Suddenly migration has picked up tempo and birds are everywhere. Here're a few pics of some of the local birds. Starting in reverse chronology, this morning's walk with Suki turned up some stunning Red-footed Falcons. 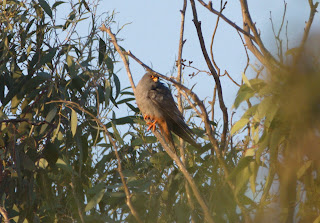 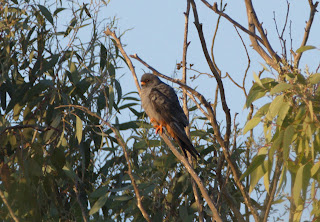 I was moving around the tree to try and get a better angle when I heard the angry calls of the local Hoodies. Looked up and the falcon was coming by me fast before it flew off across the fields. 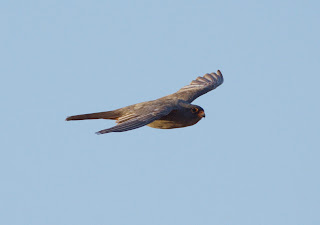 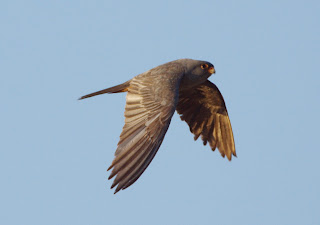 Shrikes there are aplenty. Huge numbers of Red-backed. A few adults 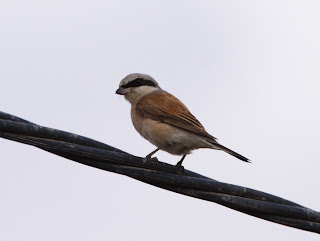 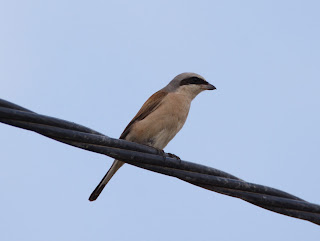 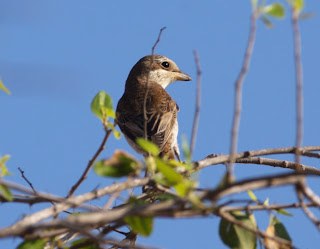 A long staying Lesser Grey Shrike - this bird has been on the same wire for nearly two weeks. I tried getting photos from the car but every time I stopped it flew off. Yesterday I simply walked up underneath it and it didn't seem to care. 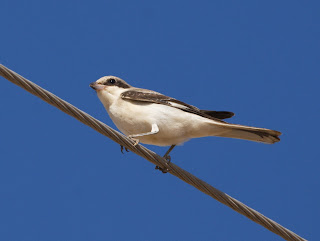 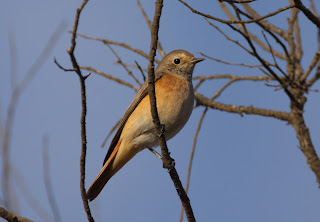 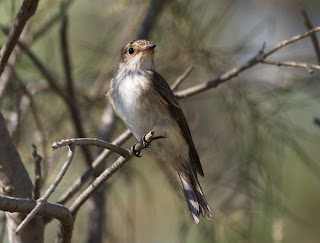 as well as quite a few (rather pale) Whinchats. 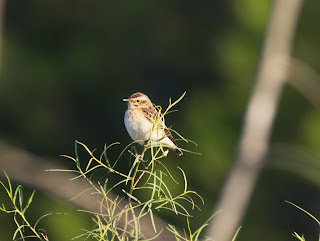 Checked out the puddle at Besor yesterday morning. Impressed by the numbers of Bluethroats - here're some photos of two of the most confiding ones. 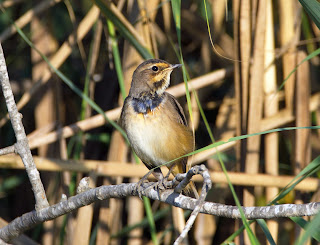 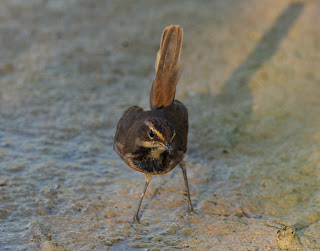 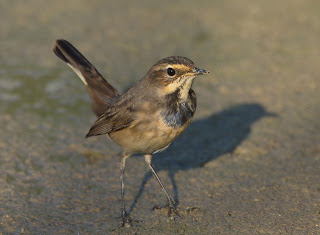 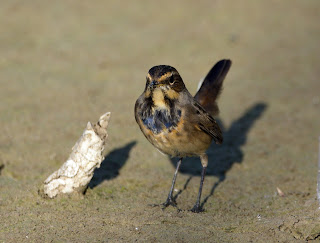 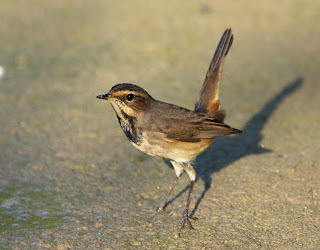 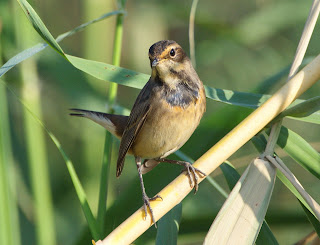 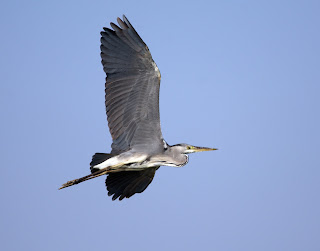 Many Kingfishers - once again, reasonably confiding. 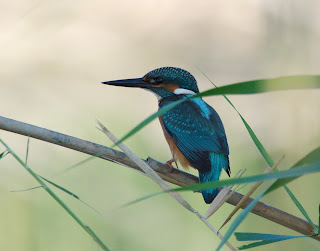 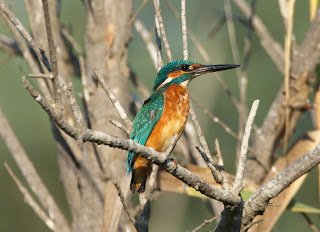 A very frustrating Little Crake that kept its head behind the vegetation while the rest of it was in the open. 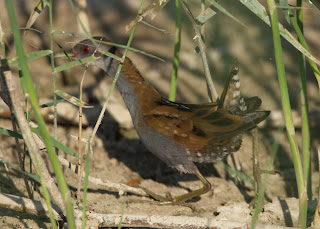 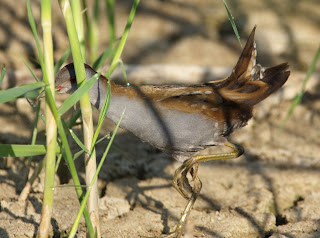 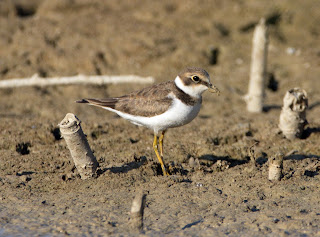 and a young Roller still not as colourful as its parents. 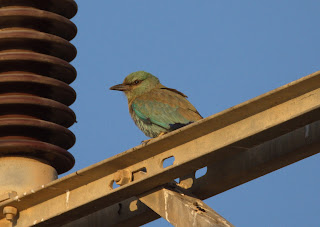 Finally some bad news - found this injured juvenile Little Bittern. It doesn't seem able to use it's legs or wings so possibly it was hit by a car. I'll take it to the vet tomorrow and see what the situation is but I suspect it'll be a one-way trip for it. Such a shame. 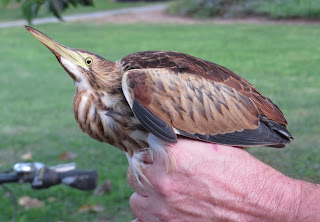