Teamed up with Itay Herling this morning for a quick tour of the Besor stream. The morning started well enough with a shy Water Rail and a Spotted Crake. 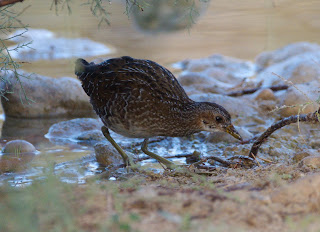 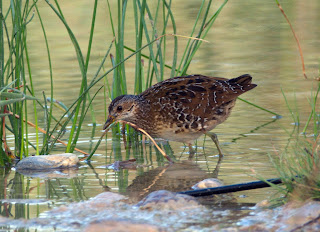 I'd been complaining about the lack of harriers this autumn (only one so far on the Nir Oz fields where there should have been a steady passage) so this Pallid Harrier was a welcome (record shot) sight. However, numbers are vastly down on last year. What's going on? 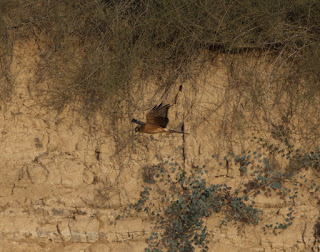 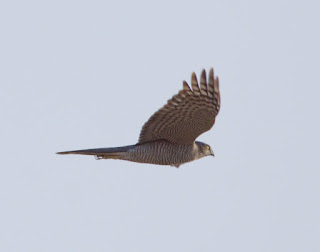 Reeds have overgrown much of the water fringes making it great habitat but we only saw singles of Sedge and Reed Warblers - should have been many more. We moved upstream a bit to check out a site that was productive last winter but it too was overgrown. Once again, only a single Reed Warbler. Superb views of the ever-lovely Kingfisher though. 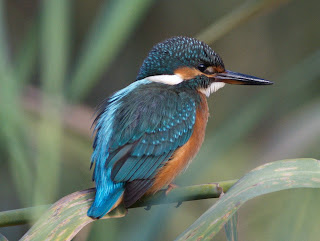 Lots of Whinchats about as per the last few weeks. Ditto Red-backed Shrikes - we must have seen 30+ juvs this morning. 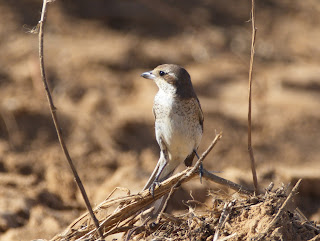 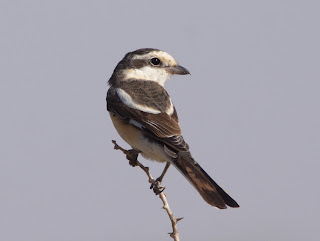 Small numbers of larks in the fields - mainly Sky with a few Short-toed. Once again, the lack of numbers is odd and rather worrying. Willow Warblers usually come through in huge numbers but there's only been a trickle this year. 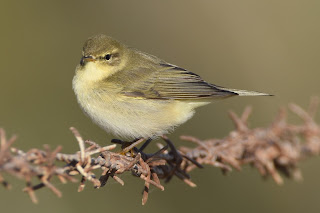 Finally, from the Nir Oz fields, a rather late Lesser Grey Shrike. 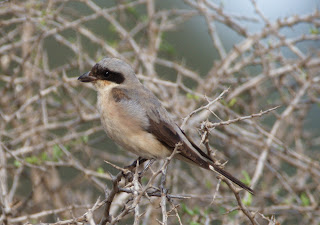 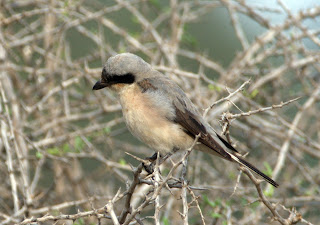 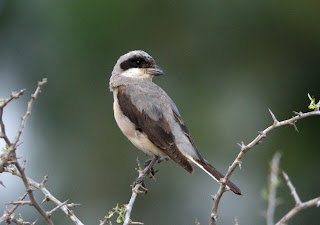