Spent the weekend in Eilat. Met up with Shachar at the bird park which was quiet except for some Penduline Tits. We then headed for the date palms to see if we could connect with the Olive-backed Pipit. We did, but only by call. Most frustrating. We then decided to swap rarity for beauty, gave up on the pipit and headed for Amram's Pillars. Desert birds, especially if common, can be overlooked and underappreciated but check out the colours on these birds. Sinai Rosefinch . . . 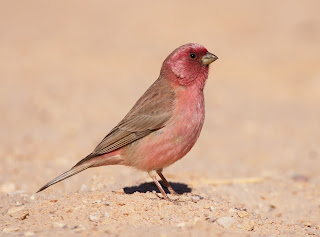 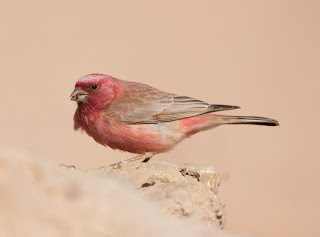 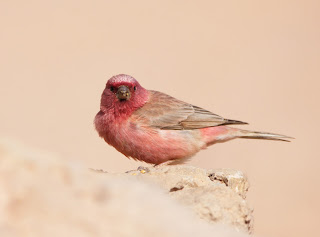 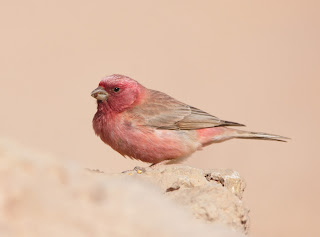 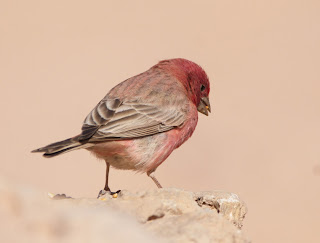 Ok, the females are a bit drabber but still cute. 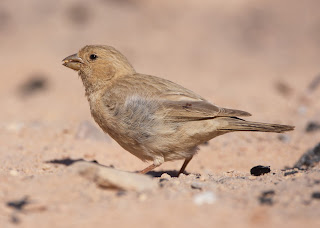 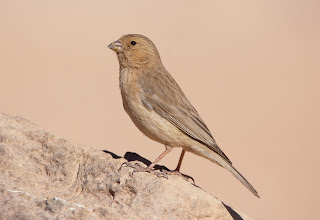 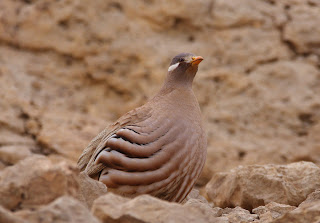 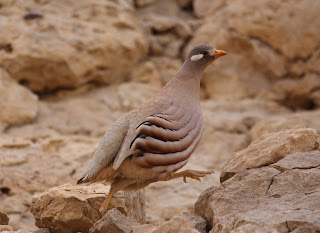 Plenty of Trumpeter Finches around too. 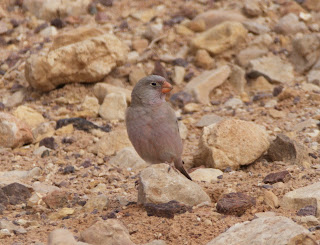 And now for wheatears. White-crowned Black. 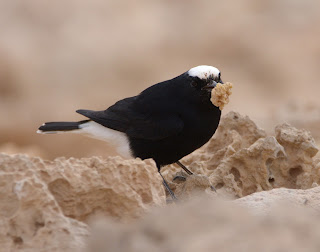 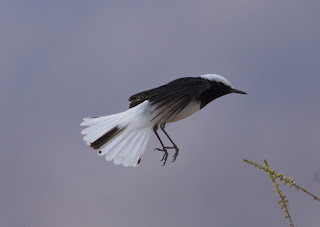 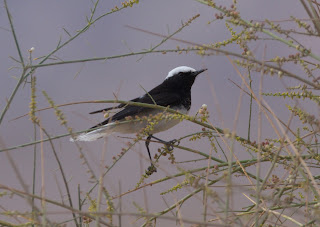 this Mourning Wheatear flew up and took the Hooded's place. 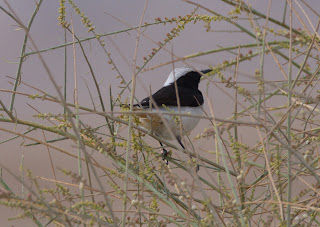 Same thing happened later - this Hooded replaced by a White-crowned Black. No idea where the Hooded went or where the WCB came from. 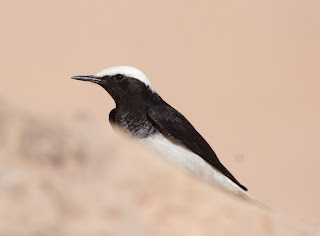 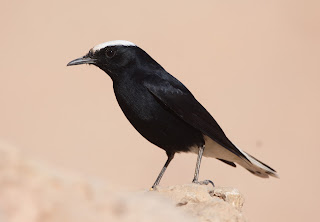 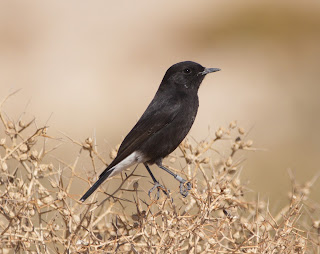 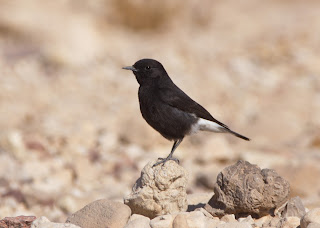 And Blackstart - common but full of character. 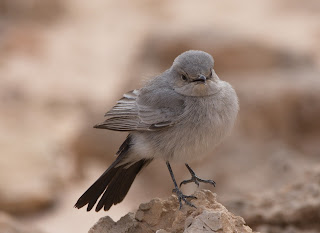 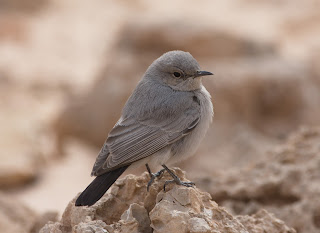 Asian Desert Warbler - another real gem of a Sylvia - love that combination of yellow eye and cinnamon tail. 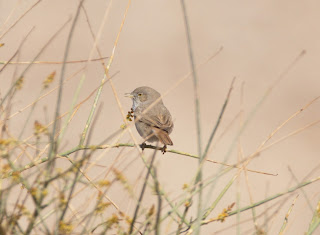 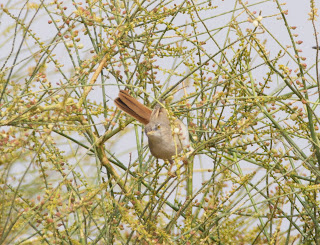