It's been a quiet late summer/early autumn for me. Not much birding done at all. Lesser-grey Shrikes came through on schedule but this year were even warier than usual and wouldn't allow any approach with a camera. Ditto Golden Orioles - yesterday I saw three flitting about the tree tops as I got into my car. They flew off as soon as I raised my camera.... Good numbers of juv Red-backed Shrikes through too and a group of Arabian Babblers in the area made a nice note. Yesterday also brought some excitement with a great Eleonora's Falcon (third seen around the kibbutz in the six years we've lived here) seen as I walked my dog around the fields. I went back later with my camera and got a couple of pics of a falcon that shot out of the trees and flew off against the light. 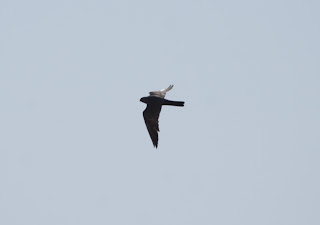 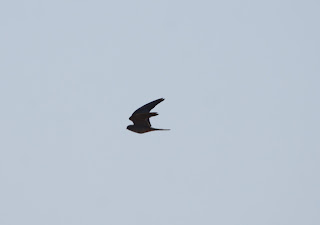 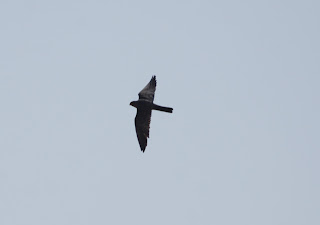 I thought this was the bird but on closer inspection found it to be a male Red-footed Falcon.

There are a smattering of Levant Sparrowhawks around. Ever wary (the local Hooded Crows and Jays keep them from being too comfortable), but occasionally one appreciates my stalking efforts and sits still enough for a photo or two. 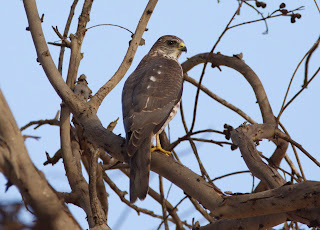 And the ever photogenic Black-eared Wheatear. 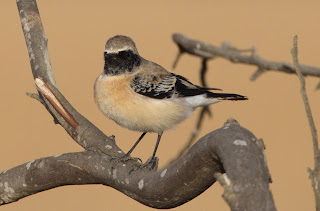 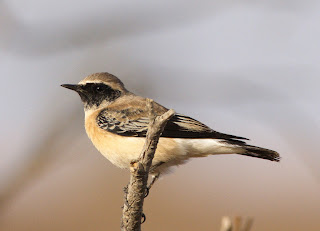 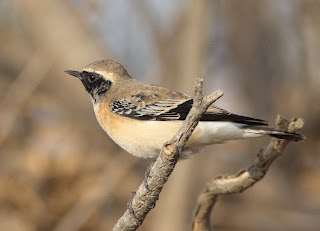 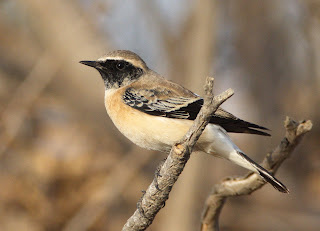 Finally, so many Bee-eaters around - these were resting on the ground near some bee hives - too full to fly? 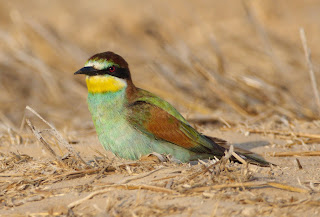