We took the 3rd May night train from Tbilisi to Yerevan and met our guides, Ani Sarkisyan and Artem Muradkhanyan, at the station. Within a few minutes I felt as though I was in the company of old friends, not people I'd just met - the famous Armenian hospitality and friendliness in action. With such a short time in Armenia we had previously agreed to visit the three hotspots of Mt Aragats, Vedi and the Armash fish ponds for the best chance of a good number of Armenian specialities. Armenia deserves at least a fortnights trip to do it justice. Next time. . . . 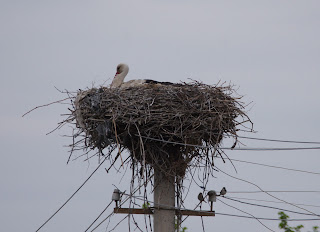 Driving out of Yerevan we noticed many White Stork nests on telegraph poles in villages. White Storks  are said to bring good luck so they are encouraged (or at least, not discouraged). Also notice the House Sparrows at the bottom right of the photo taking advantage of the larger nest to build their own. Win win! We arrived at the foot of Aragats in cloud and light drizzle. Strangely, we did not see the armenicus Stonechats that should be on the slopes. However, a superb White-throated Robin put in an appearance as well as a male Common Rosefinch. 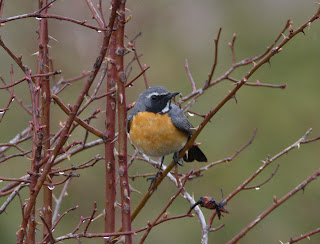 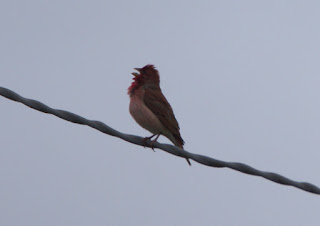 We drove slowly up the road checking the surroundings (Corn Buntings, Magpie, Cuckoo, Booted Eagle, Buzzard) before pausing for a tasty breakfast (dolma, salads, pickles, bread) in the continuing drizzle. A small group of Ortolan brightened up the picnic place. A bit further on, perched on some rocks by the roadside we came across another Aragats speciality - the first of many Radde's Accentors! 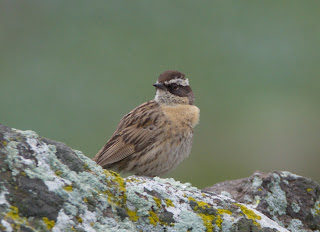 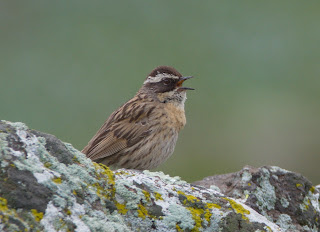 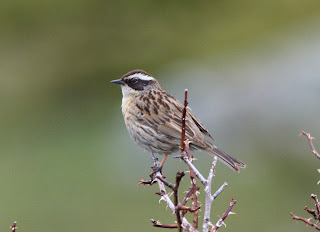 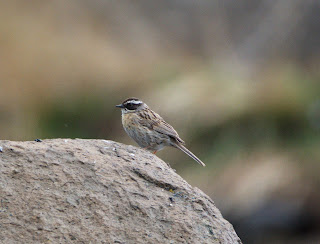 Just after this was the surprise of the trip - a flock of ~250 Waxwings. Ani had reported this very unusual irruption ten days previously and we were surprised to see they were still on site. Wow! 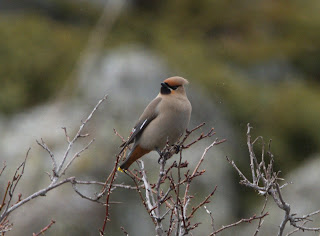 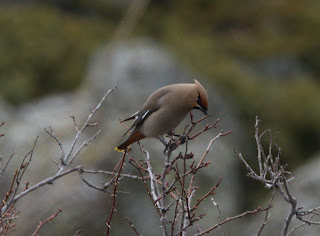 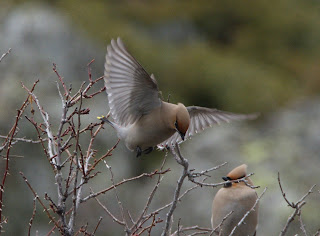 A plentiful supply of food is what is keeping them here. 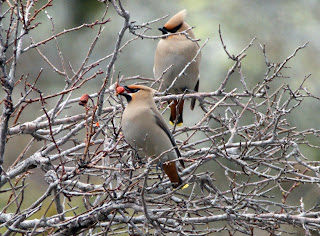 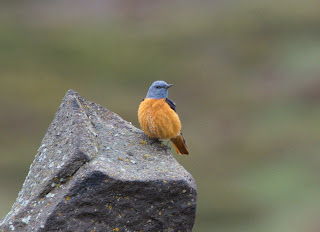 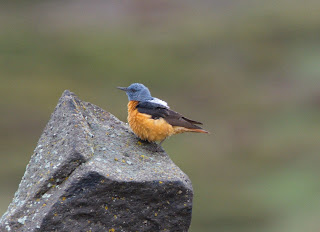 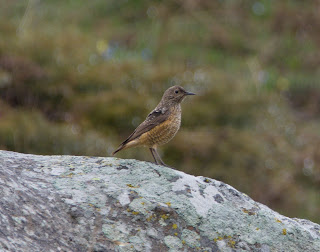 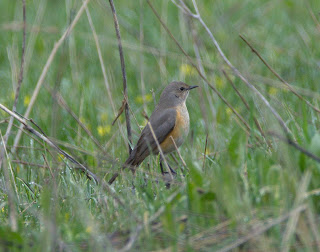 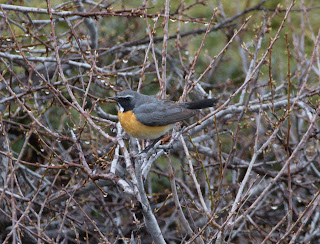 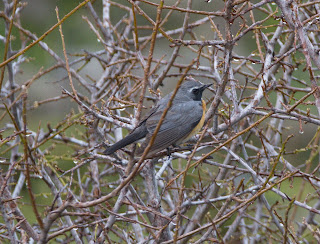 Linnet - very common but this individual was quite possibly the brightest one I've ever seen. 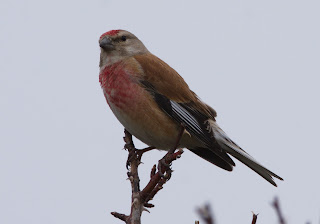 A single Merlin flew over - unusual at this time of year and perhaps kept here by the profusion of Waxwings? 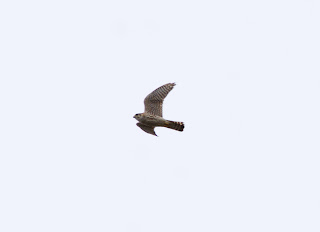 Ring Ouzels, Ravens, Red-billed Choughs, Long-legged Buzzards, Swifts, Swallows, White Wagtails (including the Siberian dukhunensis ssp) and Rock Nuthatches at Amberd. We then retraced our steps down the mountain in order to take the road up to the meterological station. We checked out Lesser Spotted Eagle and a kettle of 15 or so Honey Buzzards but above the snowline things got more interesting. A few Twite (Caucasian variety) showed themselves briefly. Water Pipits marking out snow patches and then suddenly - Horned Larks. A whole flock of them. Lovely little birds. 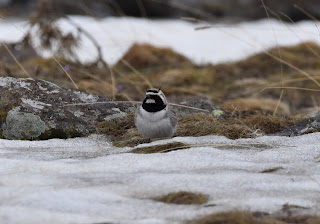 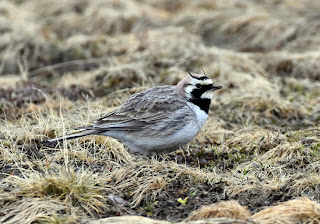 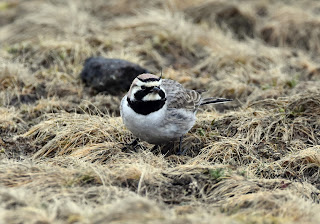 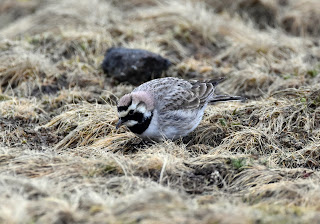 Even further up we came across the bizarre spectacle of a Cuckoo sitting on a rock in the snow. 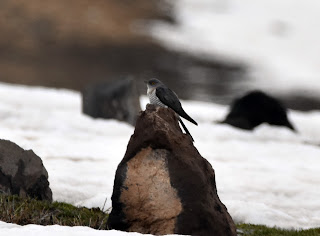 It was starting to get late in the day and at our last scanning spot we finally caught sight of Alpine Accentor. Four of them and unfortunately not close enough for even a record shot. So ended our first day and we were more than a little impressed. Such a profusion of birds!

Ani and Artem deserve another mention - their field skills were awesome and very little escaped their notice.