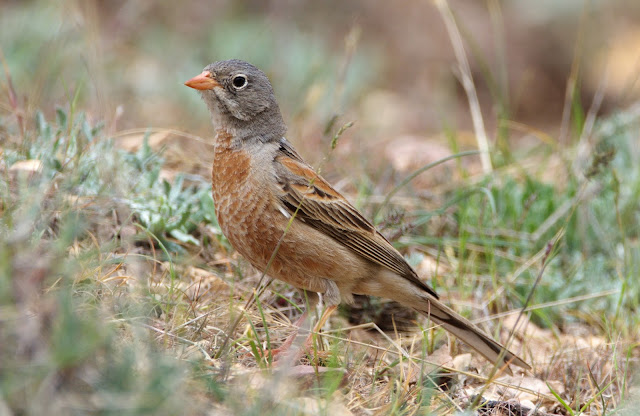 May 5th. We exchanged the rain and snow of Mt Aragats for the wadis of Vedi to look for Grey-necked Bunting and Eastern Rock Nuthatch. 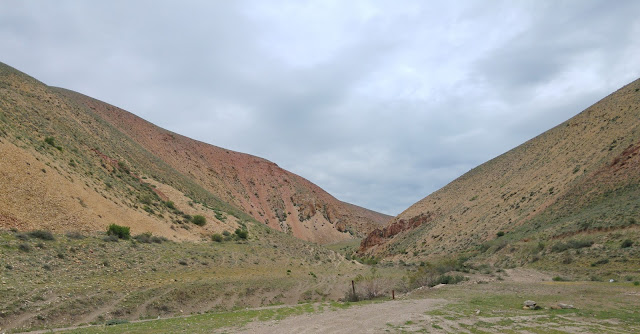 We picked up the songs of Grey-necked Buntings almost immediately although it was not easy to locate them on the hillside. After a couple of minutes though, an Isabelline Wheatear (obligingly) chased a bright male almost to our feet. The bunting quickly settled down and resumed singing. 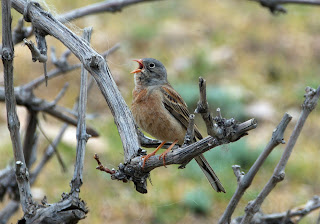 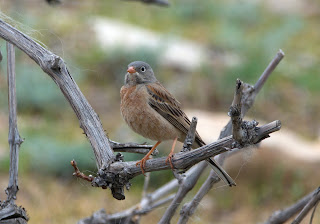 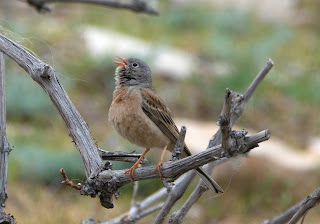 As we progressed up the wadi we saw and heard more and more of them, 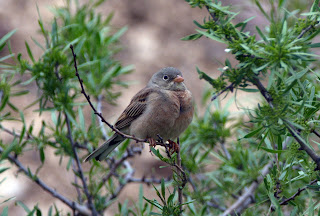 including this one with a Black-headed Bunting sitting behind. 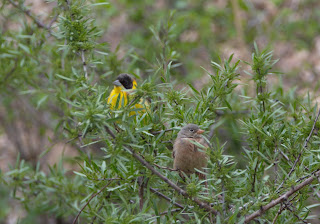 Ani and I were both scanning the outcrops for nuthatches and we both saw this Rock Sparrow. A few seconds later Rod called 'nuthatch' and there it was - sharing the lookout and only just visible. Better views came later when the sparrow left. 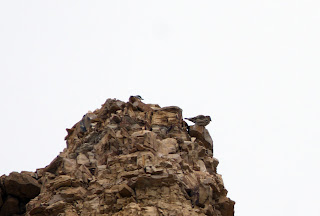 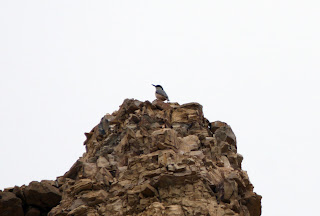 Two more lifers under our belts! We didn't connect with Persian Wheatear but did see Isabelline, Black-eared and Finsch's (below). 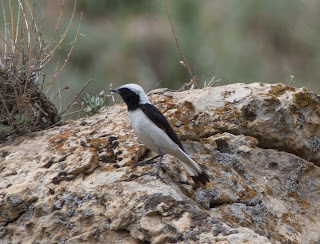 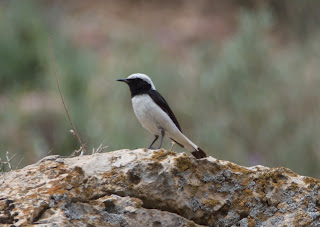 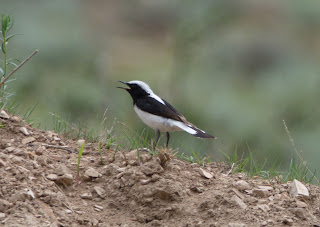 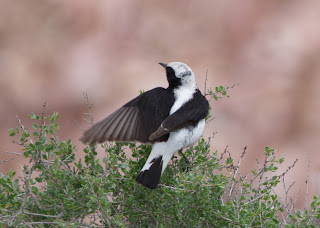 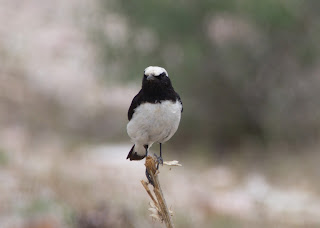 On our way back down the wadi this Grey-necked Bunting spent a few minutes feeding and singing just a few m away. 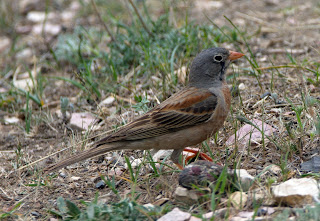 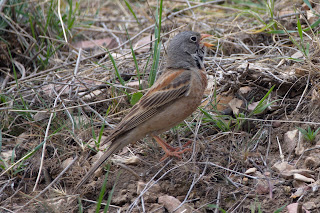 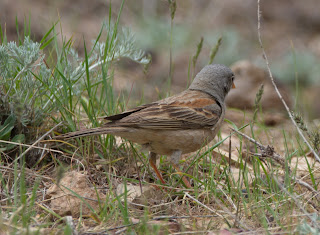 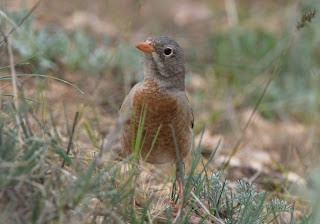 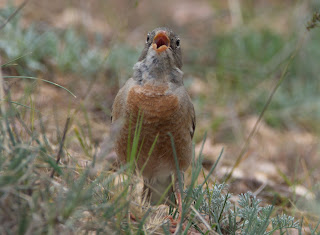 Other buntings were Ortolan 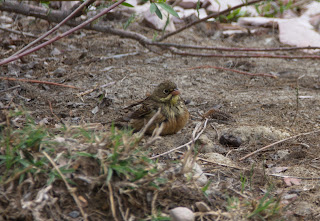 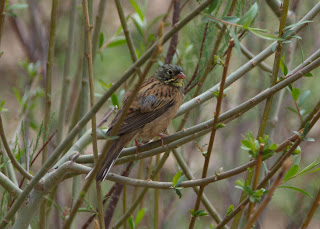 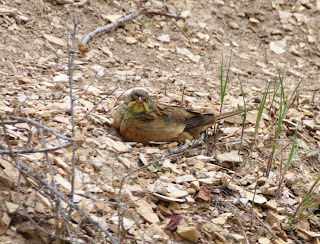 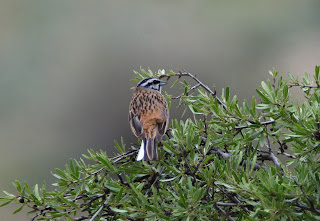 As we drove out of the wadi an Eastern Rock Nuthatch flew down beside the car and started searching for food. 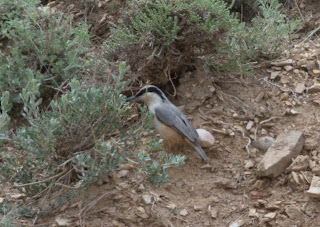 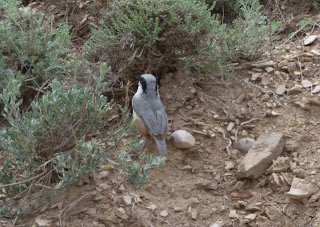 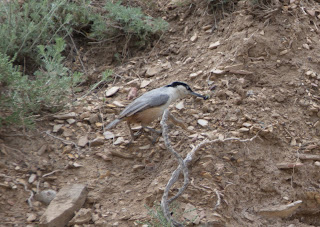 Other birds here were Raven (+ three chicks), Black Vulture, Woodchat Shrikes, Bee-eaters, Crag Martins. We only had a couple of hours here but once again the quality and quantity of the birds was fantastic.