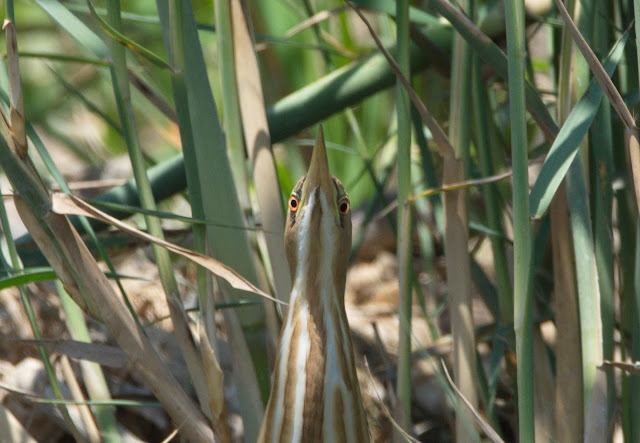 The crake patch at Besor has turned up trumps again. All three crakes still there this morning as well as a Little Bittern. This is an uncommon migrant and I've only seen three before - all brief flight views. Strange thing is, I was thinking about Little Bitterns this morning and why I hadn't found any here this Spring. Bitterns are up there with crakes on my birds-I-can't-get-enough-of list so I was thrilled to find one that was actually watchable. This female bird gave the game away by creating vertical lines against horizontal(ish) vegetation. 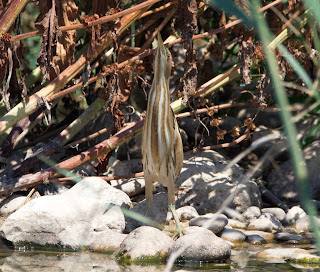 As I sat down to wait for it to relax it scarpered. I found it later - a lot better concealed. 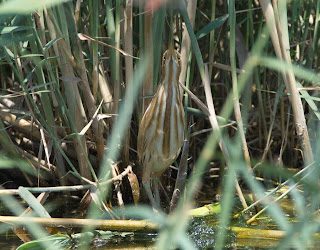 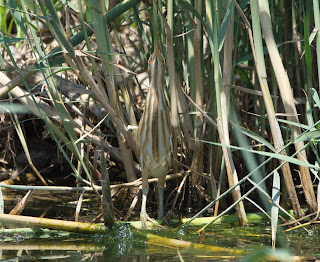 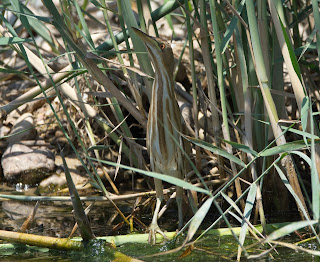 Once again it scarpered as soon as I lost eye contact with it.
And once again I found it - this time deeper in the reeds. 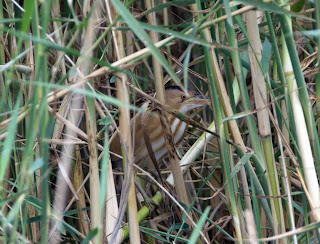 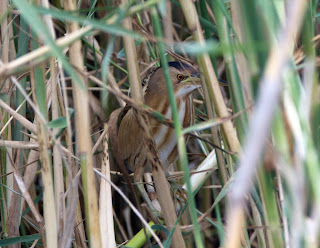 Two male and two-three female Little, three Spotted and the Baillon's Crake are still busy in the pool. Almost impossible to take a photo the Baillon's with its head sunlit. 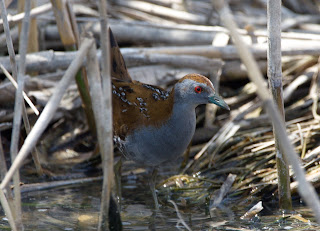 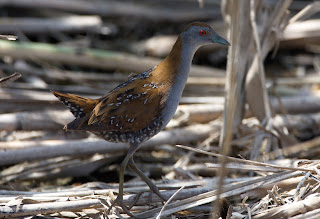 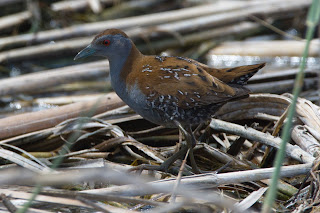 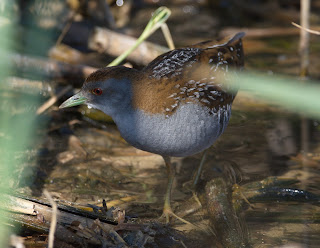 The chubby Spotted Crakes don't mind coming out of the shadows. 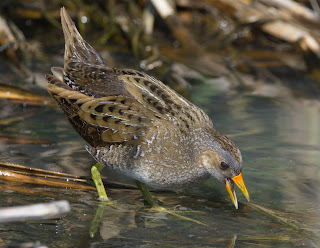 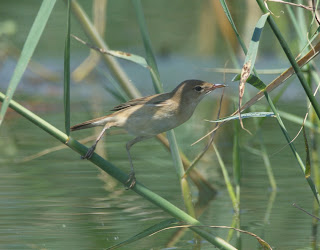 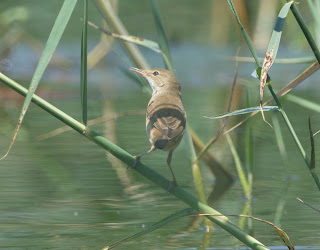 and Sedge Warblers kept up a noisy performance. Great. 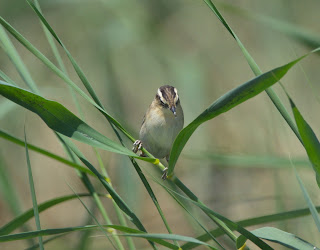 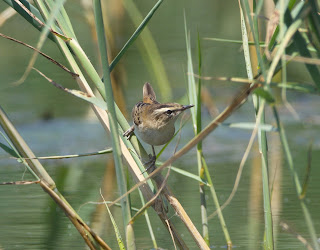 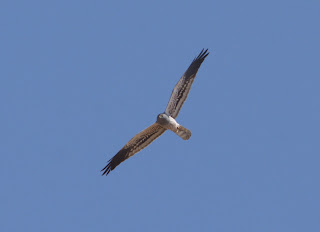 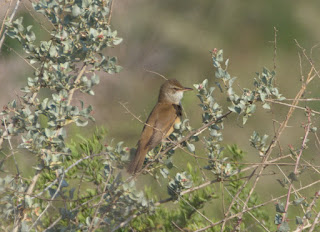 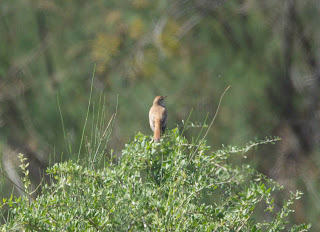 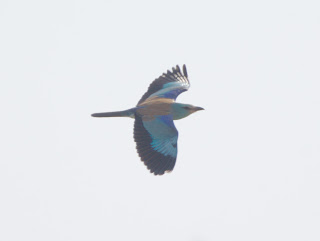 Bee-eaters are looking for nest sites. 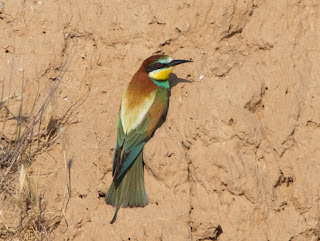 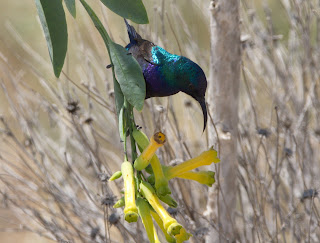 but it seems as though they take a shortcut with this flower and stab directly through to the nectar filled base. No pollination trade-off here. 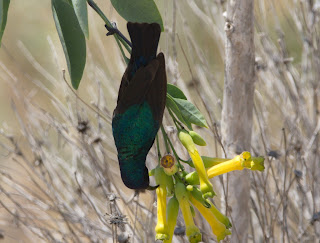 Had a quick look for wagatils at the composting site but the piles were being turned so I left. 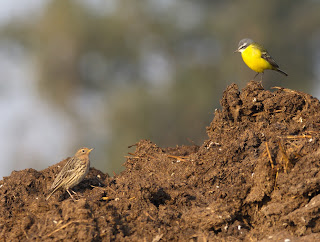 The 'xanthophrys' is still around though. 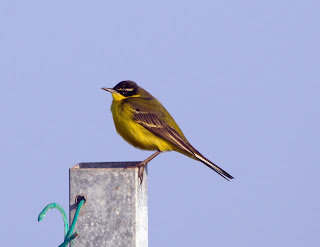 Finally a gorgeous blue flower - looks like Cichorium endivia but with fewer petals. 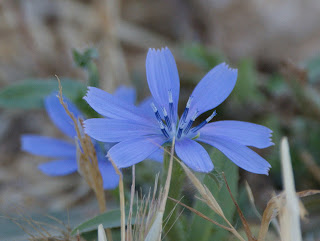 And a lucky shot of a dragonfly as I was waiting for the crakes to come out. 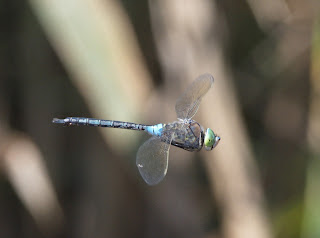