This bird has understandably been very popular in the past couple of weeks - a mega rarity, a charismatic raptor and showing loyalty to a patch, i.e. my personal holy trinity for a successful twitch. Yariv and I tried for it last weekend but dipped. Today, Guy and I went for it and had amazing views as it hunted around the fields between Nachala and Gal'on. Around noon seems to be a good time to see it. Unlike the other eagles it moved from field to field pretty rapidly and often disappeared from view only to reappear a few minutes later. The heat haze and distance combined to make photography a bit of a challenge. Terrible photos of a fantastic bird. 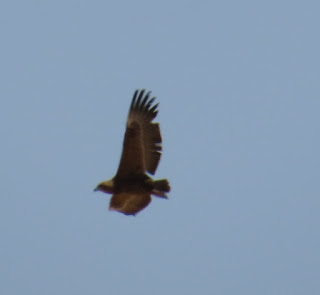 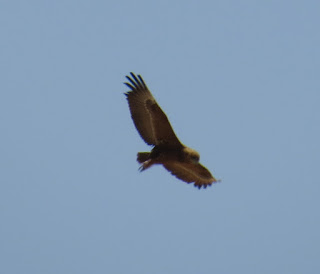 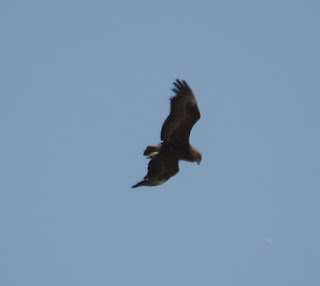 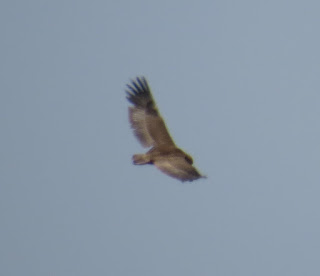 The whole area is filled with raptors - above, the Bateleur with a Lesser Spotted Eagle but there were also large numbers of Short-toed Eagles (commonest raptor by far), 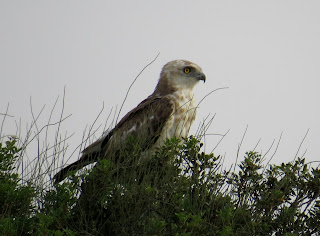 Marsh Harriers, Buzzards, Long-legged Buzzards etc. Eastern Imperial Eagle, Booted Eagle and Red-footed Falcon have also been seen in this area in the last couple of days - this site is phenomenal and the quantity and quality of raptor species seen this summer is unprecedented! A unique happening.

Closer to home the raptors are also noteworthy - the pair of Black-winged Kites is still around. Yesterday both were calling to each for a few minutes before flying off to hunt. 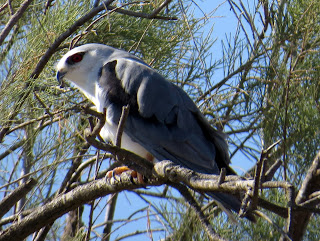 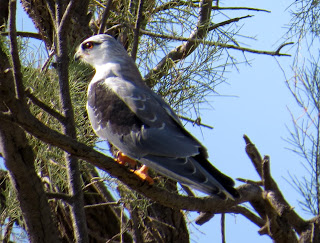 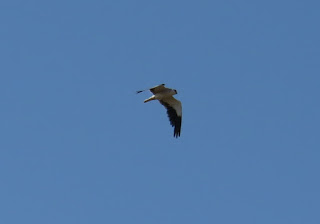 A pair of Honey Buzzards were at Besor Reservoir last weekend too. Not sure if they are the same birds from the week before or whether we have some potential summer visitors . . . 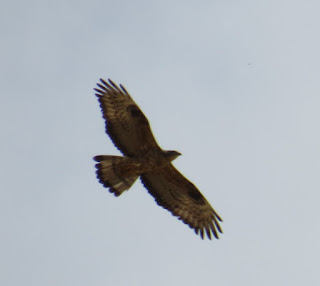