Besor  continues to delight and surprise. This morning's surprise came in the form of seven or eight Pin-tailed Sandgrouse. Never seen sandgrouse flying over reed beds before. They were out of sight very quickly but later on I managed to catch a few seconds of a distant pair as they headed off to the fields. 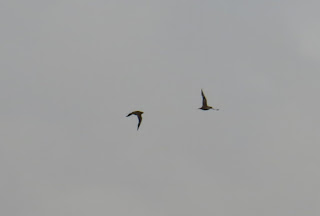 Not exactly the best photo but a record shot for the patch. Pin-taileds used to be relatively common here in the NW Negev but have declined in recent years (see Barak Granit's article: http://www.birds.org.il/en/article-page.aspx?articleId=250 ). I'm very pleased to have seen them here!

Even though its mid-summer there's still a lot of movement. The Purple Herons appear to have gone but this juvenile has arrived. 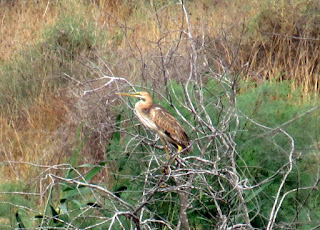 Lots of Black-winged Stilts about, a single Glossy Ibis, about 20 newly arrived Green Sandpipers, Night Herons seem to be increasing with 25-30 now, Squacco Herons by the dozen (many in full breeding plumage), 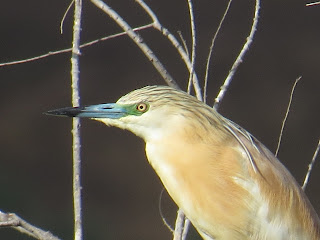 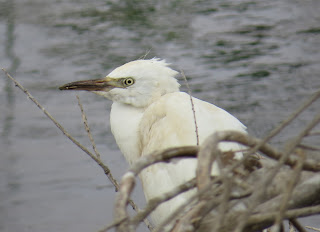 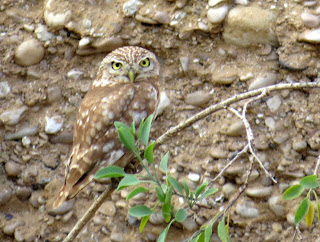 Bee-eaters all over the place, 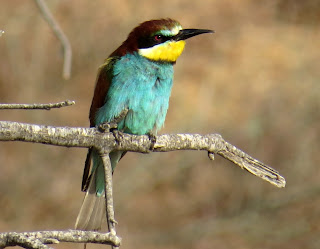 and Clamorous Reed and Cetti's Warbler (below) newly fledged birds are feeding openly. 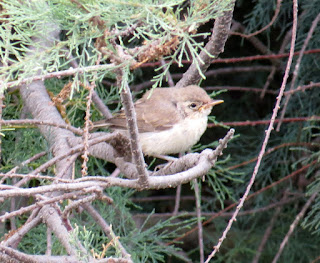 Back on the kibbutz, this Long-eared Owl chick is constantly calling for food. 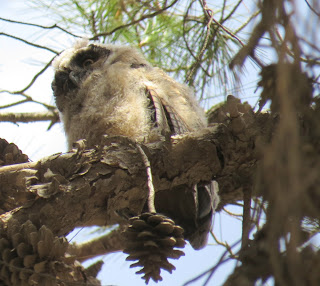