Woke up this morning to the sound of Thrush Nightingales calling from the shrubbery around our house. I had a couple of hours spare so thought it was about time to check Ha Besor Reservoir again in the hope of more crakes. Many more Thrush Nightingales were calling here too - there's a large wave of these and Nightingales passing through now. One Little Crake was feeding nervously on the reed edges but it scuttled off into hiding and did not reappear. Further round the reservoir I saw two Spotted Crakes. Like the Little Crakes from my previous visit they were very busy feeding and this one allowed a reasonably close approach. 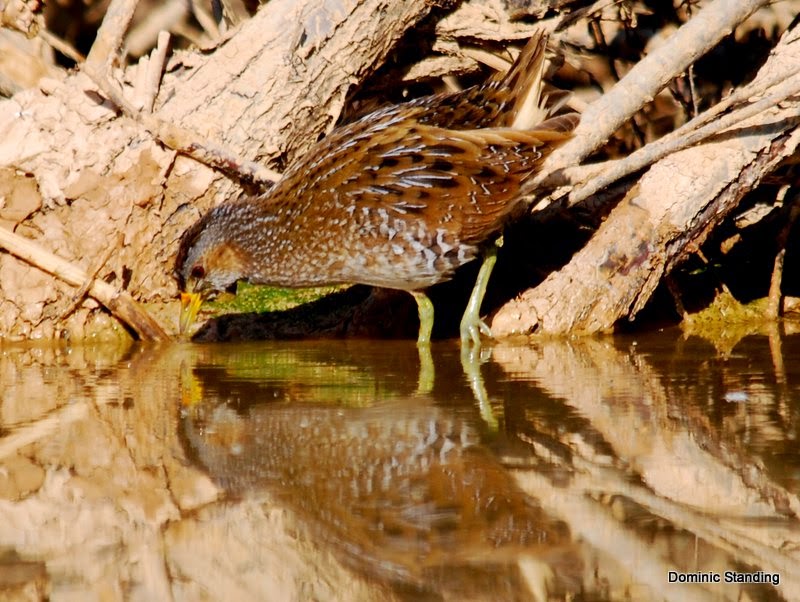 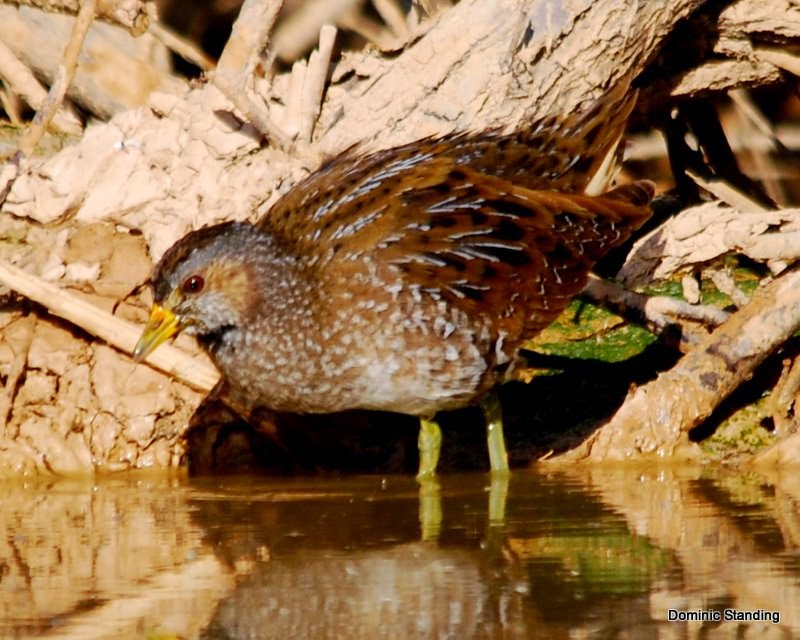 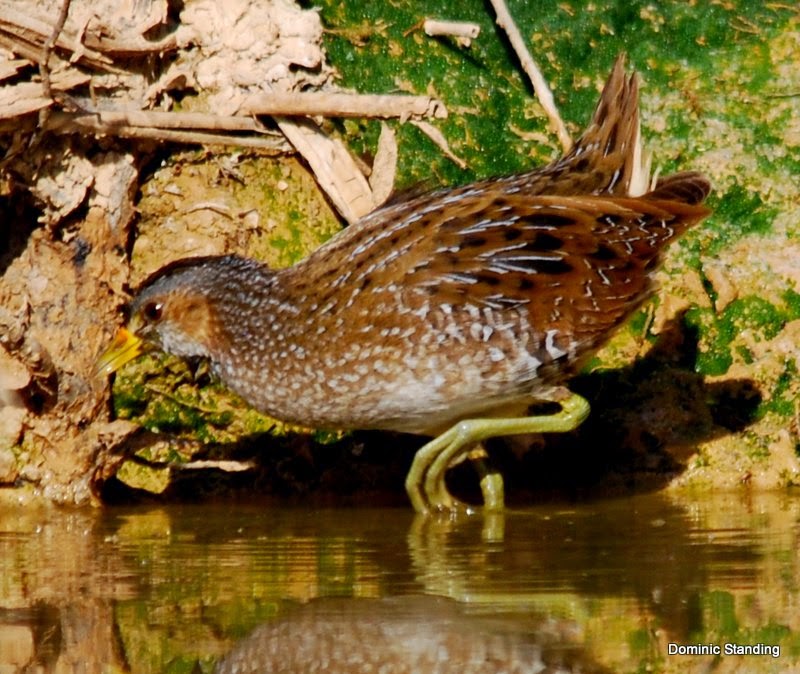 Lovely birds - I can't get enough of crakes.

Just above the crakes one of the many Nightingales popped out and sat in the sun for a few moments. 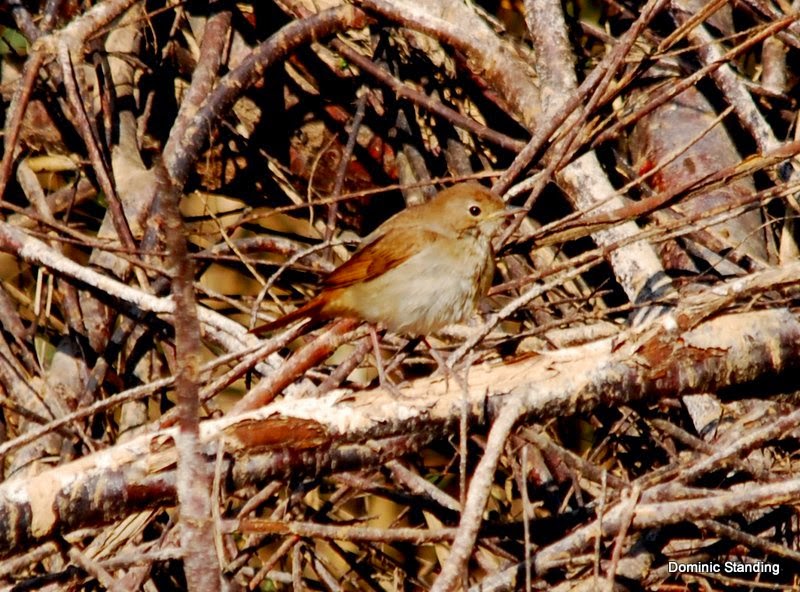 Heard a familiar song and looked up to see this Great Spotted Cuckoo flying past at some distance - managed a couple of record shots. 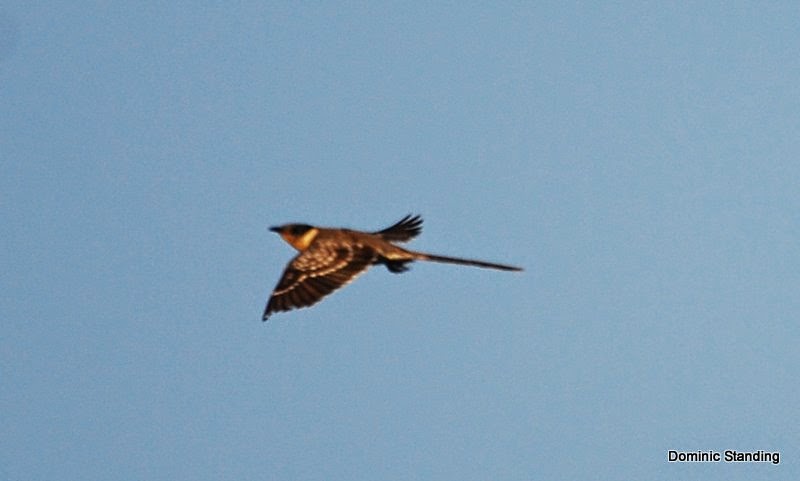 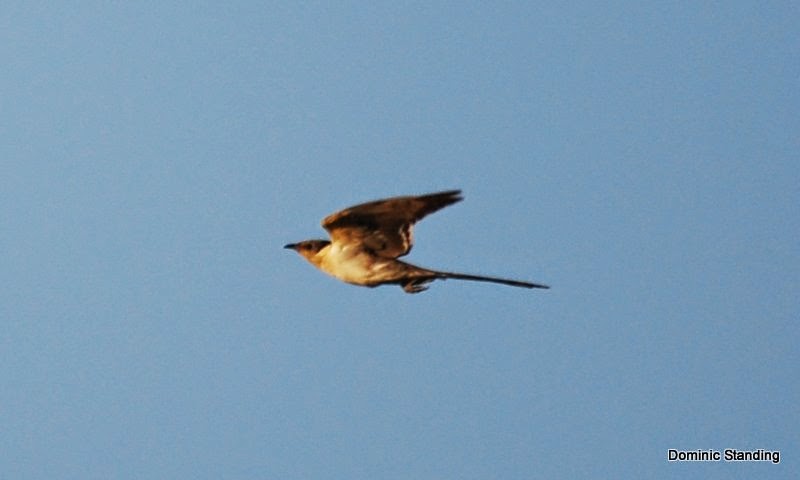 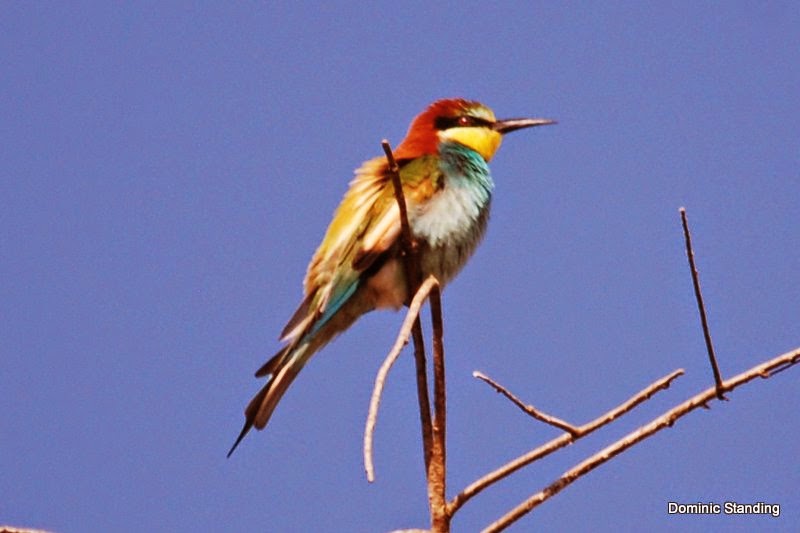 Once again, this place has turned up a good morning's birding - I'm sure it's only a matter of time before something really unusual turns up.
at April 05, 2014