Arrived at Har Amasa early on an uncharacteristically overcast and cool morning. After a few minutes of not much happening at all I heard a Long-billed Pipit singing. After a bit of scannning I found it perched on a rock, occasionally flying up to display/sing before returning to its perch. Lovely views of its back plumage. 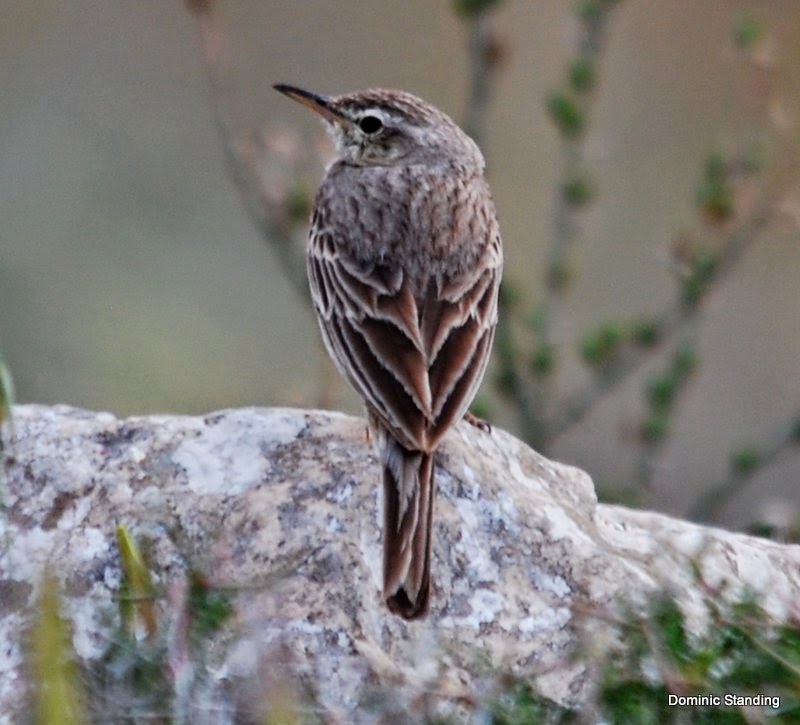 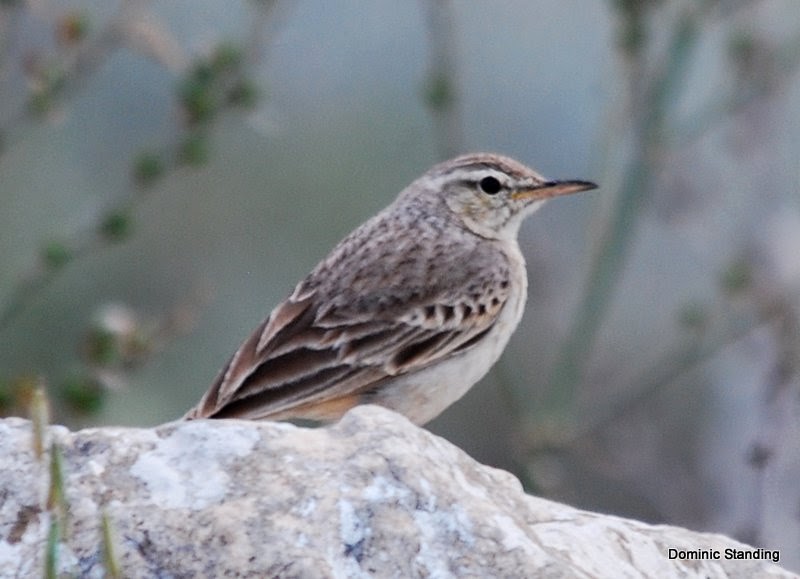 A brief bit of sunshine allowed the colours to warm up a bit. 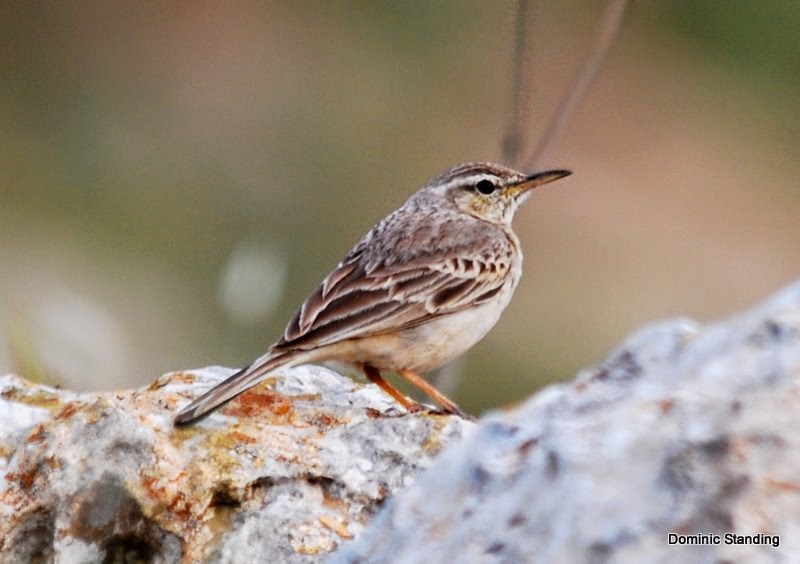 Near the kibbutz I stopped to watch some Serins - this very dark cheeked male having a morning drink. 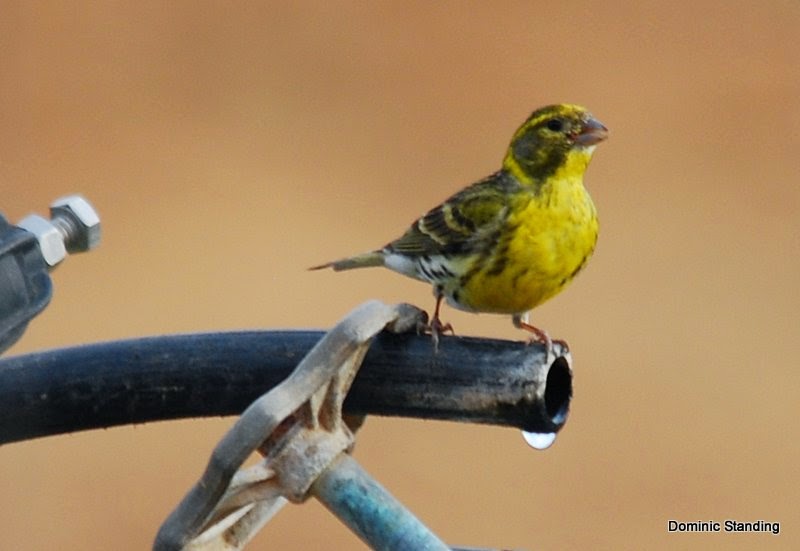 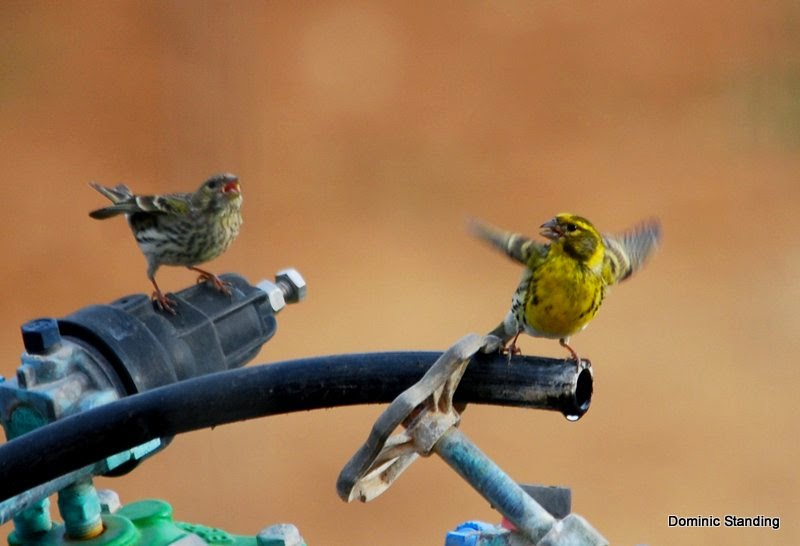 they size each other up, 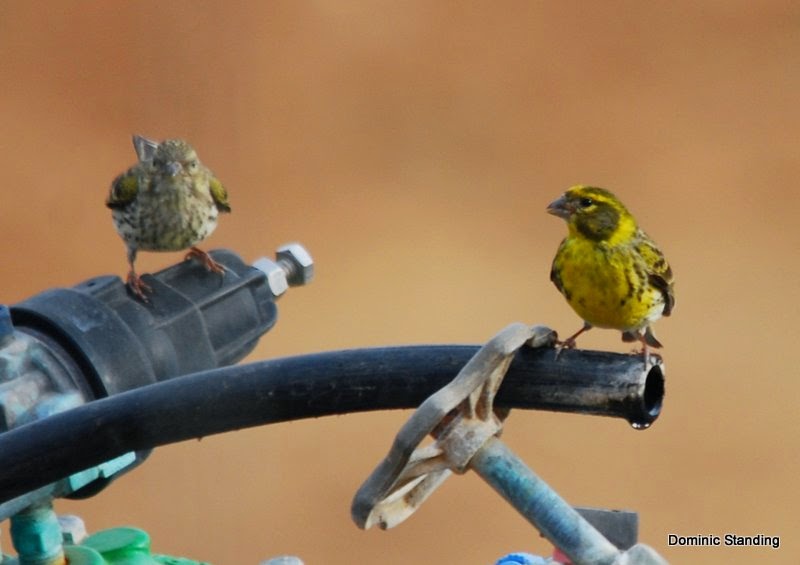 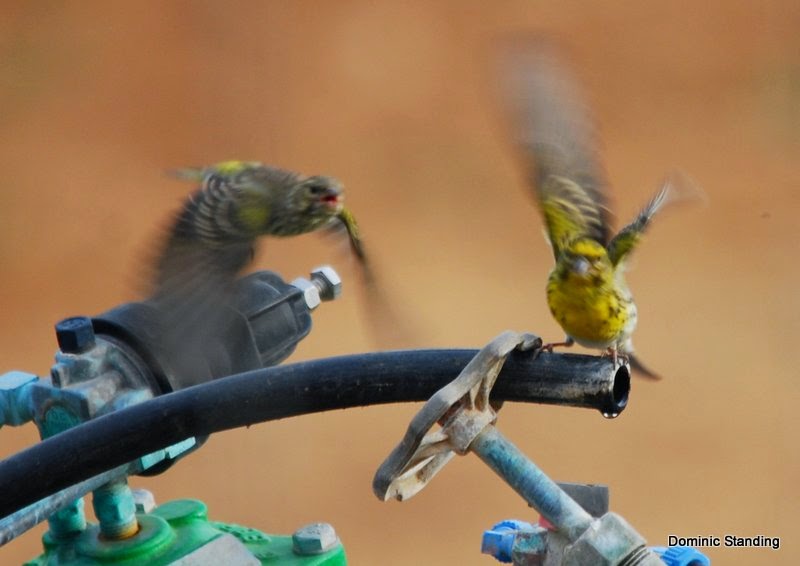 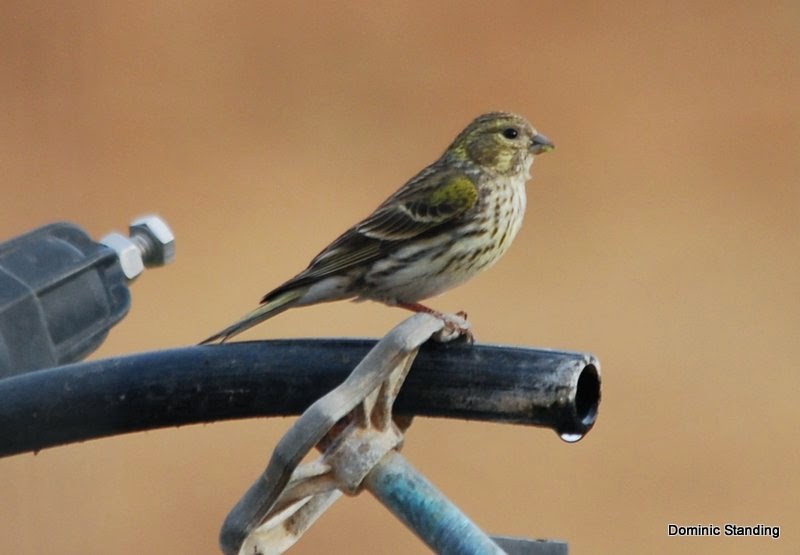 Up on the top of Har Amasa a Sparrowhawk kept the passerines low in the bushes and I didn't see much apart from some flocks of Ortolans, Spectacled and Scrub Warblers and a single Rockthrush. 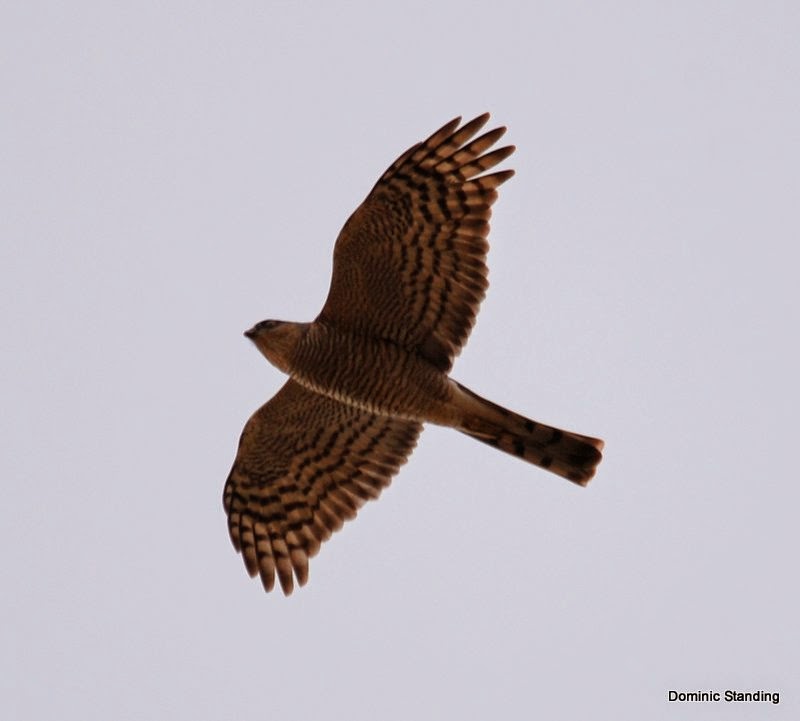 Headed downslope and heard a familar 'wheeeeze' and quickly located this Hill Sparrow singing from a rock. I heard several other singers so hopefully this'll be a good year for them. 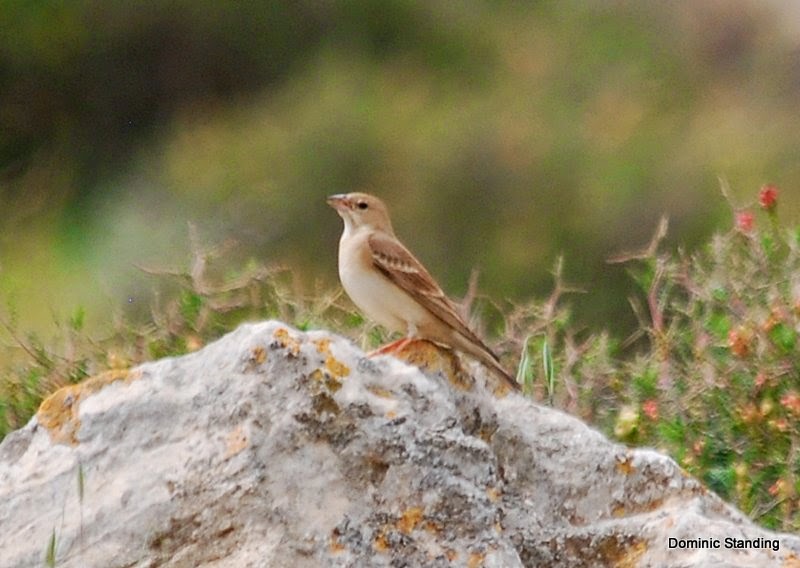 This (tastefully soft-focussed) one with an Ortolan on either side. 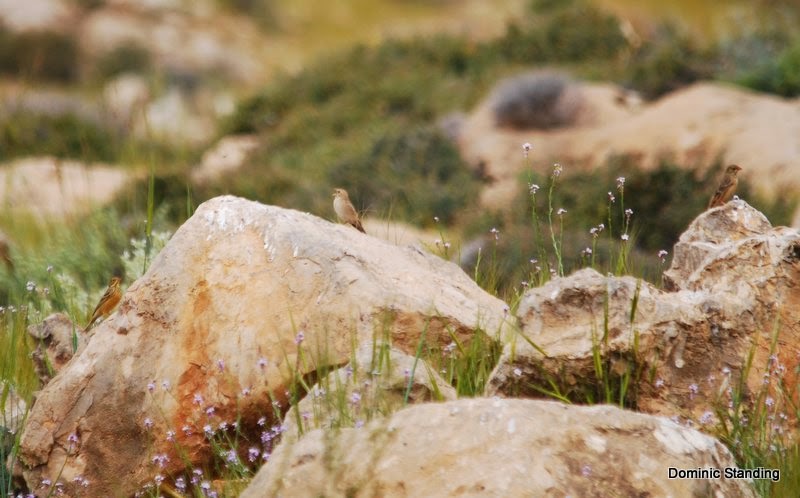 More Ortolan - I love these buntings. 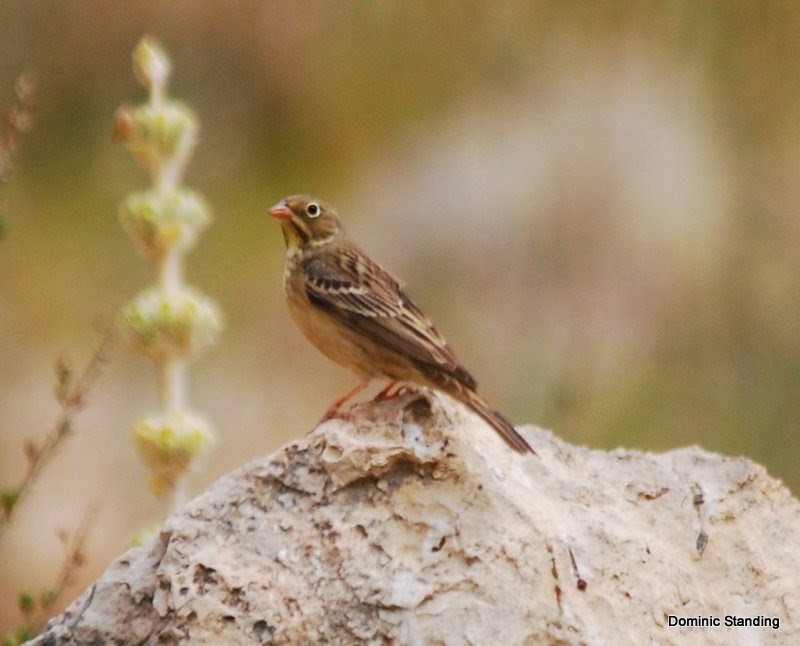 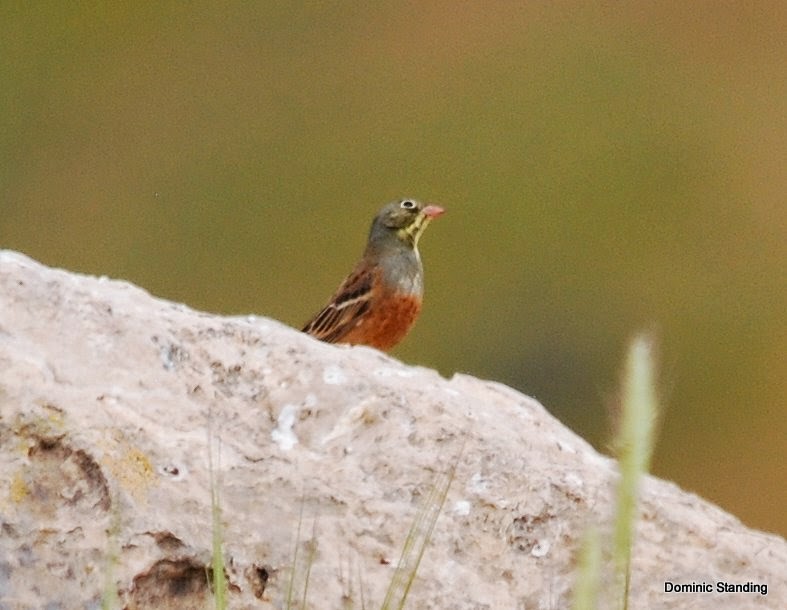 Lots of Isabelline Wheatears around on the low ground by the road, 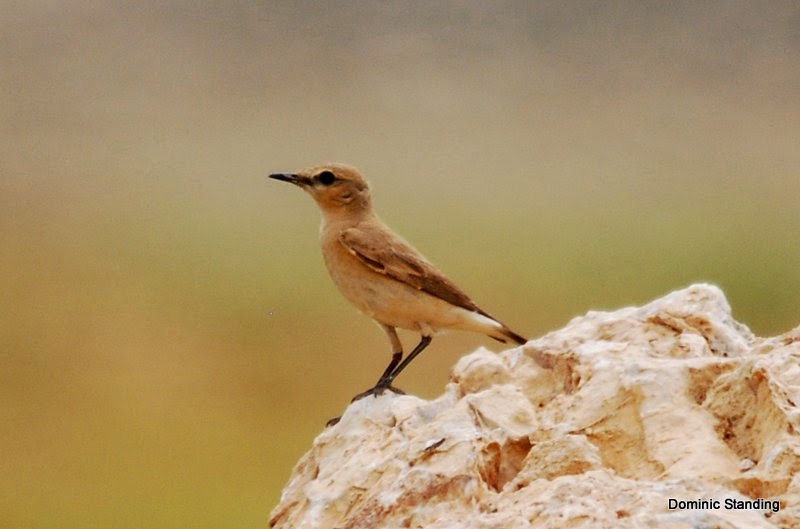 as well as many Black-eareds higher on the slopes. Final bird of the day was a stunning male Montagu's Harrier. However, it was midday and the sun was making photography impossible - this is a record shot that redefines the term . . . . 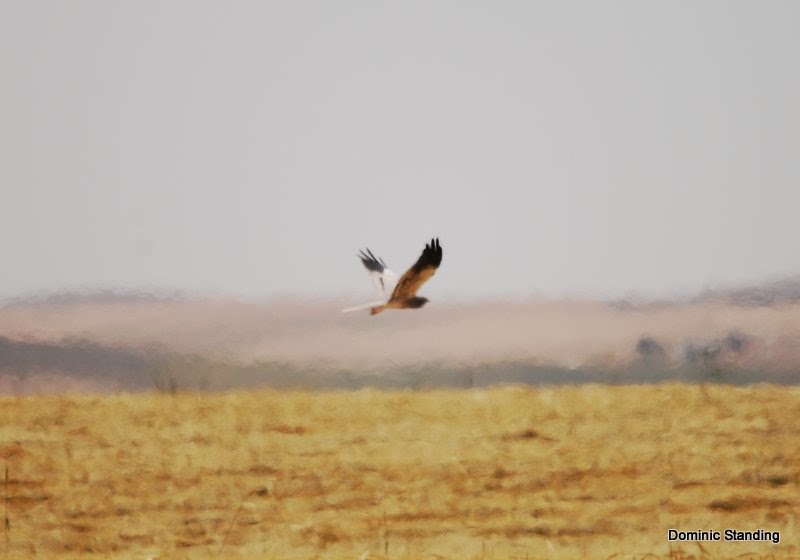