A bright and windy day - the larger raptors stay low, roosting in the fields and trees but the falcons come into their own. Many Kestrels, Sparrowhawks and one Merlin rocketing around the fields. The highlight today though was this Southern Grey Shrike. These grey shrikes can be challenging to identify but I'm confident that this is Lanius meridionalis ssp. elegans. Hopefully it's not passing through and will stay for the winter. This one perched, 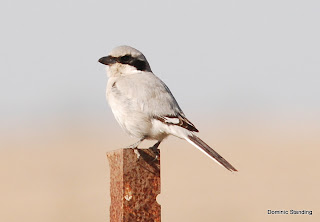 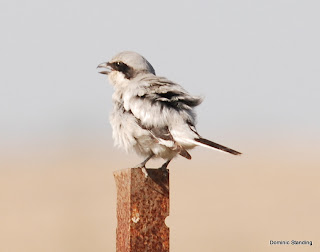 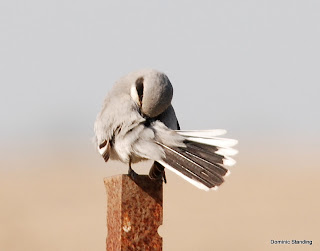 flew down to catch an insect, 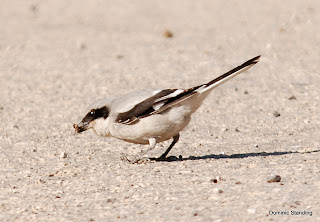 then flew off into the shrubs. 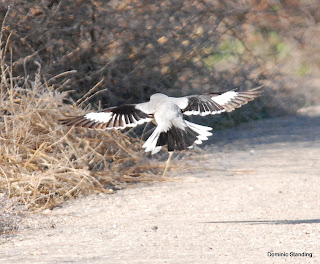 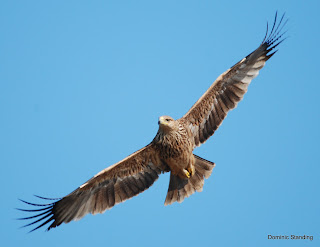 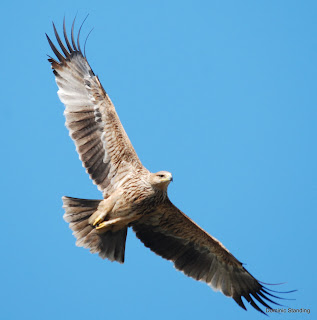 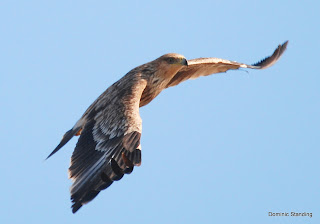 Magnificent birds. This juvenile caught the attention of a Hooded Crow - despite the poor quality of the shot I've included it to show the size differences between the two. Even though the crow is a bit ahead of the eagle the eagle has twice the wingspan. 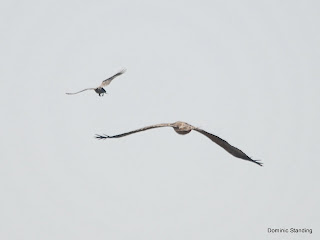 Kestrels are difficult to photograph - they don't allow close approach and fly off fast. I was pleased to get these two portraits of a female and male. 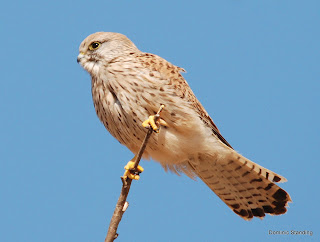 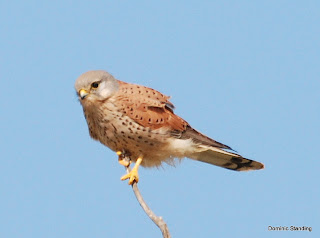 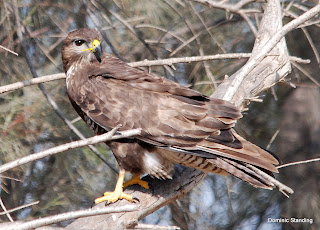 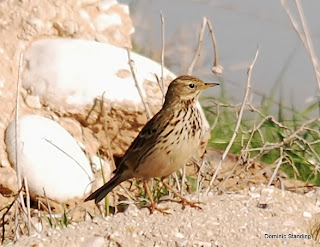 and Red-throated Pipits among them. 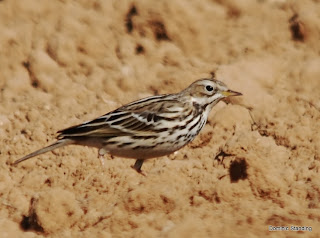 Sunbirds appear to be increasingly active. The males are iridescent 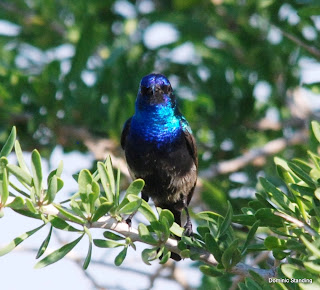 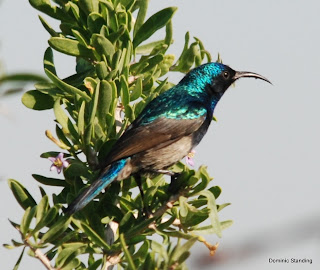 and the females decidedly less so. They do have a charm of their own though. 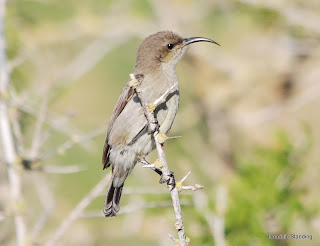