The last few days have been fairly quiet in terms of new birds at Nir Oz. Having said that, the Steppe Grey Shrike, Sociable Plovers, Eastern Imperial Eagles, Hen and Pallid Harriers are all still here and have been joined by the Booted Eagle. Below are a few shots of some of the commoner birds around at the moment.

One of the numerous Kestrels, something edible in one of its claws. 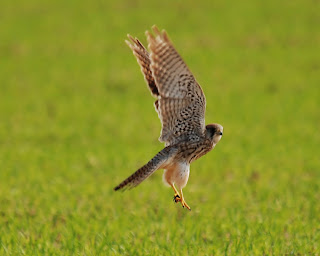 One of the Buzzards being mobbed by Hoodies. 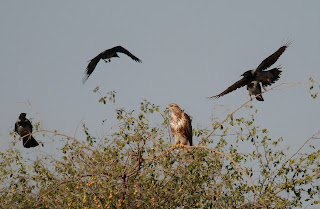 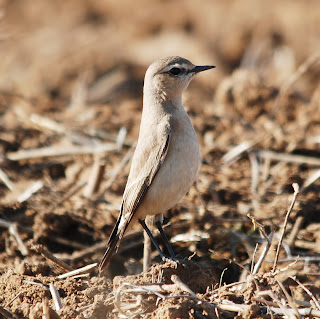 Some of the Corn Bunting flock that like the fields near the pomegranate orchard. 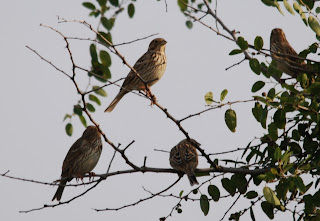 Spanish Sparrows are plentiful around the cowsheds - this individual looks like a composite of other Sparrow parts. 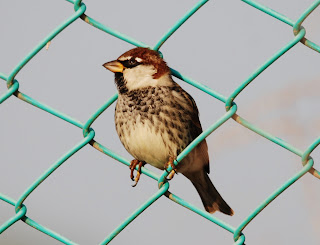 There were some 85 Stone Curlews together earlier in the Winter. They've dispersed now and most can be found near Magen. 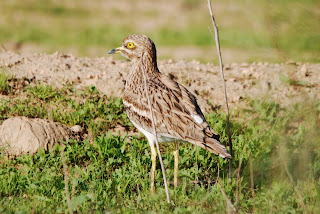 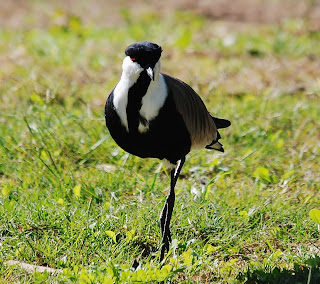