The Sociable Plovers have been missing for the last few days. The southern fields, where they were, were also denuded of Lapwings. I thought they may have moved on and so I was delighted to find three of them in the north fields. Once again, they were associated with a/the Lapwing flock. 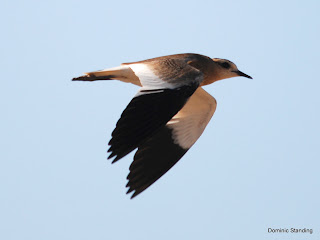 The drive to the north fields turned up some good birds too. In the distance, to the west, a large falcon attacked a Peregrine which flew off low and very fast. The larger bird settled only to be attacked by a Black Kite. As they flew about I managed decent enough views to call it a Lanner Falcon.

Two Golden Jackal went sprinting across one of the ploughed fields. I've seen this pair on several occasions - they are wary but don't seem to mind human presence too much. 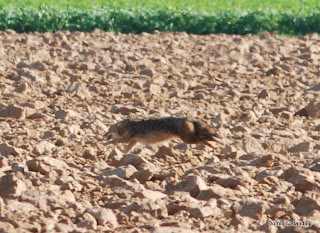 This Starling flock was amazing to see - beautifully choreographed flight: stills just don't do it justice. 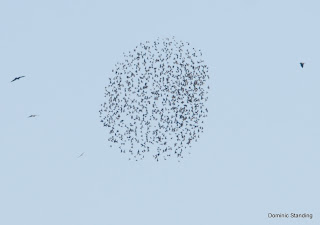 A quick check of the sewage pond produced this Common Sandpiper . . . 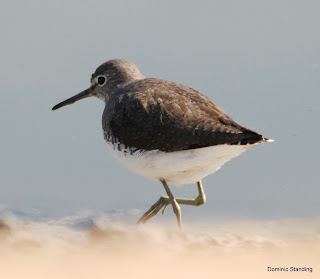 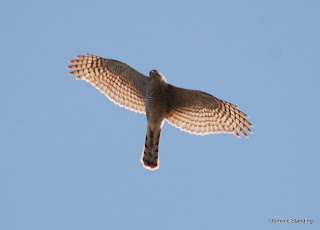