An excellent day at Nir Oz - a Saker falcon and two ringtails that flew over the western fields was a good start but on the road to Magen I saw a shrike on a bit of scrub. A quick look immediately told me that this was no Southern Grey. The bill alone suggested (shouted, actually) Steppe Grey, Lanius meridionalis pallidirostris. These shrikes breed in Central Asia and winter in the tropics. A handful of these fantastic birds make it to Israel every year. 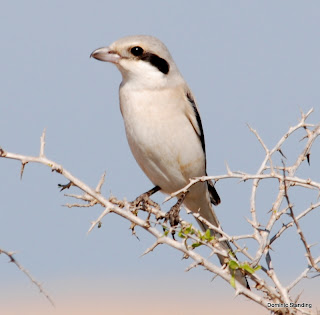 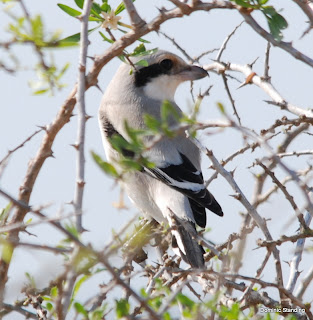 and a really poor in-flight shot but included to show the huge white wing patch . . . . 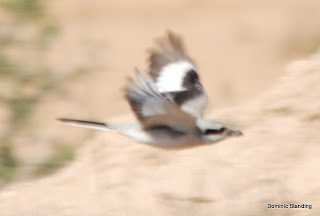 And just to illustrate the difference between Steppe Grey and the more usual Southern Grey here's a shot of the latter . . . 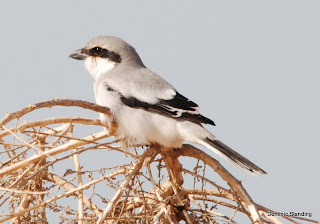