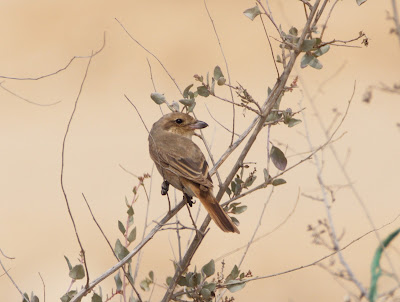 At work this morning Ron Efrat told me of a female Isabelline Shrike that had just been ringed. As luck would have it I had my binoculars and camera with me so instead of a coffee break I went to look for the shrike. Found it in the olive orchard. Nice bird! 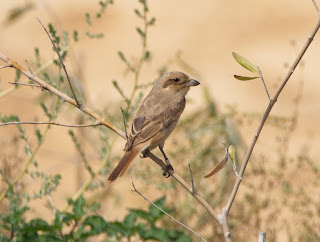 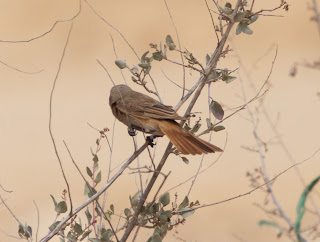 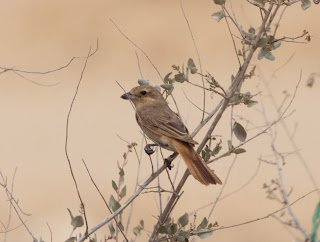 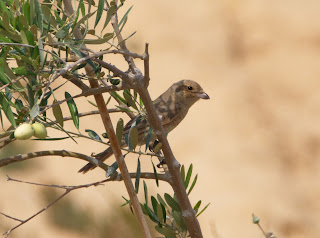 At Revivim sewage ponds on the way home there were a few waders and Yellow Wagtails around. This  one with one of those strange blotchy head patterns. 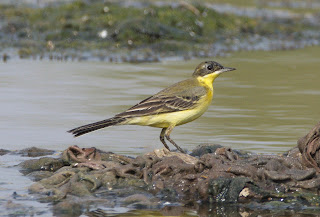 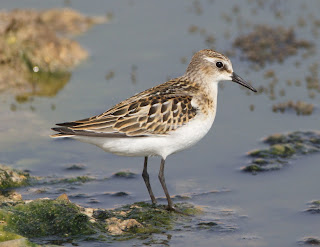 Other stuff - last weekend Itay Herling found a Grey Plover at Reim Reservoir. Not a rare wader by any stretch but not a usual migrant away from the coast either. 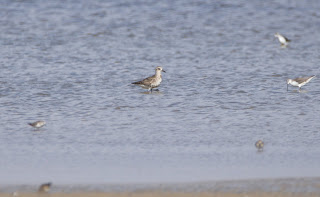 There were impressive numbers of waders feeding on the mud in the reservoir. Ringed and Little Ringed Plovers, Marsh Sandpipers, Ruff, Black-winged Stilts etc. Nothing out of the ordinary. Yet.

Other birds - Black-shouldered Kite. They've gone from being very common in this area to rather uncommon. There were three pairs in the immediate vicinity of home (Nir Oz) but the ones to the south of the kibbutz didn't manage to make a nest (endless harassment by the local hoodies) and I don't know what happened to the northern ones. 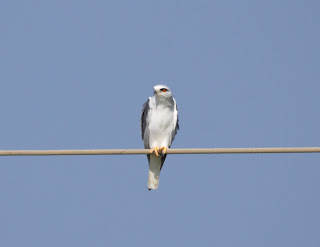 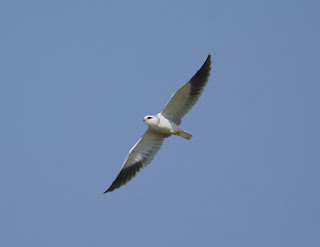 Lots of European Bee-eaters around. 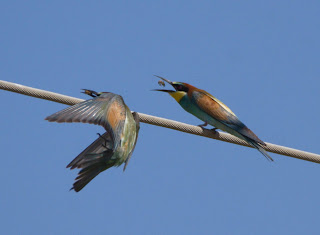 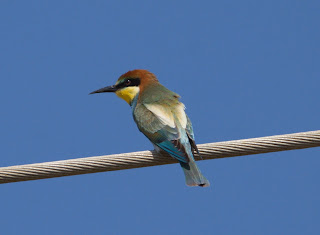 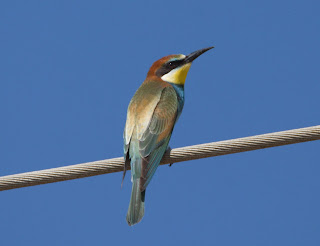 And Red-backed Shrikes - a good season for these. 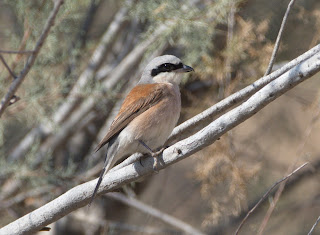 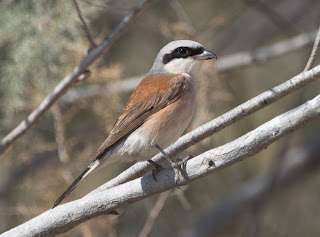 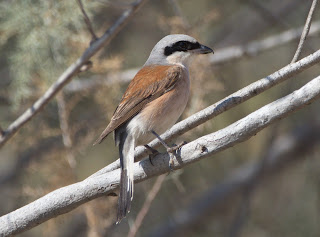 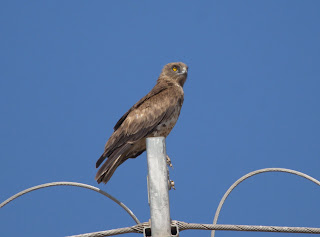