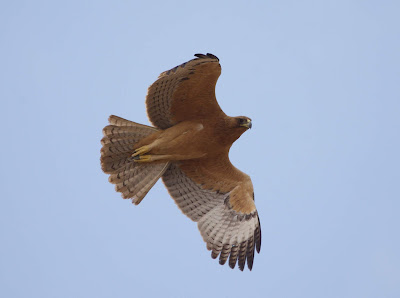 It's been quite a while since I put anything on the blog. Summer doldrums. Desultory and infrequent trips to Besor Reservoir. Blue-cheeked Bee-eaters have been around for a month or so but have been very flighty. This morning though, Itay Herling dragged me back to Besor in search of crakes. None of those but he did spot this stunning young Bonelli's Eagle hunting along the reservoir bank. After a few minutes it circled low over us. Incredible views and the first Bonelli's I've seen here. 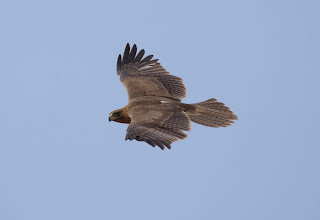 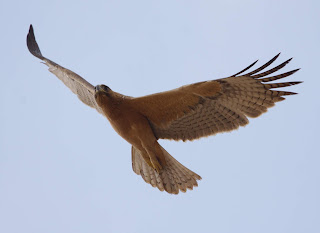 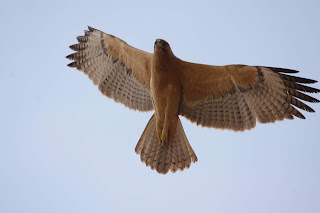 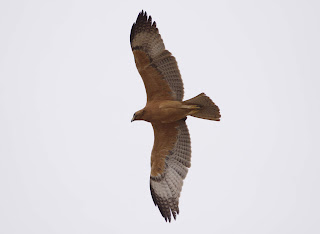 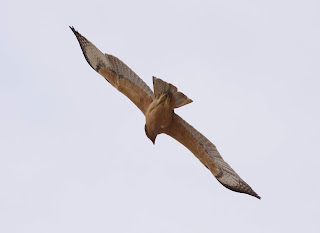 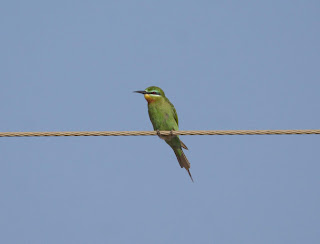 A couple of Ruff 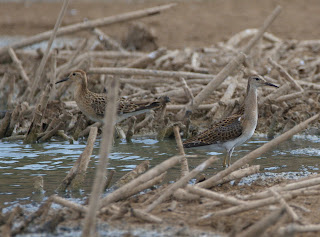