Time for an update. It's been a quiet few weeks here in this part of the NW Negev. Very little around the kibbutz except for the Black-shouldered Kites, a couple of Eastern Imperial Eagles, 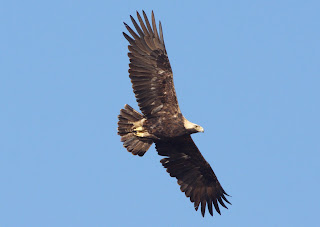 Peregrine and a steady passage of Hen Harriers (plus a Marsh or two). Scops Owls have started calling - I love that sound. I checked the Besor Reservoir this morning and found it to be very birdy. Most of the bed has water now forming an expanse of shallow pools. Masses of Water Pipits, White Wagtails, Ruff, Black-winged Stilts, Redshank, Snipe, a Black Stork and two Common Cranes, Teal, Mallard and Shoveller. The pair of Ferruginous Duck were on their favourite patch - hoping they breed. Squacco Herons are now back too. The whole area is great for Great Spotted Cuckoo and I found several today without trying.

Having a morning preen. 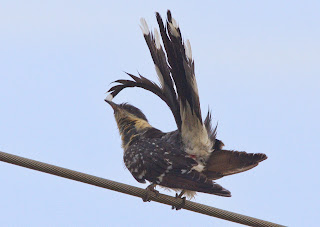 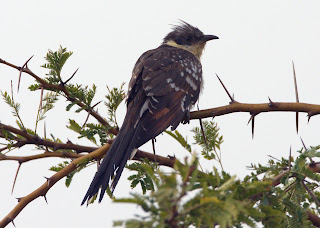 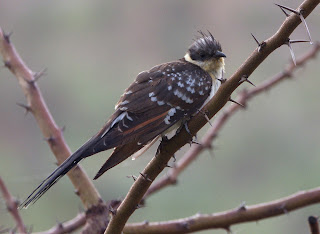 A Caspian Stonechat put in an appearance. 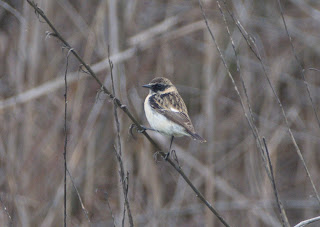 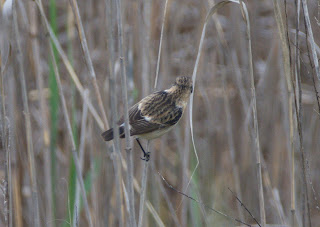 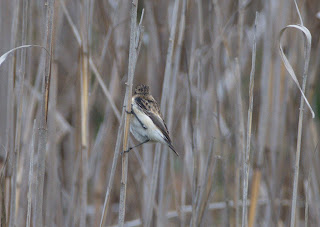 Totally missed the focus here but one can see the the wheatear like markings on the tail. 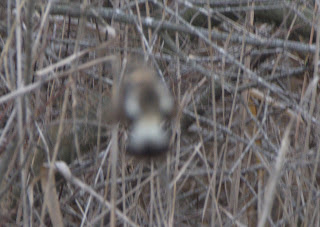 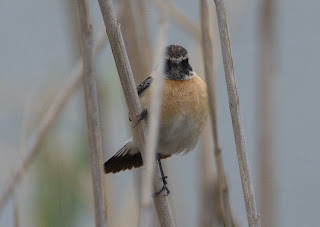 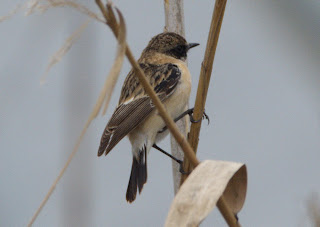 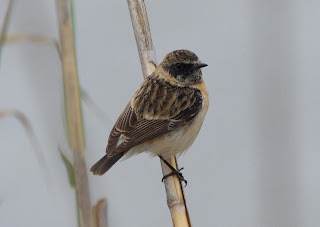 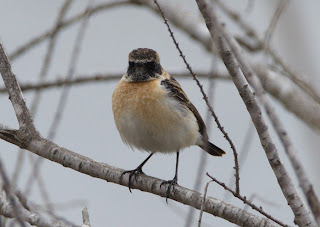 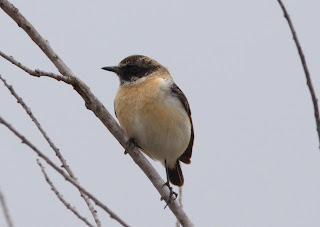 This gave me a shock. Bateleur I first thought but no, Marsh Harrier with no tail. 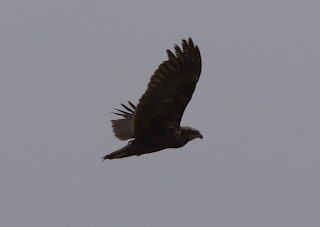 Lots of Bluethroats around - very pretty. 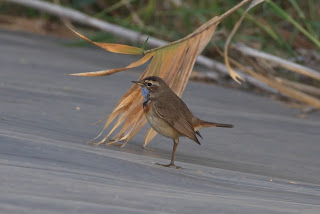 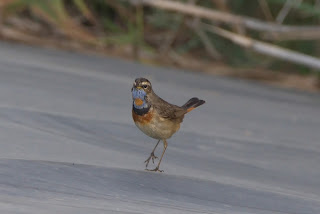 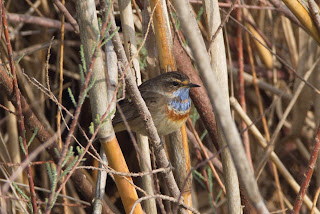 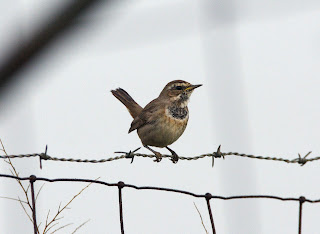 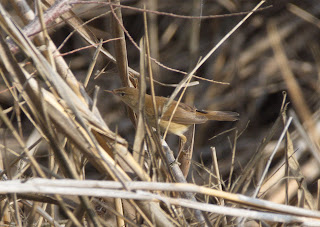 and Sedge Warblers very much in evidence now. 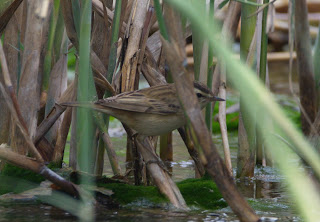 And Short-toed Eagles have arrived back. 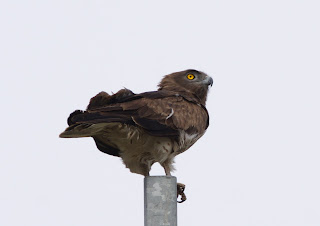 This is the best time of year here. The flora is amazing. Here are a couple of Bee Orchids (Ophrys carmeli). 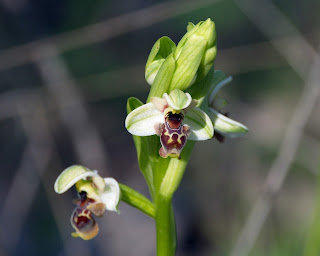 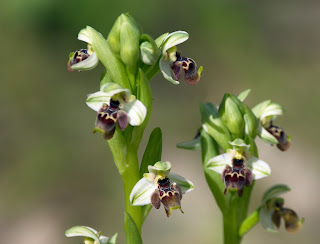 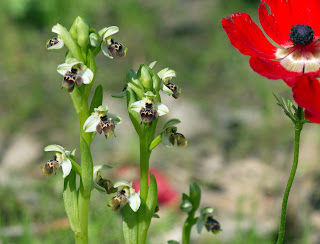 And others that I can't name but it doesn't detract from my enjoyment of them. 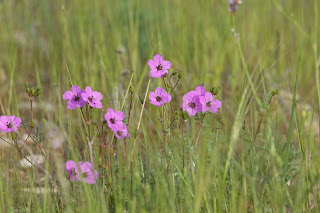 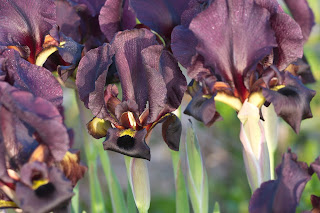 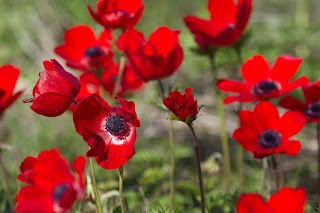 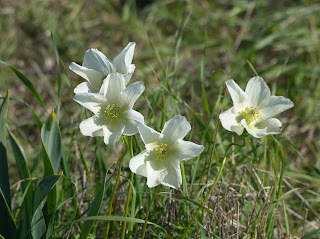 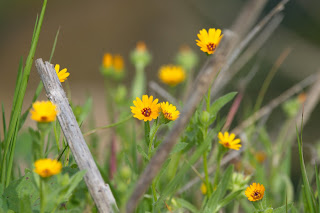