Some updates from the last fortnight. Probably the best sighting was a trio of Fieldfare in the experimental plantation to the south of the kibbutz. These are uncommon and sporadic winter visitors - some years I don't see them at all, the last time I saw them here (2014) there were four in the same patch of trees. 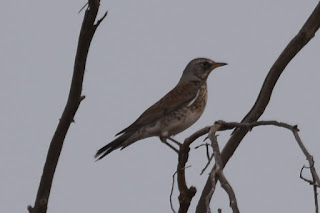 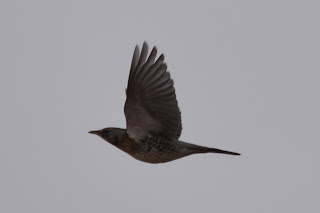 The young Eastern Imperial Eagle was replaced for a short time by this adult (with attendant Kestrel and Hooded Crow). 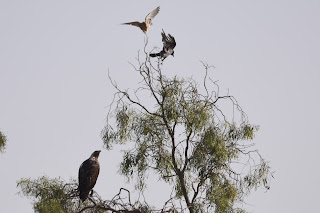 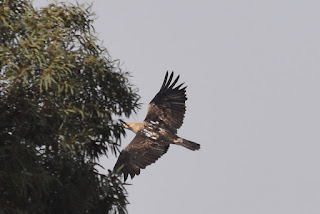 What looks like a juv/1w Ferruginous Duck on a local reservoir - would be exciting if they were breeding arond here! 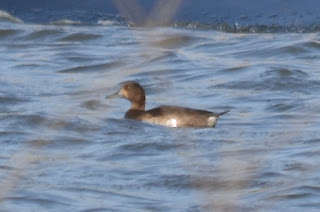 A very late Redstart. This was taken on the 26th of November. 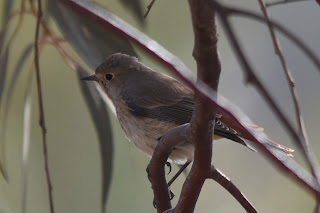 A couple of Golden Plover in the fields, 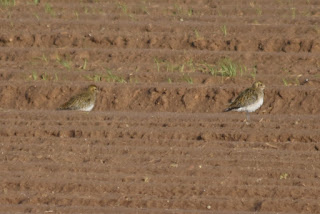 along with many Lapwing. It's a good year for them (in this area) with seemingly every field containing a few. No large flocks but, as said, many small groups spread around the fields. 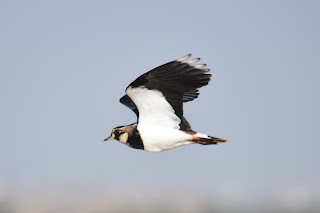 The following few photos are of various Black-shouldered Kites in the area. Today I saw four. There's plenty of food for them here so there's no reason for them to move on. 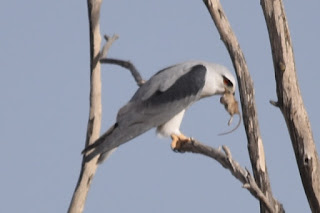 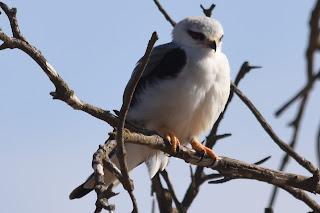 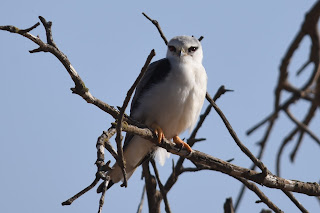 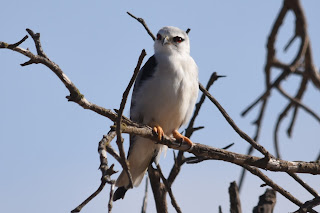 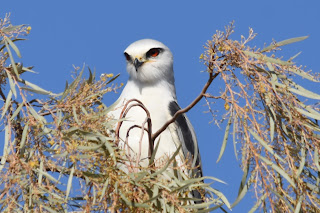 Not terribly bothered by the harrassing Hoodie. 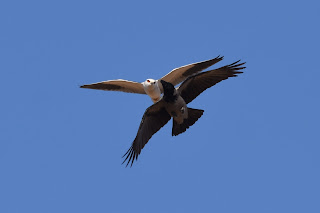 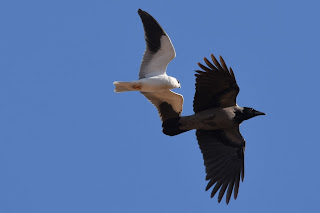 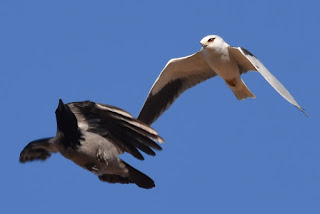 This one was hunting in the potato fields this morning. You can make out the prey's foot in the kite's claw. 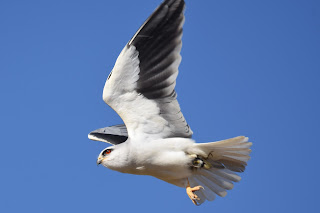 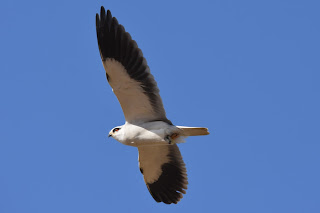 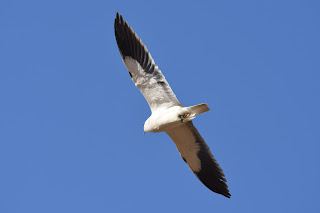 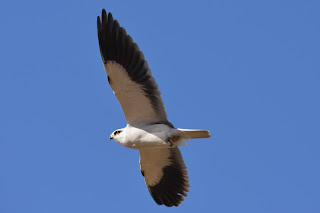 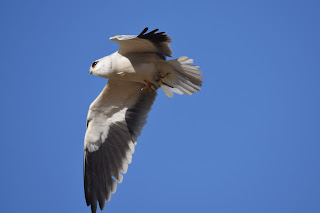 Winter walks are so much more fun with our dog. 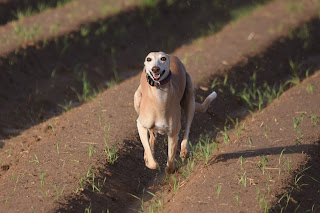 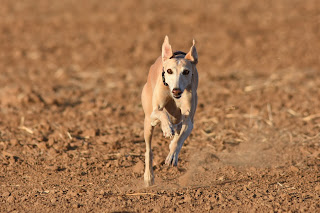 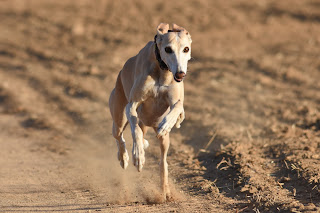 Finally, a Chameleon from the Besor wadi. 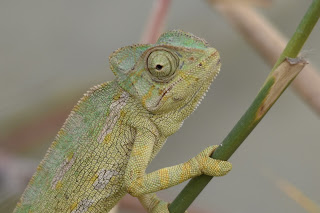