Checked Besor Reservoir this morning to see how it had filled after the rains earlier in the week. Not much is the short answer, but enough to hold a WaterRail and a few Pelican (unfortunately flushed - they decamped to the upper reservoir). 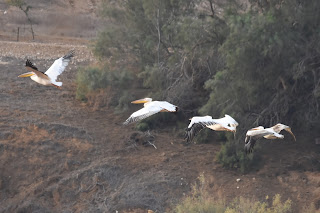 Of far greater interest were three Reed Buntings. Passing through or wintering? I hope the latter as I hardly ever see these uncommon visitors. 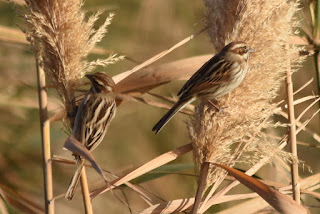 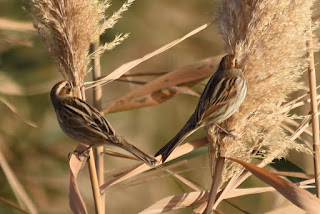 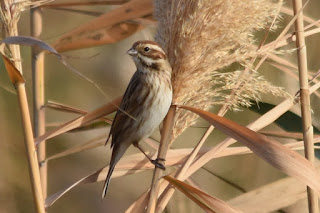 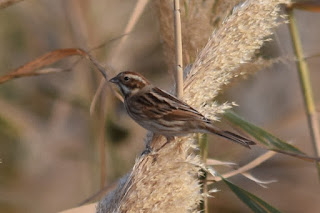 As I was leaving the site I hard the distinctive call of Penduline Tit. This is a perfect wintering ground for them and I have been looking/listening for them every year. So far without success until now! A great patch tick. I heard three calling from the reeds in front of me and later two from across the reservoir bank in the main wadi so possibly five in total. They resolutely refused to show themselves but I'll be watching this patch very carefully.

Later a single Pallid Swift joined the resident population of Barn Swallows over the upper reservoir. 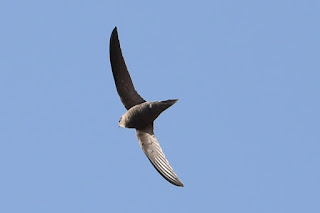 The black plastic banks of this normally birdless expanse of water held good numbers of Pochard, Teal and four Wigeon.

On the way back to the car I heard Cranes calling. Such an evocative sound - winter. Definitely time to make a trip north to the Hula to see the 25,000+.

Drove home via the Urim pylons - only one Long-legged Buzzard and a very distant eagle visible from the road. The field tracks are far too muddy for my car so I didn't venture in to look for the Sociable Plovers (Lior Kislev reported 20 earlier in the week!). Consolation prize - a road soaring Black-shouldered Kite. 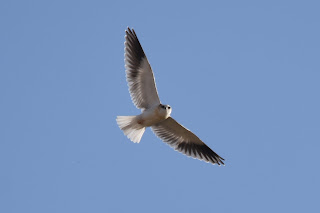