A nice birdy morning. Most of them  flew by (here's one of the kibbutz pair) 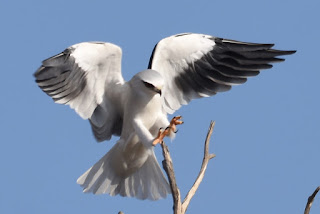 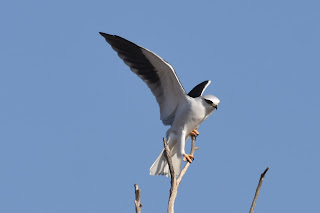 a stunning male Pallid Harrier that only allowed distant views. 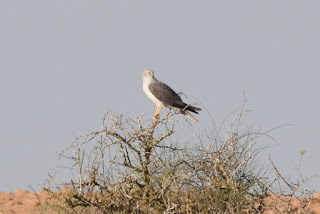 This one back again - I think it's the same bird as last week but now I'm confused. The underwing with all those black feather tips says Montagu's but the boa around the neck says Pallid. And, to be honest, the wing looks a little broad for Montagu's. 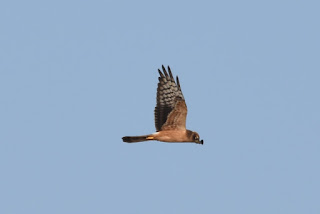 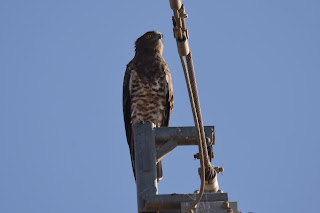 There were two Spotted Crakes along the stream but were as wary as this week's new duck (Pintail, female) which flew off at first sight of me. 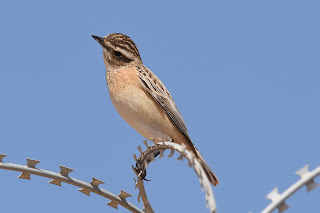 and a new tick for the kibbutz - Blue Rock-thrush. Taken against the light, into shadow and through two fences so no apologies for the quality. Quality bird though... 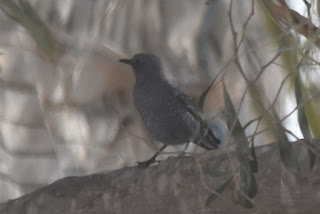