Shrike season. I was thinking that it was about time the Lesser Grey Shrikes arrived - Red-backs have been moving through for a couple of weeks and I had an adult Woodchat Shrike near the kibbutz back in June. On the morning walk today I saw one cracking pink flushed male Lesser Grey which flew off to join two others across the field. Further on I found a couple more and a final one down at the sewage  pool. Half a dozen without trying! Beautiful birds. 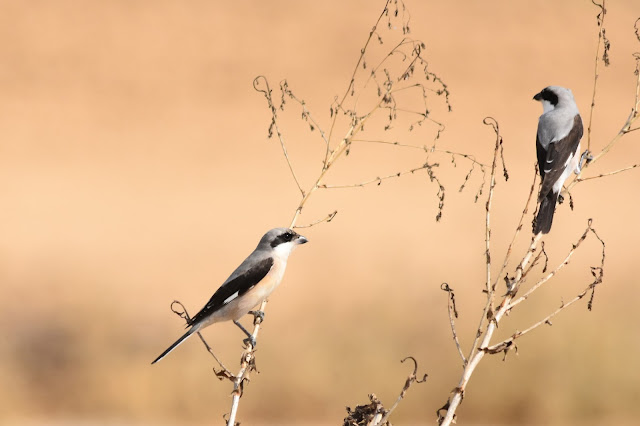 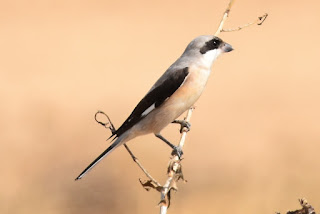 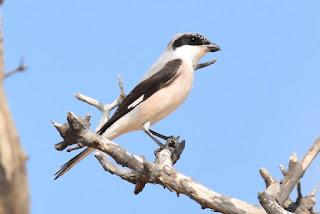 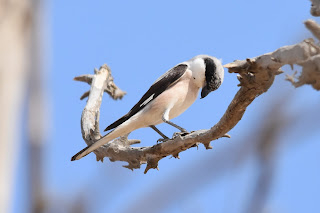 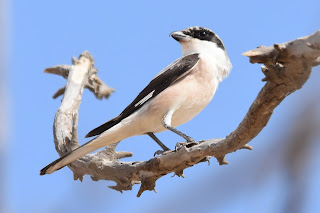 Other news - Squacco Herons raised a family at Besor Reservoir - extremely unusual for the area and I don't know of any other breeding sites this far south. 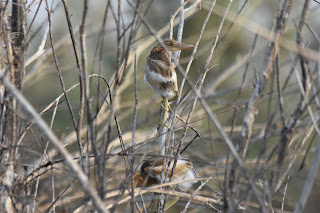 Re Besor Reservoir - it was getting very overgrown with reeds and trees were encroaching heavily in areas. However it still held breeding Purple Swamphens, Clamourous Reed Warblers and many other species. I visited it yesterday and was horrified to find that 99% of the reed bed and 100% of the trees had been cleared. A small pool of stagnant water remains with some migratory Kingfishers, a few Little Egrets and a couple of Squacco Herons. The rest is a large dust bowl. A couple of Cetti's Warblers still argued over territory (each end of a pile of ploughed up reeds and bulldozed trees) but that was it. Not quite - an Isabelline Wheatear was enjoying the new patch of desert. I assume the Swamphens and other residents found refuge along the Besor stream (still plenty of reeds and some water there). I hope that the clearance is simply Part 1 of a regeneration scheme but we'll have to wait and see. I sincerely hope my optimism is not naive. Besor Reservoir was an incredble birding spot and over the years I spent many happy hours there seeing  160+ species.


Blue-cheeked Bee-eaters arrived and went. I didn't do a full count this year but it was  great to see these gorgeous birds back again. 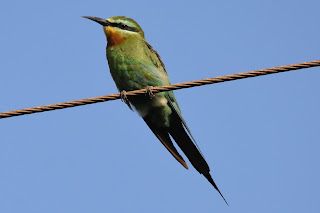 The Tawny Eagle stayed around for quite a while. I wernt back to see it several times and was always rewarded with incredible views. 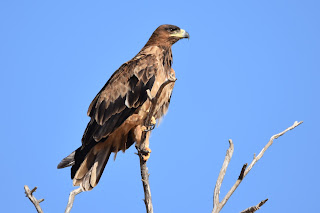 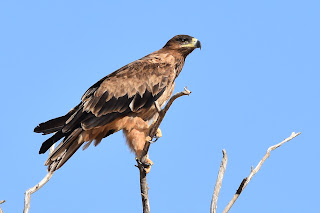 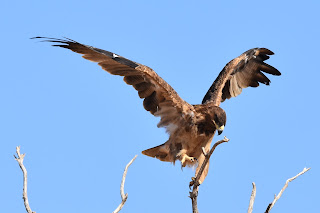 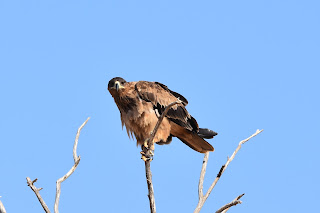 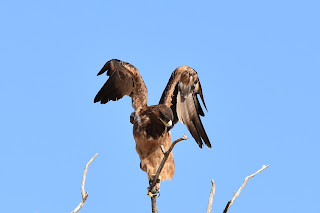 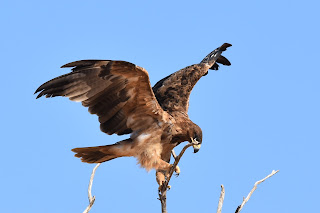 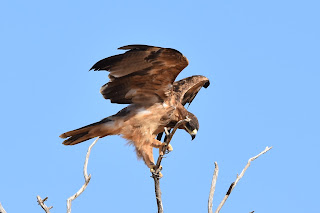 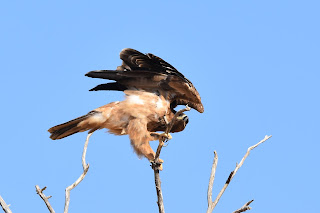 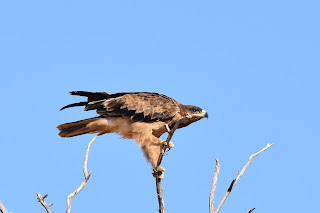 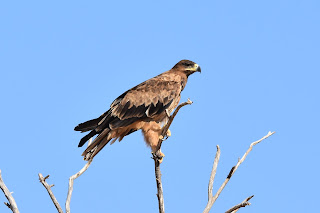 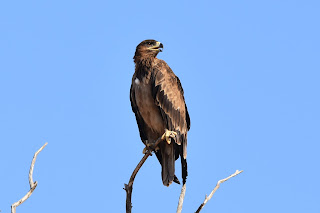 Brown-necked Raven included because here you can actually see the brown neck (often difficult to discern). 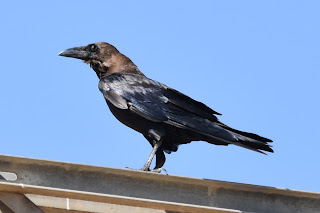 And a Hoopoe that ran out of a hole in a sand bank, saw me and instead of flying off scuttled through the scrub and disappeared down another hole. 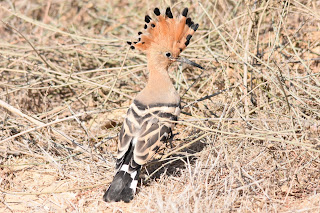