A very pleasant morning's birding at Besor today. This time in the company of some excellent birders from the north - Avner Rinot and David Koter together with Noa Vortman from this area. We checked the first patch of water/mud and Avner immediately found a Jacksnipe among the other Snipe, David a Spotted Crake and me with the largest and easiest - the first of many Purple Swamphens. A couple of Water Rail were feeding at the water's edge, as usual. Great Reed and Clamorous Reed Warblers were calling, ditto Spotted Redshank (nice bird for here) and Thrush Nightingales. Pipits were Tawny and Tree. Around the reservoir we flushed the juvenile Black Stork that has been around for a couple of weeks now.

Best bird of the day, for me, was a single Black-winged Pratincole that flew off along nahal Besor - a lifer! Best birds in terms of numbers were the Swamphens. We saw at least seven, including three subadults (very much greyer than adults). 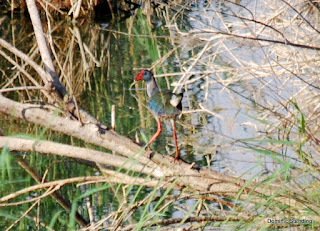 Careful watching of the reed/water mosaic also produced another crake (probably Spotted) and several more Water Rail. The large pool contained Spoonbill and a few Great White Egrets along with the Squacco Herons and Little Egrets.

Overhead we had a pair of Red-footed Falcons (gorgeous adult male here), 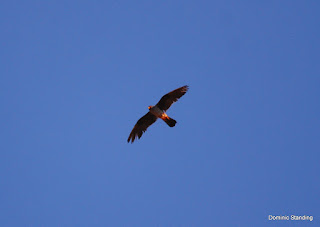 Osprey and a Lesser Spotted Eagle. 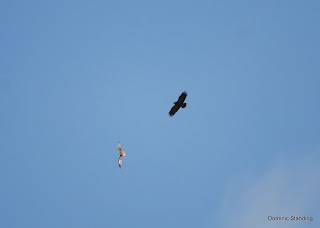 Final birds were a family group of Little Green Bee-eaters. 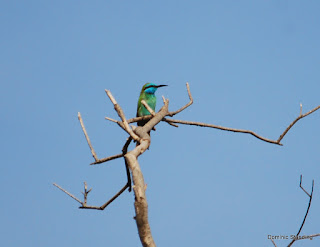 It was a real pleasure to bird this site with Avner, David and Noa - having three more pairs of eyes (and ears) and all that expertise paid dividends!

Still Rollers moving through - two of three individuals on the wires near home. 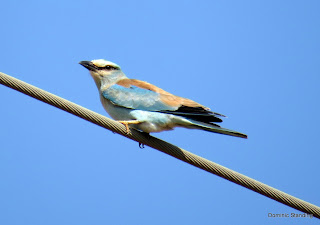 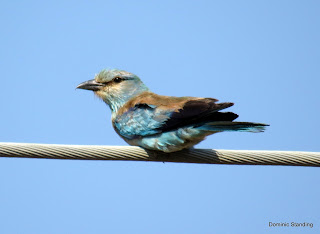 And not to forget the huge fall of Willow Warblers - they are everywhere at the moment (including the sewage pool) . . . . 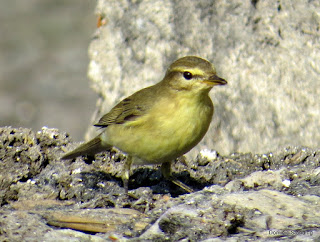 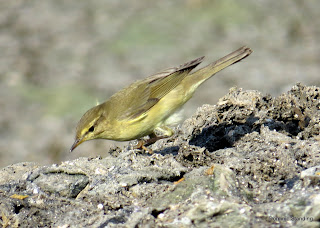