Great to see Golden Orioles are back. I see them every Spring and Autumn as fleeting shadows flying out the back of tree canopies but hardly ever get a chance to see them properly. Such shy and elusive birds. This female was in the trees on the south side of the kibbutz. Elusive but I finally managed a half-decent view. 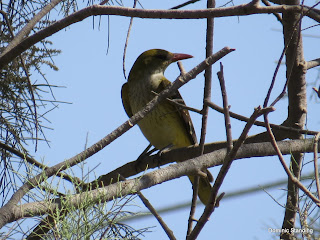 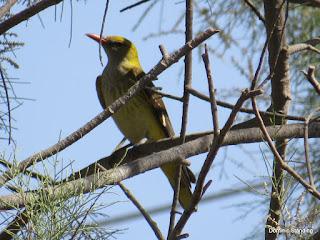 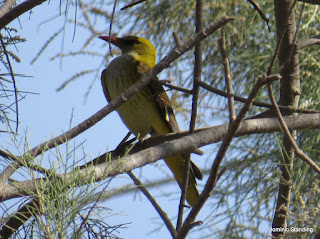 Bit odd to see a Northern Wheatear in a tree. 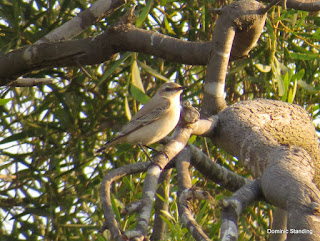 And back to Besor . . . Yellow Wagtail season is upon us once again and once again I'm caught out by young ssp beema. At first glance they can look confusingly similar to Citrine but a second glance shows head pattern, bill and wing bars are all wrong for Citrine (bill not pure black but with pale base to under mandible, wing bars not strong enough, yellow tinge on primaries, dark lores, no pale around the ear coverts). 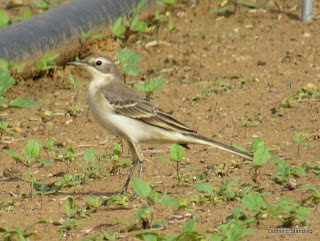 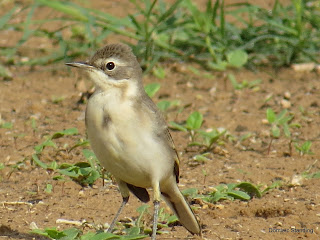 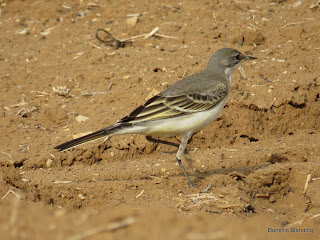 This flavissima is a bit easier though. 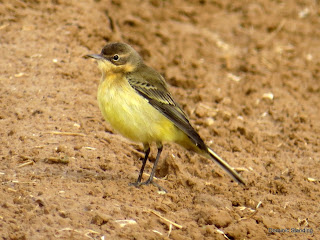 Nice Isabelline Wheatear, standing to attention as they so like to do. 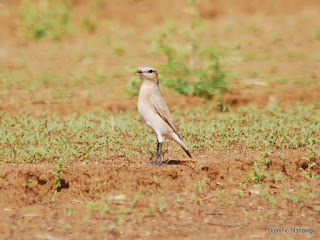 Yesterday BCB numbers rose to a staggering 130! 59 at Besor Reservoir with the remainder at the dried up reservoir a couple of km to the NW. Once again the electricity wires were dripping with them. These numbers rival those at the Beit Shean valley. 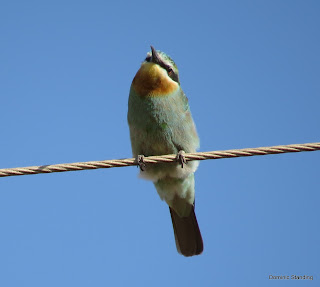 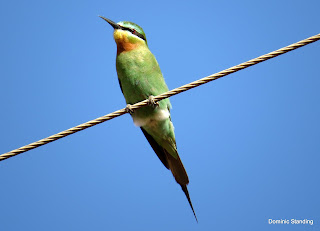 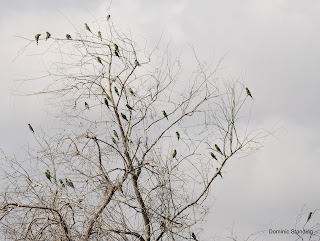 And finally a flight shot! 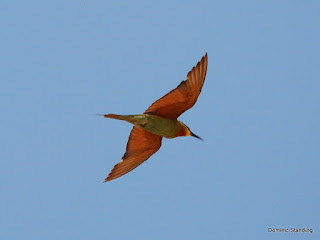 Decided that I really need to use the DSLR a bit more - the SX50 is really not very good for flight shots. But the Nikon is much better . . . . Whiskered Tern over the water 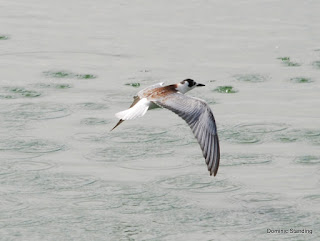 Shrikes still in abundance, Red-backed with a meal 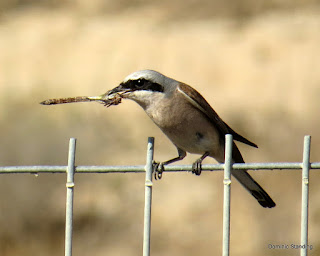 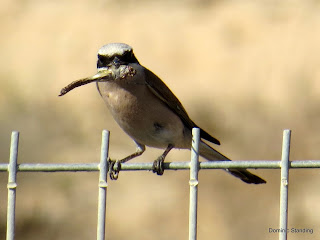 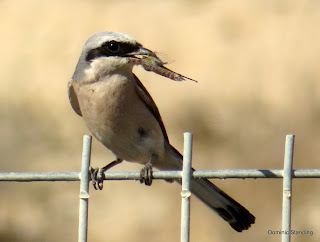 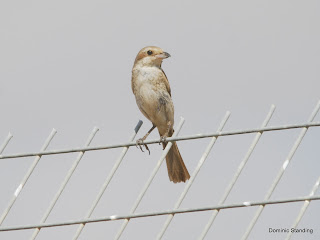 Lesser Grey with a meal. 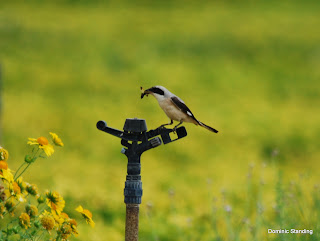 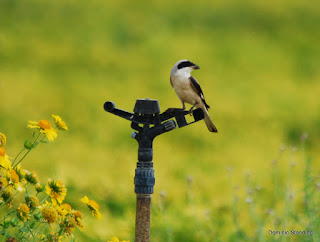