Jungle cats and yet more BCBs

Huge surprise yesterday - was at Besor with friends looking for the BCBs and met up with Itay and his family. Not a single BCB at the reservoir, not one. However, as we made our way back along the pipe bridge in the dusk we saw a family of Jungle cats (female and three kittens) on the mud in one of the pools! 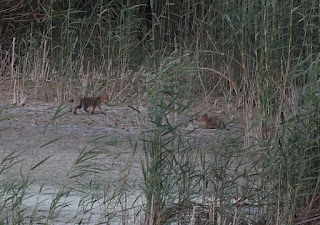 Itay managed a couple of good shots given the light and distance. Jungle cats are a first for me here or anywhere else (but Lior Kislev has seen them around here before).

Two LG Shrikes in their favourite tree, lit by the rising moon. 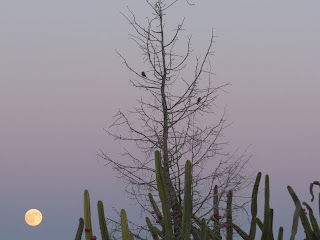 Returned this afternoon to double check that the BCBs had finally left. Nice view of a Booted Eagle thermaling high above the orange groves. Some nice shrikes along the big reservoir fence. 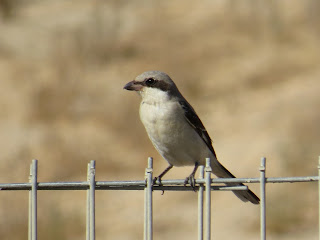 Desert Grey (still a Southern Grey to me) 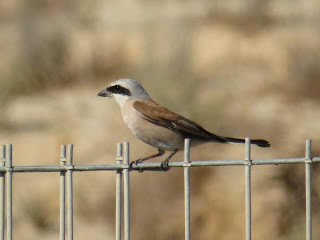 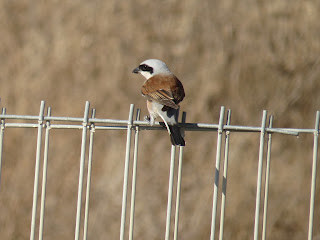 and 2 a little further along - very much brighter.

Big surprise to find seven BCBs by the car park, So they didn't go south over the weekend. Walked along to the reservoir and saw 19 others flying around these trees. Saw another 10-ish on the loop back to the car. 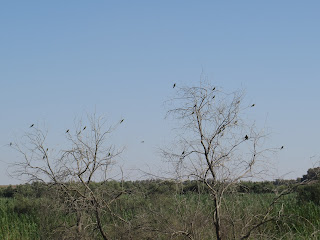 Dove landing just behind a BCB - most confusing. 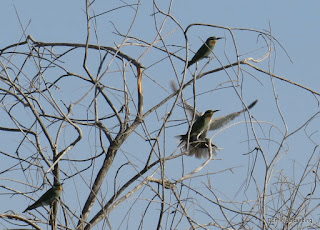 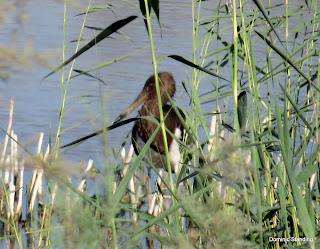 Saving the best 'til last - on the way home along the Ein Habsor farm road I saw BCBs on  the wires. Dozens of them. I counted 47 at the site but saw more on the wires leading across country. So, are these the same group I saw a few days ago or are they a new wave moving through? 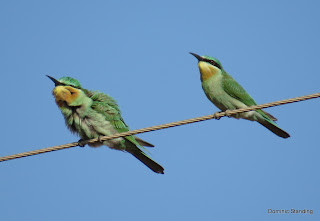 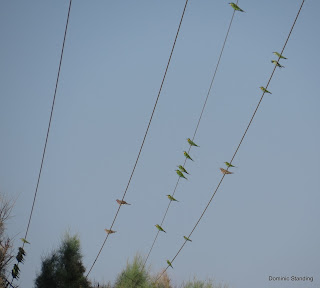 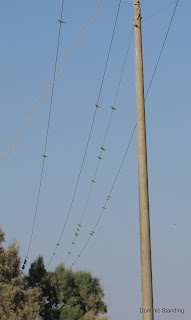