Finally had a chance to go north. My first stop was, of course, the fish ponds in the Jezreel Valley to try for the long-staying pelican. It was not an easy bird and I eventually found it on the furthest pond in the Beit Alfa complex - after having started at the eastern most Harod pond.

Amazing bird - the size difference is immediately obvious, as is the shorter bill and greyish wings. Definitely worth the hours of pond scouring. I'd looked at this pond before and noted the Pelicans. I left for a brew-up in some shade and returned for another scan. Still only three Pelicans. I then worked my way back east for a few ponds before returning a final time. Suddenly there were four pelicans! From where it came I do not know, but I'm glad it did. 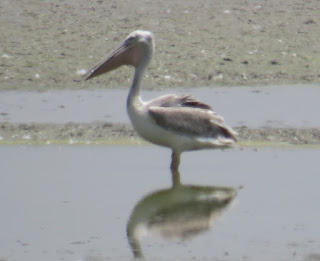 The ponds were full of the common waders, storks, egrets and herons but there are other diversions in this area so after a chat with Tuvia Khan I headed off to Tirat Zvi to look for pratincoles and bee-eaters. I lasted about 20 minutes before throwing in the towel. I'm not sure how accurate my car thermometer is but it was way too hot to be out and about. 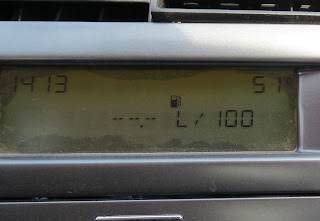 However, the ponds did look good with lots of the commoner species, including thousands of White Storks 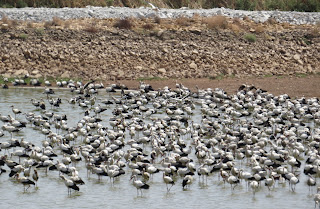 and loads of Pygmy Cormorants. No bee-eaters or pratincoles though. 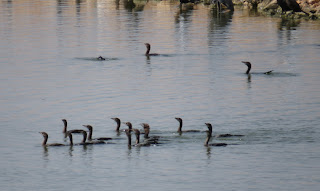 Decided to stop off at Kfar Ruppin to have a quick look for Dead Sea Sparrows and instead found a family of Collared Pratincoles. 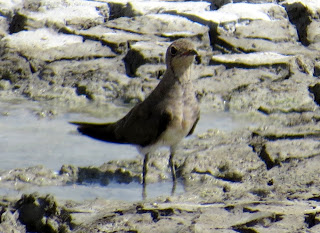 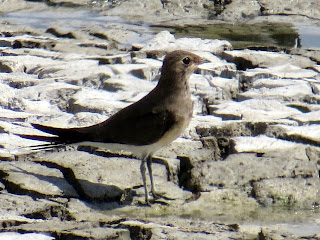 I spent the following morning in the relative cool of the Golan. Paid my respects to the Eagle Owl. . . 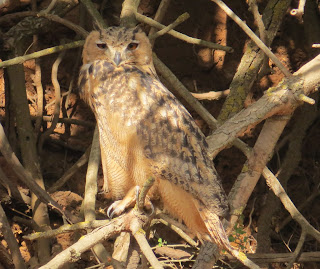 . . . and headed up to the Hermon. Lots of Rock Buntings, Syrian Serins, Linnets, 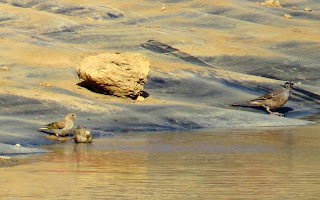 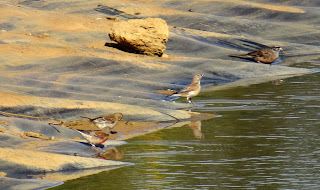 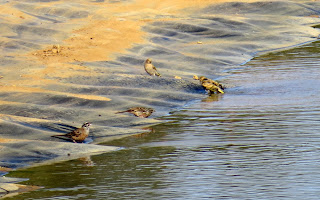 Goldfinches, semirufus Black Redstarts around the pools but not my target species - Rock Nuthatch. Next time, next time . . . .