Flushed with Hypocolius success I decided to try for the Black-crowned Sparrow-lark at Se'ifim. It was reported to be still present on the 8th so I took my chances. I arrived just before dawn and was promptly escorted off the site by the army. Apparently access is only possible after sunrise. On my second attempt I met up with Itai Shani and another birder. Together we combed the plain for any sign of the BCSL and/or the Dunn's Larks that had also been reported. No luck at all with either species. On the positive side Bar-tailed Larks were in abundance and we had excellent close up views. . .

. . . this one looking ridiculously fluffed up in the cold morning breeze, 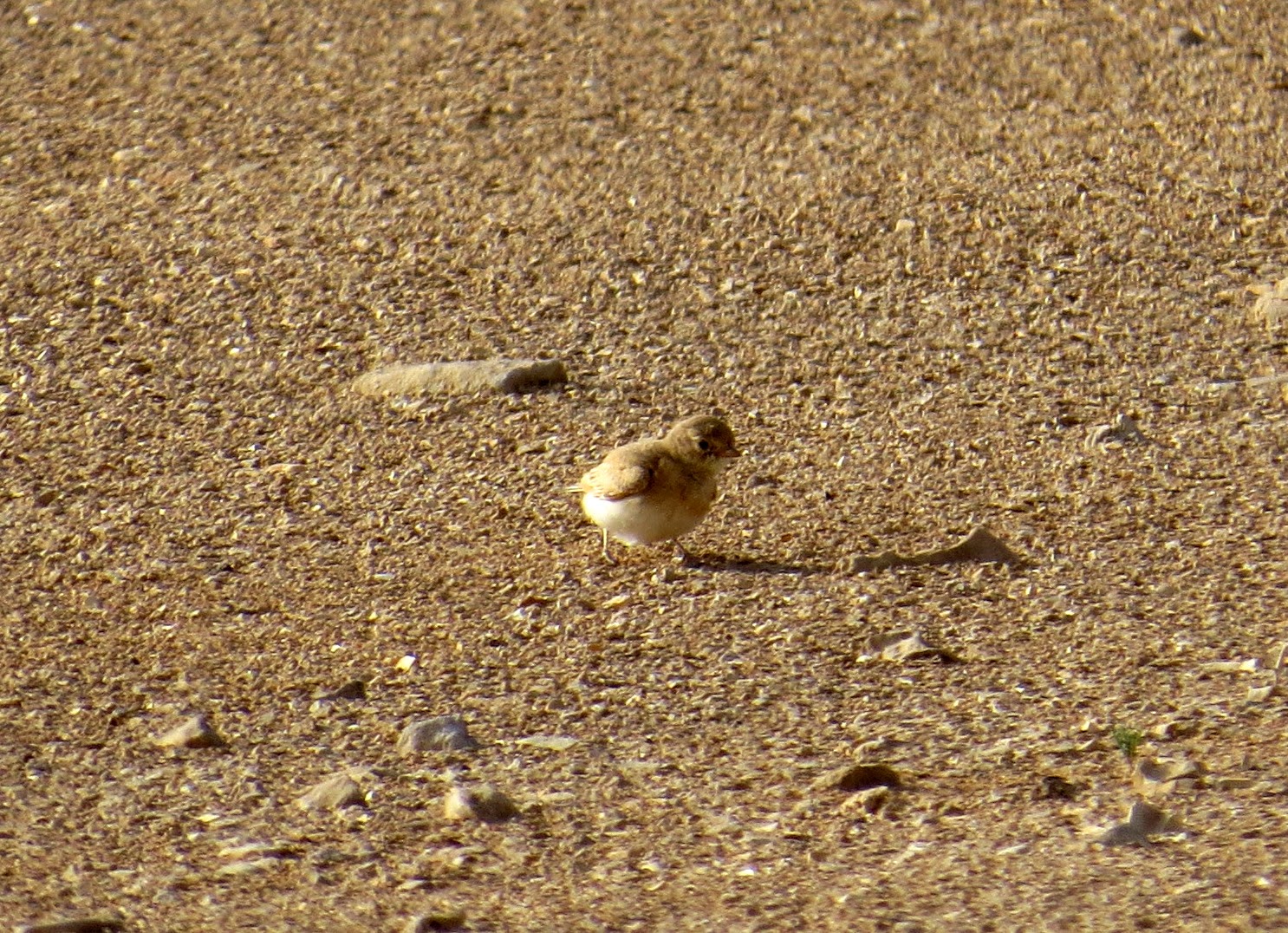 nice view of the rufous tertials 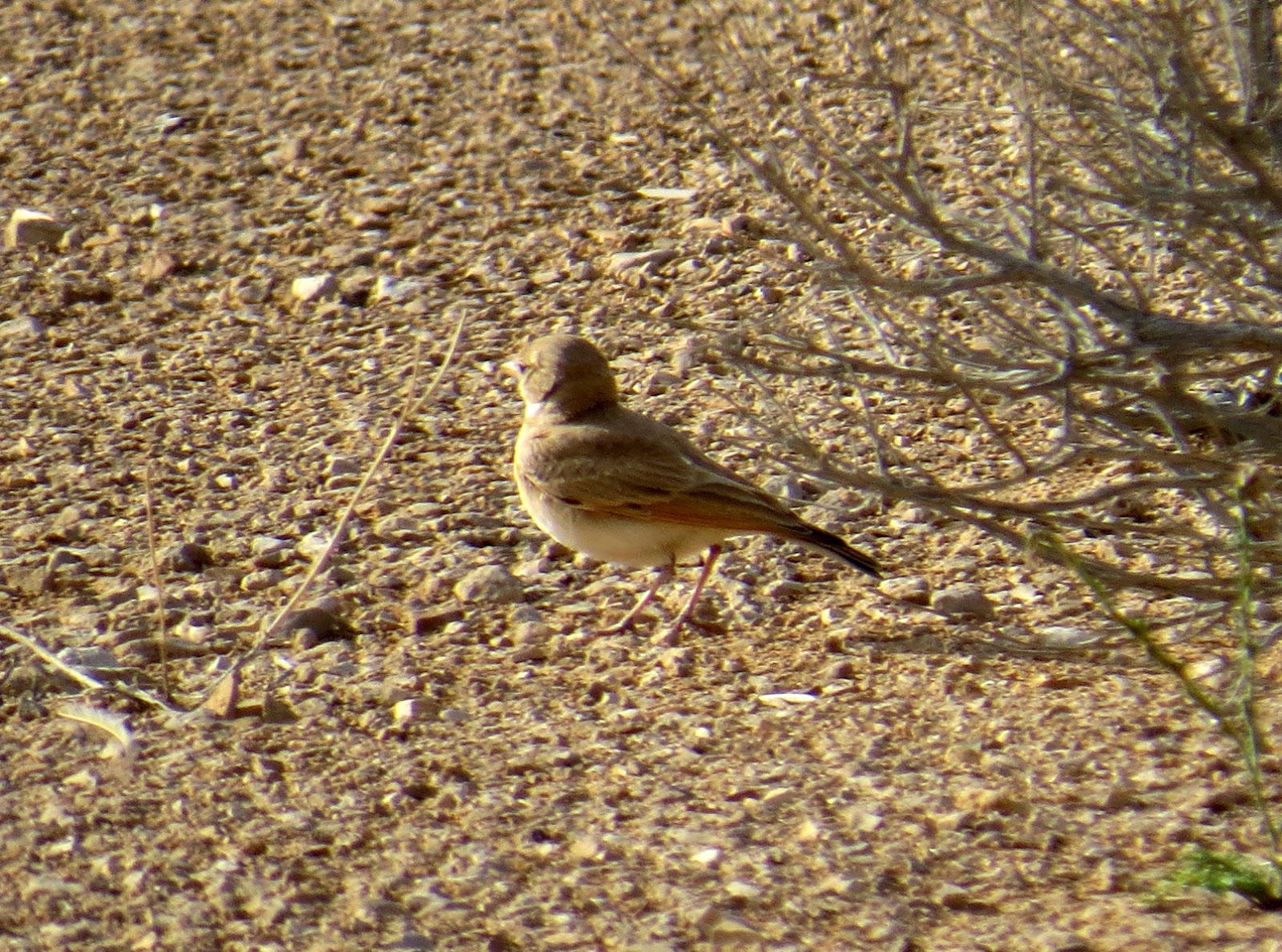 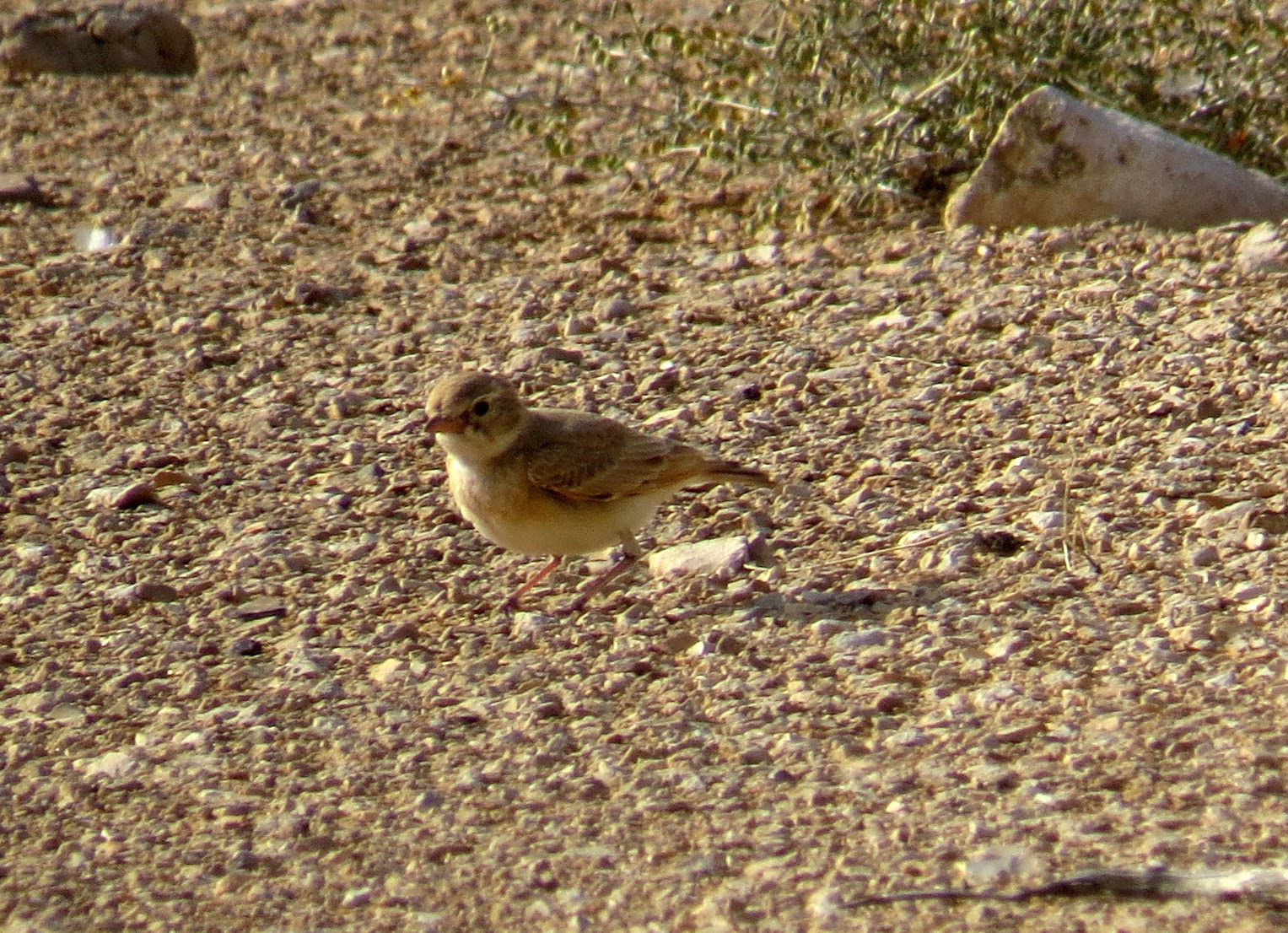 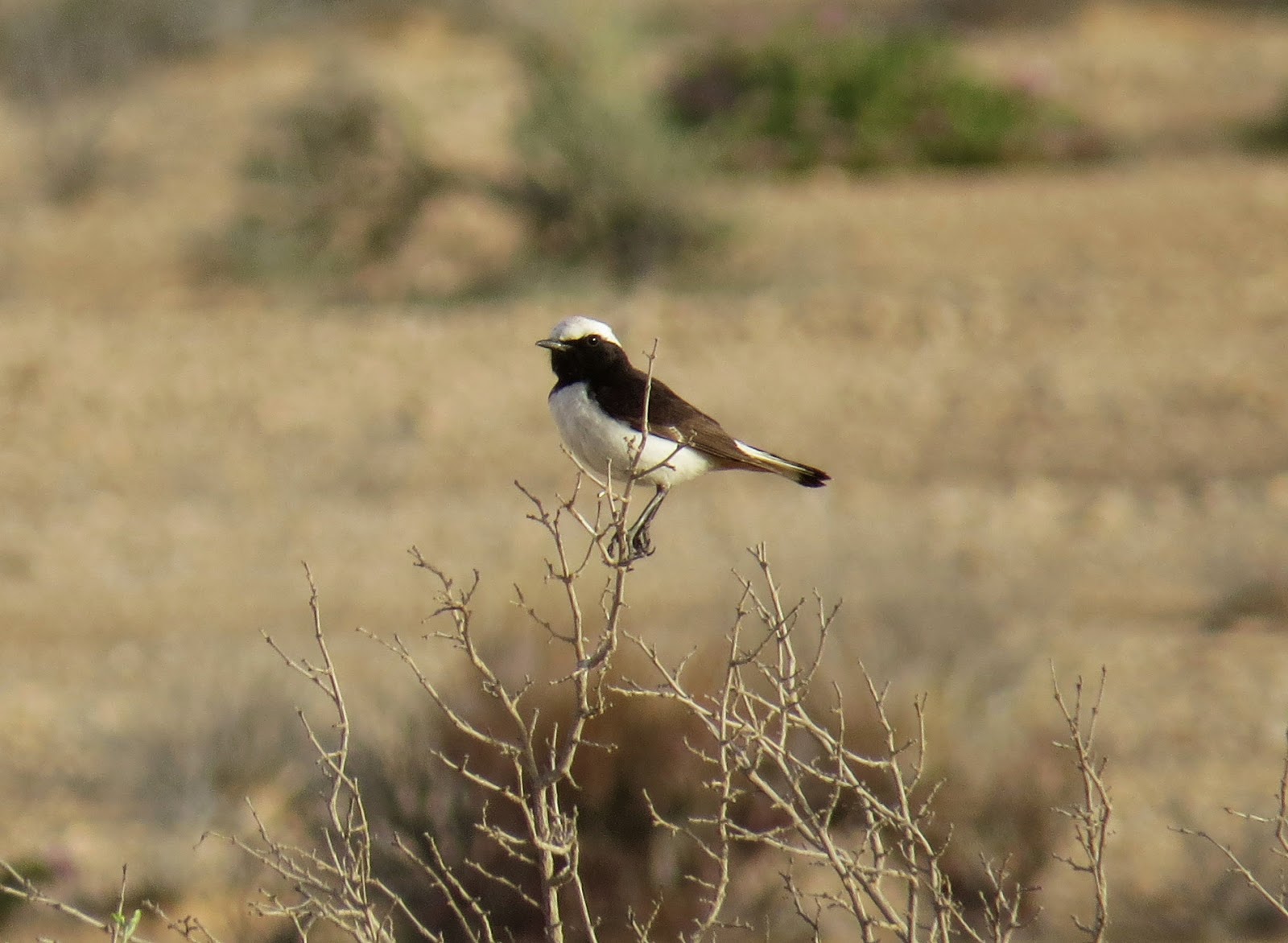 Isabelline, Hooded and Desert (below - thanks Ian)) were perching on bushes and flocks of Trumpeter Finches and Short-toed Larks kept us diverted. 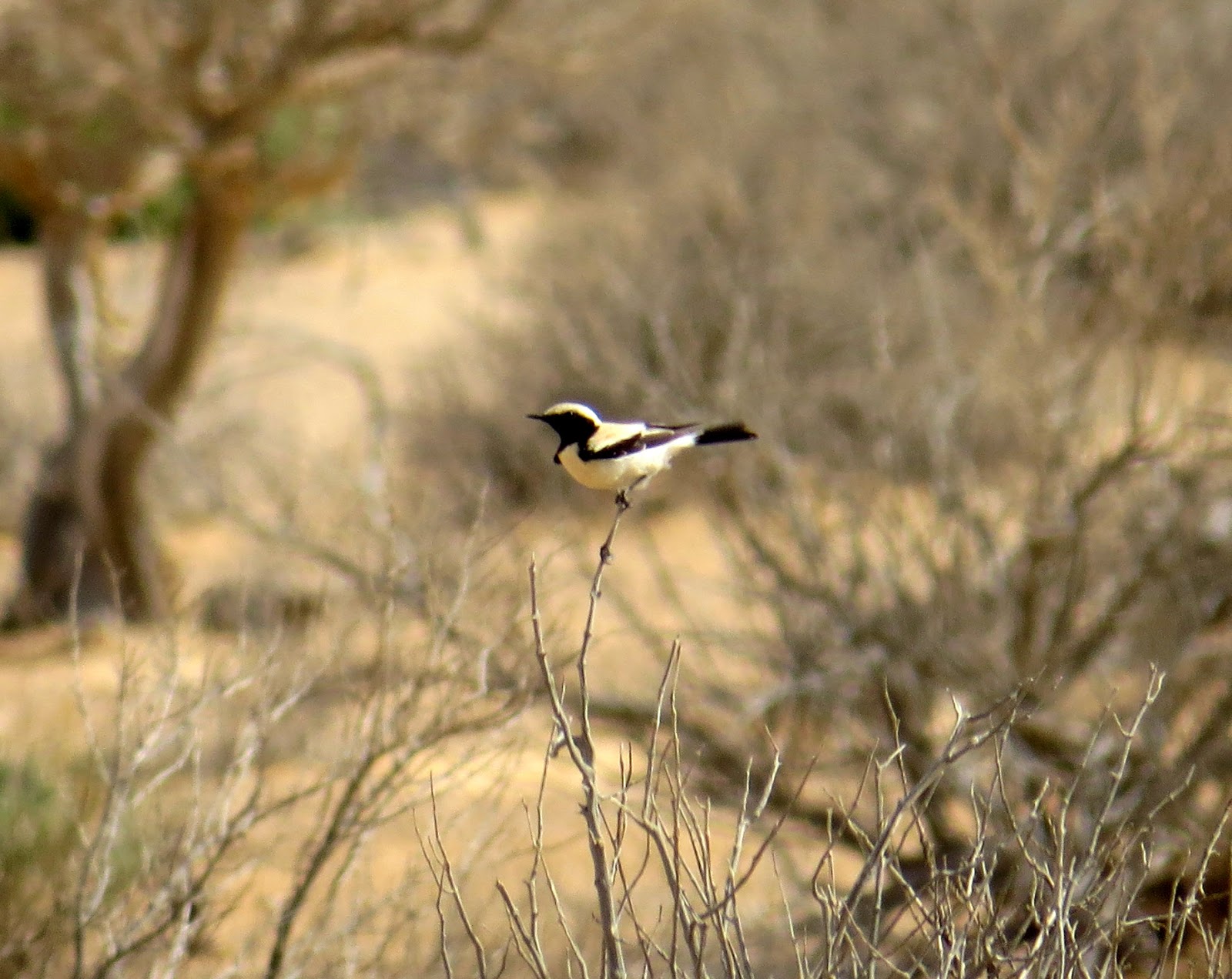 All in all, a very pleasant morning's birding in a very beautiful setting; the disappointment of dipping detracting only a little from the day. 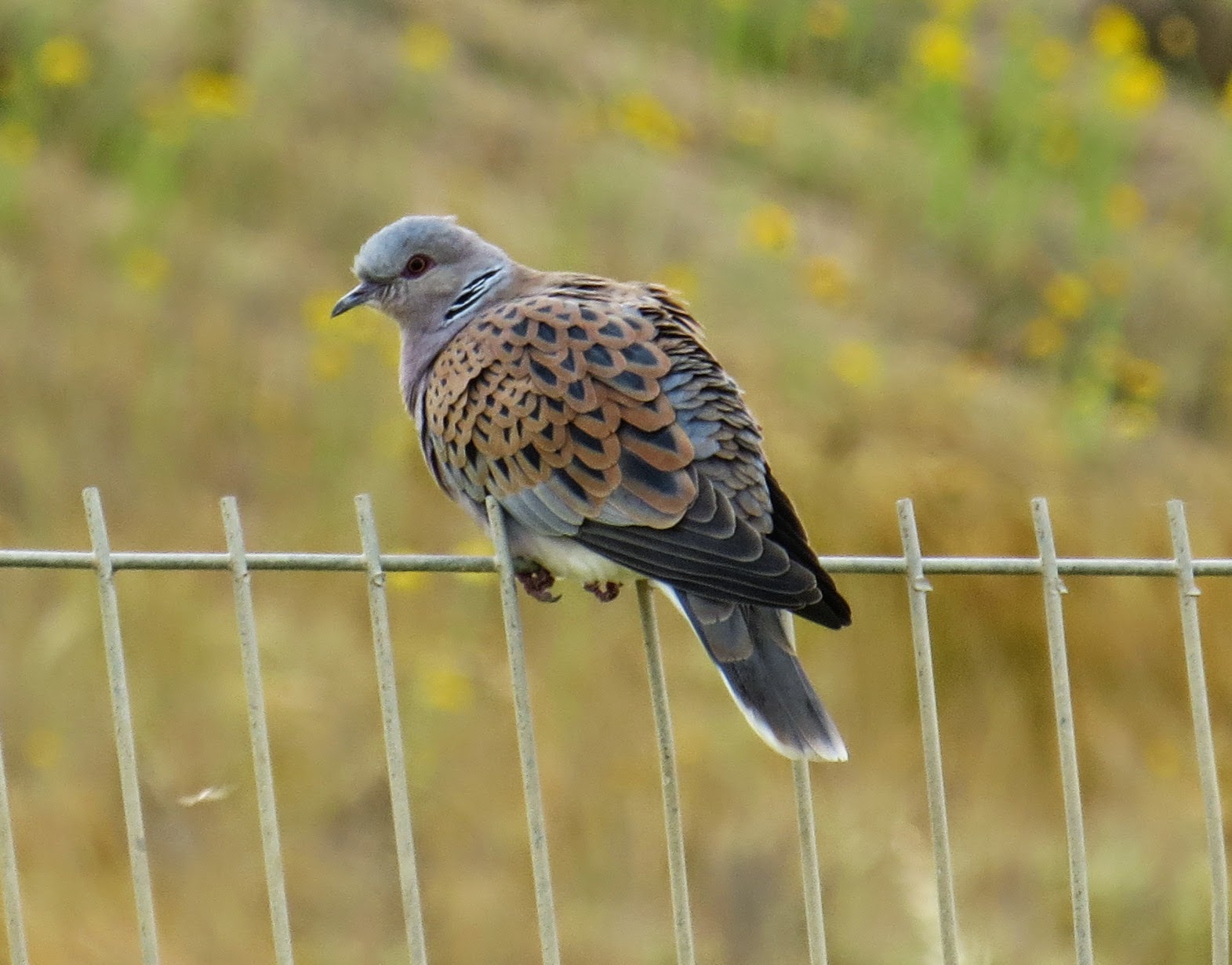 as well as a few Cretzschmar's Buntings. 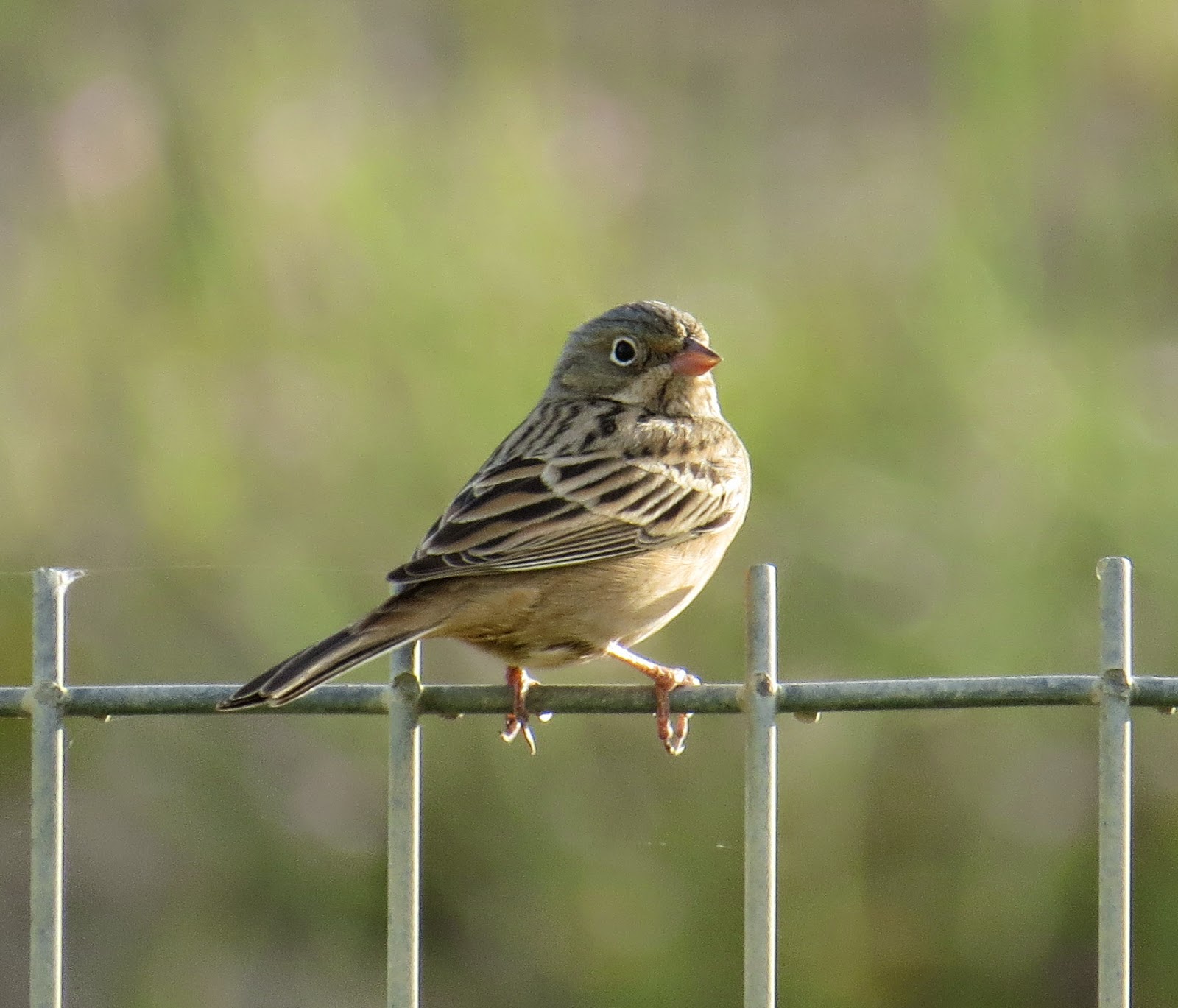 It was good to see the Rufous Bush-robins and Bee-eaters back. 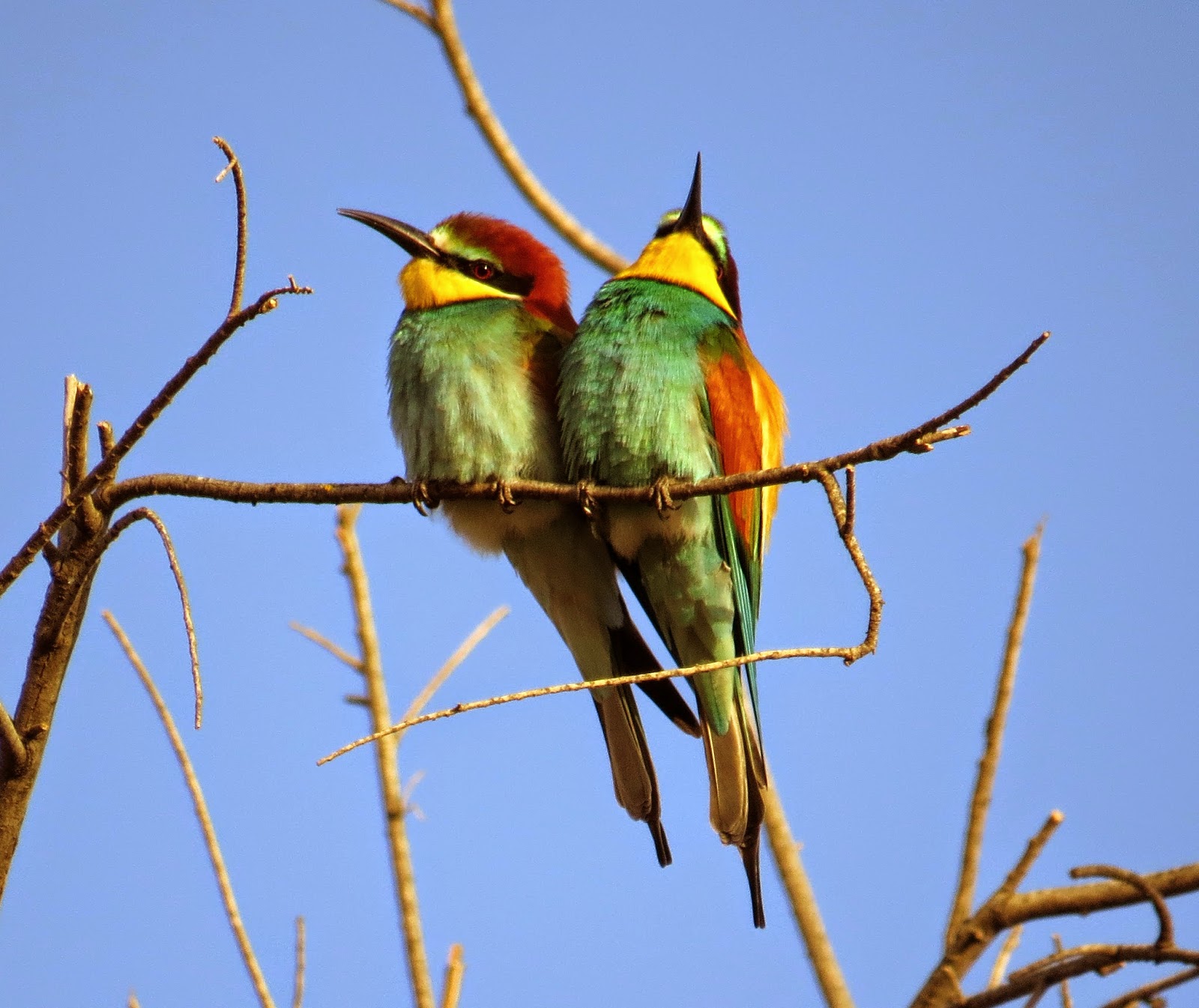 In the reeds this Bluethroat  was hopping around, 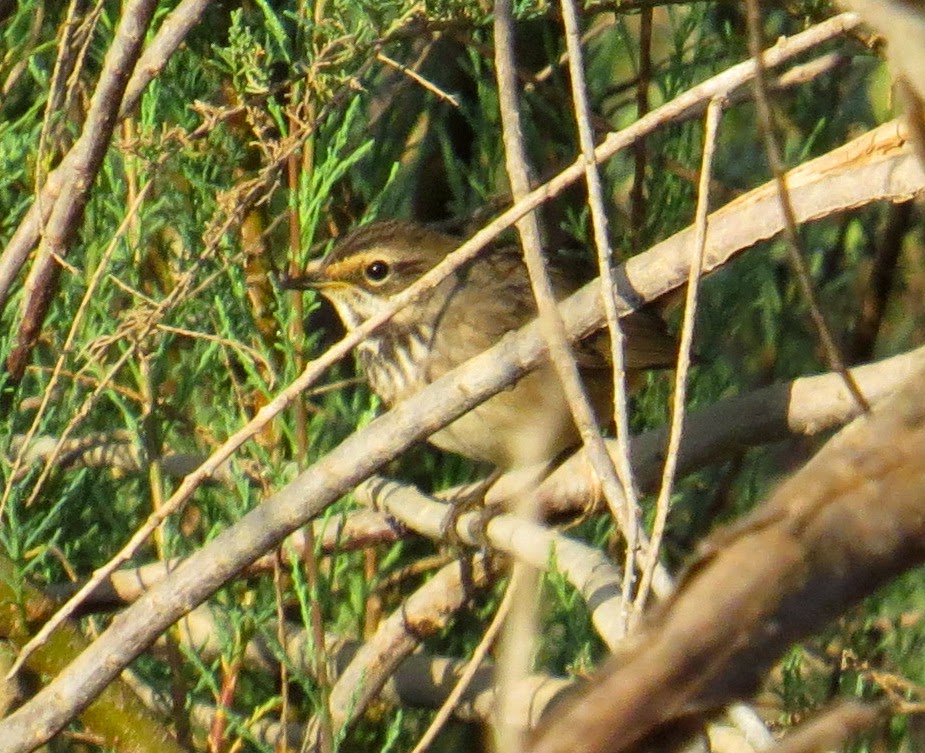 as were many Cetti's Warblers 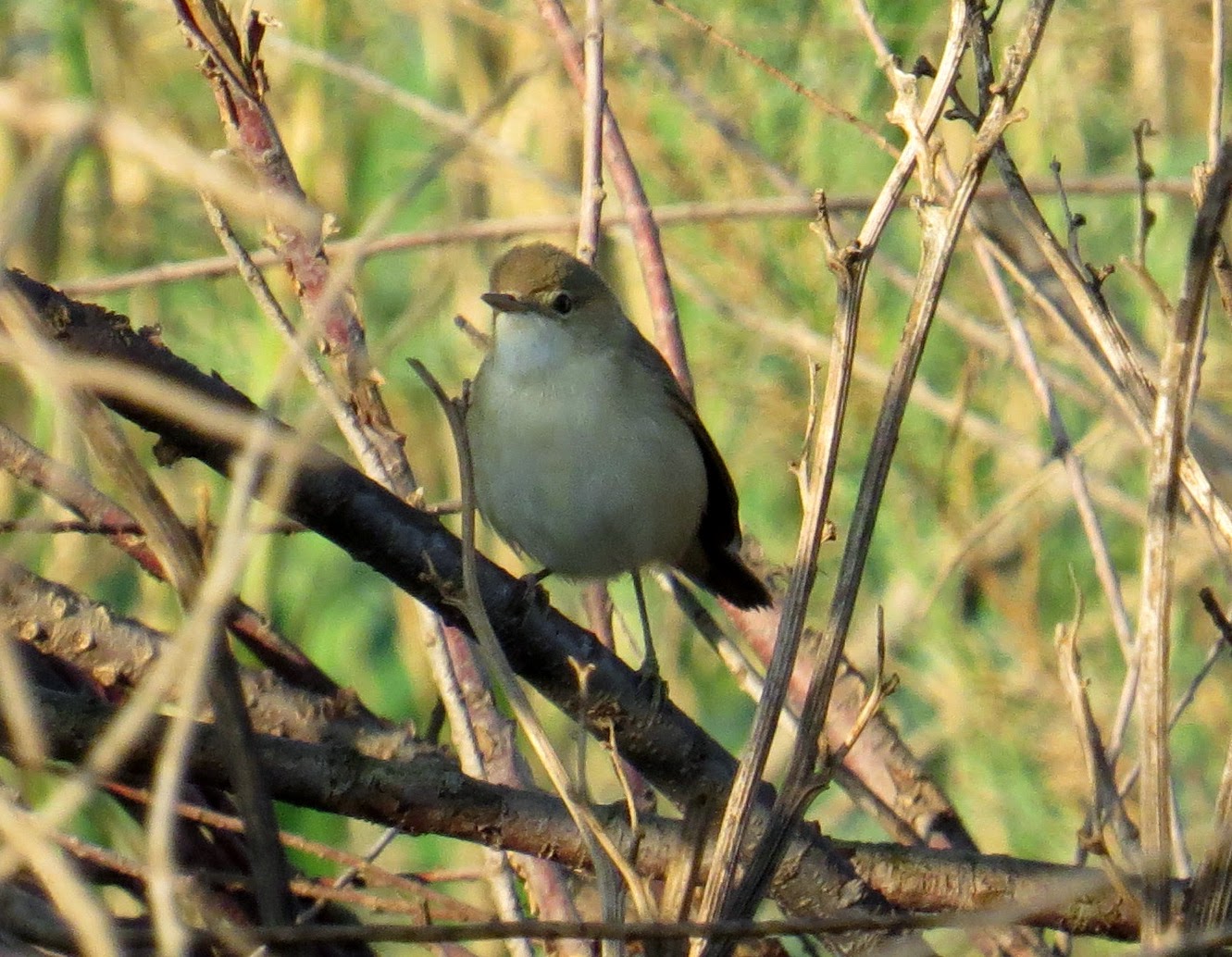 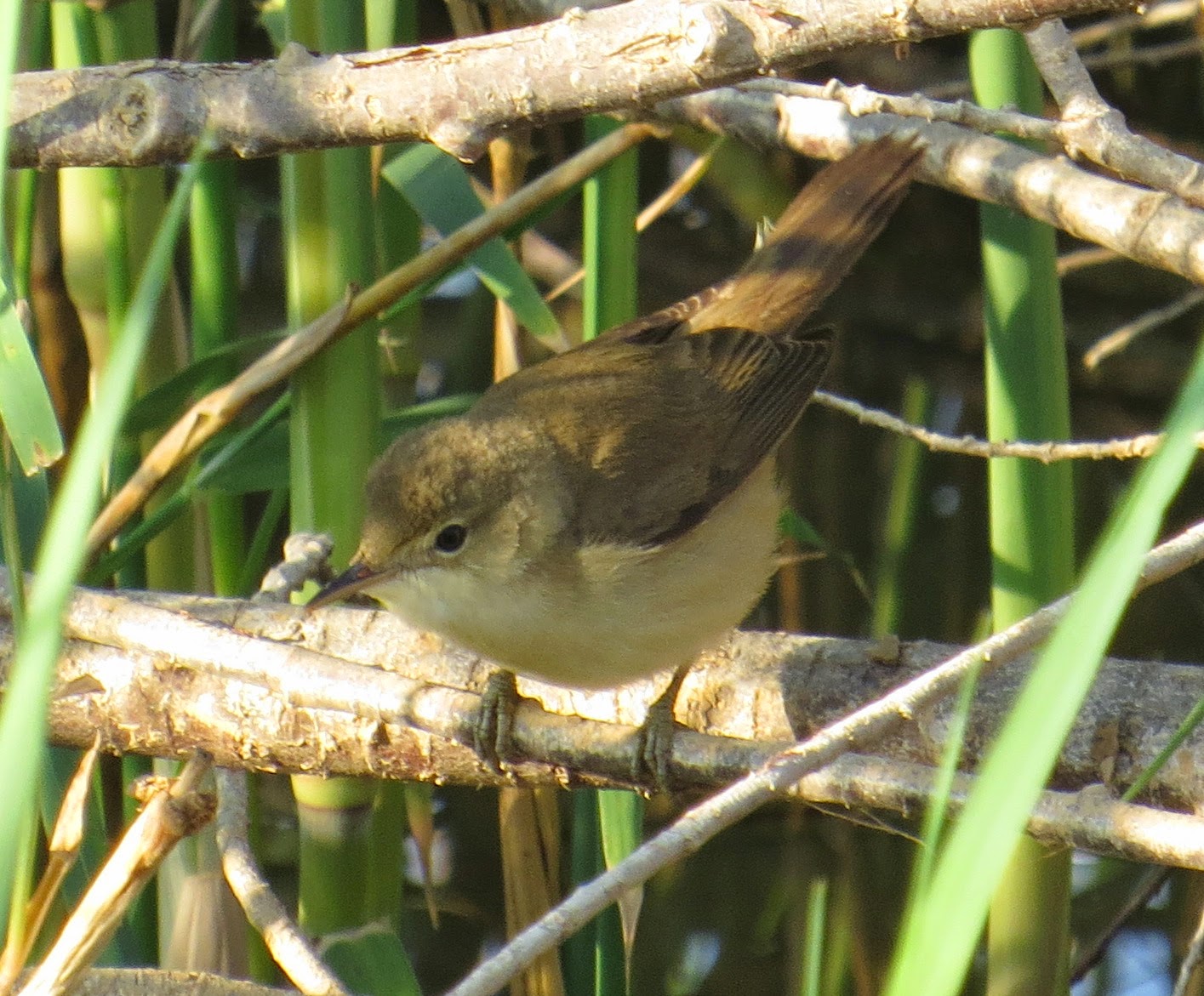 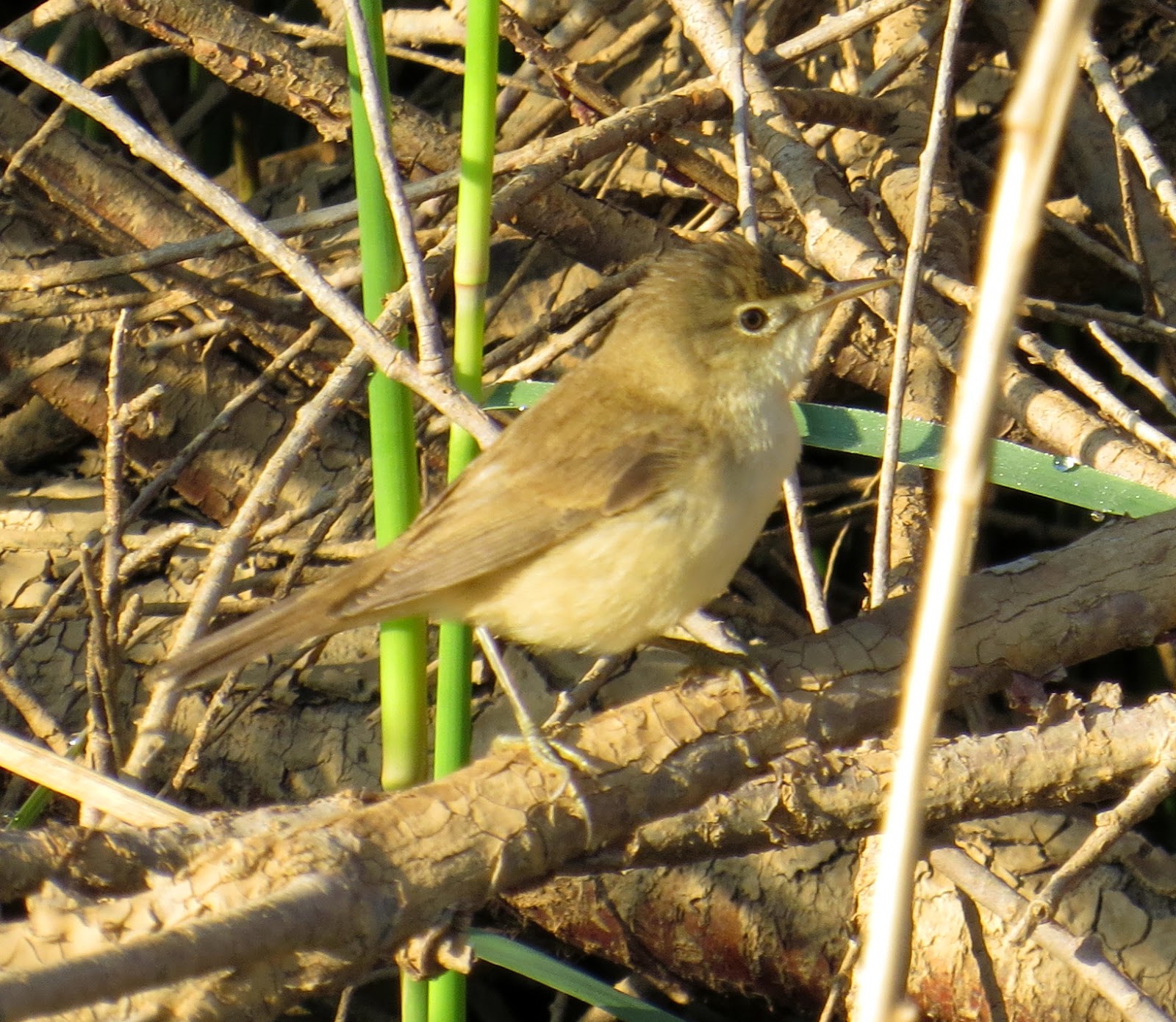 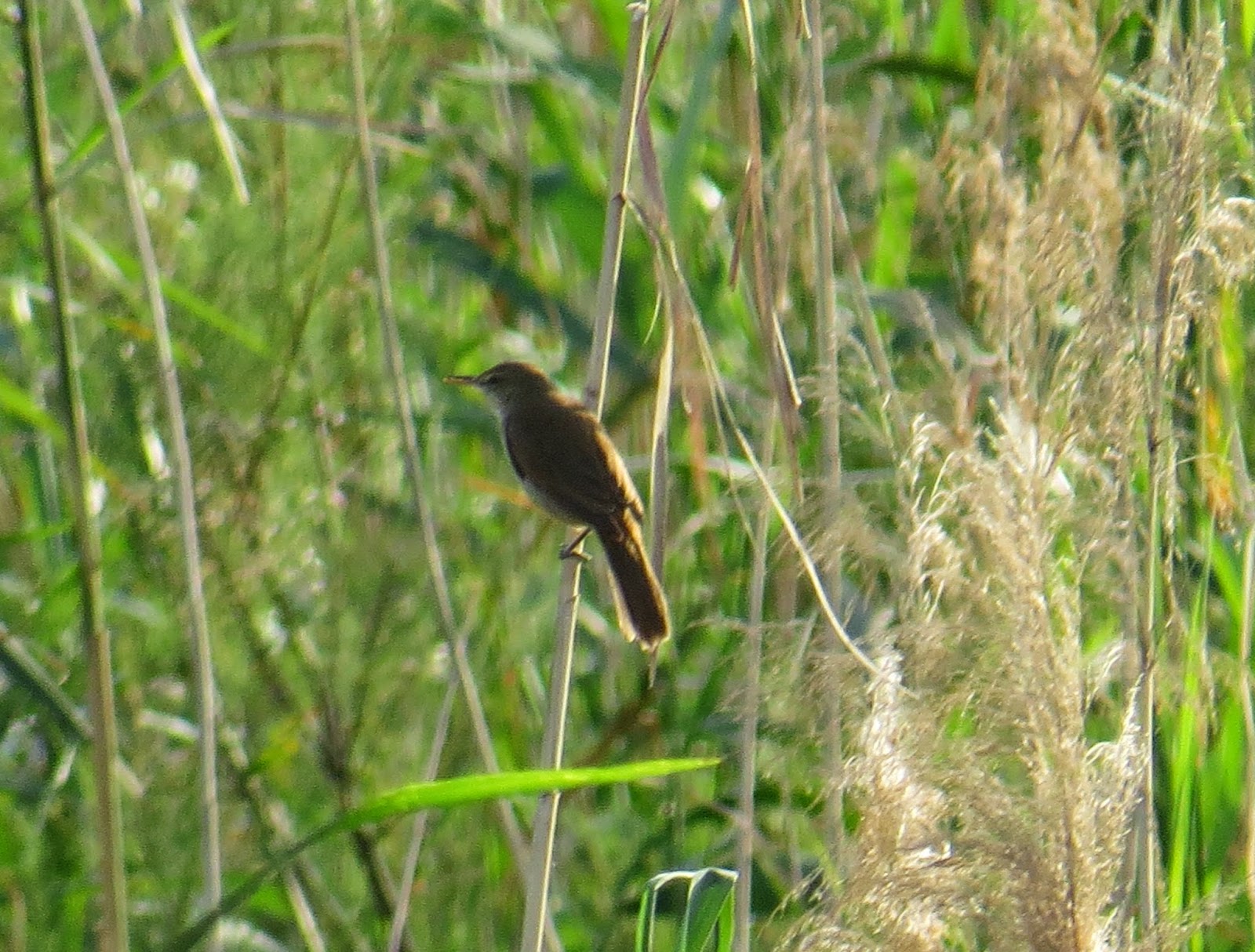 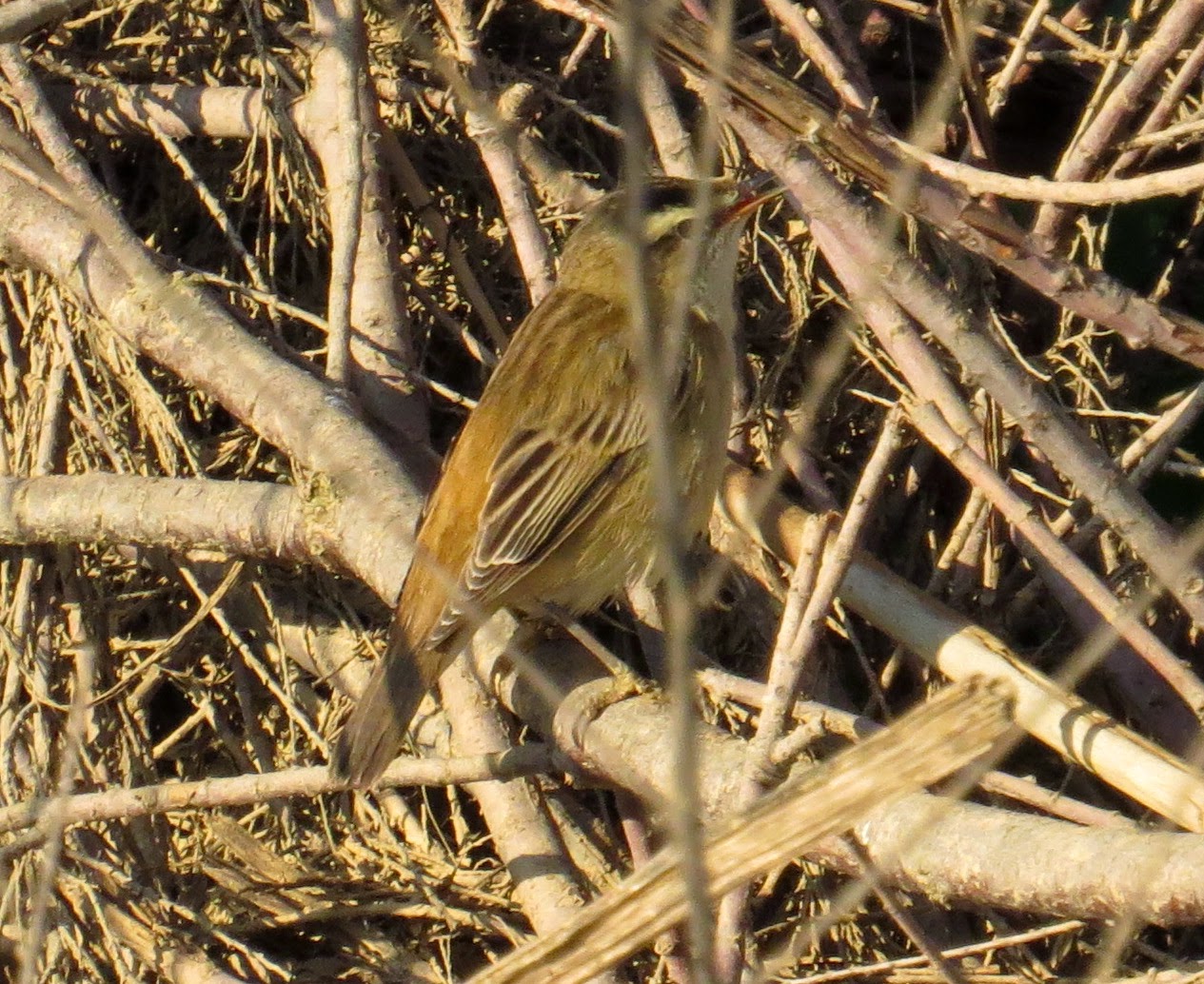 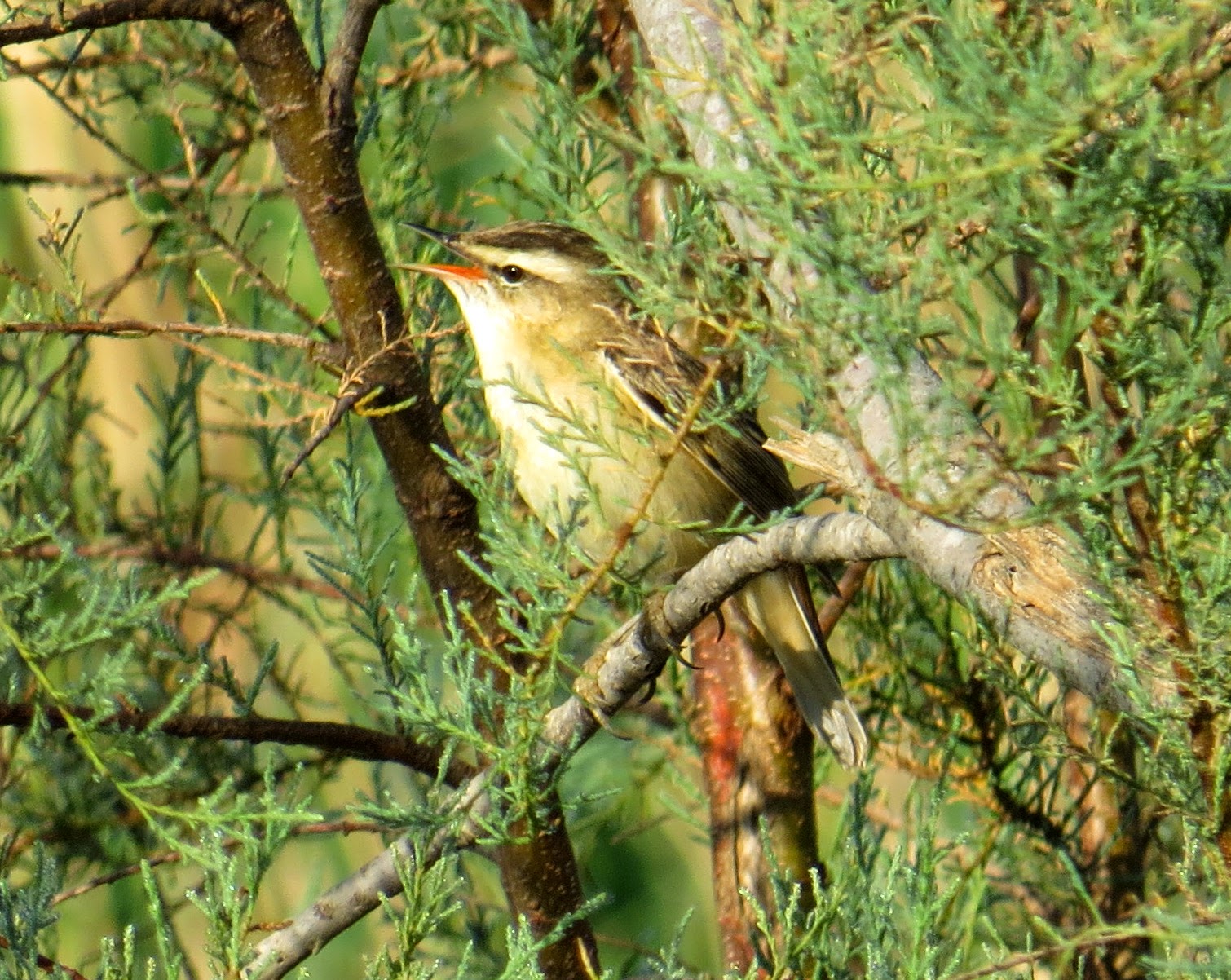 and a very bedraggled ear-bud of a Graceful Prinia. 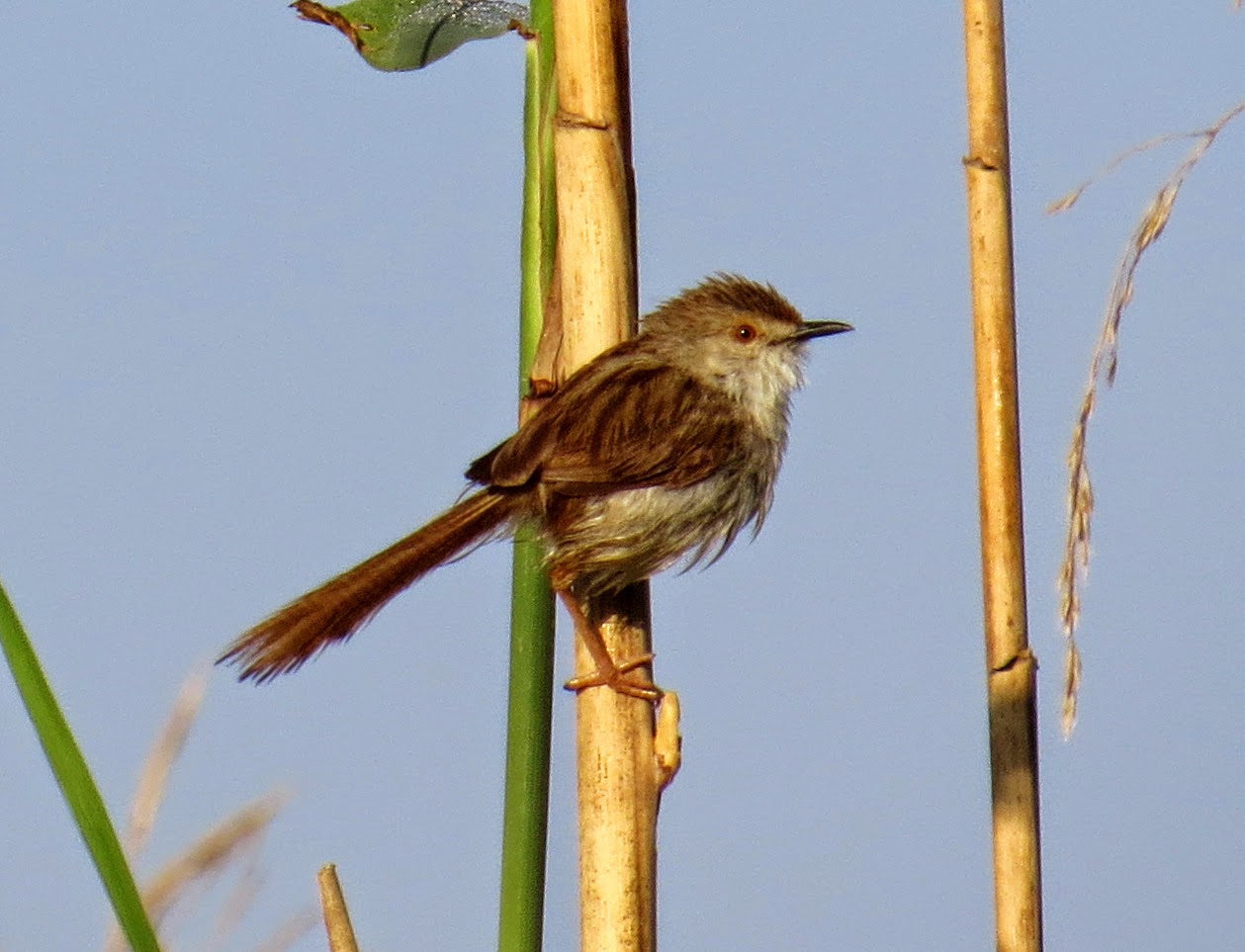 On the way back I stopped at a manure heap and checked out the wagtails. Two definite races present. 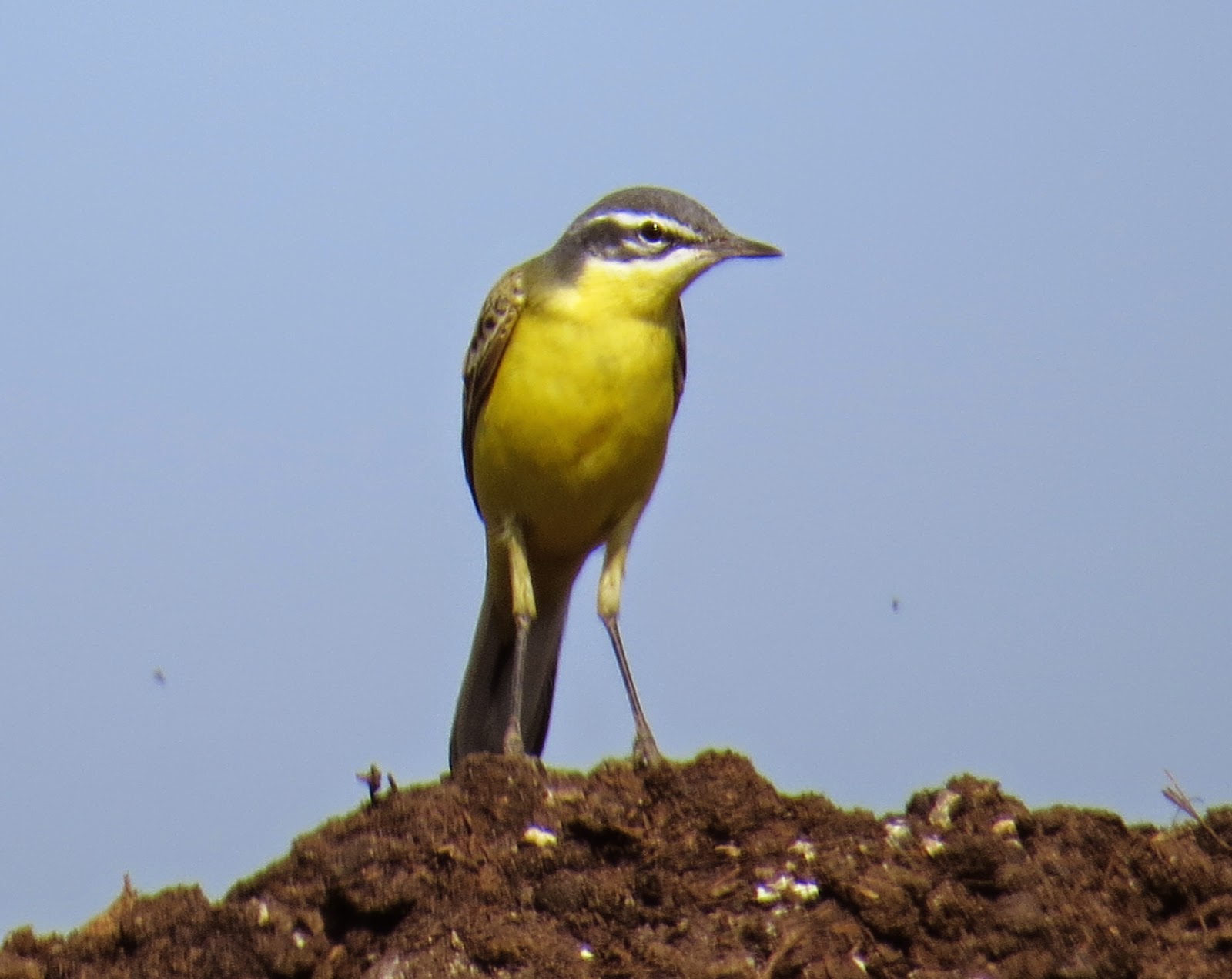 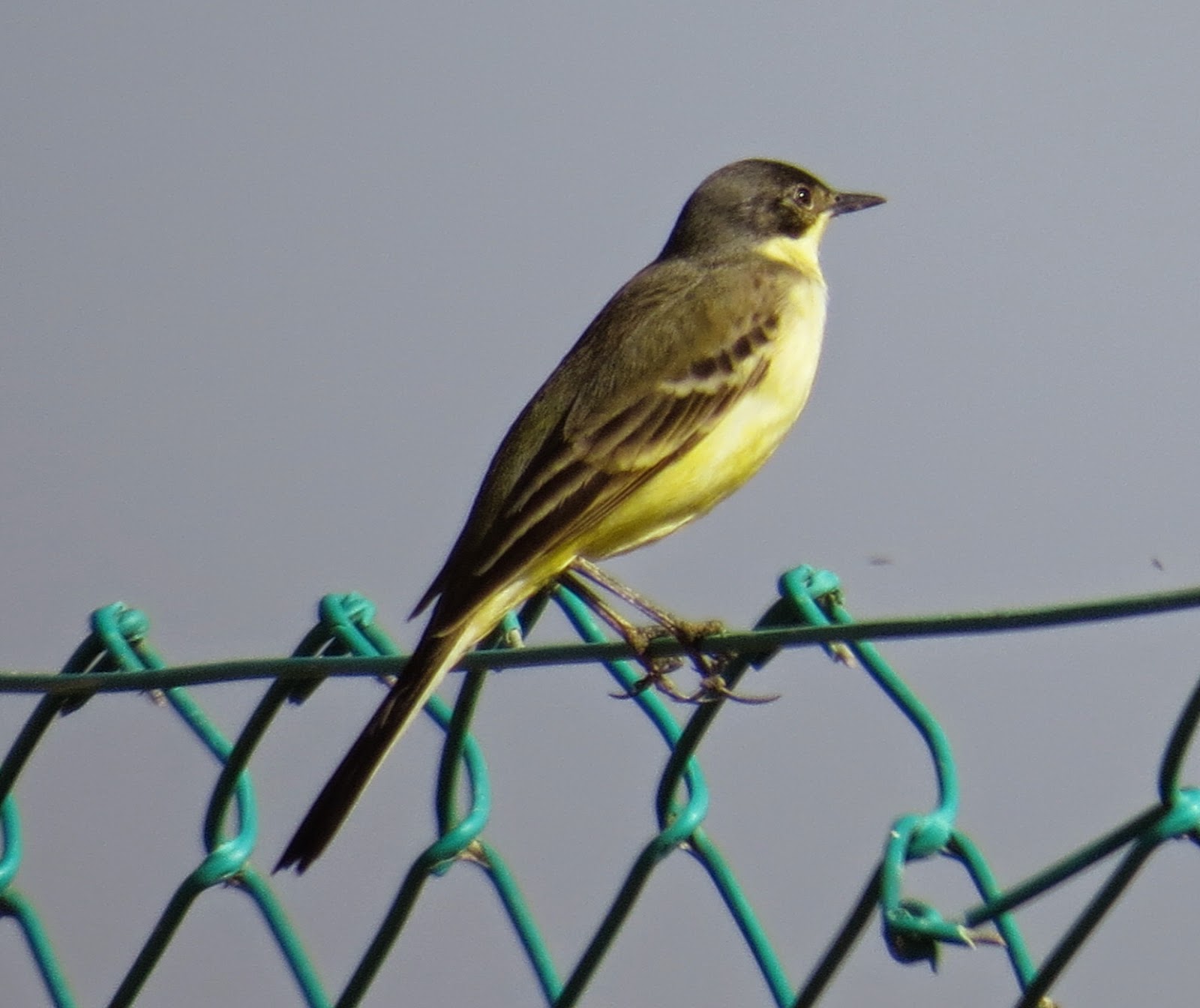 Finally, back on the kibbutz we've had some impressive numbers of White Storks passing through. This lift-off was only one of several last weekend. Many Steppe Buzzards in with the thermaling storks too. 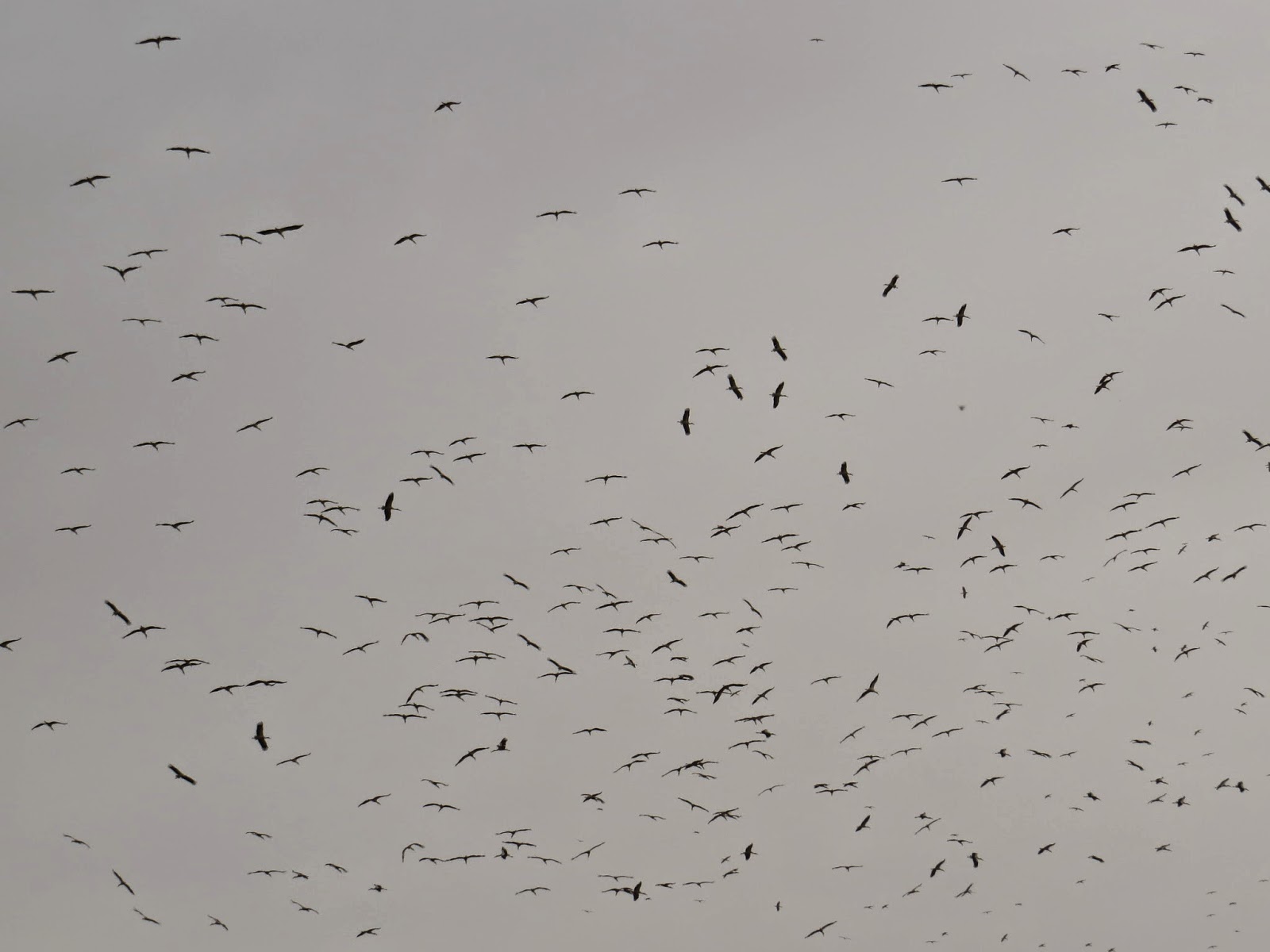 One of the kibbutz trees has become popular with cavity nesters: I noticed this Hoopoe entering its nest hole, 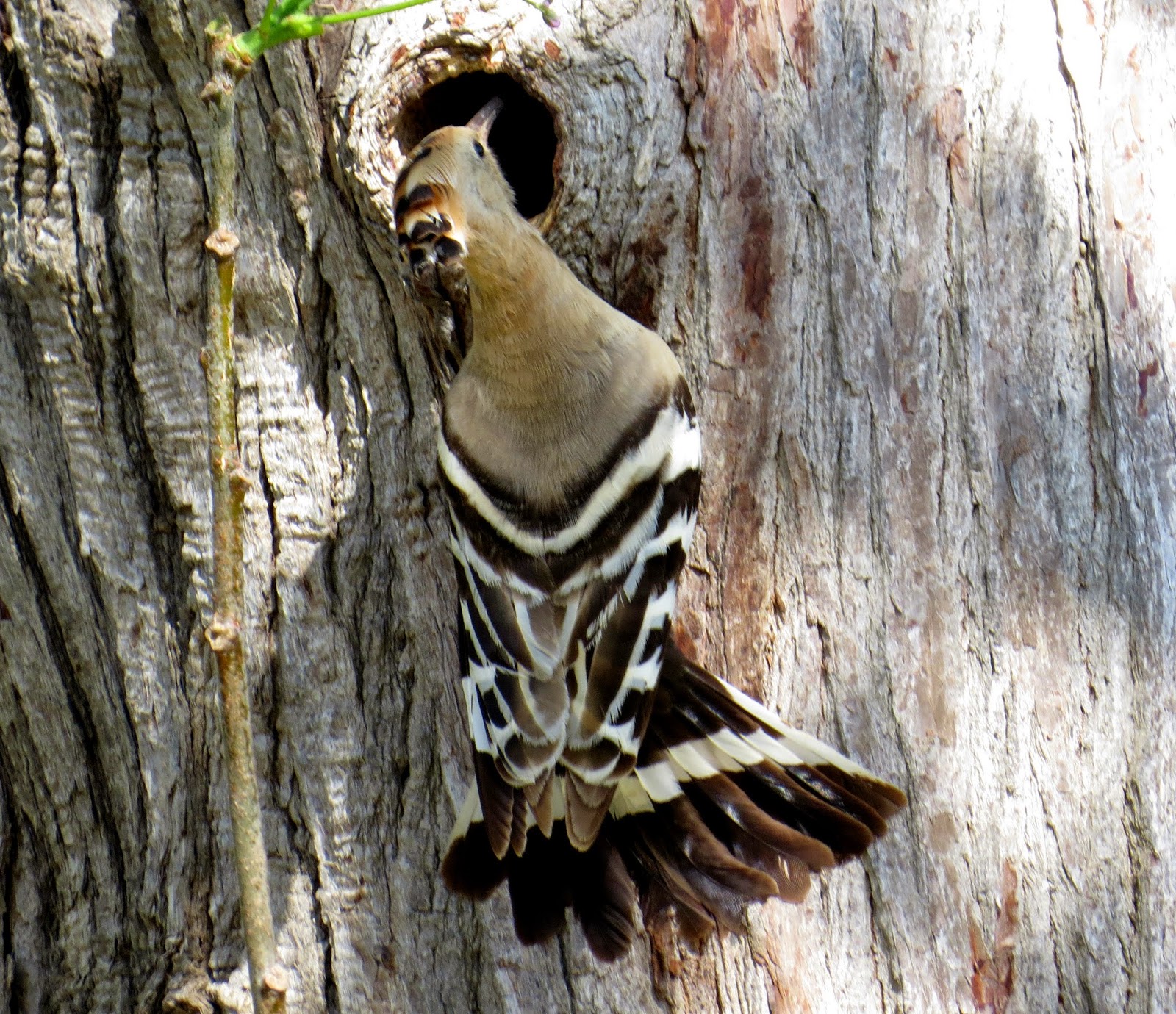 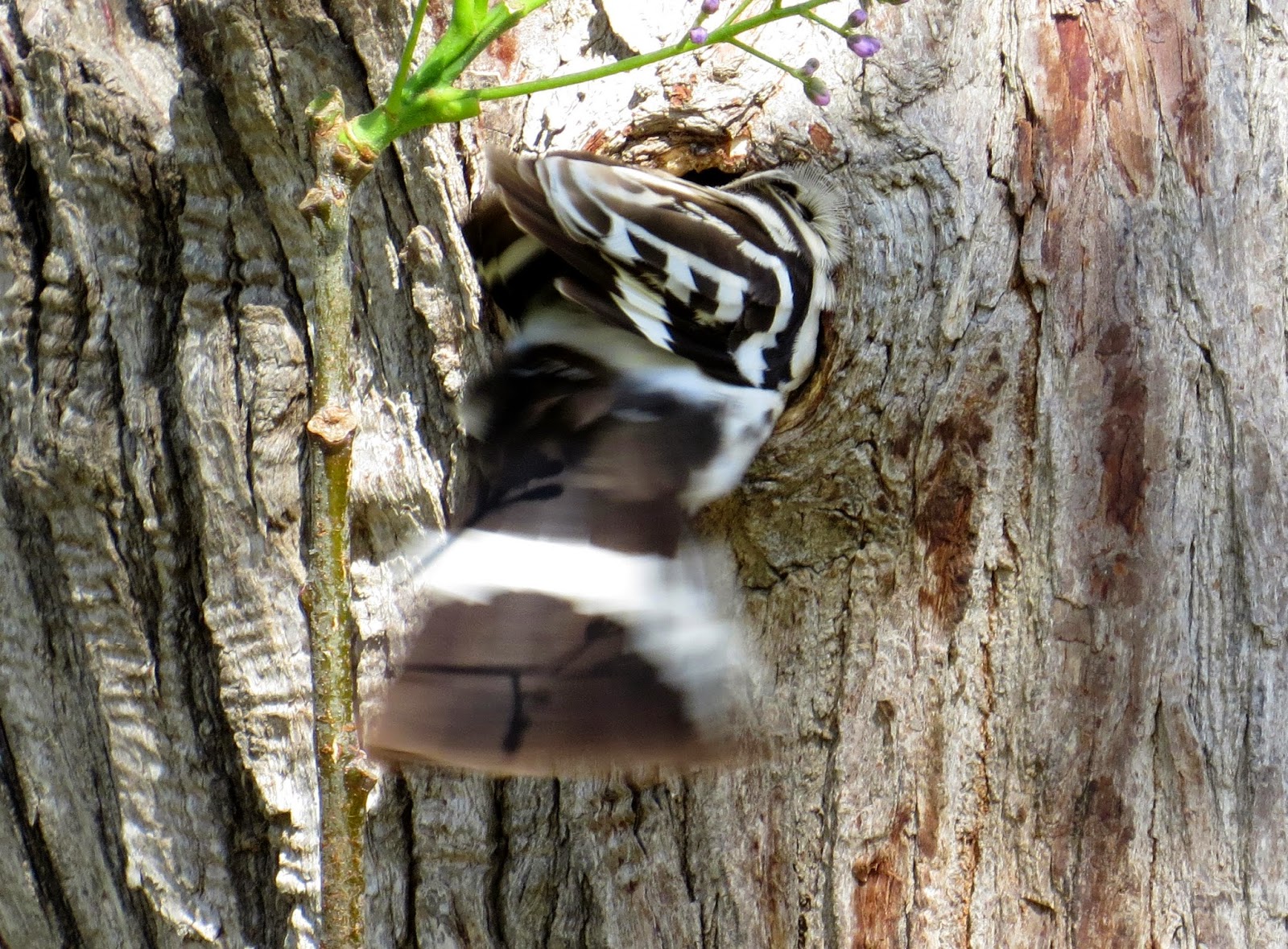 and less than a metre above the Hoopoe was a newly excavated woodpecker hole, complete with woodpecker. I haven't seen two separate species nest in such close proximity before. 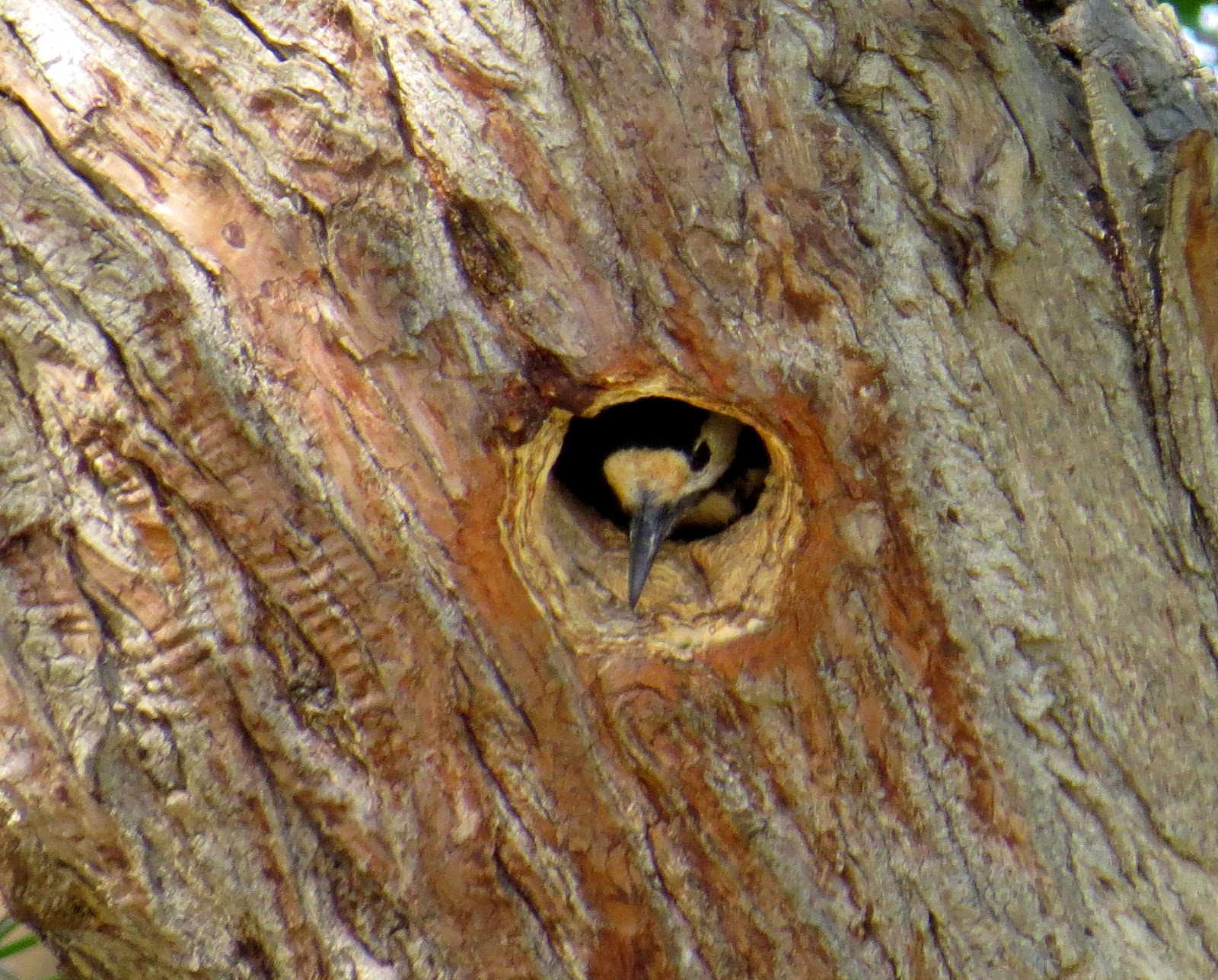 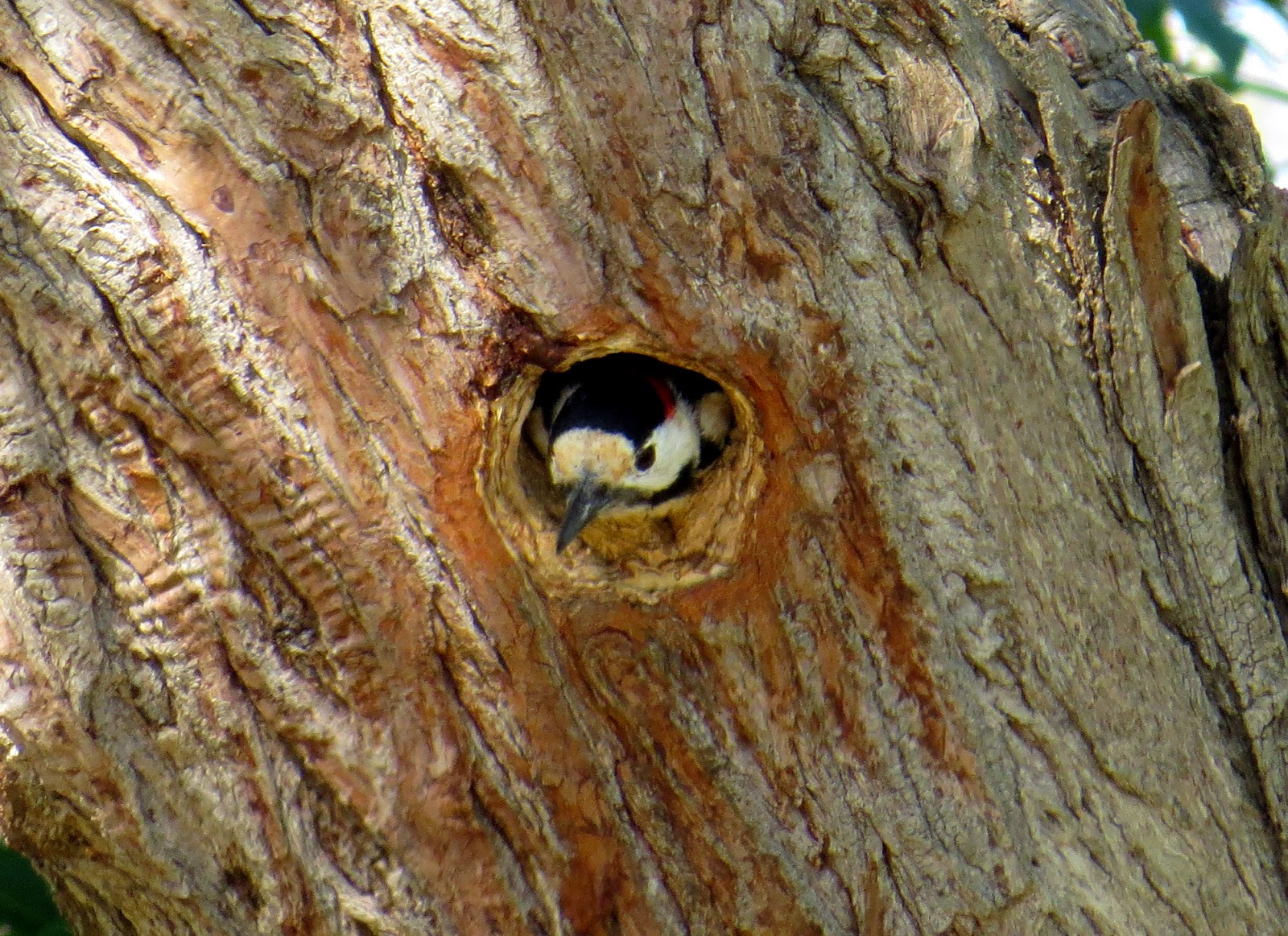 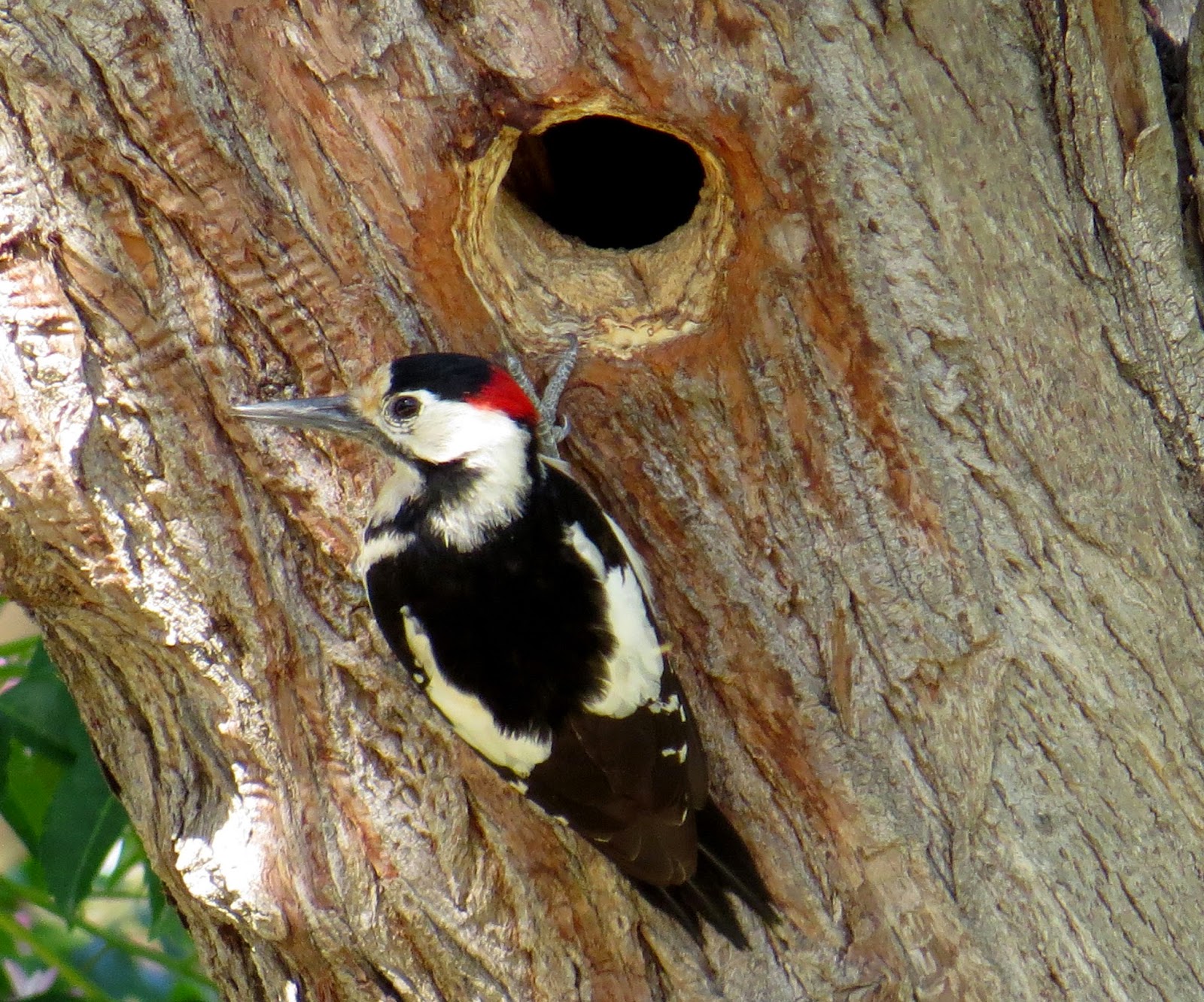 Other competition checking out the site. 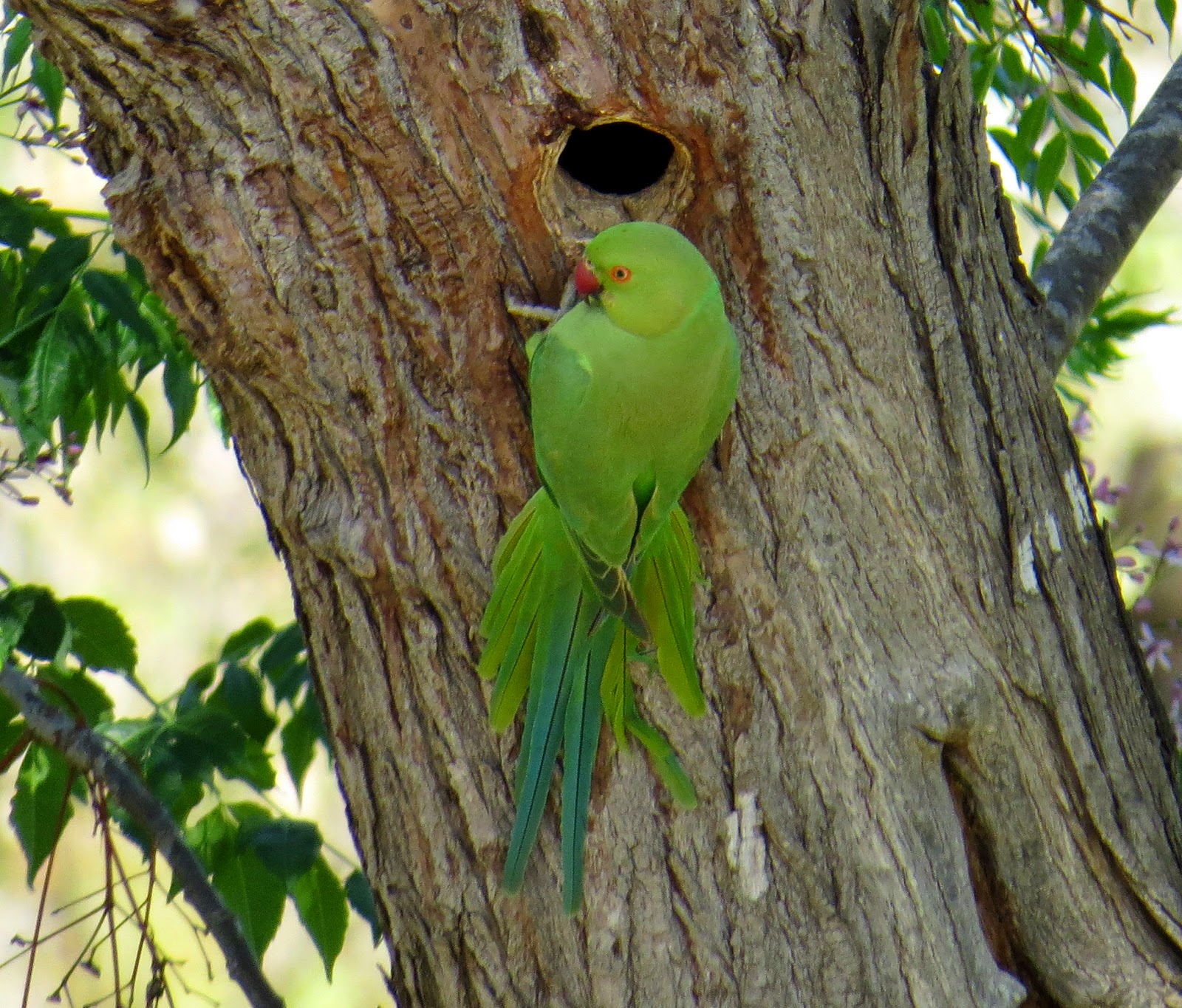 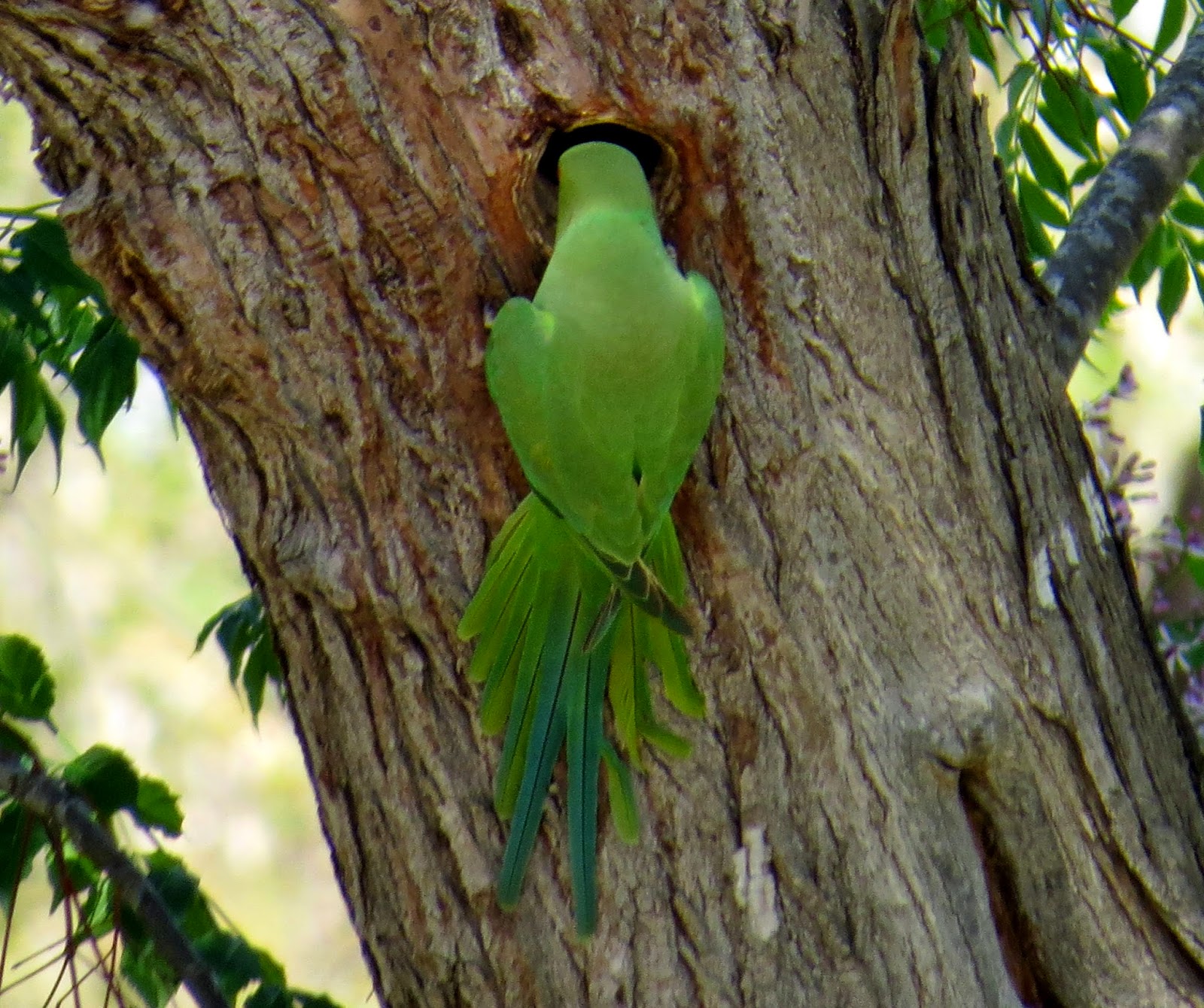