My commute to work is quite long but it goes through some good habitat. Today's gems were a pair of Hobbies. Really fine looking falcons! I watched them chase each other from tree to tree for a short time before one disappeared off into the desert. Thinking the show was over I was just about to drive on when it suddenly reappeared with a clawful of passerine (Blackcap?). 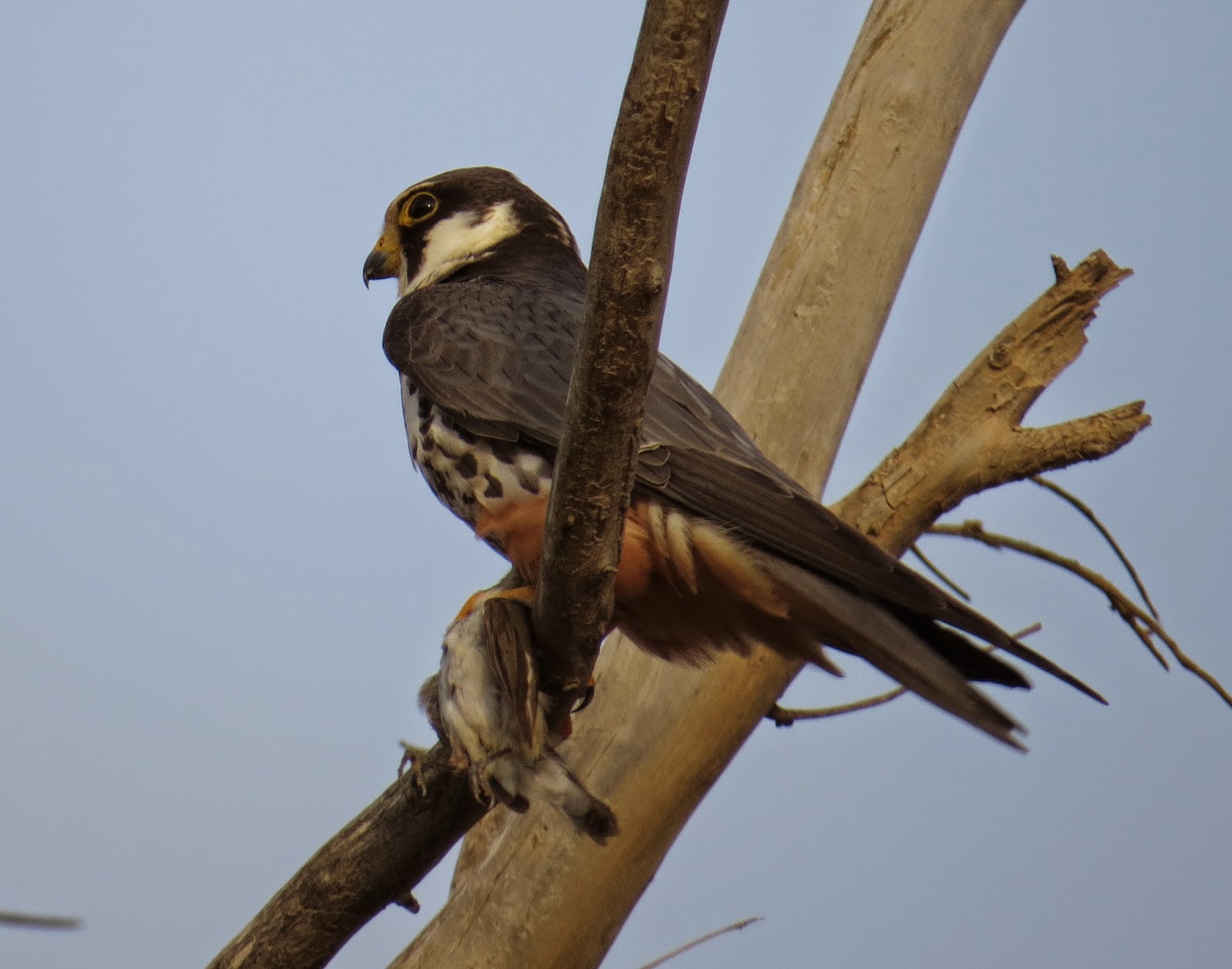 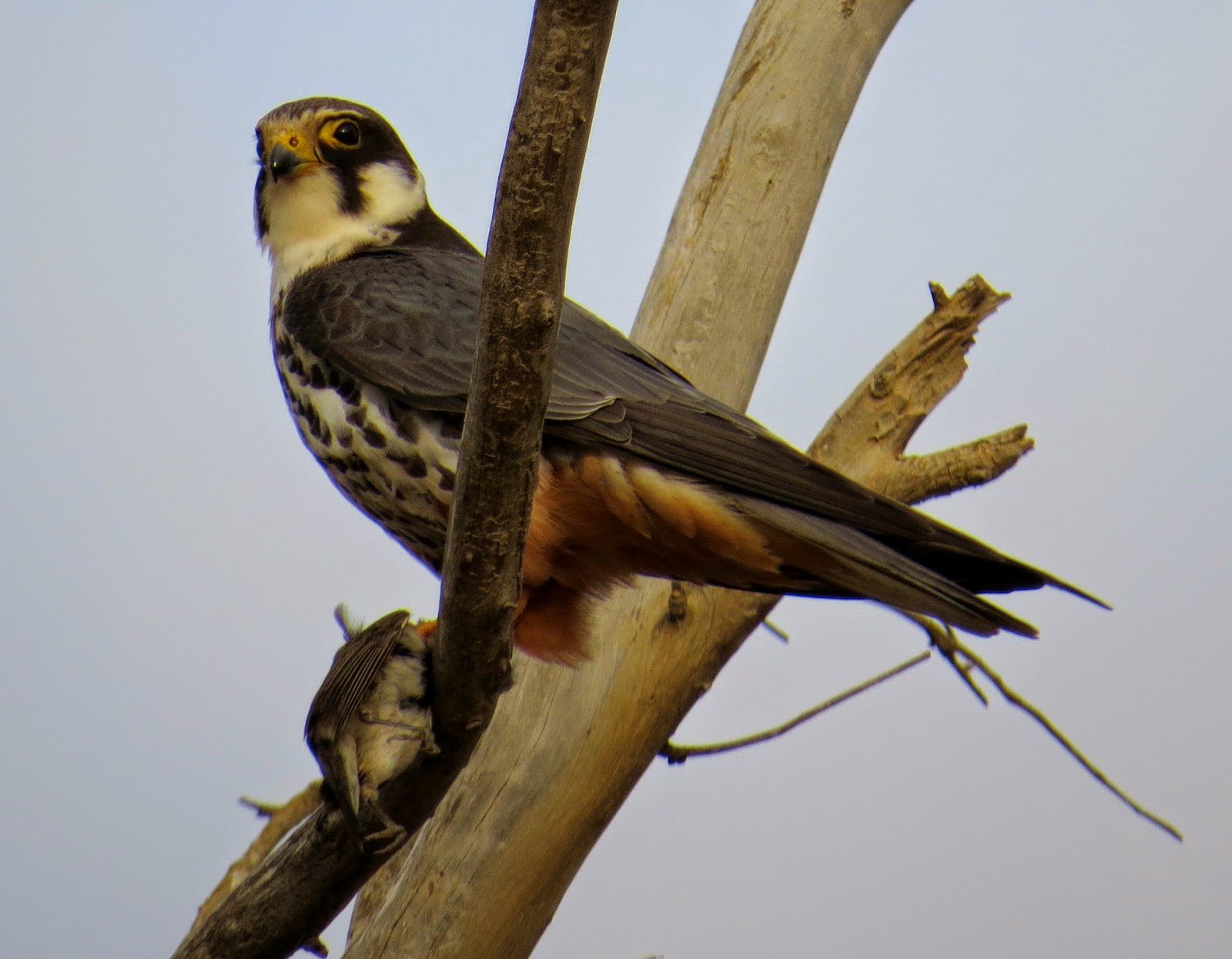 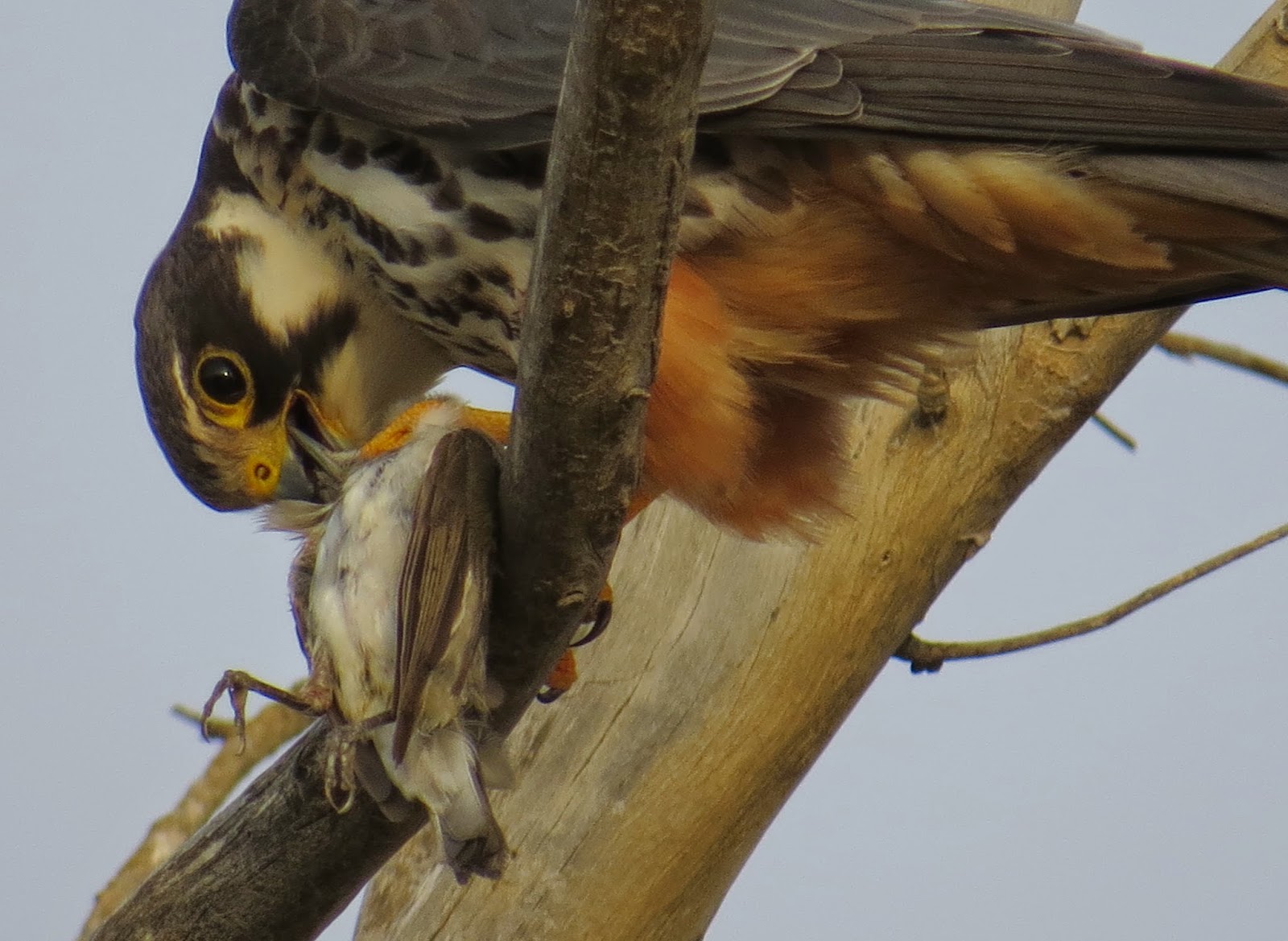 Further on I stopped to take a portrait of one of the four Little Owls I see every day. 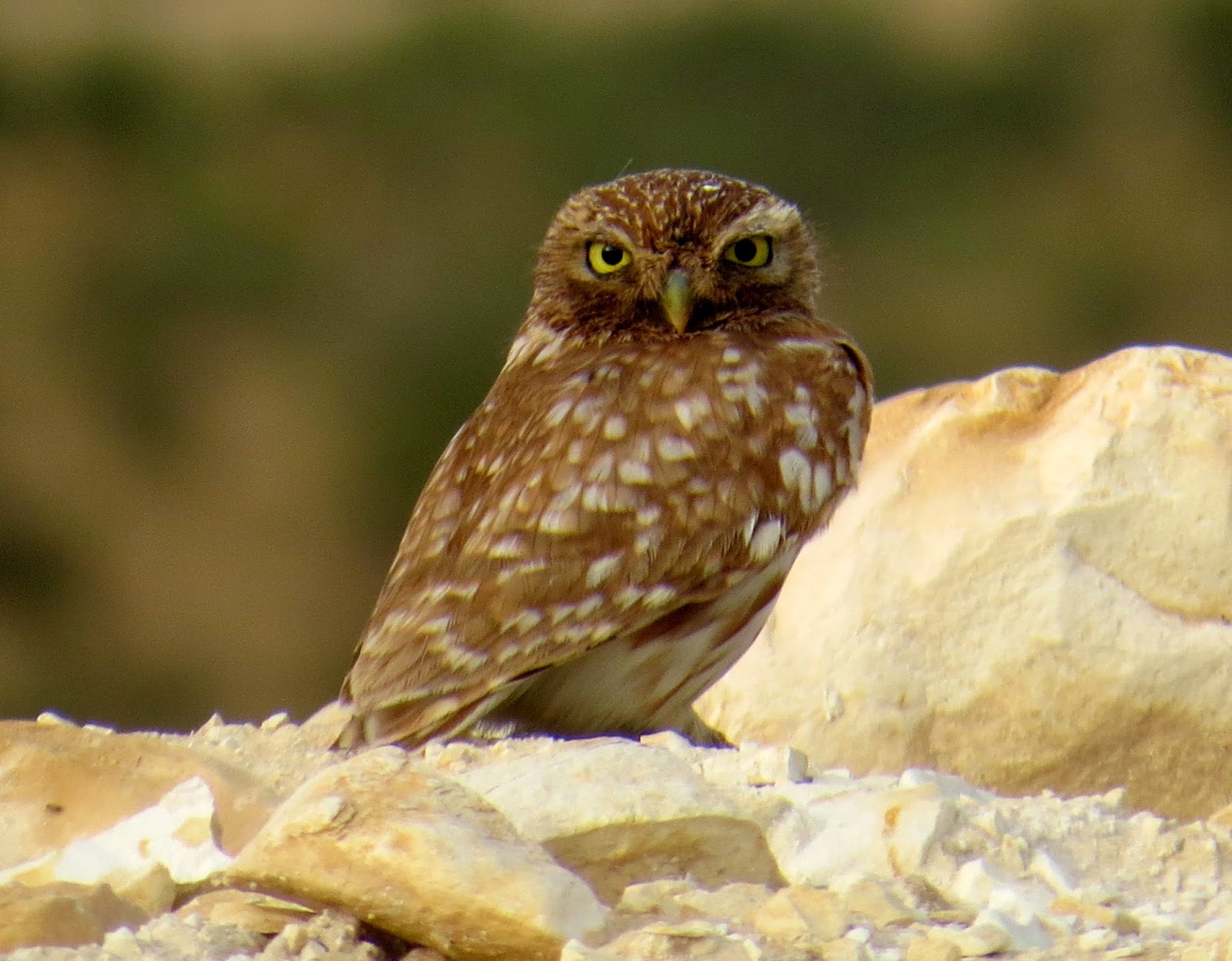 On the way home a friend called me to say he'd seen two Great Spotted Cuckoo fledglings being fed by a Hooded Crow. Although GSCs may lay more than one egg in a nest I've never seen more than one juv. at a time. Thanks for the tip, Aviv!

The crow is offering a twig. Really. 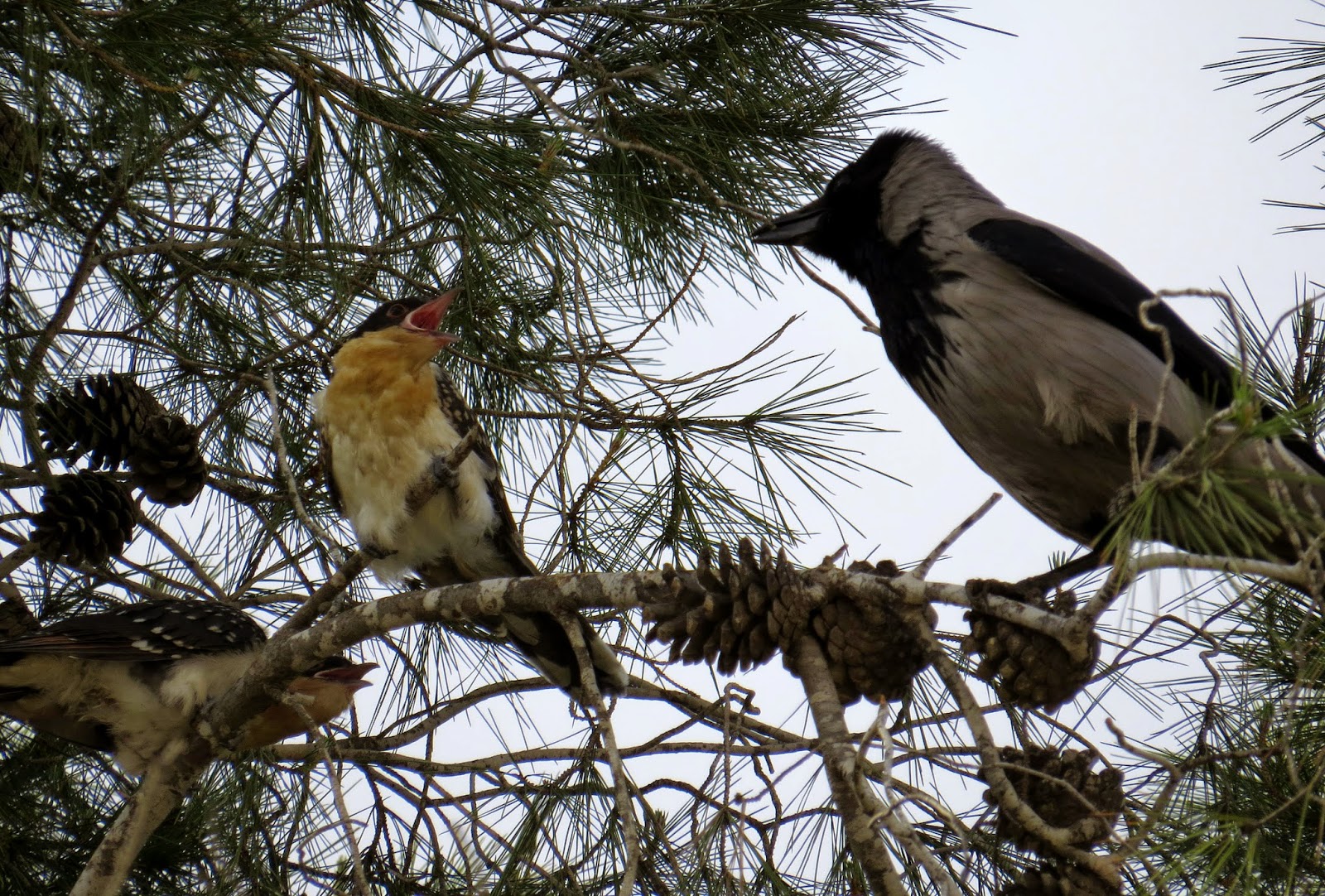 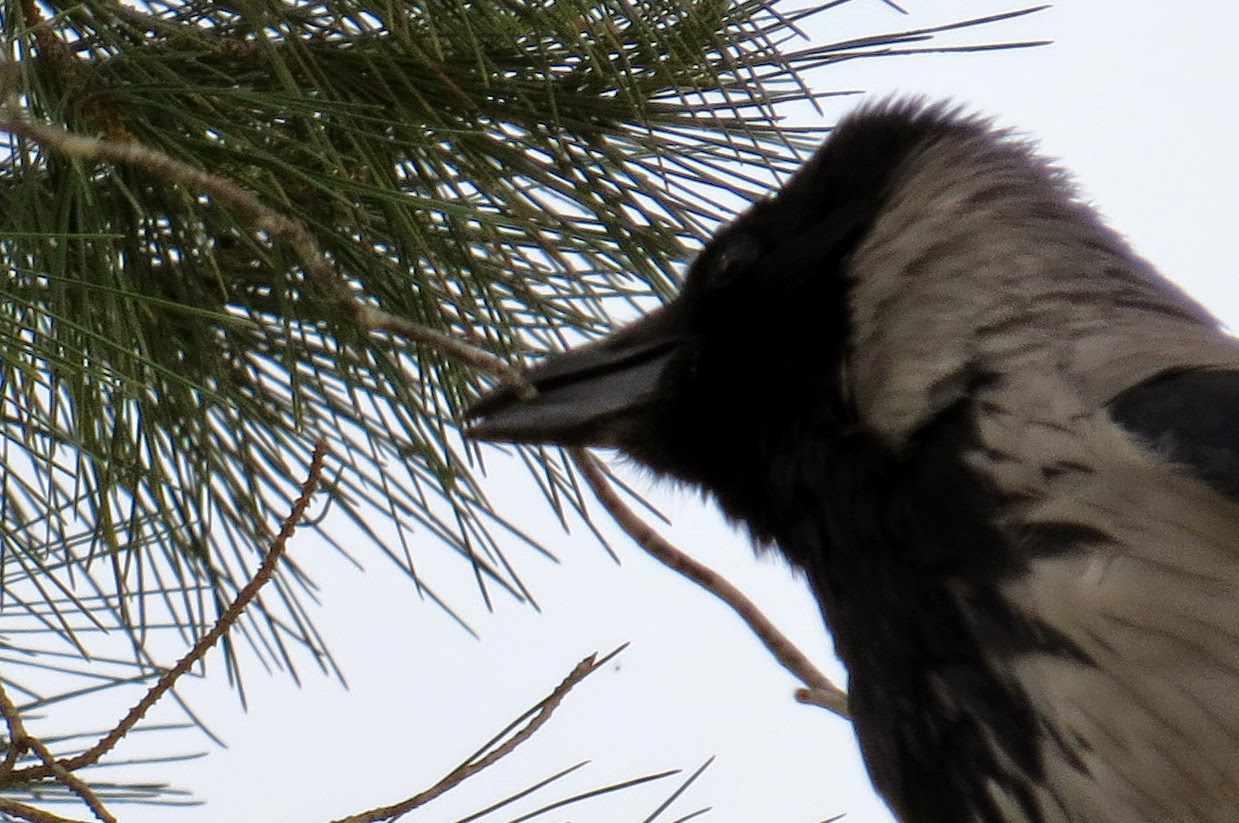 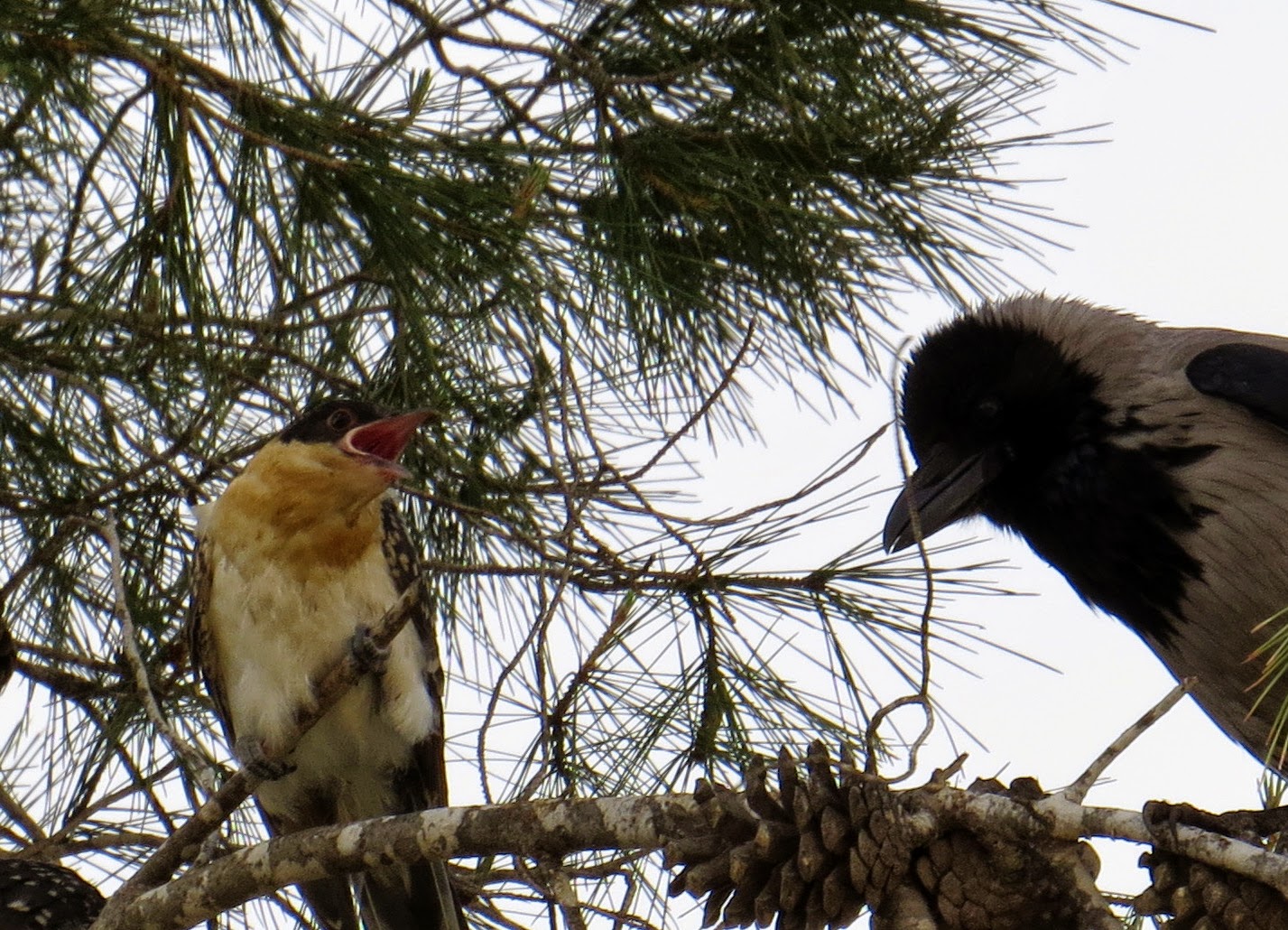 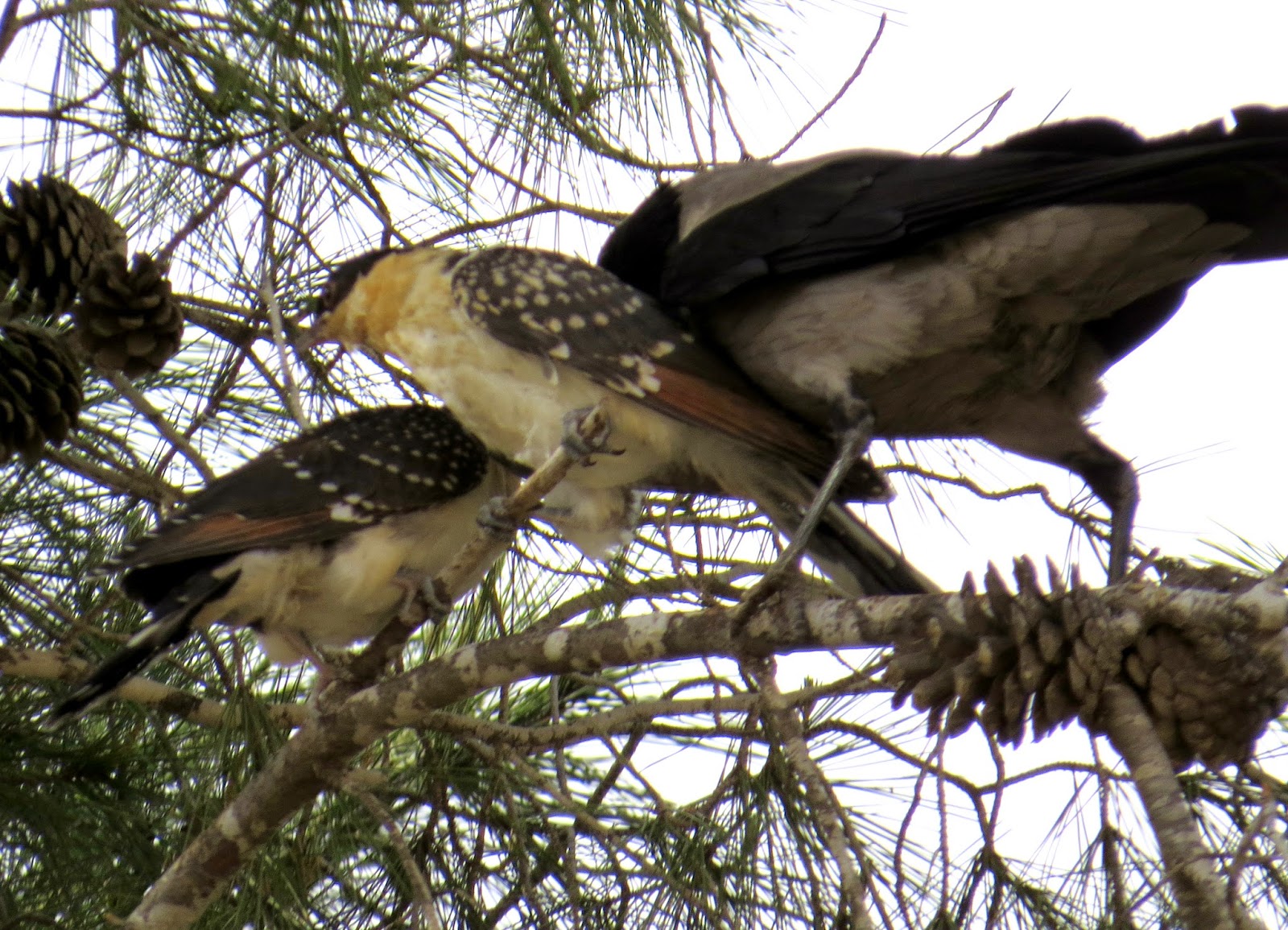 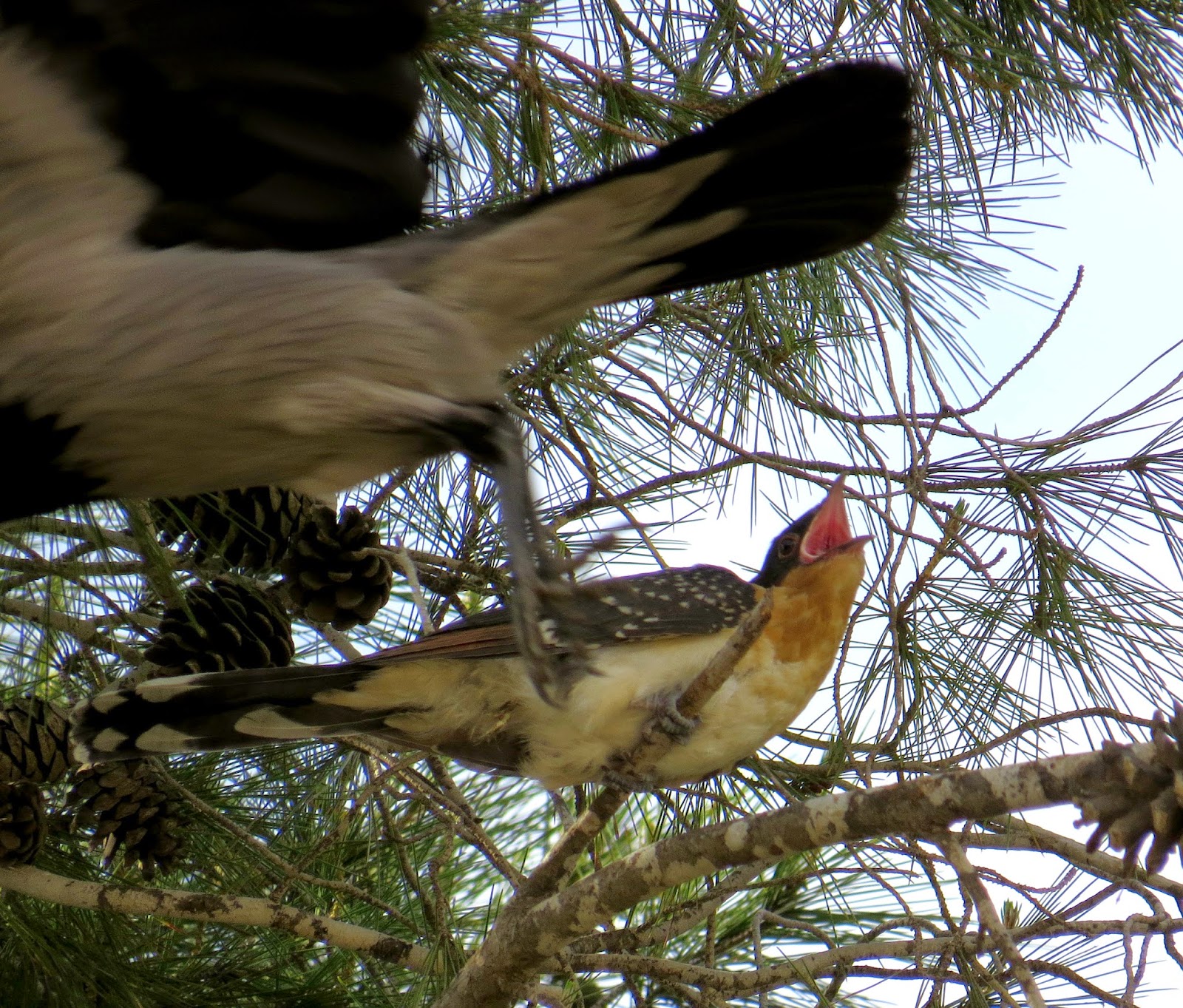 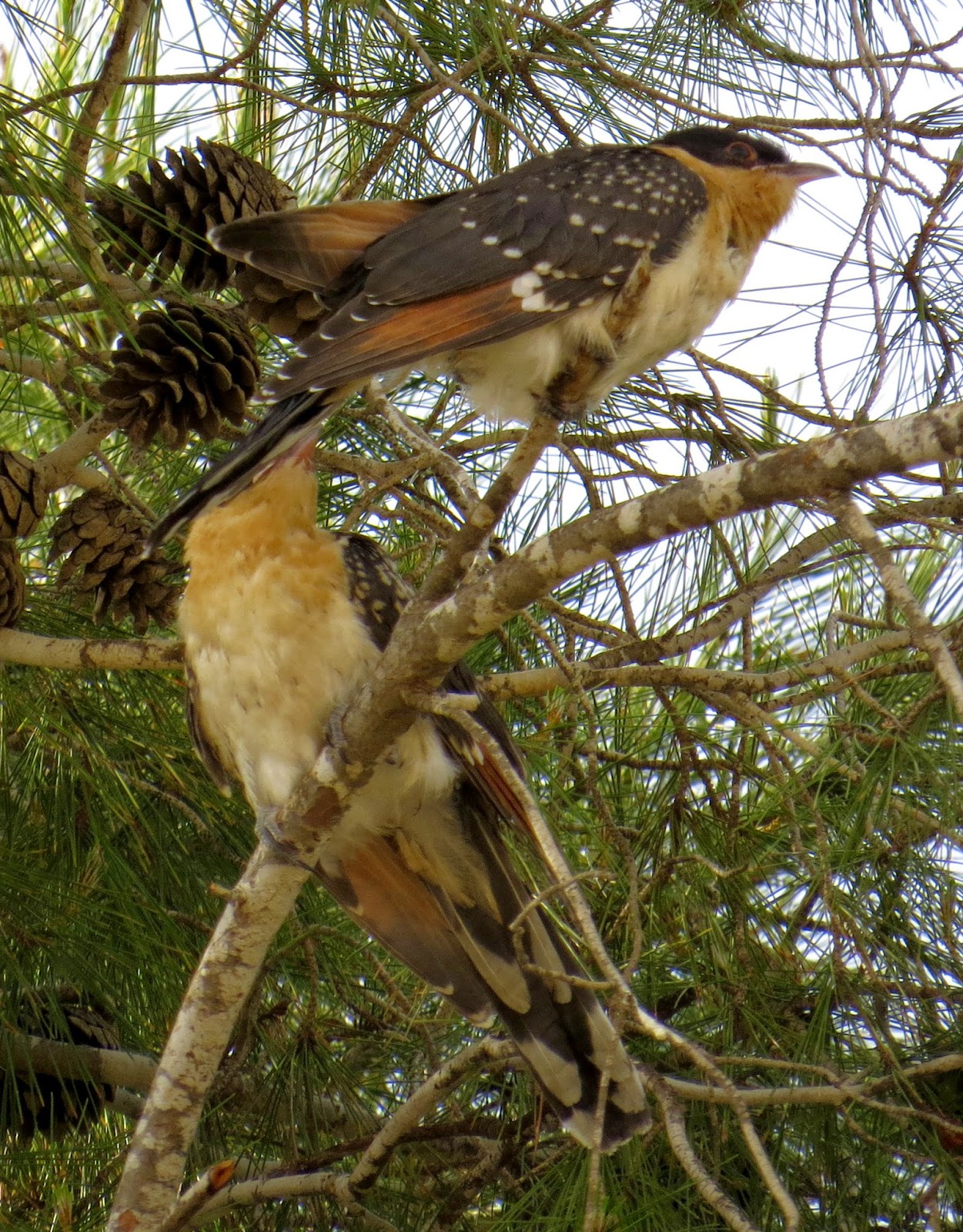 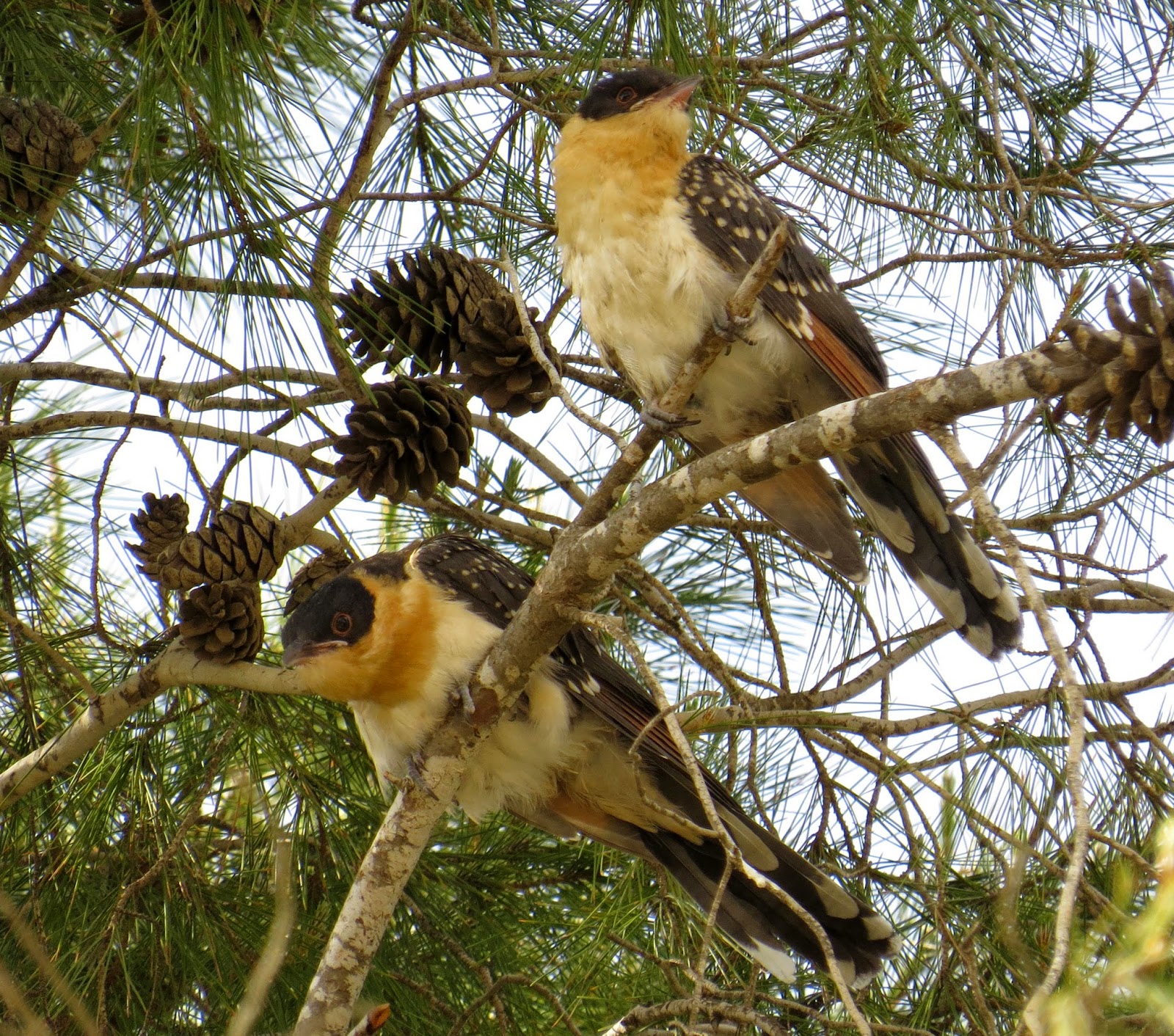 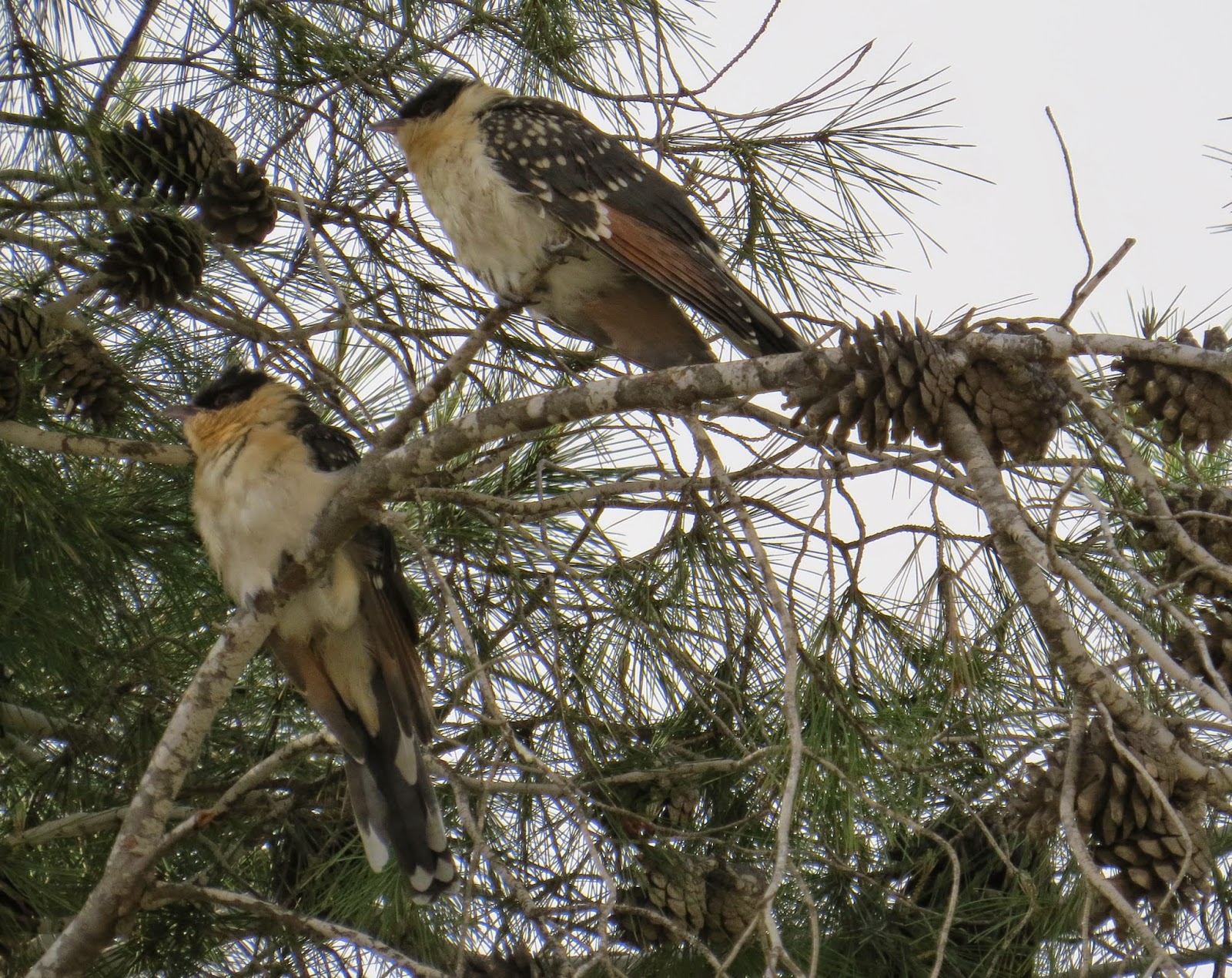 I don't know what the crow brought this time but it was more favourably received than the twig. 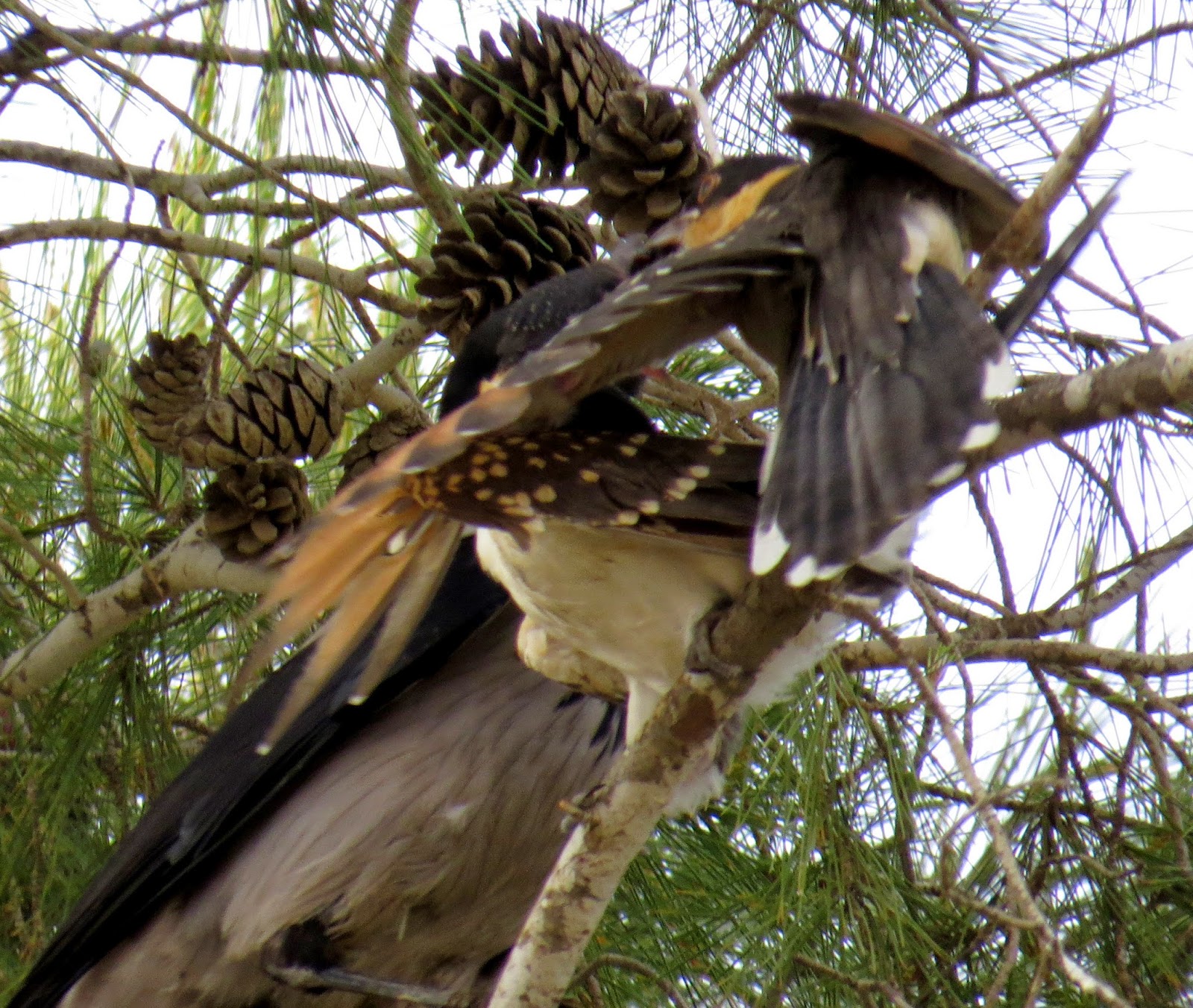 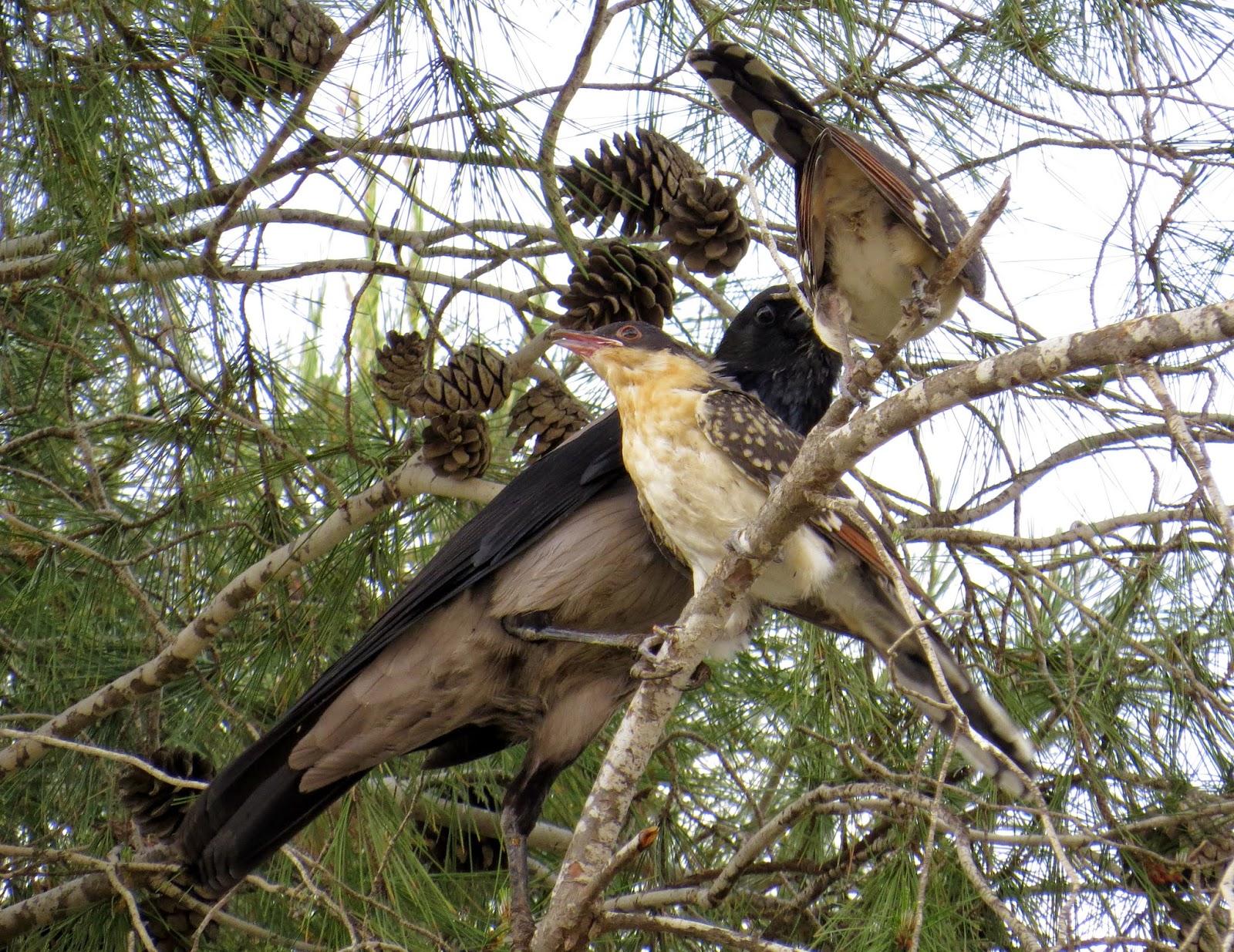 Rollers have been noticeable by their absence around here - until today. Two on the way to work and four others near Rei'im on the way home. As usual they rarely allow a close approach. 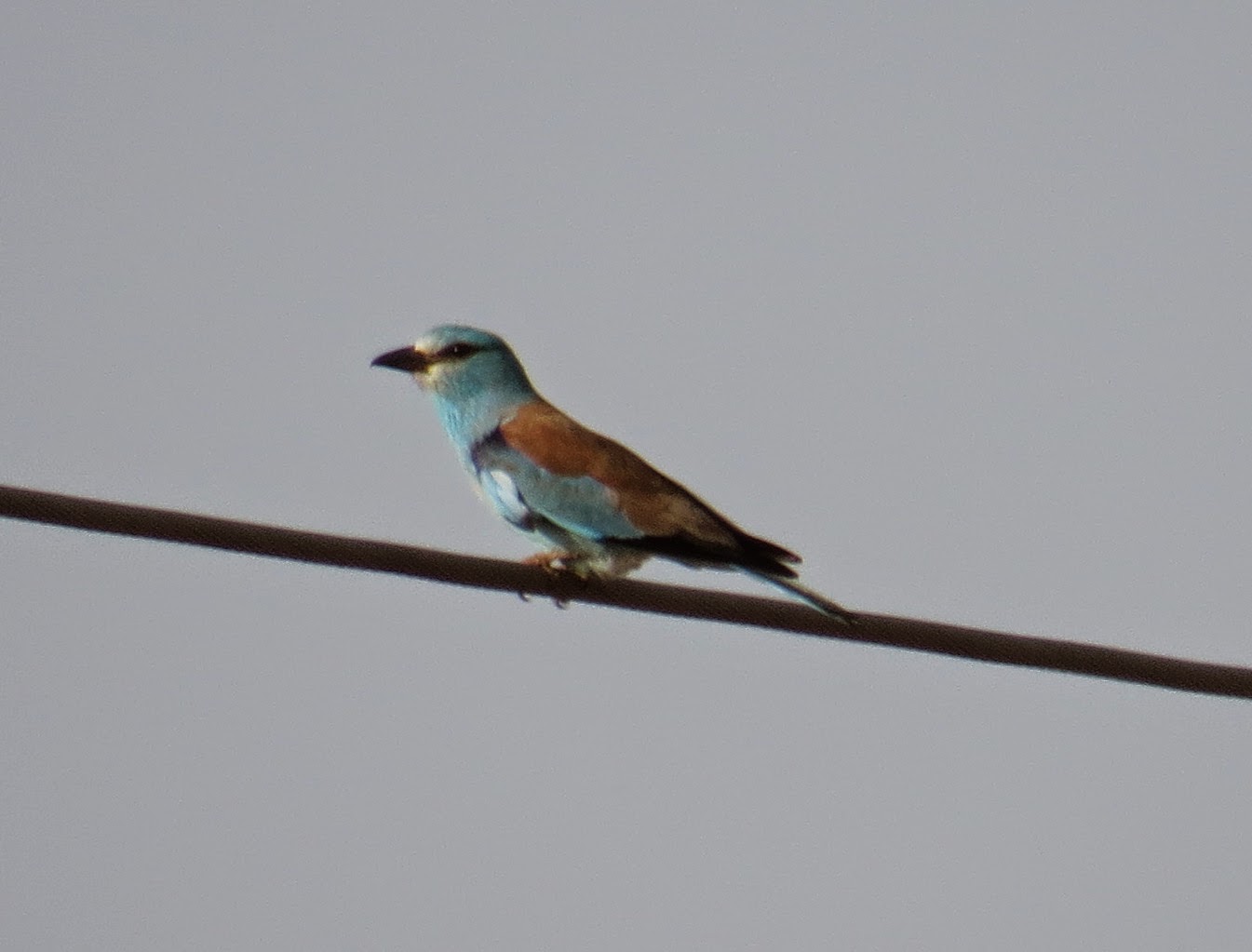 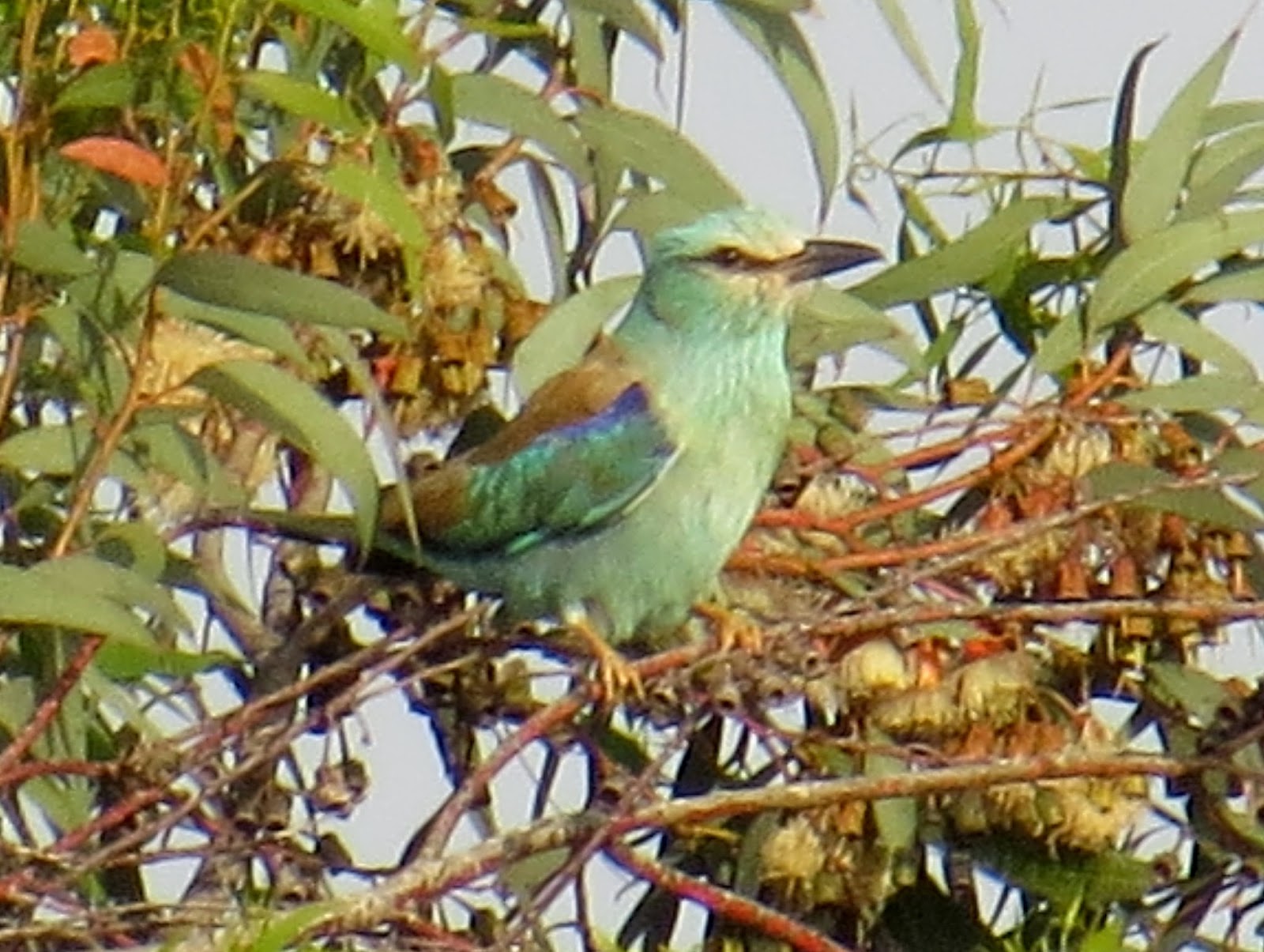 Rollers are quite common summer visitors in this area but I never get tired of their African charm.