Had a good couple of hours at Besor Reservoir this morning. Started off with a Rufous Bush-robin singing nicely, 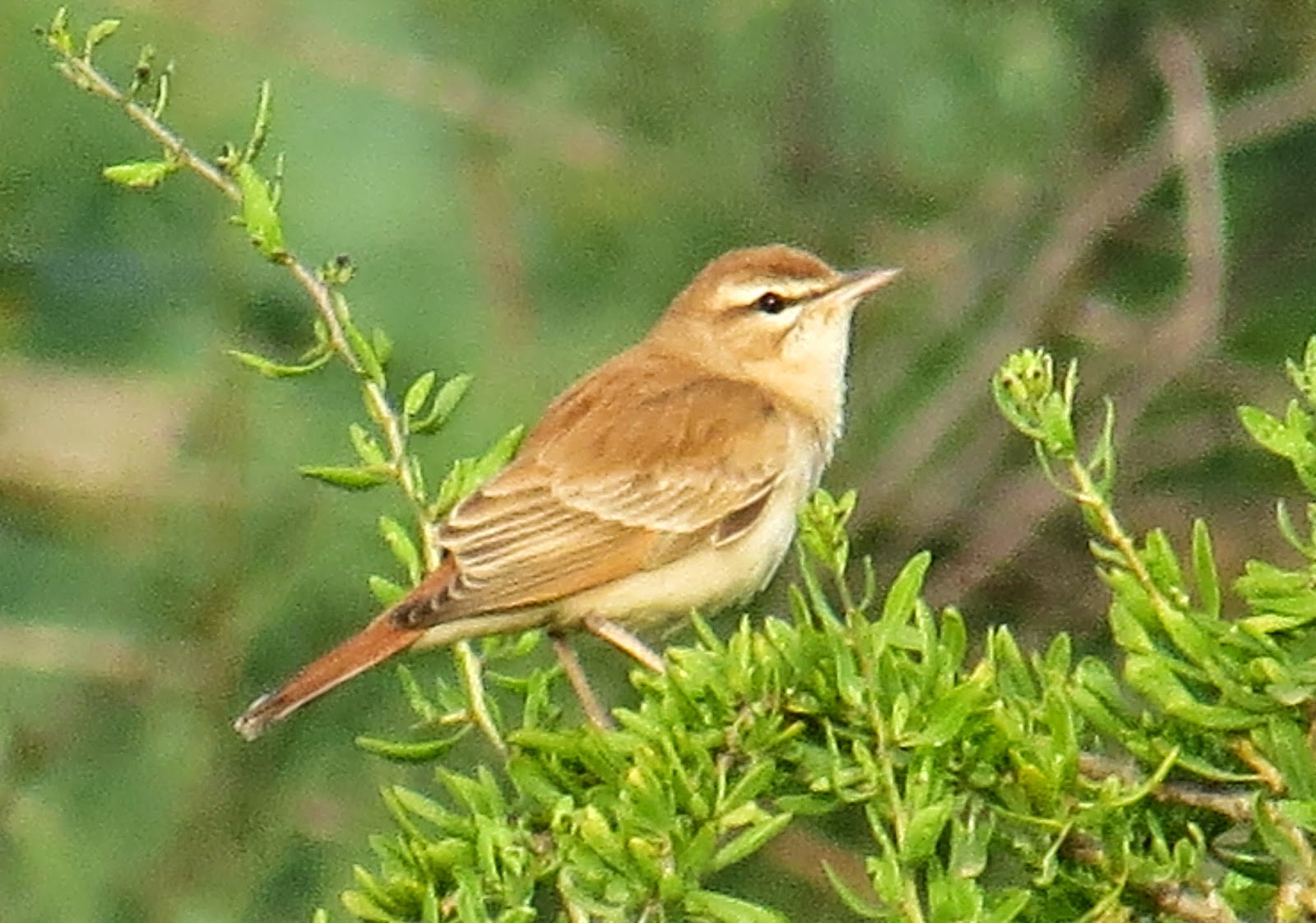 followed by a single Feruginous Duck, Night Heron and Purple Heron (only the second or third I've seen here). Clouds of Swallows flying over, Blackcaps and Lesser Whitethroats everywhere. The reeds were full of Acrocephalus warblers - note worthy were Marsh (call) and both Great Reed and Clamorous. Nightingales and Bluethroats made appearances too. Colour was provided by Bee-eaters and many Rollers - at least six but it may have been more. The Pied Kingfisher is still here. 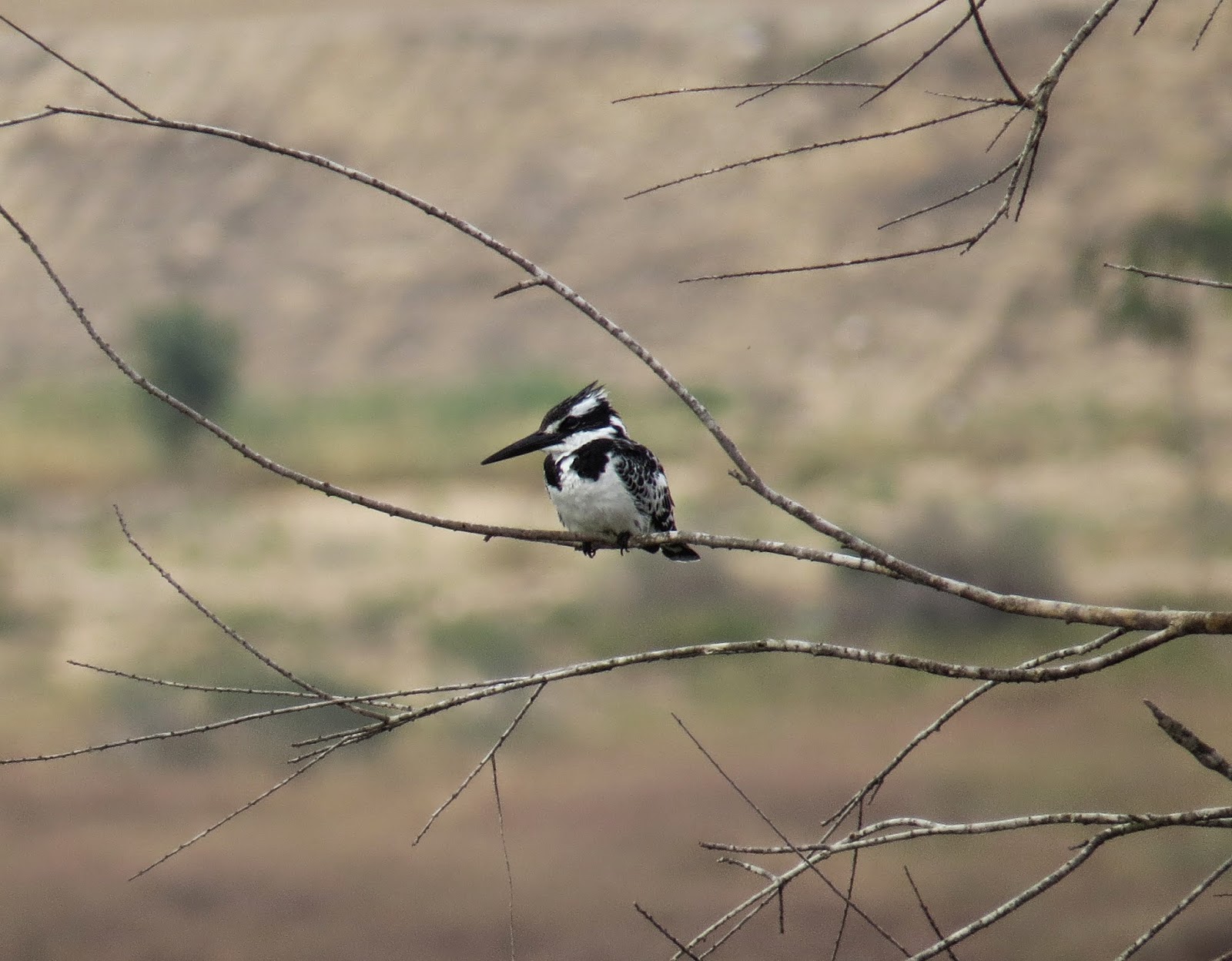 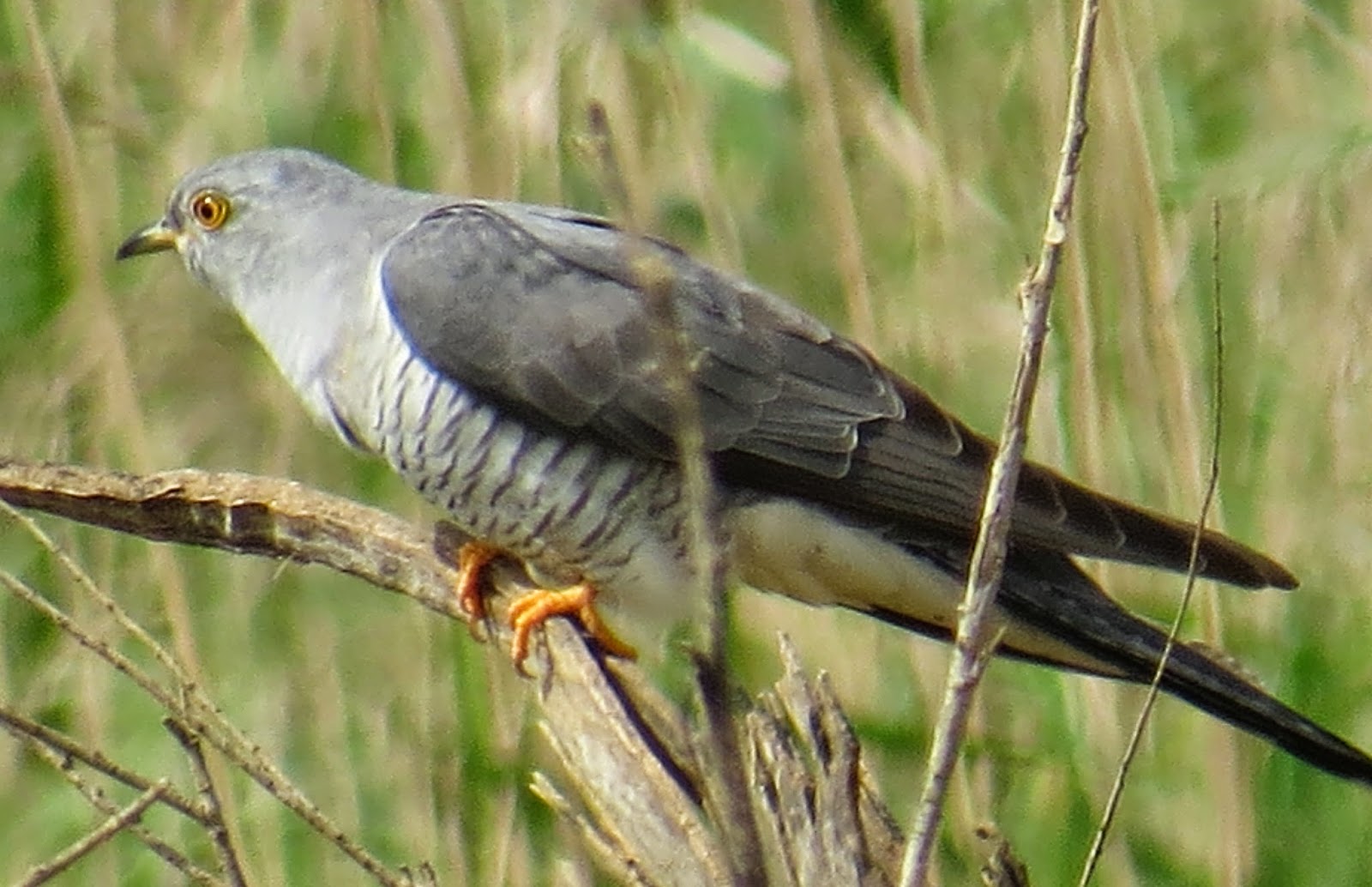 One on the left, one on the right

An inevitable GSC made an appearance. So many of them this year! 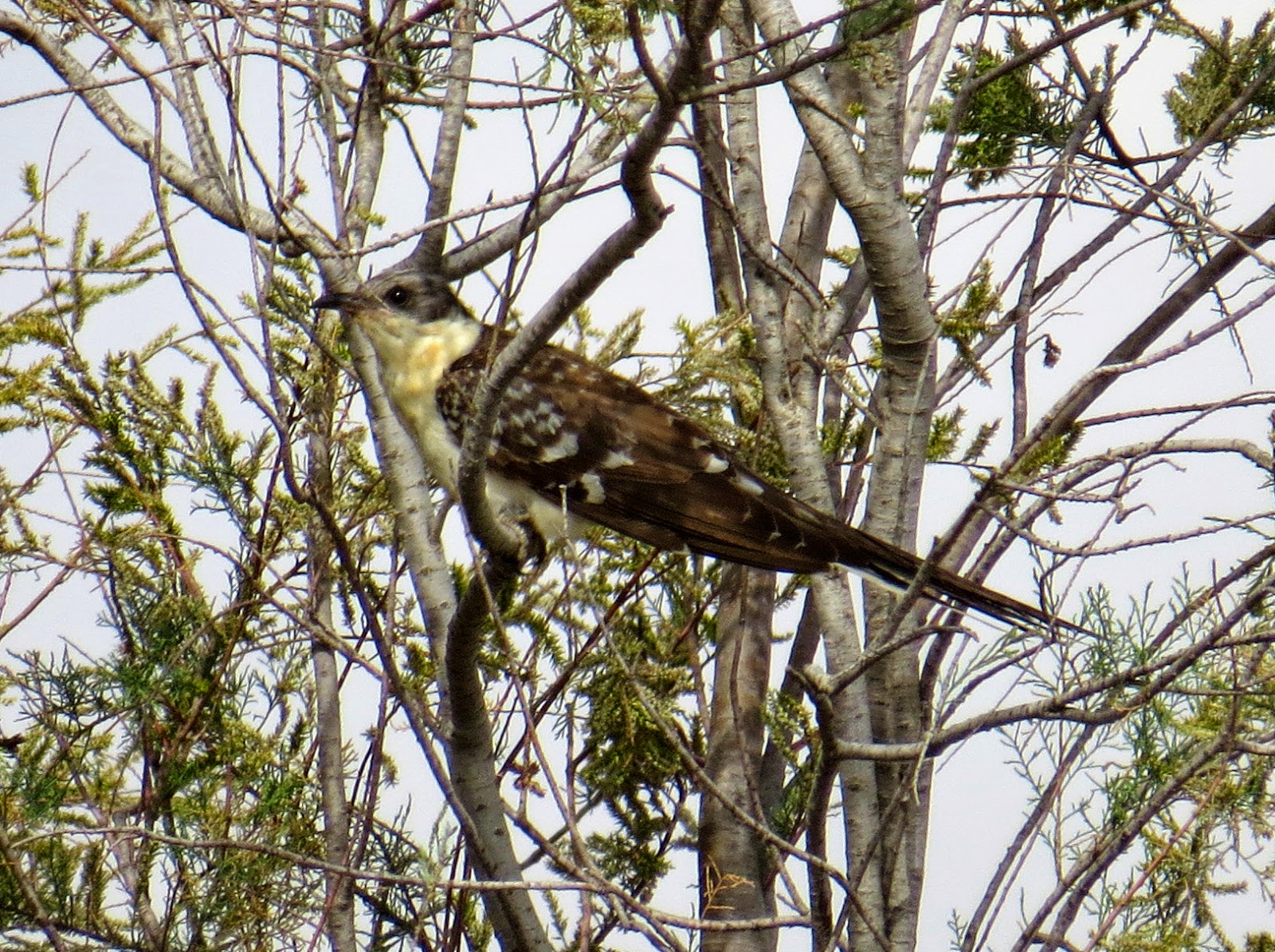 Squacco Herons are very numerous and don't really need mentioning except for this one. Absolutely stunning in pristine summer plumage. 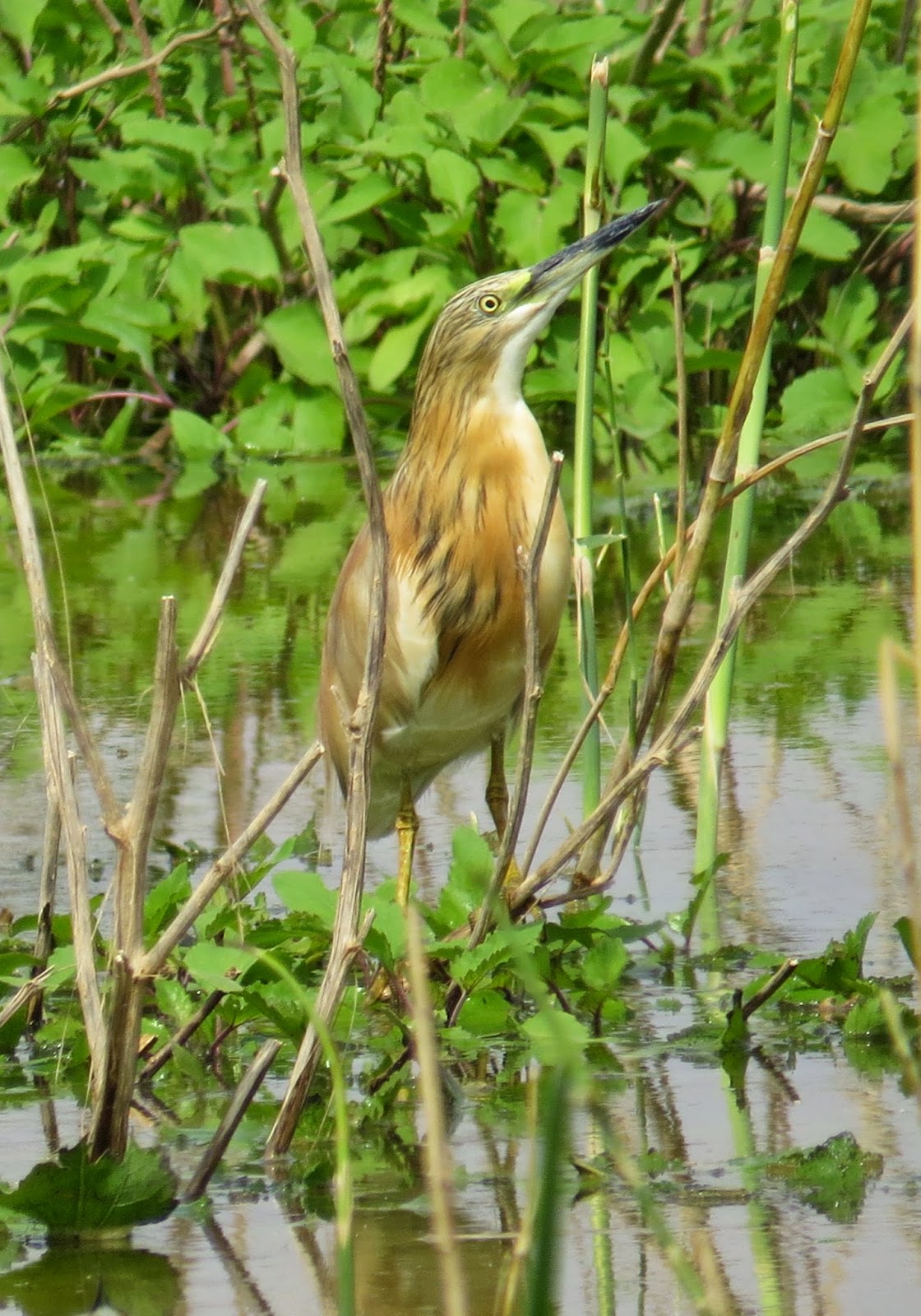 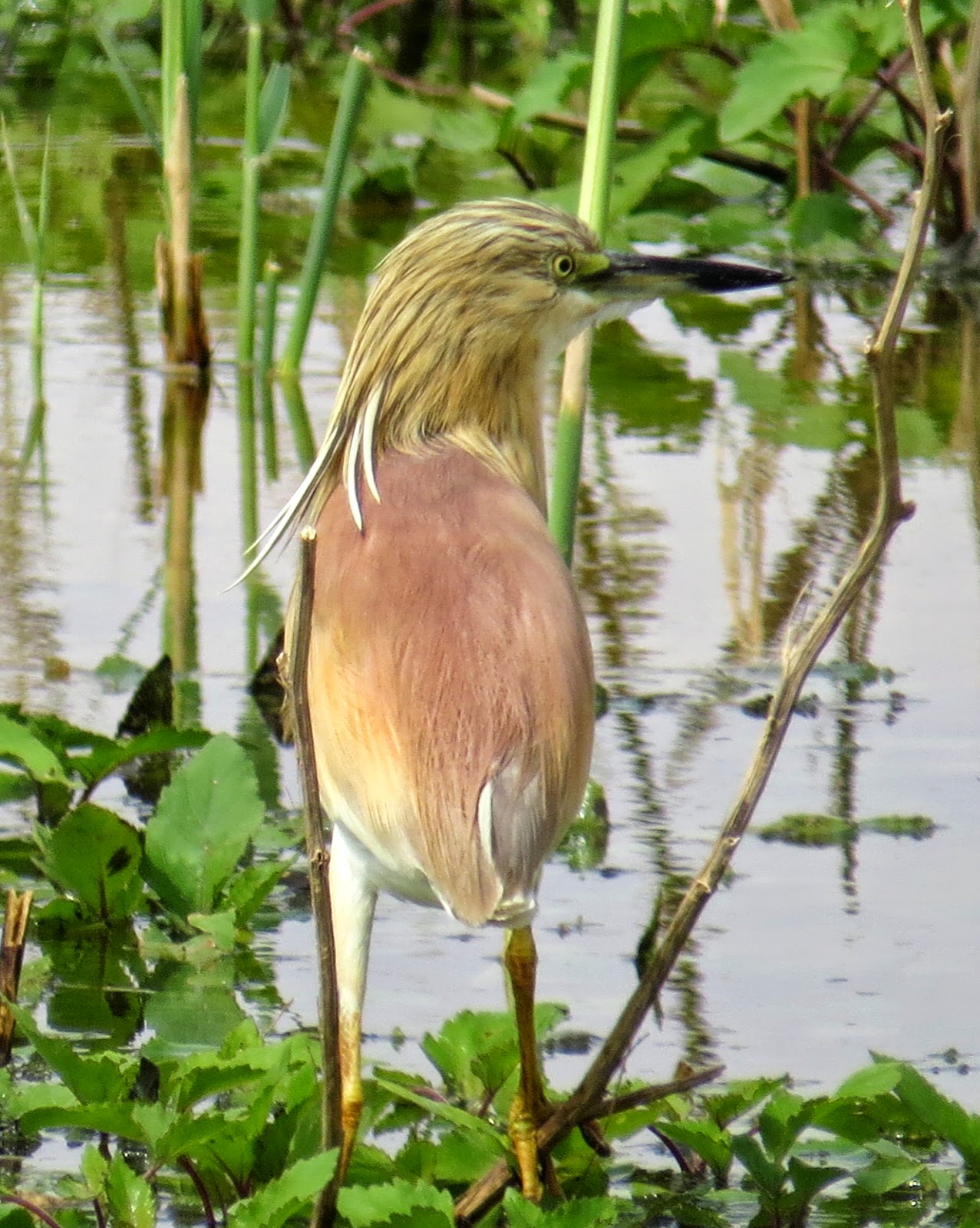 Back on the kibbutz a couple of Jays and parakeets were hassling something in a tree. I peered through the tangle of twigs and leaves and came eye to eye with a Scops Owl. Unfortunately the combination of mobbing and me flushed it. It disappeared into some even denser (and quieter) shrubbery.
at April 17, 2015