Champions of the Flyway 2015

Once again I joined a team for the Champions of the Flyway birdrace. This year it was in aid of BirdLife Cyprus to help them combat the illegal killing of migratory birds. The numbers are truly staggering - about 2.5 million birds from 152 species perish there each year. The birdrace raises awareness and funds to help conservation causes such as this. A very worthy cause and I am proud to be a participant.

For further details click on the link: Champions of the Flyway 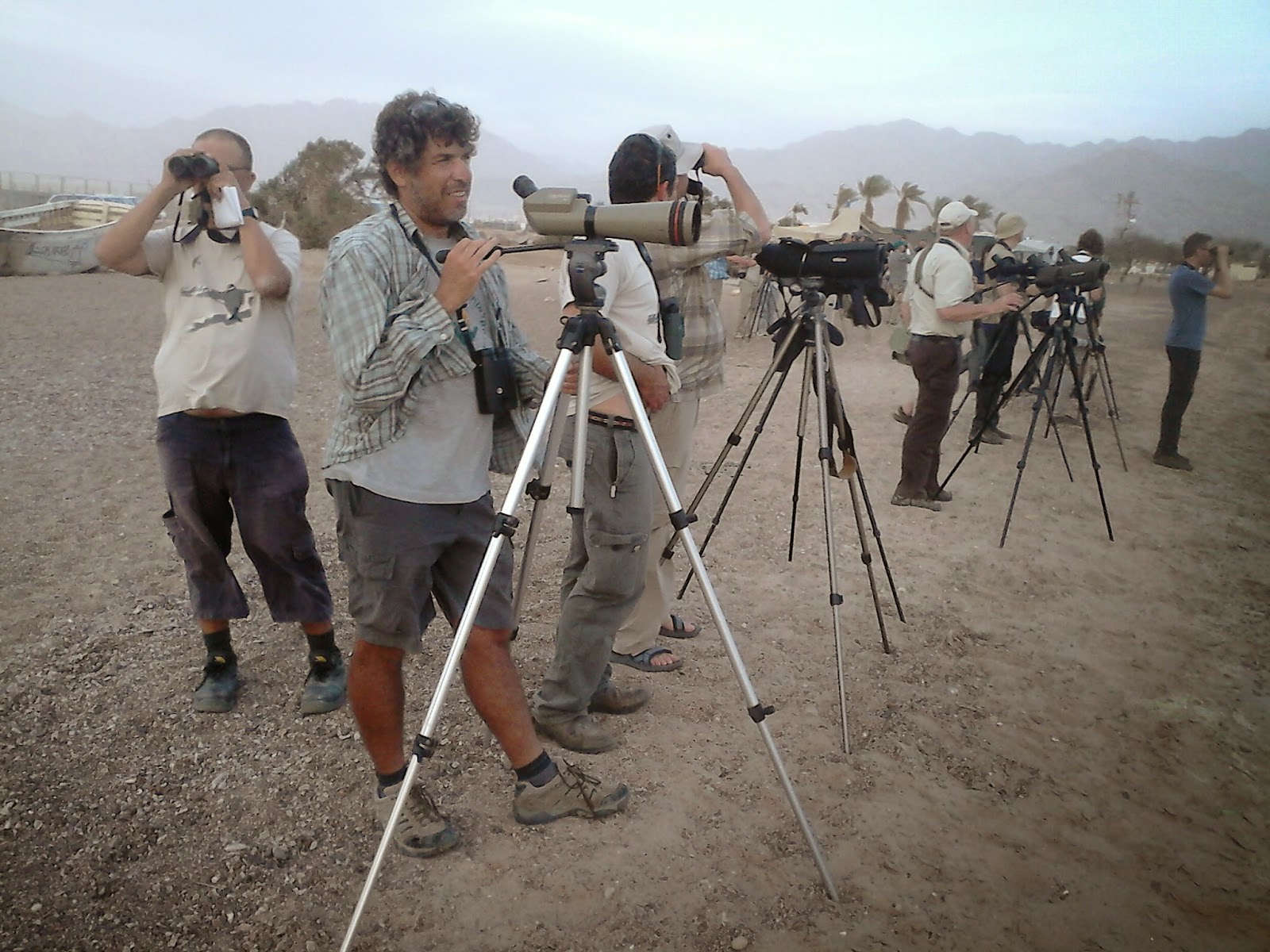 We were one of 32 teams and our team - The Desert Coursers - comprised Harel, Arnon, Itay, Darren and myself. We started at first light at Yeroham, with several other teams. We managed to notch up good species - Little and Spotted Crakes being the best but missed a high flying Stock Dove - Yeroham's first record. We pressed on to Sde Boker picking up Short-toed Larks, Bluethroat and five Cream-coloured Coursers on the way. We detoured for a couple of hours to a gorgeous wadi. It was full of flowers and grasses and a magnet for Sylvia warblers (Rupell's, Orphean, Spectacled, Sardinian, Lesser and Common Whitethroat). Most notable though were Great Spotted Cuckoo, Blue and Common Rockthrushes. The latter were predominantly males and we counted a minimum of six of these stunning birds. 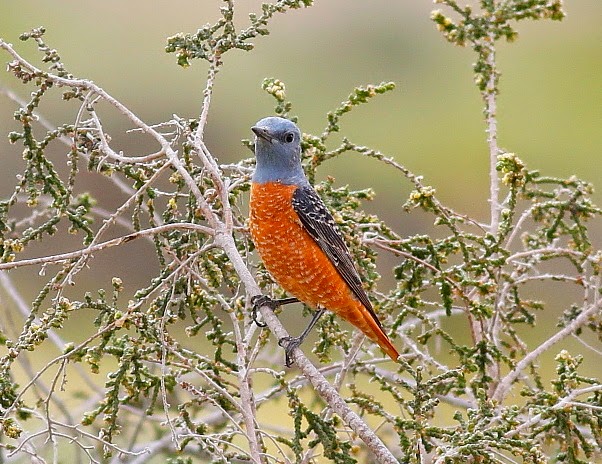 (Photo by Itay Herling)
Eagles (Lesser Spotted, Steppe and Short-toed) improved our raptor count. Birdrace aside, this was some of the most enjoyable birding I've ever done. Sde Boker (kibbutz and Midrasha) yielded Hen Harrier, Lanner Falcon, Bonelli's Eagle, both vultures, Hawfinch, Linnet, Desert Finch, Wryneck and a flock of Syrian Serins. We left just after midday for the long drive south with 104 species so far identified. Not bad.

On the way to the Meishar Plateau we picked up White-crowned Wheatear, Trumpeter Finch, our only Woodchat Shrike and a couple of Cretzschmar's Buntings. The Meishar was pretty quiet, as expected, but we managed to add a fine male Pallid Harrier as well as Bar-tailed Lark to the list.

Time was short so we bypassed Yotvata and pressed on to Km 20 and the waders, Not as many as last year but we managed all the common ones. Km 19 hosted a large number of Yellow Wagtails (various ssp but Black-headed was the commonest), Cattle and Little Egrets, Herons (Grey, Squacco) and a few duck. We decided not to wait for the Lichtenstein's Sandgrouse and headed to North Beach for gulls and terns before finishing the day at the Bird Park with a Greenshank in the fading light. 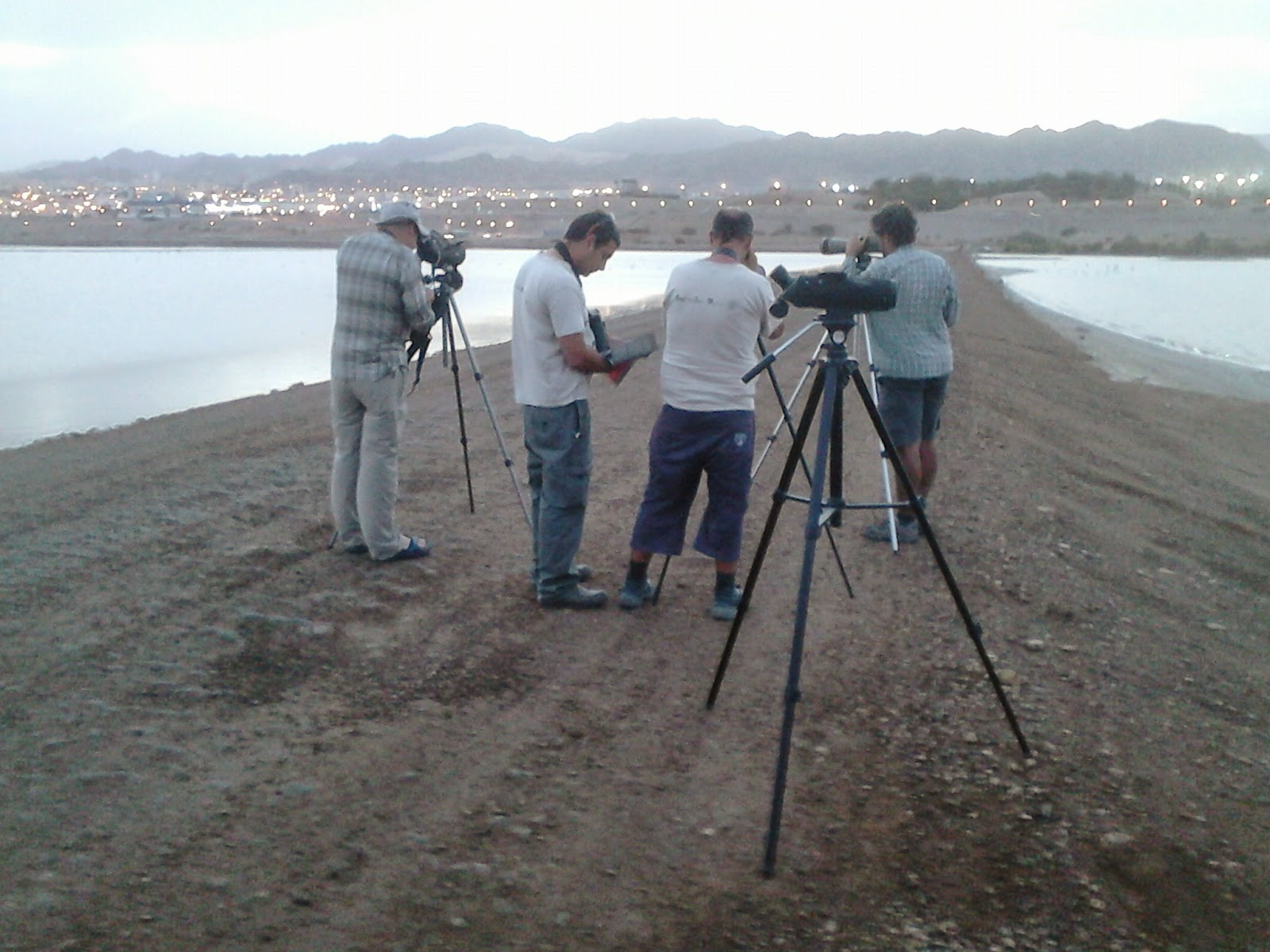 Our total for the day was a middle ranking 146 species - pretty good but a long way short of the awesome 179 recorded by the Jerusalem Bird Observatory team! In the international section the American Dippers took the championship prize with 168 species - an amazing total. The English team 'Birdwatch/Birdguides Roadrunners' did particularly well fundraising - well done (Guardians of the Flyway)! Another English team - 'Next Generation Birders' showed true community spirit by sharing information and helping others get onto the birds (Knights of the Flyway). Nearly $50,000 has been raised so far which is a huge achievement. Thanks to all the participants, organizers (including Meidad Goren!), sponsors and especially the donors.

Next year we will, of course, do better.

After a good night's sleep and a thoroughly enjoyable closing ceremony we headed back north, stopping briefly at Yotvata sewage ponds to catch up with this handsome individual. I don't know how many hours I've spent searching for Black Bush Robin so this really was the cherry-on-top for me. 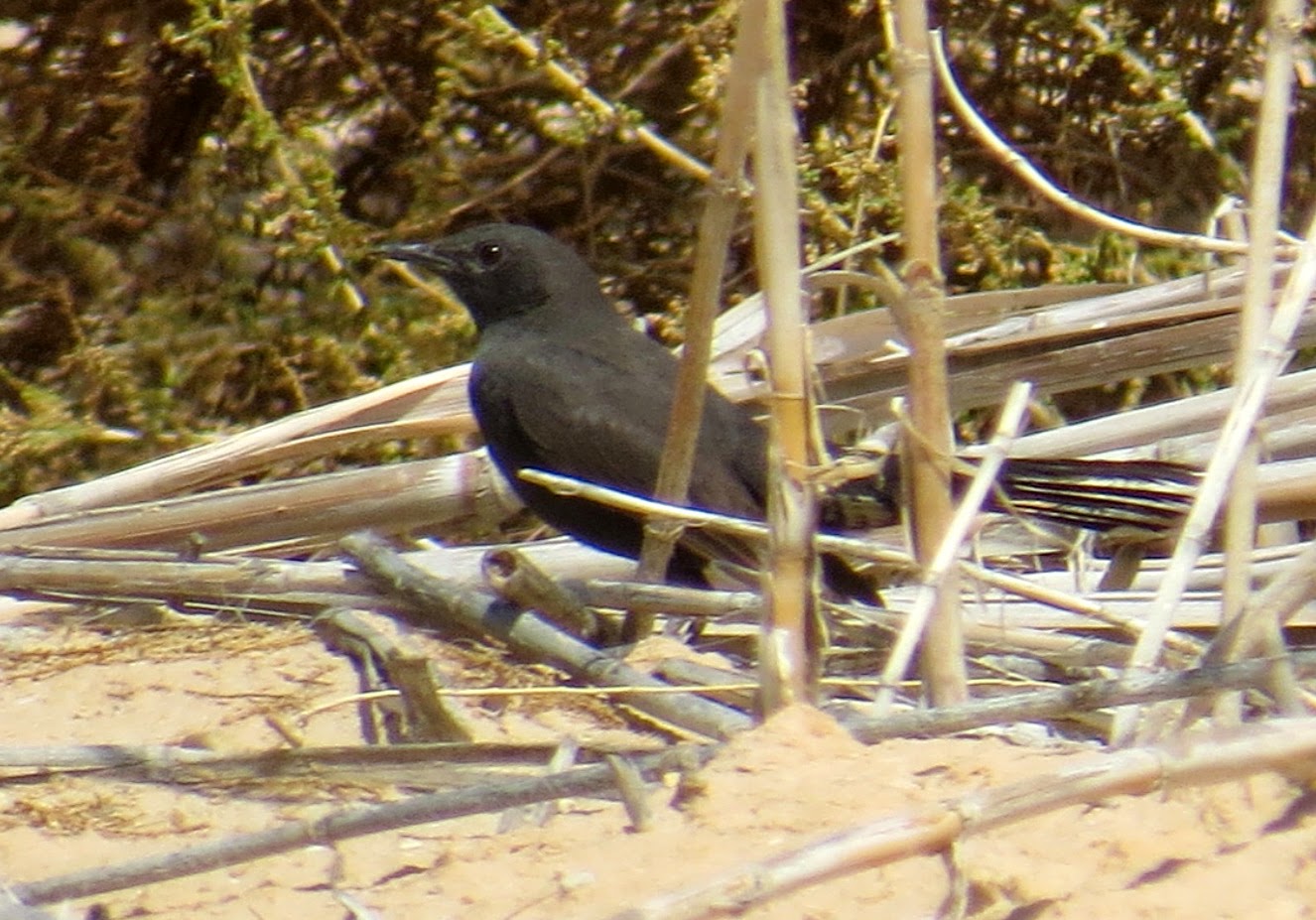 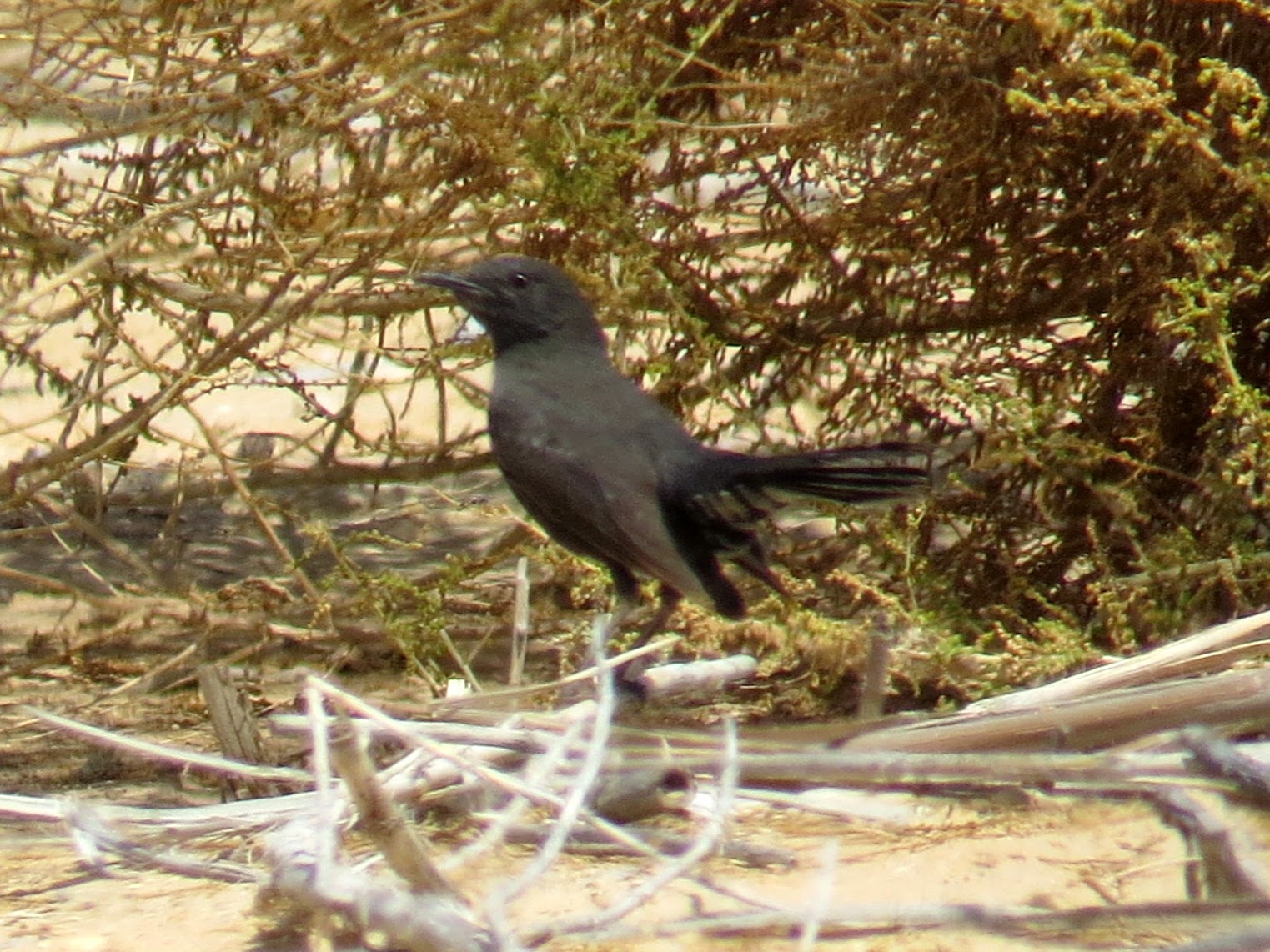 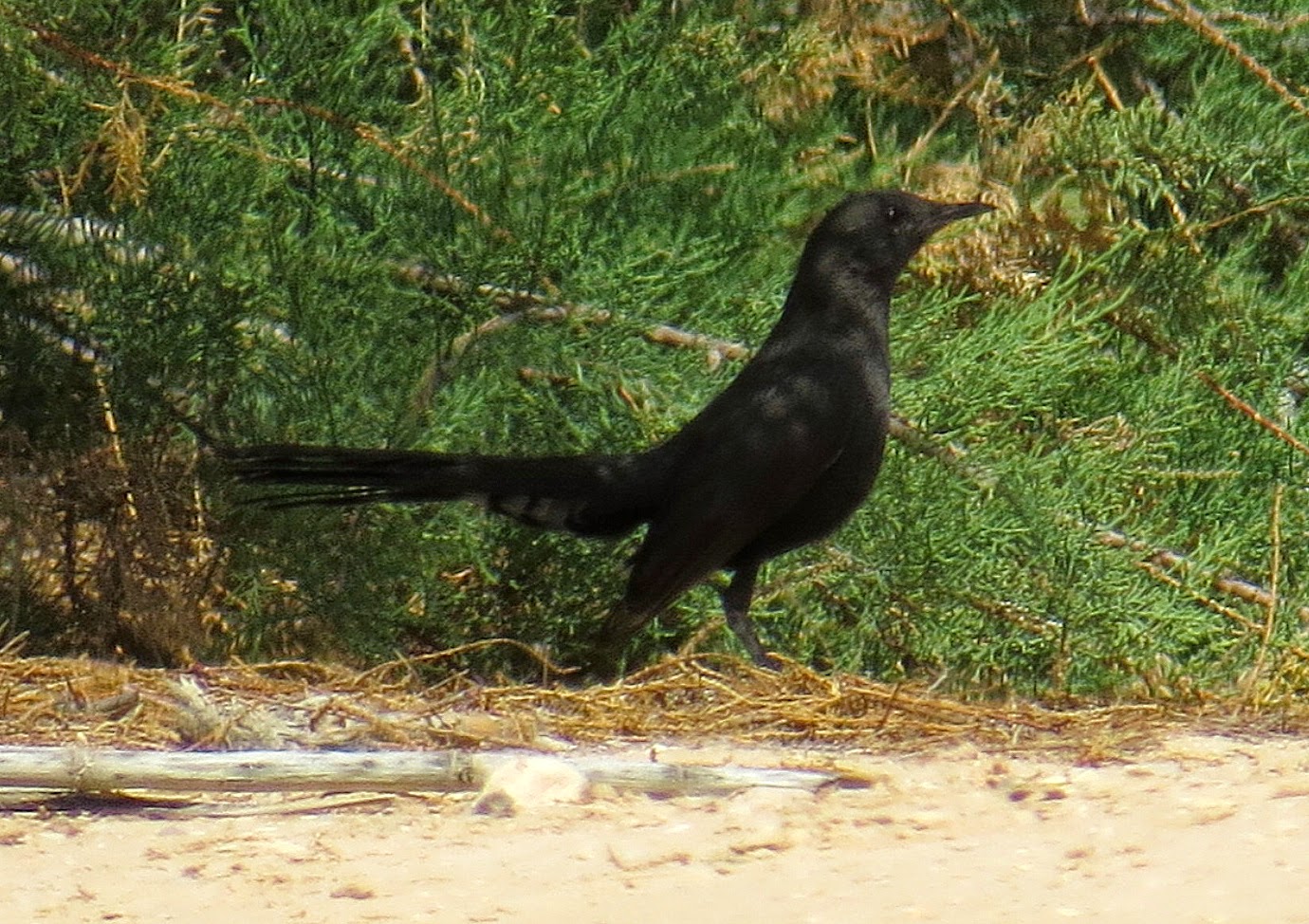 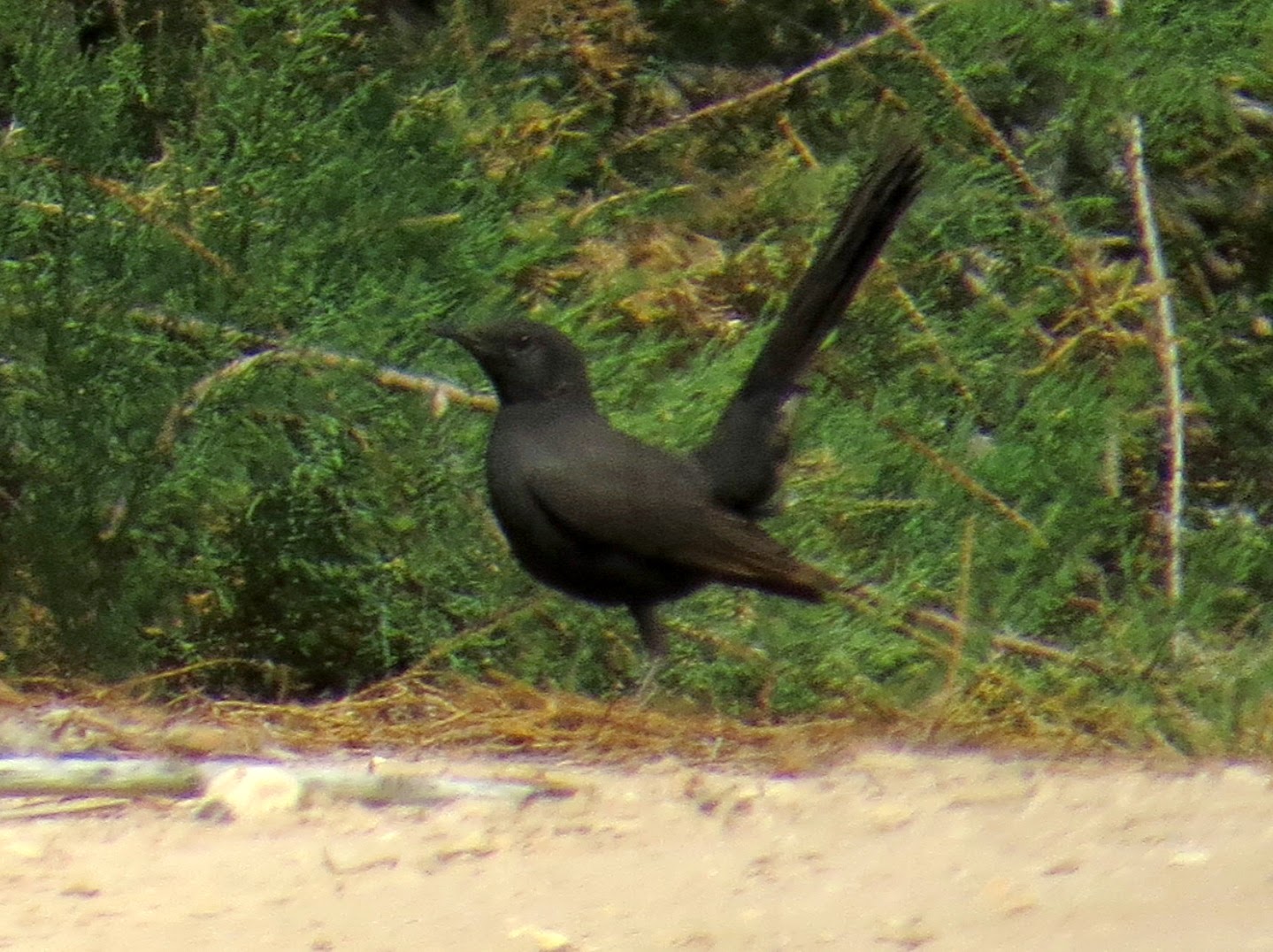 Easy to miss in the deep shade. 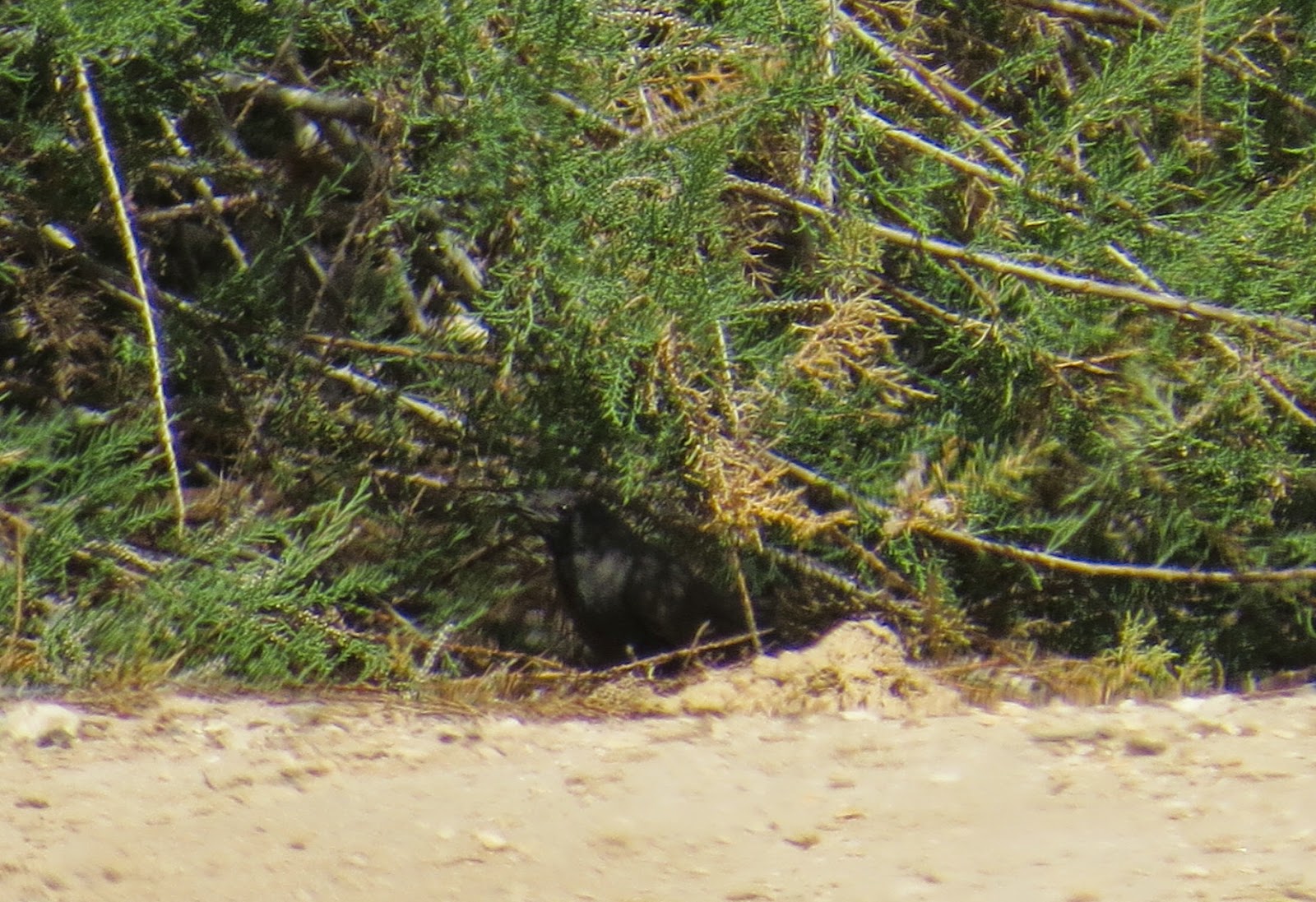