A sunny, chilly start to the day in Urim and loads of raptors around. No Sakers (as far as I could see) today on the many, many pylons I scanned but I was intrigued by this falcon - a cracking juv Lanner. Probably 1cy. 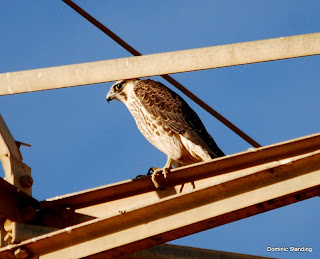 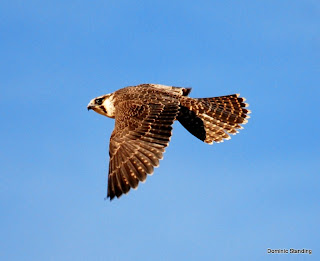 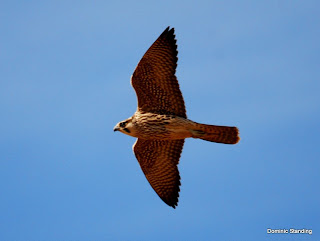 Lots of Long Legged Buzzards around and at least four Eastern Imperial Eagles - three juvs and an adult. This stunning juv has its landing gear out, just about to land in a tree. 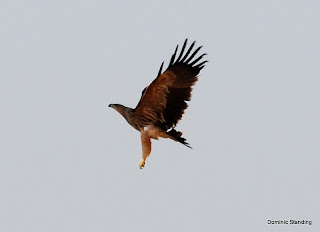 Peregrines, Kestrels, Merlin, Hen Harriers etc around but surprisingly I didn't see a single Pallid Harrier today - usually at least one harrier's it's way past during the day. Lots of Cranes in the fields too.