Saturday morning found me on Mt Amasa looking for better views of Long Billed Pipit. A sit-and-wait strategy paid off - after a minutes I picked up their calls and a few seconds later was rewarded with cracking views as they brought a variety of insect life for their nestlings. 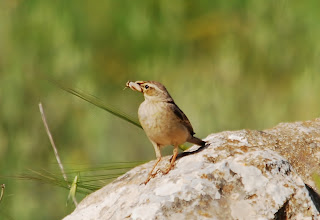 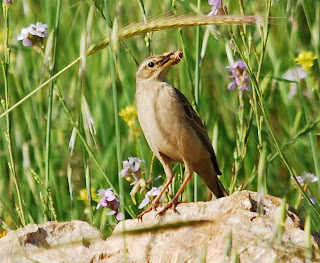 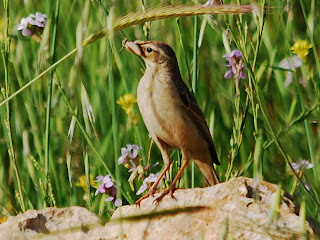 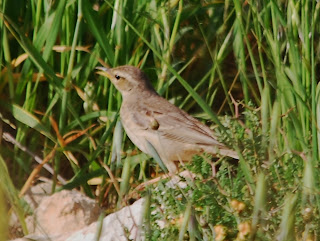 Finally, a view of the bill sans bugs. 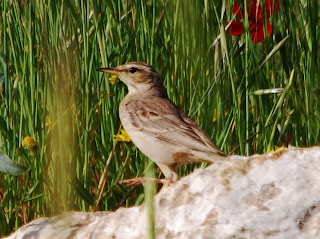 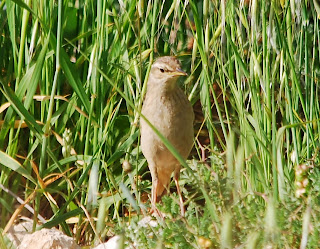 A Blue Rockthrush made its customarily distant appearance. 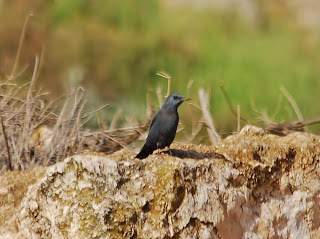 I left soon after this and drove up to Yatir Forest. It was getting towards the hot part of the day and things were quietening down. However, I immediately found a very active pair of Eastern Bonelli's Warblers, 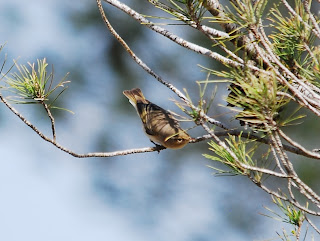 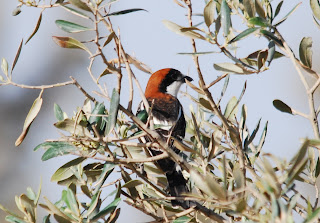 Long Legged Buzzard and a passage of Lesser Spotted Eagles and Steppe Buzzards going over.

A Spur-thighed Tortoise (Testudo graeca) was great to see. 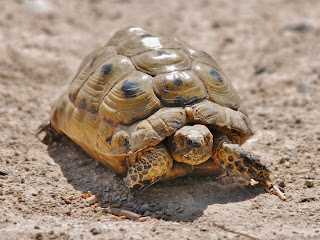 This next bird probably deserves a blog entry of it's own. Last week at Sde Boker I saw this flitting around in a tree . . . 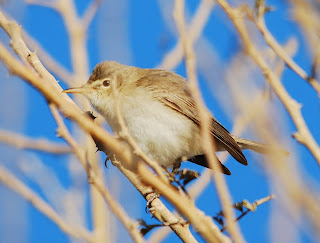 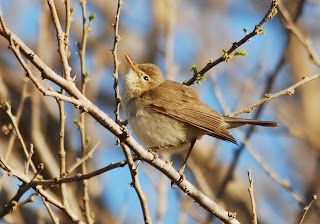 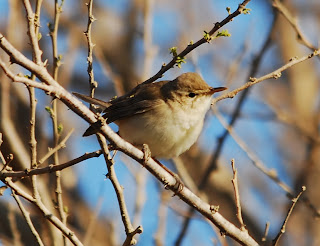 I thought this could be an Eastern Olivaceous Warbler although I have to admit my first thoughts were along much rarer lines - Sykes' Warbler (Iduna rama). I had a search through all my books but couldn't pin it down. Separating Sykes' and the elaeica race of Eastern Olivaceous Warbler can be problematic so I decided that it was time for expert opinion. A flurry of emails later and the consensus opinion emerged that this was a Caspian Reed Warbler! To be honest, I didn't even consider this option at the time, maybe if it had been in lush vegetation nearby I may have. I guess the lesson is to always keep an open mind and remember that this is migration in Israel - anything may turn up anywhere. With thanks to B. Granit, Y. Perlman, J. Smith and R. Standing for their extremely helpful comments.

Less problematic birds of the day were this very smart Northern Wheatear, 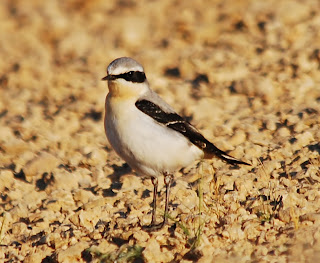 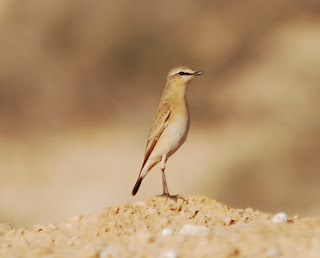 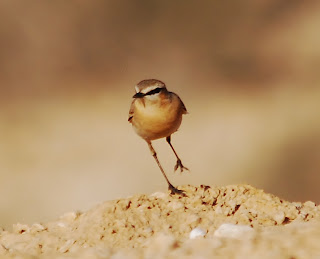 and a very bedraggled Masked Shrike. 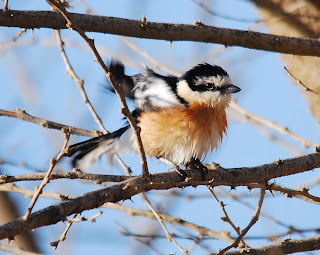