Things have been a bit quiet lately rarity-wise at Sde Boker but lots of the commoner migrants moving through. It is, however, Ficedula season so I was more than happy to find this lovely female Collared Flycatcher while I was having a coffee break this morning. 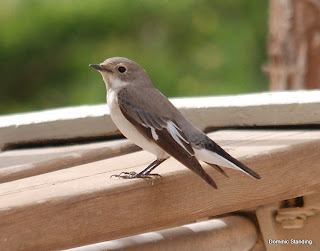 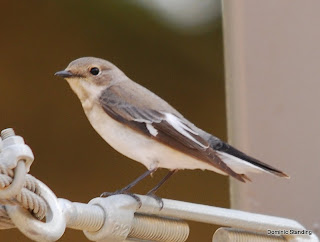 Separating female Collared and Semi-collared Flycatchers can be impossible in the field - luckily this is a typic female making id much easier. Primary spot reaching to edge of wing, pale grey rump and hindneck, blackish tail with white outers, no white second wing bar etc etc.


Amazing how the light completely changes the bird's appearance - pale grey in direct light, greyish-brown in the shade. 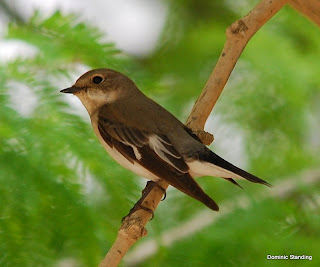 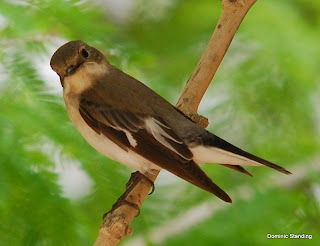 This wryneck was too exhausted to move. Eventually it recovered enough to fly off into the trees to feed. 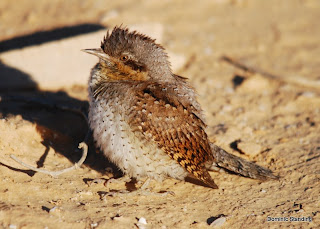 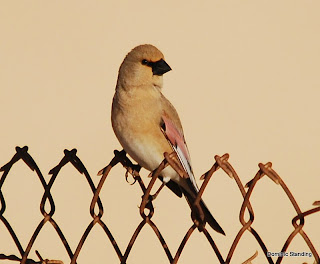 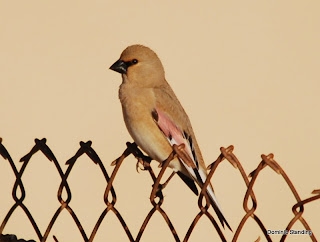 A new crop of Linnets is coming through. 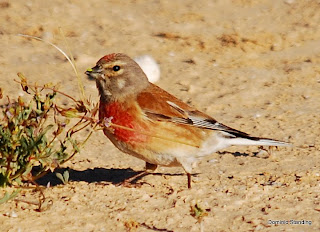 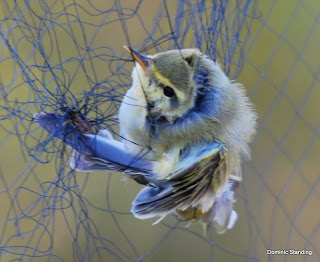 Eastern Olivaceous Warbler against the light. 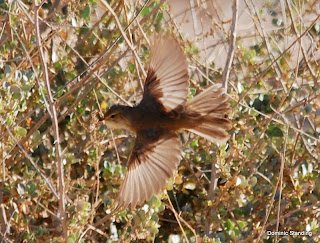 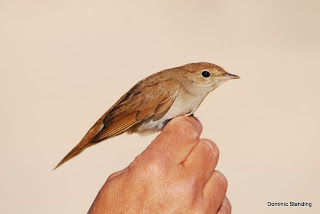 On the way home I stopped off at Besor Resrvoir - the reeds in the stream/river are really high now, obscuring the channel and making crake watching impossible. The reeds hold the usual warblers and Squacco Herons have appeared. Spotted Redshank was good to see in one of the pools. 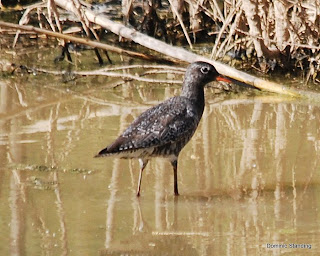 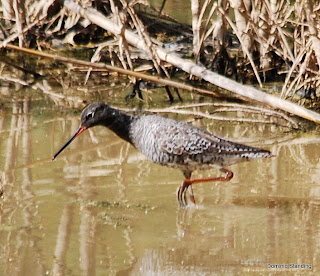