No sign of the Sociable Plovers this morning but there's a lot of good territory for them here. Quite a few Hen Harriers around but few other raptors except for the usuals - this Buzzard has been around for a while. 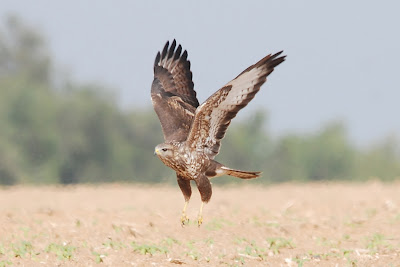 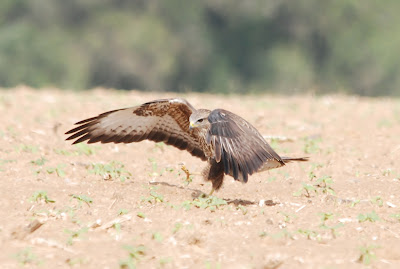 Black redstarts have been for a few weeks - these are gorgeous birds and this one was no exception. 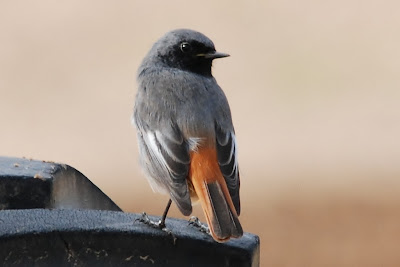 We left Nir Oz for a weekend in Arad. Every visit to this area has to include Mt Amasa. I got up extra early and arrived at the mountain (hill) in rain and wind. It felt quite like Scotland as I set off up the 'glen' with hands red with cold and binoculars soaked. Plenty of Finsch's Wheatears about but no interesting pipits despite a rather wet 2 hr search. I got off the hill just in time for the sun to come out along with an uber cute Scrub Warbler. 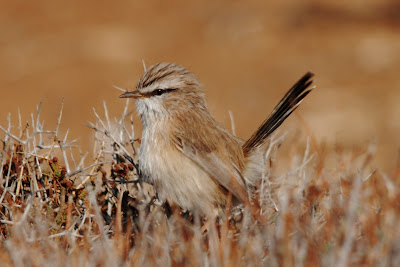 The break in the rain allowed for some distant shots of Finsch's Wheatear. 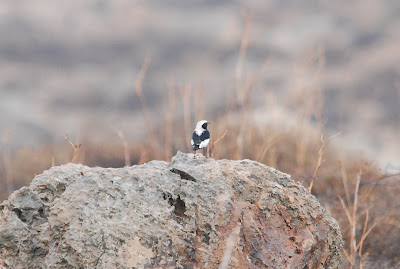 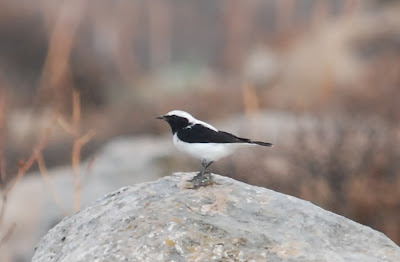 Several Black-necked Raven pairs were in sight on the way back to Arad. After breakfast I visited my favourite wadi and was rewarded with six(!) Griffon Vultures. At least two were wing-tagged. Ohad Hatzofe (Avian Ecologist, Division of Science and Conservation, Israel Nature & Parks Authority) says that one of the birds (E79) was born in 2006 and has been recently seen in Sde Boker (Nov 1st). This is part of the NPA monitoring of the Israeli Griffon Vulture's population study. 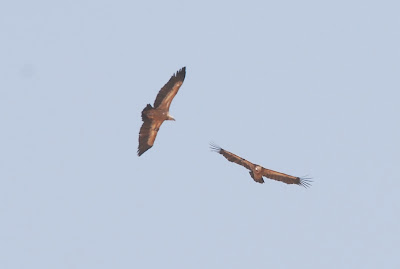 A very post-processed image to show the tag. 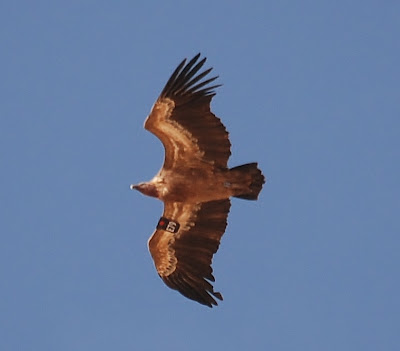