Eastern Imperial Eagles are not an unusual sight here in the winter but this bird is amazing. Every year it arrives at the end of the first week of November (7th this year) and perches on the same tree. This is the fifth or sixth year I've seen it and its second year of adult plumage. I keep an eye open for it from the end of October and I'm delighted when I finally see that distinctive silhouette against the morning sun. Relieved, too, that it made it through another year. What a beautiful and majestic bird! 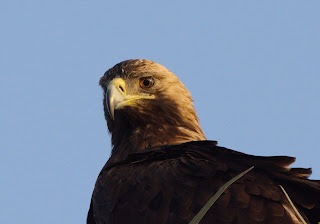 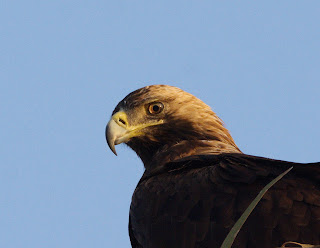 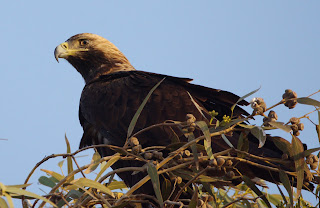 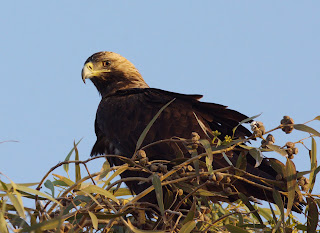 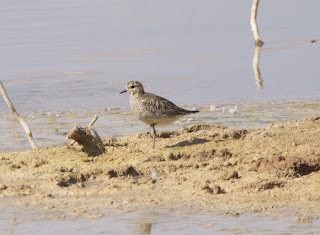 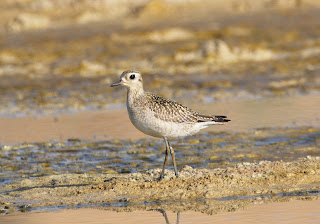 Here I was looking at two birds. The first time I saw PGP it was on a Scottish estuary in a flock of 2000+ GPs. All were resting in a tightly packed flock and we had to wait for hours before the rising tide finally forced them to wake up, stretch their wings and fly. White axillaries on GP and 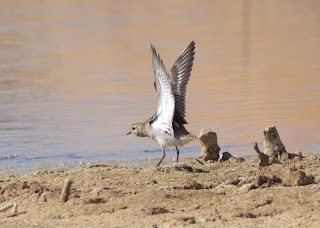 dark axillaries on the PGP. 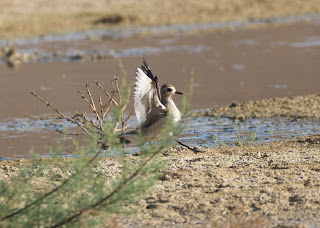 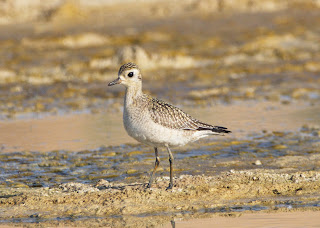 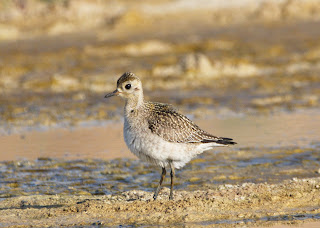 Eran Banker reported a Daurian Shrike at the beginning of the week further down the Besor stream. Itay and I had a quick look for it but no sign. Oh well, still a good morning's birding.
at November 08, 2019