Besor Reservoir has returned to its former glory. Recent birding there has brought a suite of the usual migrants and some of my favourite birds but the best by far was a Great Snipe this morning. I was walking across the low dam on the Besor Stream when a snipe flew up in front of me. A guttural croak call, brilliant white outer tail feathers, slow (for a snipe) flight and quickly returning to ground. 5 m view of a Great Snipe! Tried to get a photo of it on the ground but it flew up again and I managed a couple of record flight shots. What a bird! What a (long awaited) lifer! 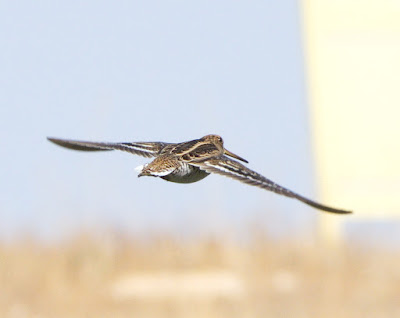 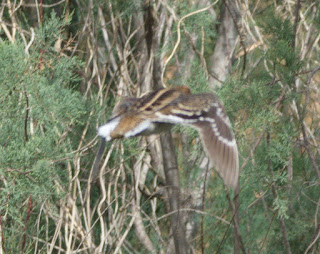 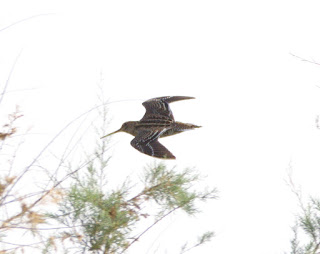 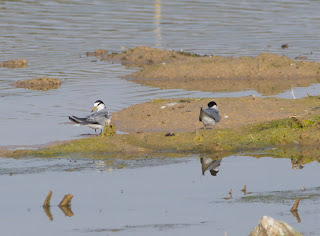 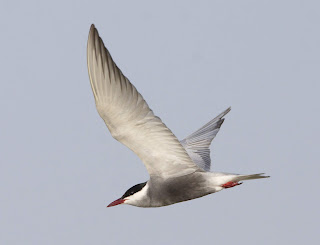 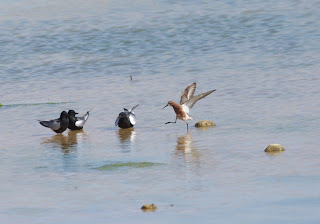 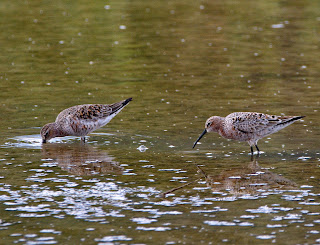 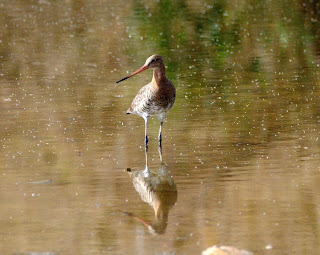 and a flock of Little Stints and a single Temmink's Stint. Glossy Ibis 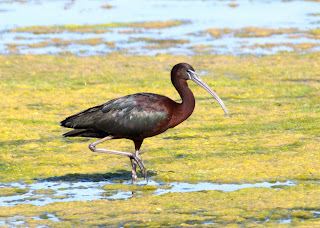 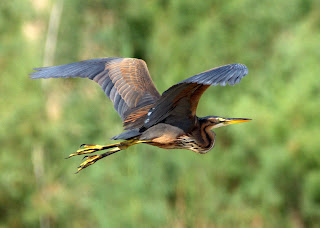 Other birds in the past few weeks have been a flock of 12 Collared Pratincoles, c. 100+ White-winged Terns, a fall of Great Reed Warblers (c. 8 in one morning, the following day they were all gone), Little and Spotted Crakes, up to five Little Bitterns 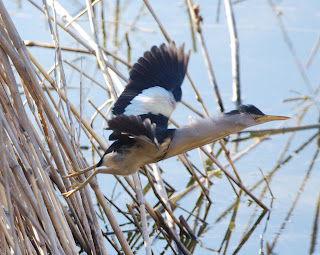 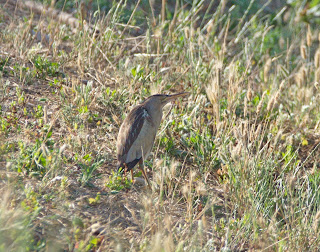 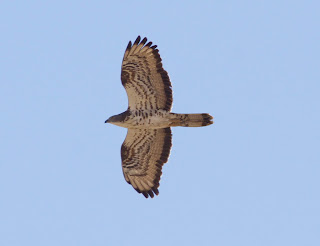 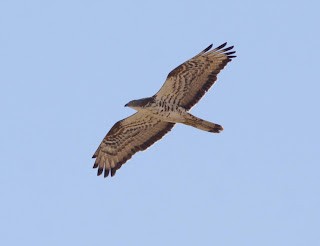 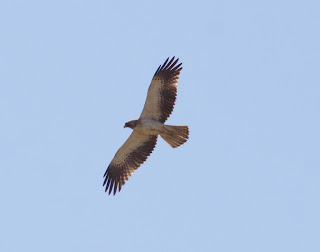 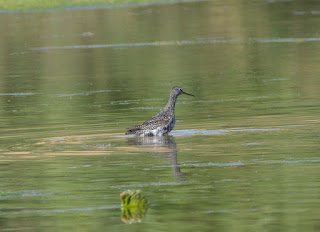 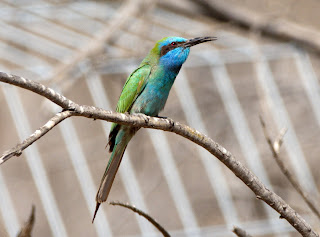 Rollers, Hoopoes, swifts (Common, Pallid and Alpine) and the usual Hirundines, Ruff, Wood and Green Sandpipers, Little Ringed Plover, Scrub Bush Robins singing on their territories, a few Collared Flycatchers, Sedge, Reed and Clamorous Reed Warblers, Kingfishers etc. Wonderful birding! The new landscaping of the area has provided some great habitat for waders especially but the removal of reeds and bank side shrubs has resulted in a lack of cover and back to record shot territory. No matter, it's more about the birds than the photos.
at May 17, 2019