There have been an extraordinary number of Ficedula flycatchers around Nir Oz recently. Most years I see one or two black-and-whites but this year is exceptional. Collared Flycatchers are by far the commonest - their high pitched calls are everywhere. In the patch of woodland a bit south of the kibbutz they are the commonest bird. Searching through them I found my personal favourite Ficedula - Red-breasted Flycatcher. This individual was really hard to track down, always in the deep shade and never coming out into the open for more than a few seconds. A personal first for Nir Oz and great to see. Semi-collareds have been absent until this morning when I found a male getting harassed by both Collared Flycatchers and Masked Shrikes. A little bit to the north of the kibbutz I found a couple of Pied Flycatchers. Spotted Flycatchers have also arrived completing the 'common' five. This is the first time I have seen all five in two days. Fantastic! 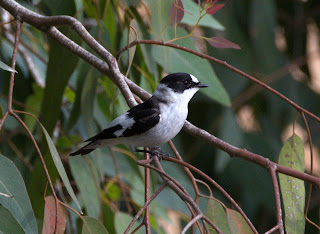 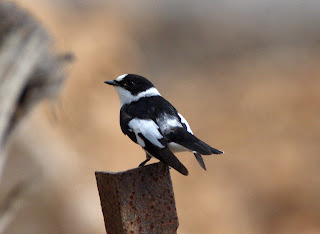 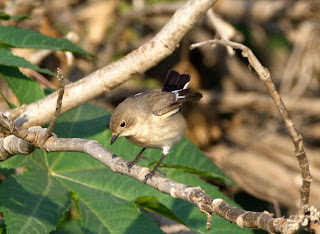 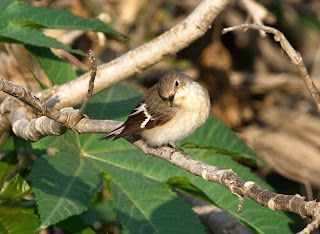 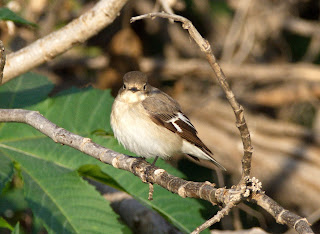 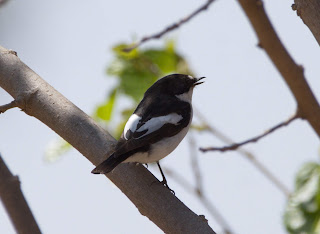 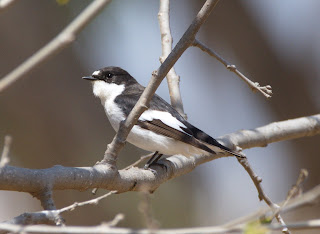 and the Star! Red-breasted, female 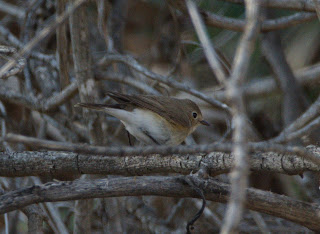 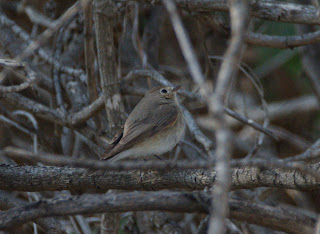 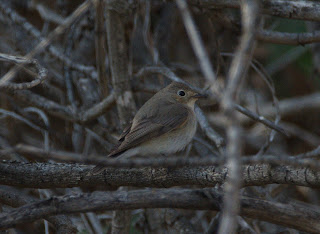 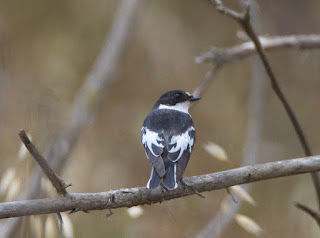 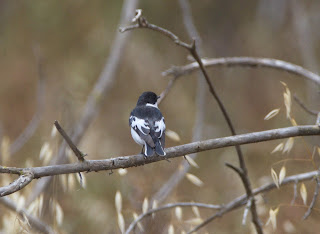 Other migrants include Wryneck, Redstart, Nightingale, the first Woodchat Shrike, the usual warblers.
at April 20, 2019