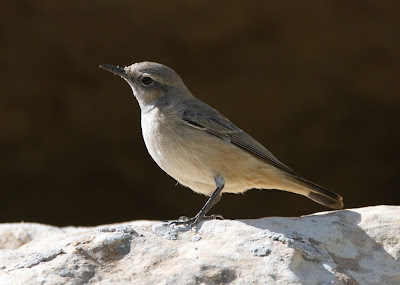 As is usual for mega wheatears here I'm probably the last one to twitch it. I wasn't too bothered if I dipped as the bird was located on Mt Amasa. I only visit this site once or twice a year but it is always a delight. I arrived early and was joined by two bird photographers. We quickly found the bird but the views were not enough for one of the photographers who tried to get as close as possible (fair enough) using zero field skills (not fair enough). Initially the bird allowed a fairly close approach but he managed to scare it. His repeated attempts resulted in the bird flying off down the valley. Very frustrating to watch. I left them to it and spent a very pleasant hour or two on the hillside enjoying other birds - a Long Billed Pipit displaying, Woodchat Shrikes, Orphean and Spectacled Warblers, Blue Rock-thrushes and Cuckoos being the highlights. Moving round the hill I was gratified to see the photographers finally drive off. Patience rewarded with some cracking views! 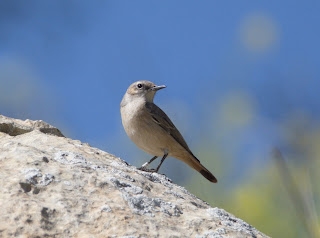 Here's an awful pic (below) but it shows the red rump and pale underwings . . . . 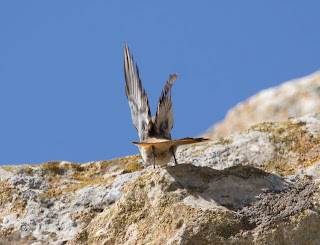 It then hopped down into recess in the rocks where it spent time feeding. 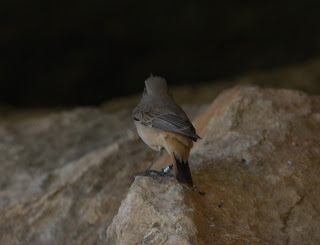 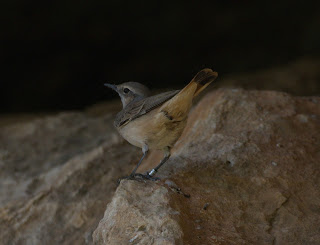 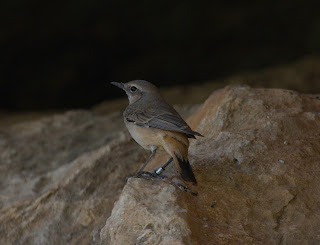 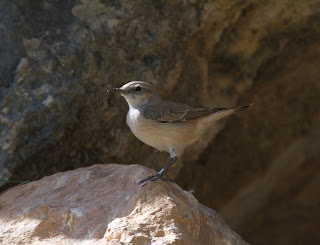 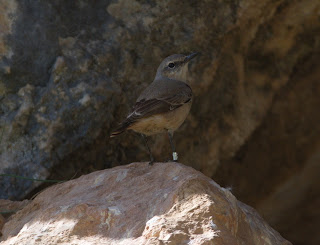 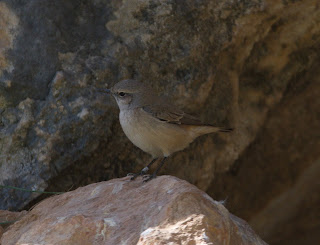 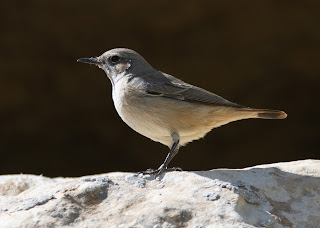 Other highlights of the day - this very photogenic Spectacled Warbler 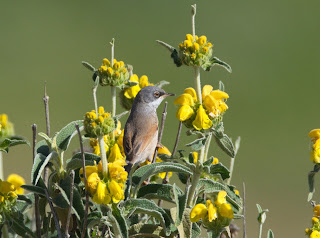 and one of the Blue Rock-thrushes doing a display dance(???) 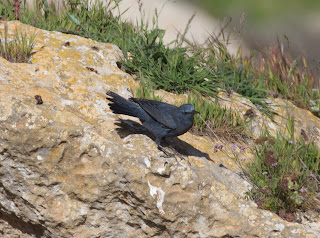 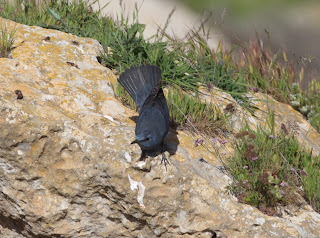 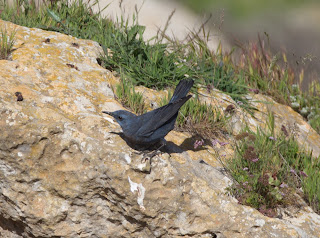 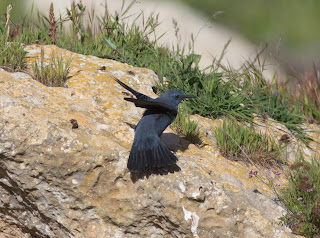 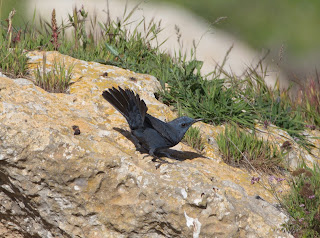 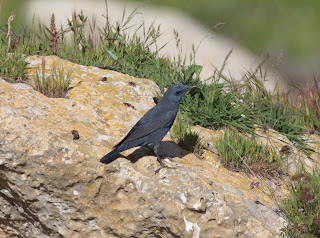 On the way back to Nir Oz I detoured by the Besor Reservoir. Lots of water, lots of shallow pools but very few birds. Gratifying though to see a Purple Swamphen (terrible record shot, distance and heat haze is my excuse) back on this site 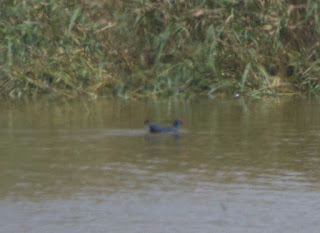 as well as a Marsh Sandpiper (also with heat haze). 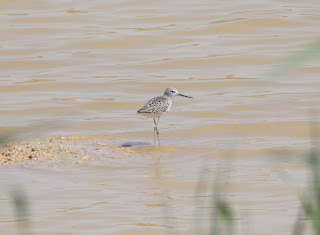