Really bad luck today - I took the day off work as I had to do some family stuff. I was in Kfar Ruppin when an RBA came through - two Olive-backed Pipits found about 100 m (as the pipit flies) from my desk at Midreshet Ben-Gurion! Ouch. And ouch again.

Anyway, the Kfar Ruppin alfalfa fields held thousands of larks and pipits - an incredible sight. I arrived too late in the morning though and the heat haze made observation rather difficult and identification even more so. Eventually I heard a single Oriental Skylark call but it disappeared into the crop. Avi, who was also there, heard one too. That was more or less it. Some raptors - Long-legged Buzzards, Black Kites, Kestrels, Sparrowhawks and great views of Booted Eagles (both phases), 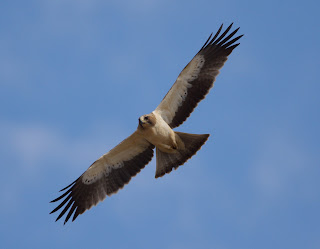 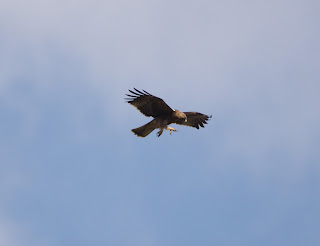 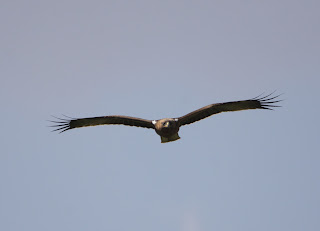 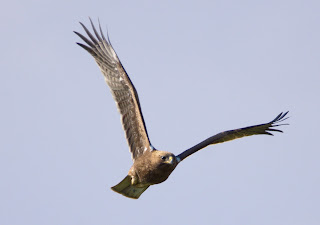 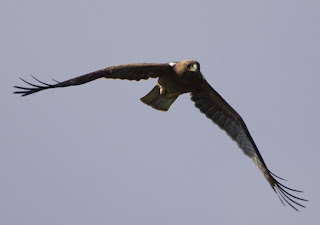 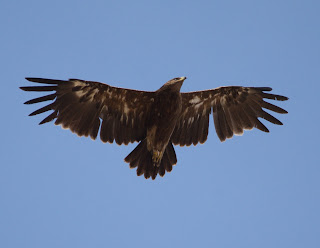 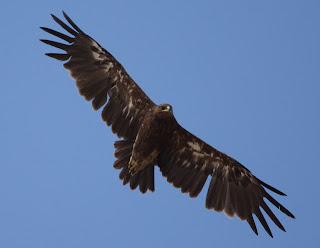 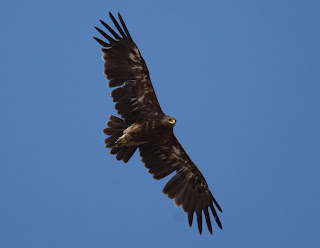 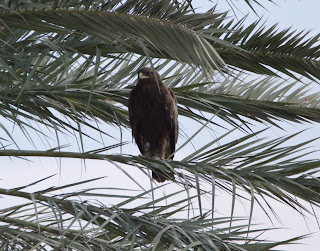 A taste of the south for me - Namaqua Doves 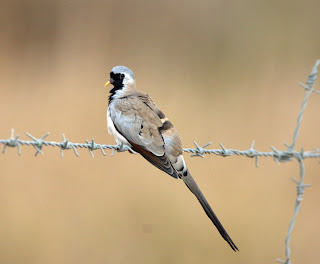 and Indian Silverbills - apparently common but it's the first time I've seen them there (admittedly, this is only the third time I've been to these fields).
at November 09, 2017