I visited the crake pool yesterday after afternoon for a quick check. No crakes but a gorgeous Grey Wagtail instead. 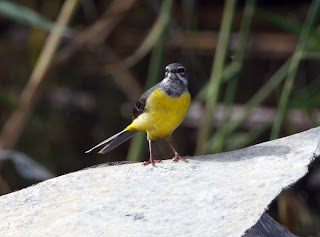 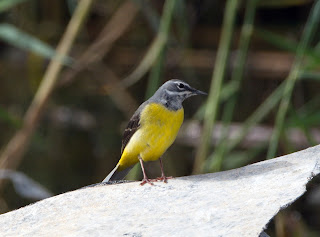 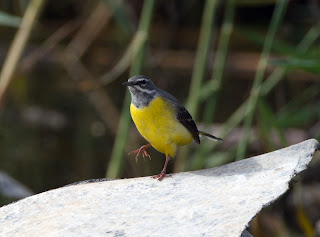 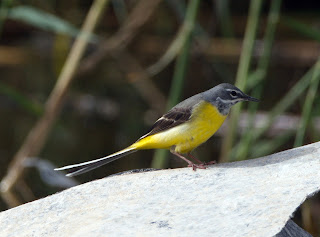 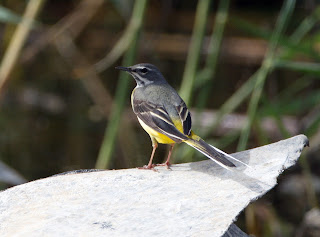 Itay Herling visited the spot this morning and reported loads of crakes, Collared Flycatcher, Ruppell's Warbler among other birds. I couldn't resist going back and was glad I did. At least three Spotted, three Little and one Baillon's Crake. First off though was the Collared Flycatcher. 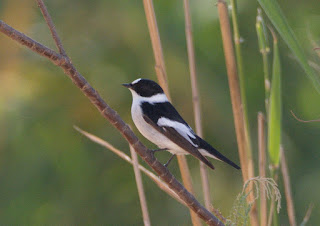 An Egyptian Vulture made an appearance (hardly ever see them in this area) and made several passes over the water. 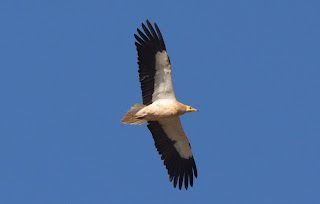 But now for the crakes. As usual I saw Little Crake first, followed by Spotted and finally Baillon's. Following are a selection of the birds. The late afternoon light was beautiful but challenging for photography - many of the photos were taken at 1/250 s. 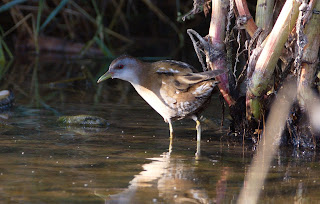 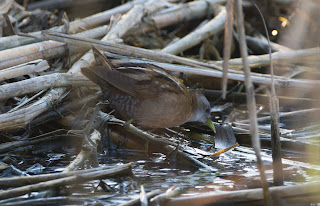 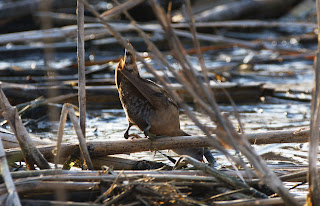 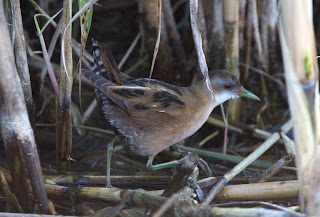 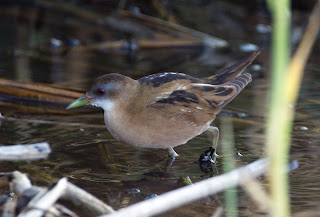 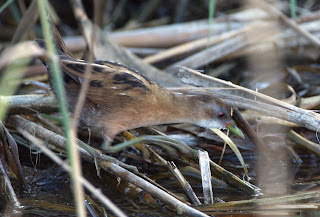 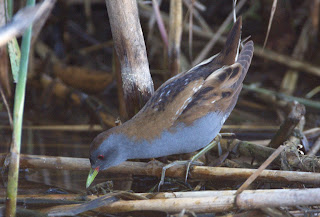 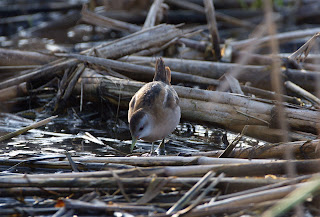 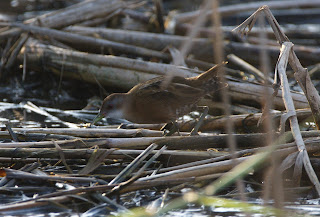 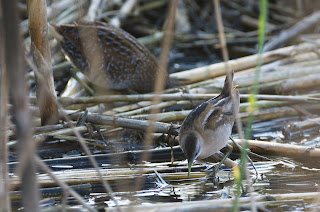 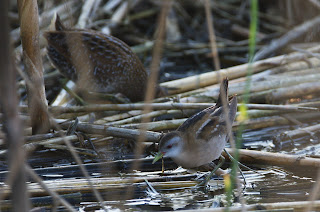 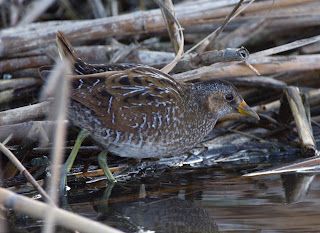 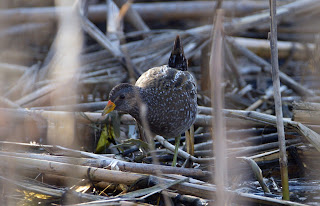 This Baillon's kept a very low profile despite feeding less than 3 m from me. 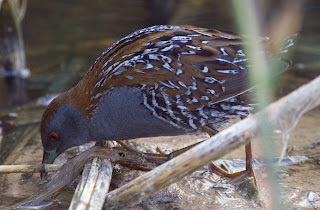 Nice view of the undertail covets. 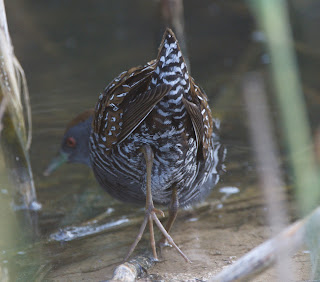 Standing there watching seven or more crakes pop in and out of cover and feed almost literally at my feet. Wow!