Three Moustached Warblers, Spotted Crake, Water Rails, Snipe, Bluethroats by the Jackdaw Colony this morning. As I drove off I saw a large eagle trying to find a thermal. Luckily the one it found was right above the track. Greater Spotted Eagle! 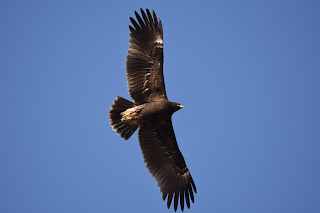 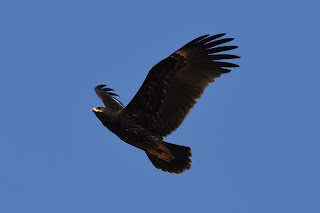 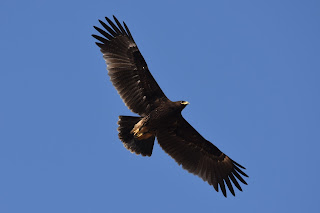 As it is eagle season now I took a quick drive the Urim pylons. Not much there yet except for this Eastern Imperial Eagle. [correction: I first identified this as a Steppe Eagle. Barak Granit id'd it as an Eastern Imperial, probably 6th cy.] 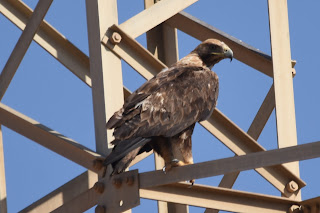 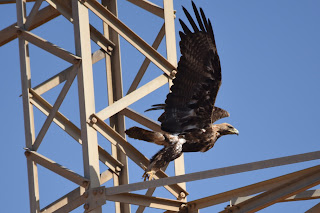 I also saw a large falcon on the pylon most favoured by last year's Saker. Perhaps it has returned?

Finally, I stopped off at Besor Reservior to see how it was doing. This Namaqua Dove flew across the track, 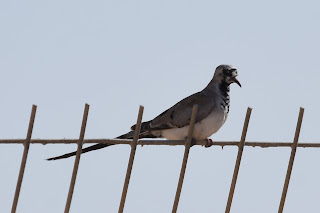 and while manoeuvring to get a better angle I saw five others! One on the floor made seven. Perhaps this is the happy result of a successful breeding season. 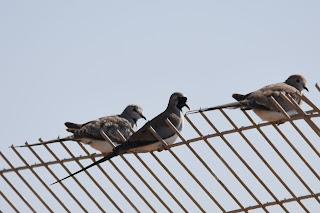 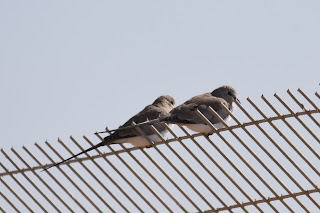 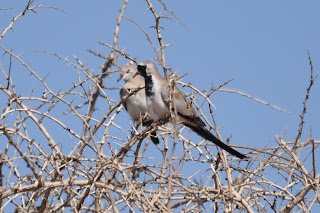