My wife and I went north for the weekend. It wasn't a bird trip but the spectacle of the 25,000+ cranes at Agamon Hula is worth seeing. A Demoiselle Crane made an additional temptation for me and it had been seen for the past couple of days deep within the reserve. When we arrived I was told that two were now in the area - a juvenile and an adult! But, how to find a different crane in all the cranes . . . ? 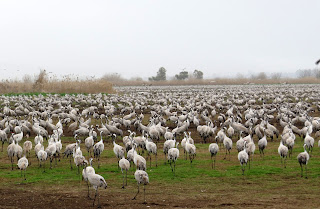 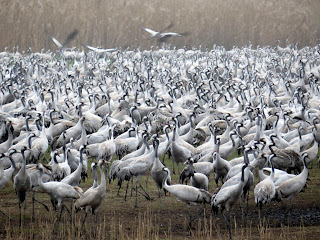 The answer, for me, was taking the sunrise 'Safari Tour' (Scops Owl calling in the pre-dawn wait) and the sharp eyes of Noa and Anat who quickly spotted the juvenile. 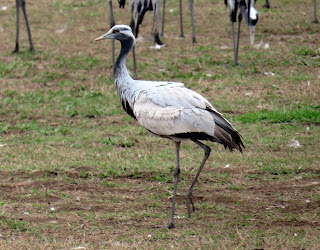 A little while later I just managed to single out the adult in the throng.... 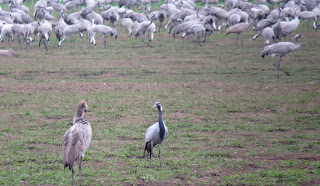 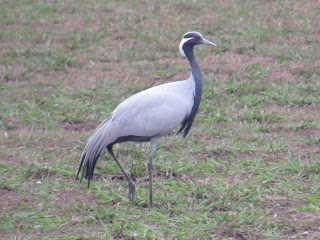 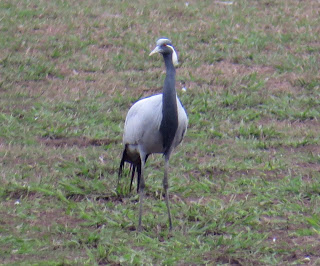 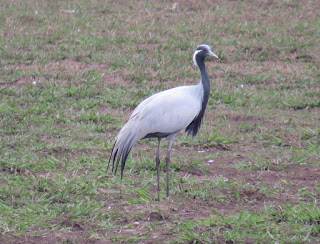 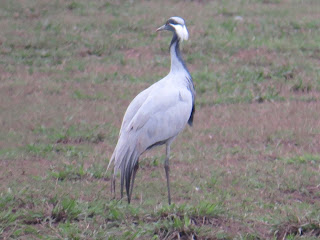 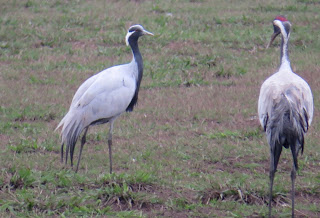 The cranes didn't seem particularly bothered by this Jungle Cat 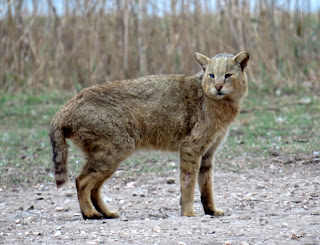 or this Golden Jackal. 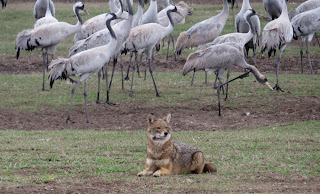 The cranes are much more interested in their morning feed. 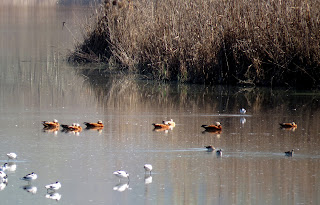 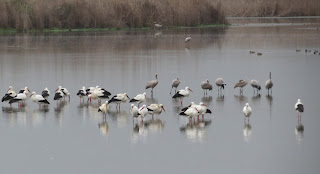 as well as Spoonbills, Pelicans and a small group of Flamingos. 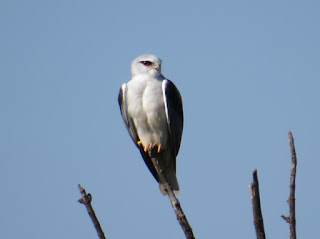 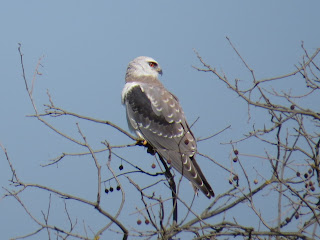 A couple of Greater Spotted Eagles and an Eastern Imperial Eagle added to the enjoyment.

At the Hula Lake reserve I heard several Black Francolin and Great Spotted Cuckoos singing but couldn't see them. The White Tailed Eagles were in their favourite trees 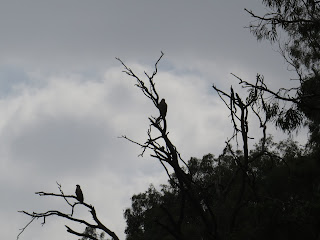 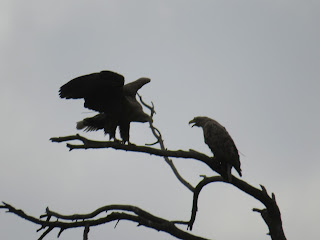 and a quick tour of the reserve turned up a few Black Storks, a cracking Marsh Sandpiper, 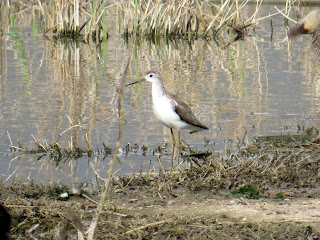 some great views of Glossy Ibis (very common but, like Starlings, endlessly variable depending on the light), 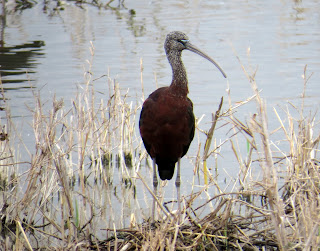 and dozens of Marsh Harriers around. 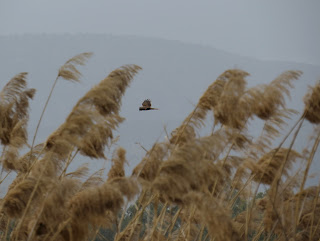 For an ostensibly non-birding trip this was a truly memorable few hours in a beautiful part of the country. 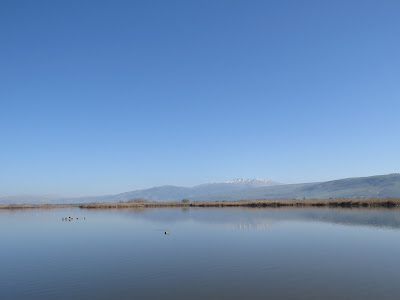