A fairly weak start to October but September finished with a fantastic home patch (and Israel) tick - Nightjar! I was walking the dog and passed within 1 m of the bird roosting in a patch of dead leaves under a shrub. It flew off as I was fumbling for my camera and I couldn't relocate it. A two second view but so close!

Golden Orioles are still around/passing through. The last few years' migration here were characterised by GOs coming through in small groups within a short period. This year I've seen many singles over many weeks. 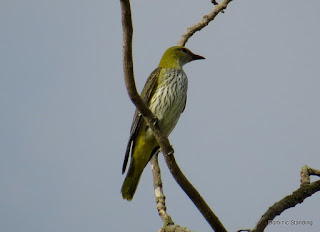 The first Peregrine of the winter flew across the fields this morning. A dozen Cattle Egret, five Black-winged Stilts, half a dozen each of Wood and Green Sandpiper are at the sewage pond.

Besor is quiet - the crakes have left but there seem to be more Water Rails around. 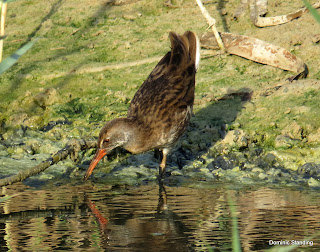 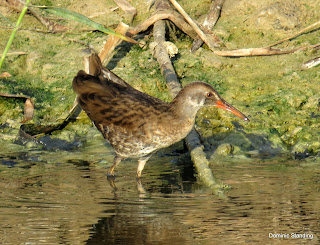 Finally managed to get a reasonable couple of pics of a Kingfisher. I suspect that this one was less concerned with me and more focussed on whatever it was that was lodged in its throat. 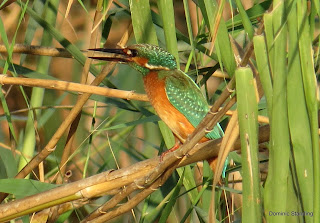 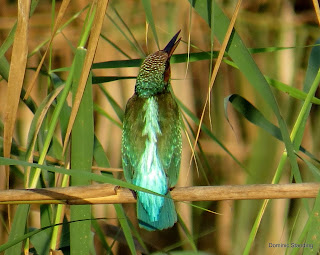 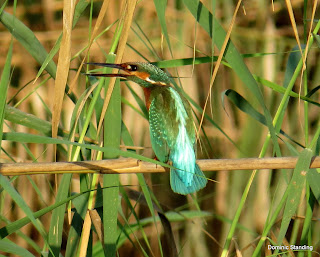 Swamphen numbers appear to have dropped with the water level - this pair and one other remain. 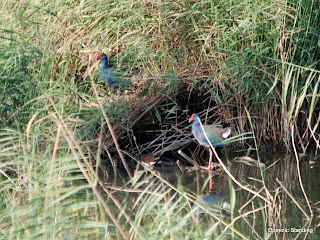 Short-toed Larks have been arriving in small flocks. These ones joined the Yellow Wagtails, Northern and Isabelline Wheatears on the lettuce fields. 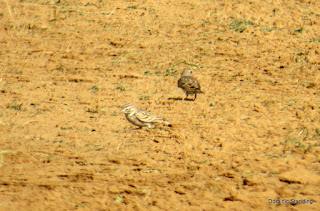