Black-winged Kites - both vociferus and caeruleus together?

UPDATE: Long story short: no, it looks like these are two vociferus birds. The hugely experienced Barak Granit pointed out that the 'odd' bird had shading on the secondaries and this is similar to many of the vociferus birds he's seen here. Ok, we live and learn - that's the fun of it!

(with thanks to all those who offered advice)

Went out again this afternoon to 'do more research'. Found both birds several km away near Ein Hashlosha. 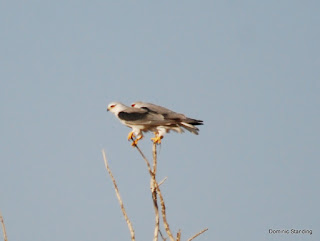 So, two birds, one obviously vociferus with the black trailing edge to secondaries, 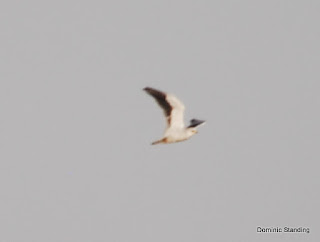 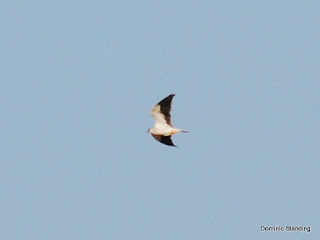 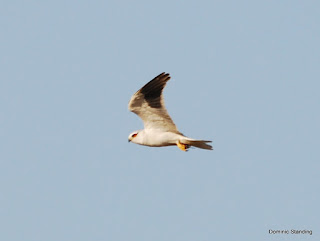 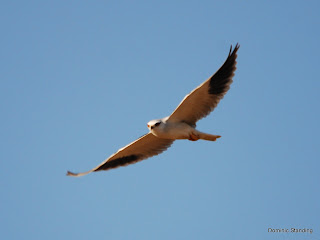 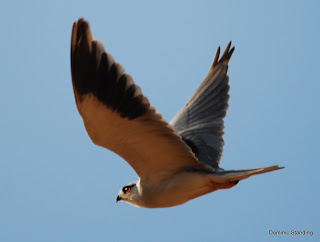 . . . clearly does NOT have a black trailing edge to the secondaries - E. c. ceruleus? I'm inclined to think so but I'm open to discussion.

Hooded Crow being tough but the kite saw it off. 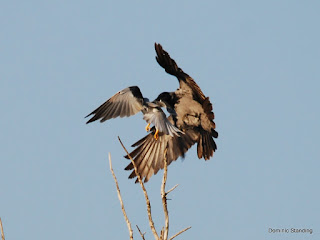 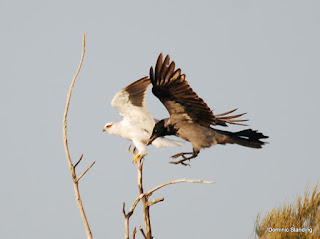