A hour's walk around HaBesor Reservoir was well worth it. Lots of common migrants around, most notable of which was a big passage of Cretzschmar's Buntings - the first of the year for me. It was all about fences today - the one around the upper reservoir was jumping with buntings. 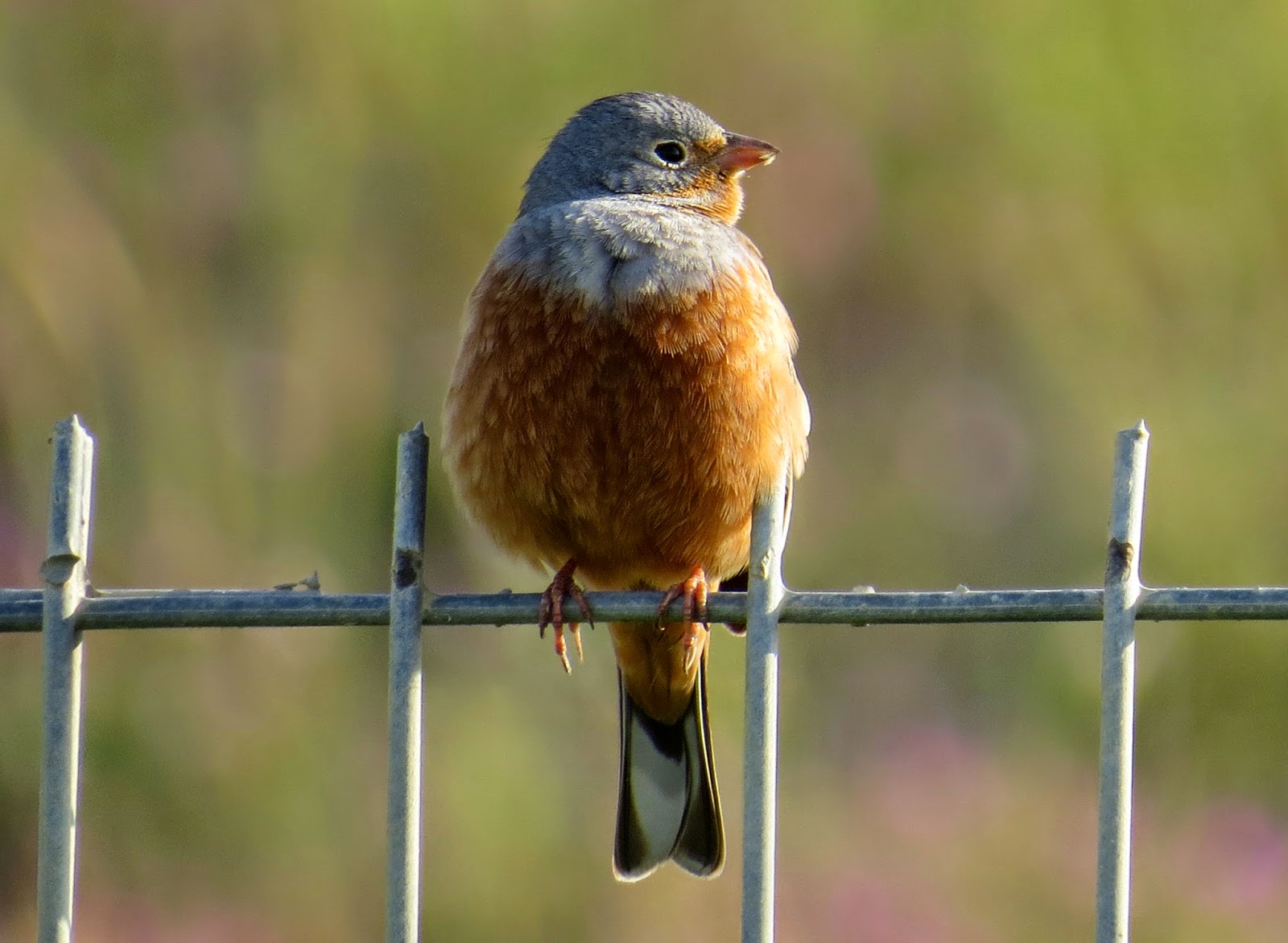 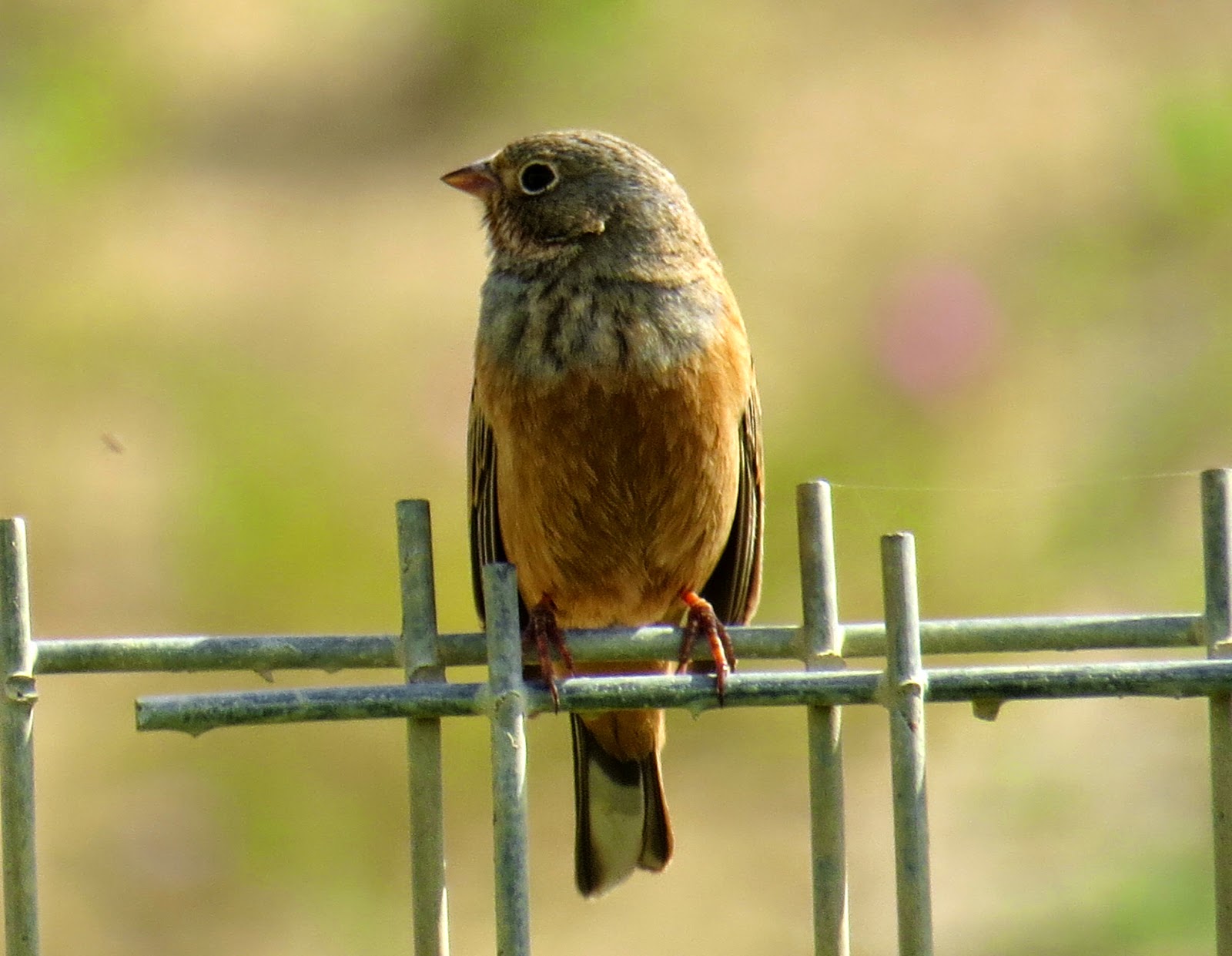 Also on the fence - a Wryneck, 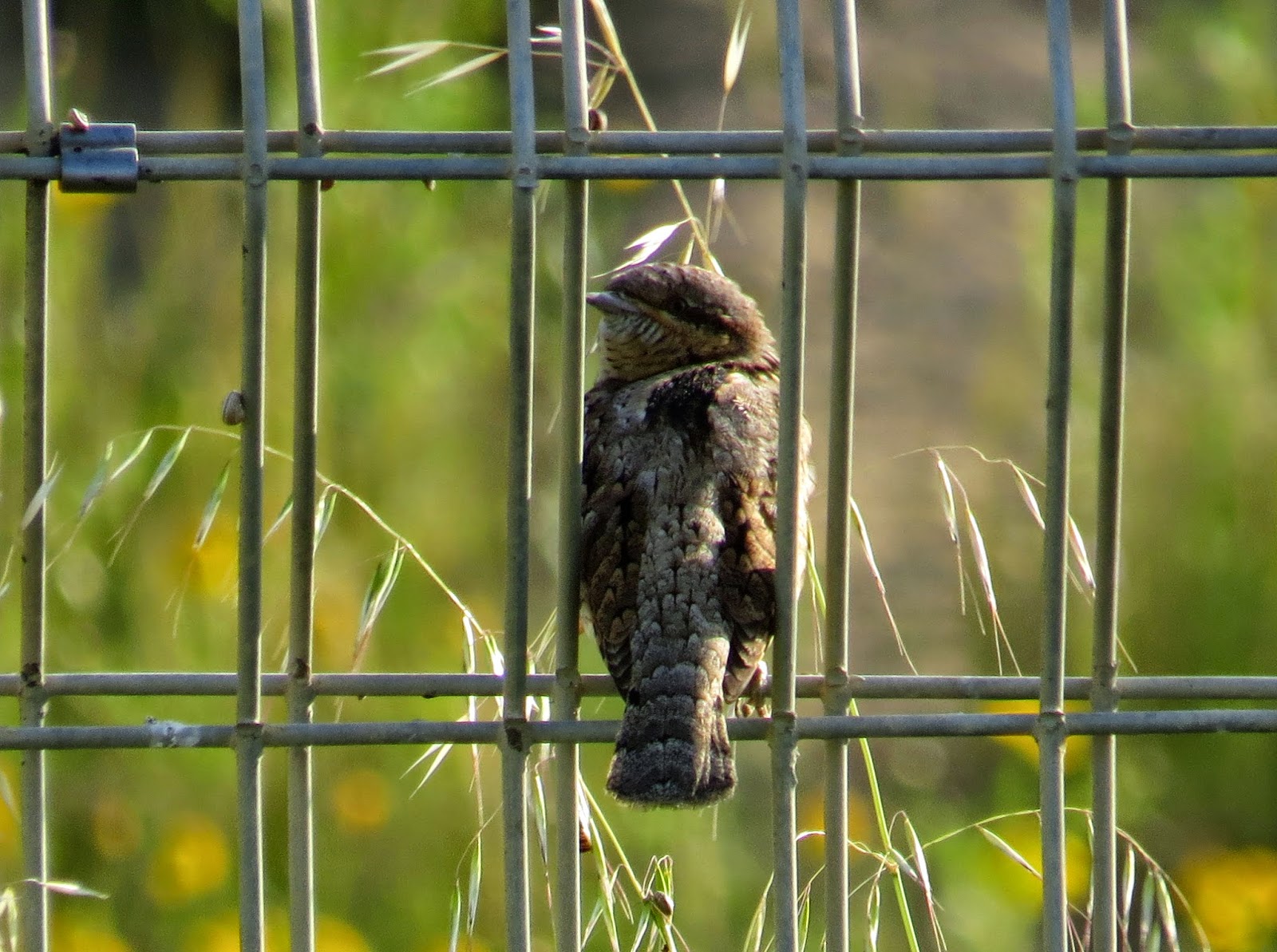 and continuing the fence theme, a white spotted Bluethroat 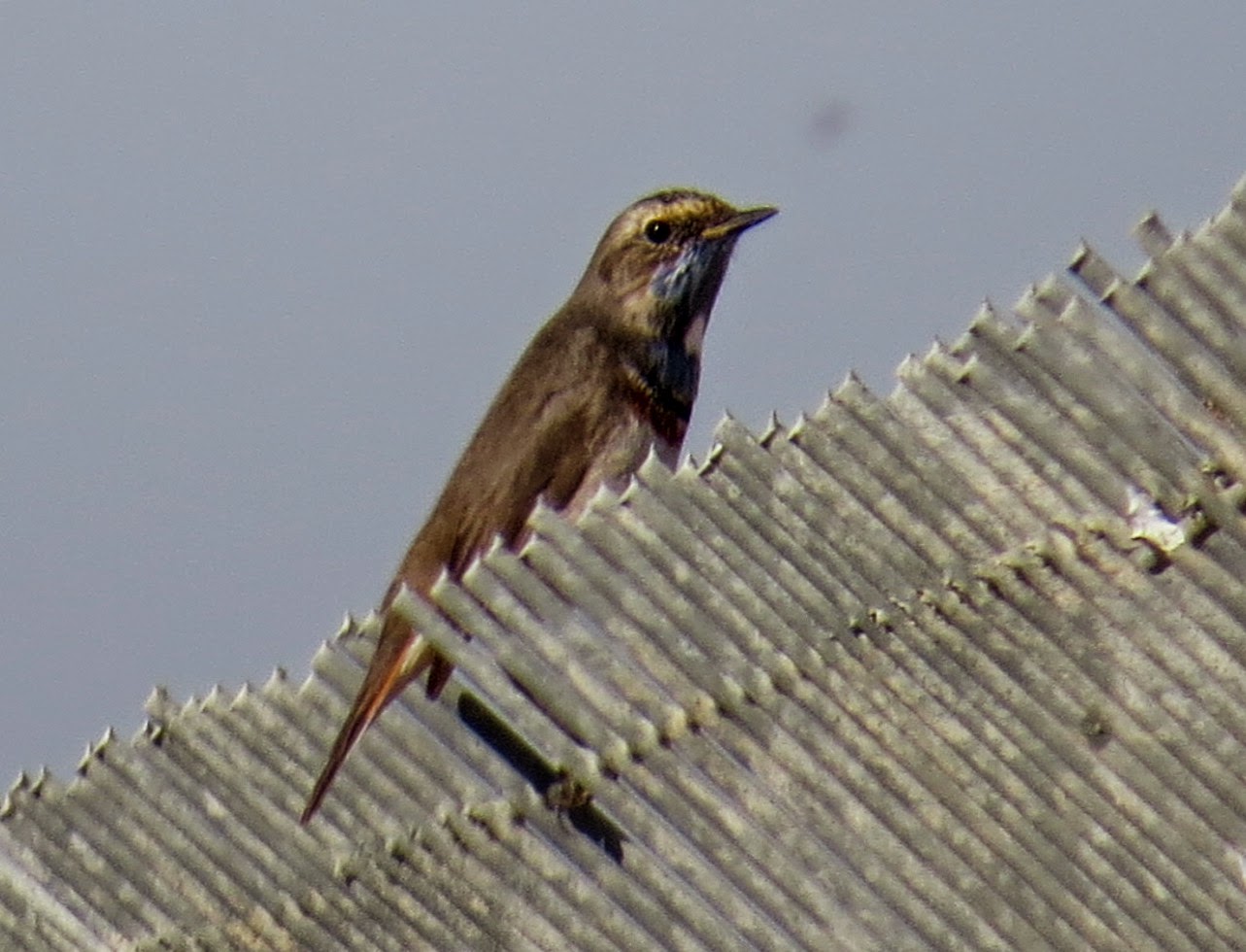 with a red spotted cousin on the fence across from it. 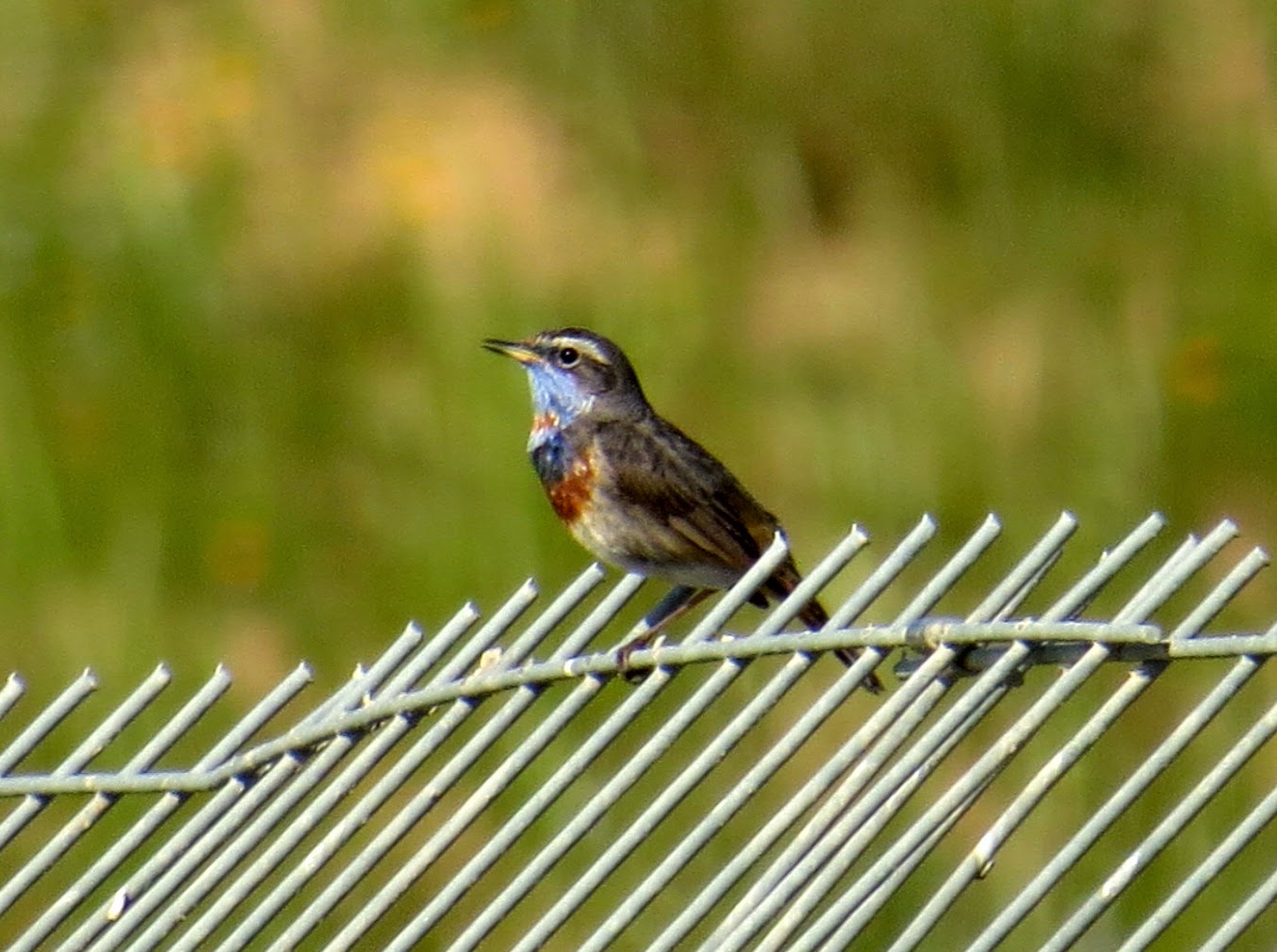 The fence motif continued with a pair of Little-green Bee-eaters, one of which posed well for me. LGBs appeared here last year too - perhaps this is a newly established northern extension to their range? 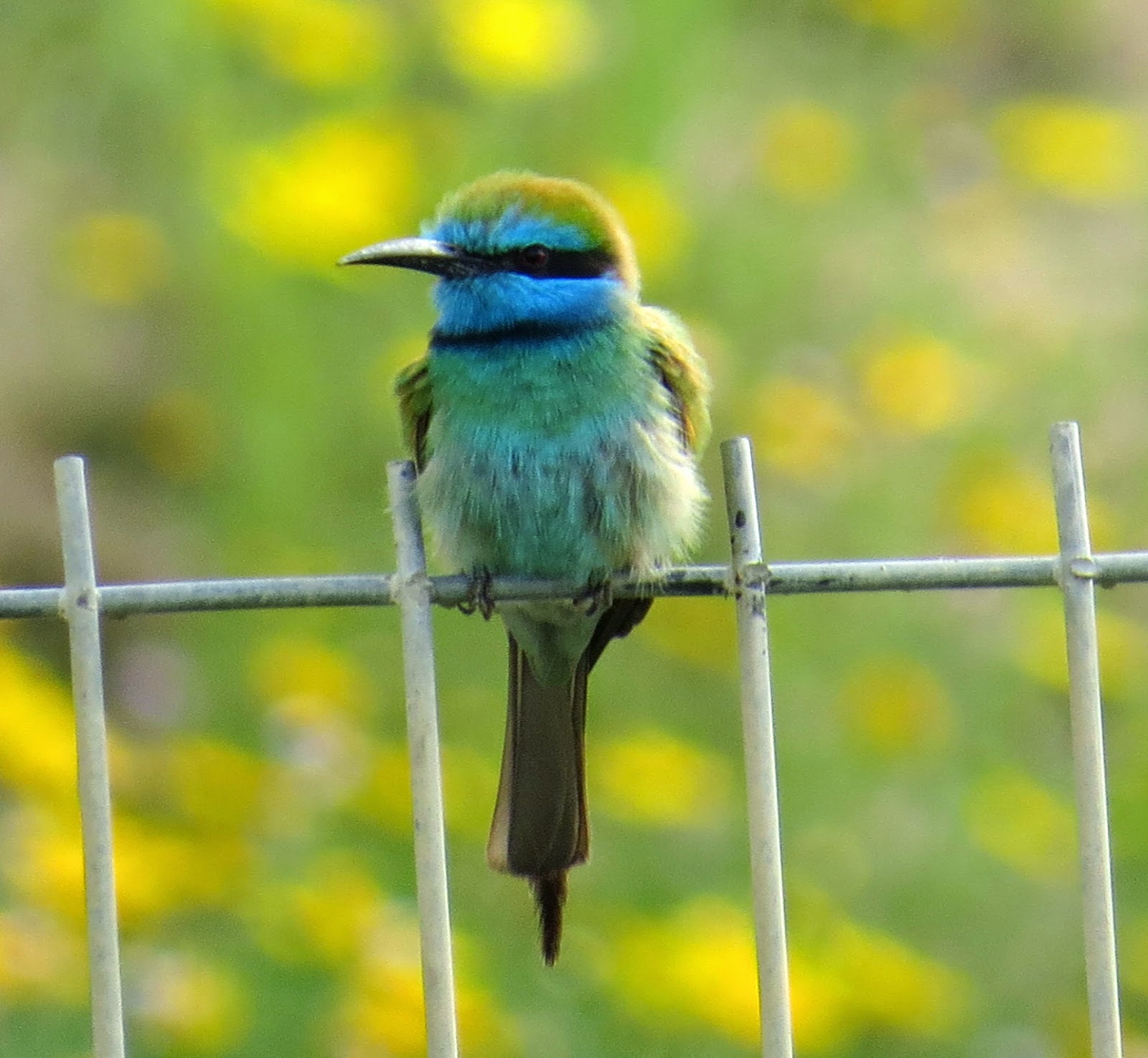 Other migrants were Lesser Whitethroats and Chiffchaff by the bucket, a few acros in the reeds and a Reed Warbler in the flowers close to the fence. The Pied Kingfisher is still around but otherwise the reservoir itself was quiet. 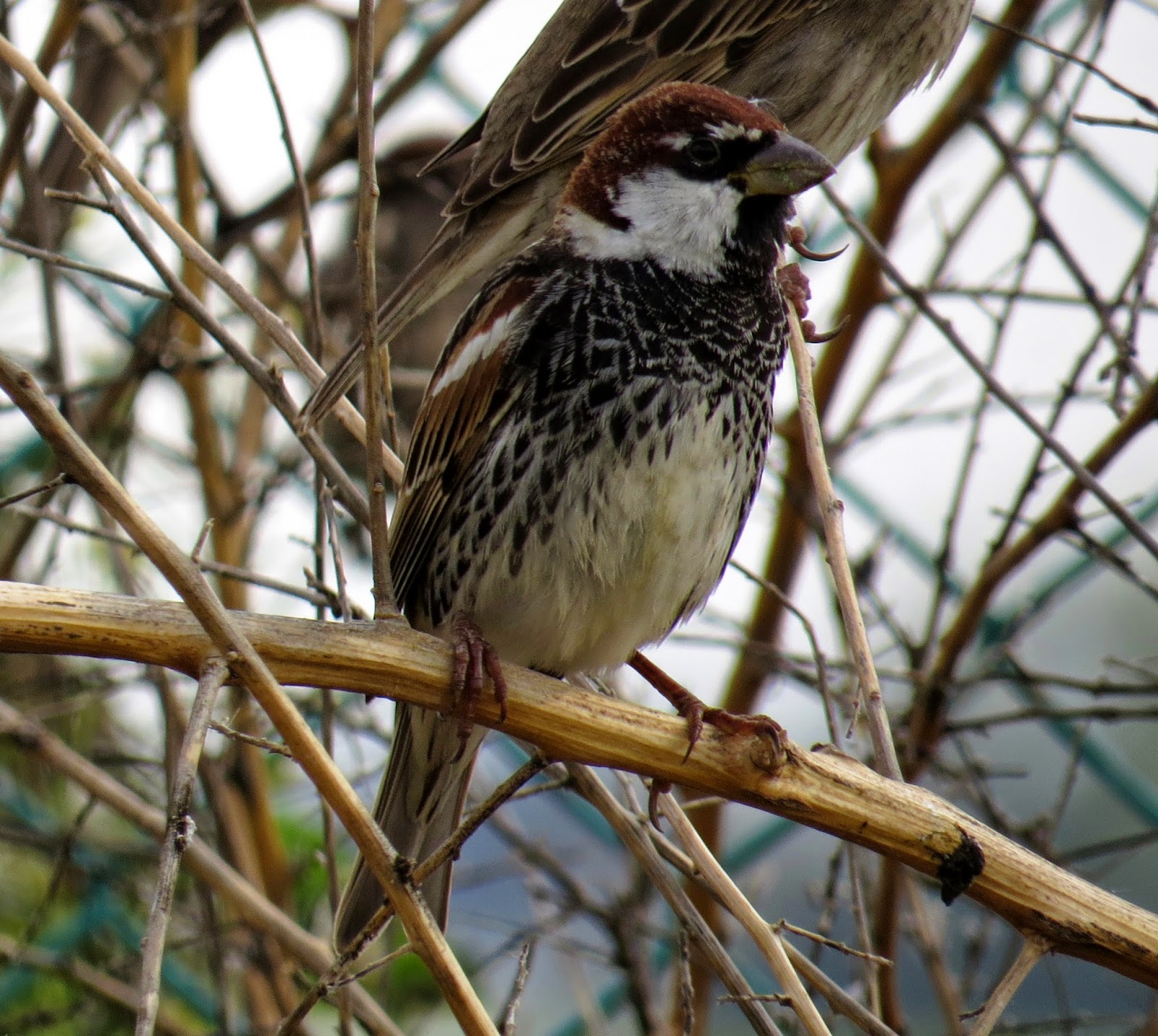 and a Chukar near the kibbutz. Apparently Chukars used to be common around here and then disappeared for a long time. Good to see they're making a comeback. 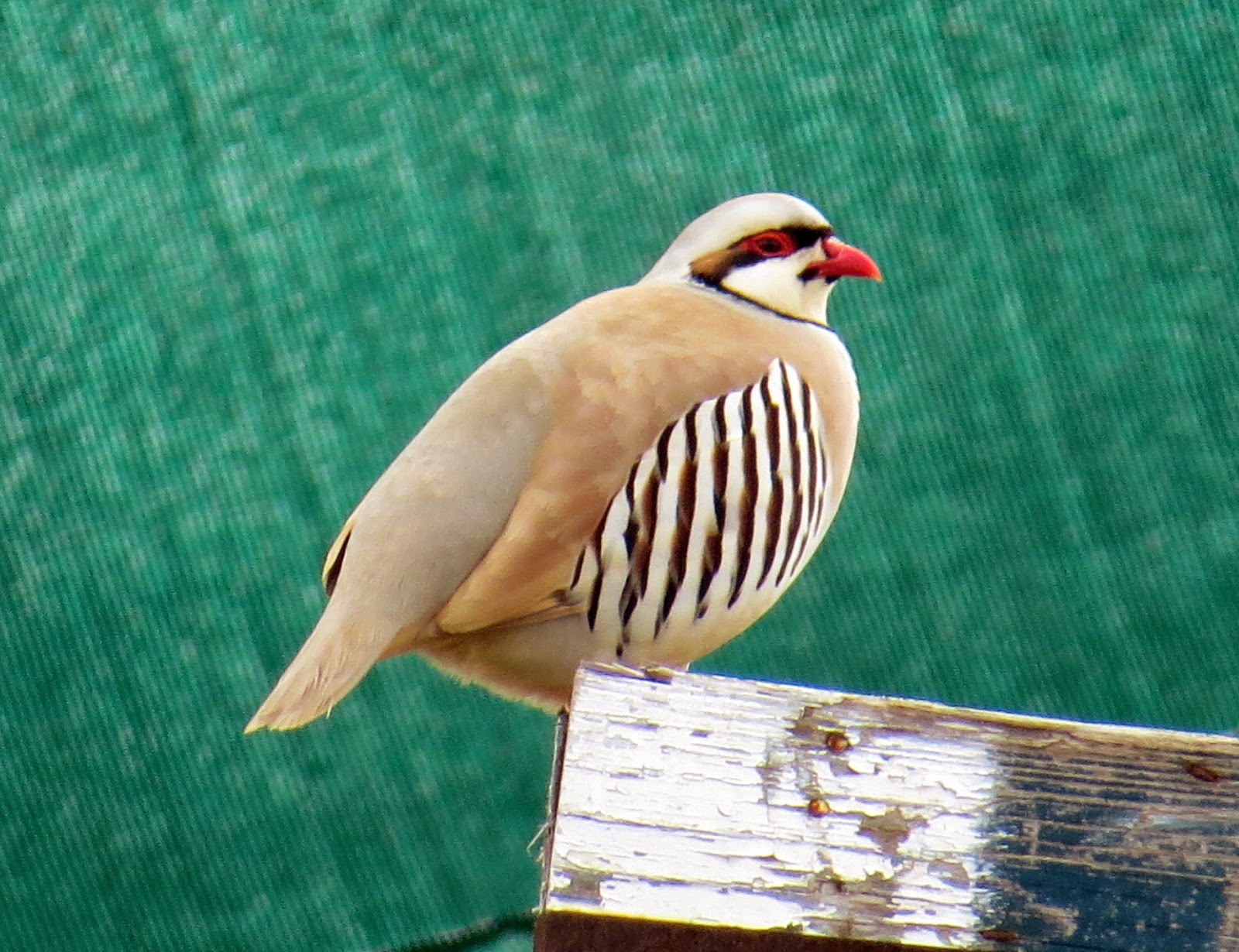 Finally, an Arabian Babbler at Nachal Besor on Route 222 - not a rare bird at all except for location. This is the furthest NW I've seen them.
at March 17, 2015