A beautiful day to be out and about. Early March is a fantastic time to be here. 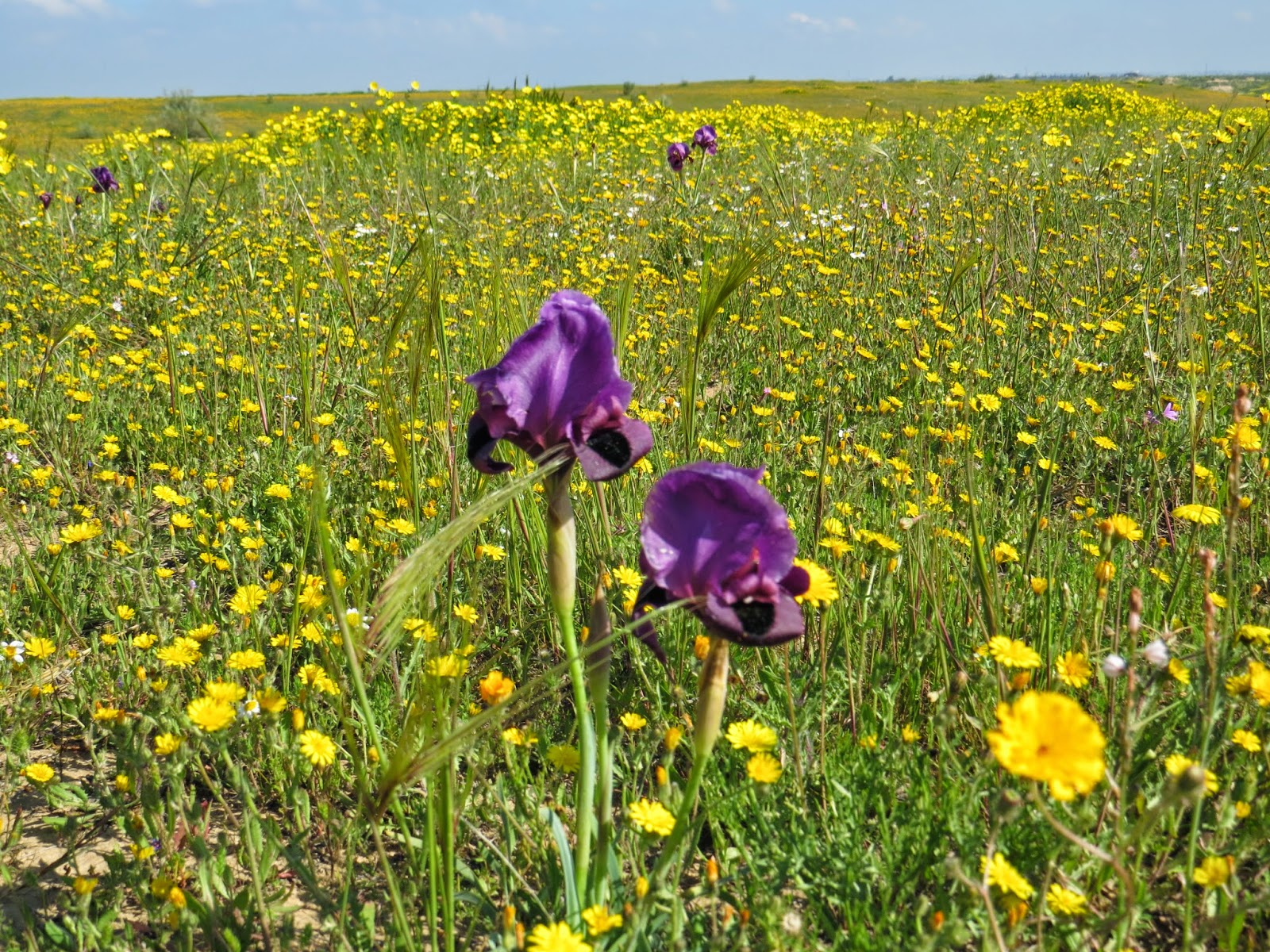 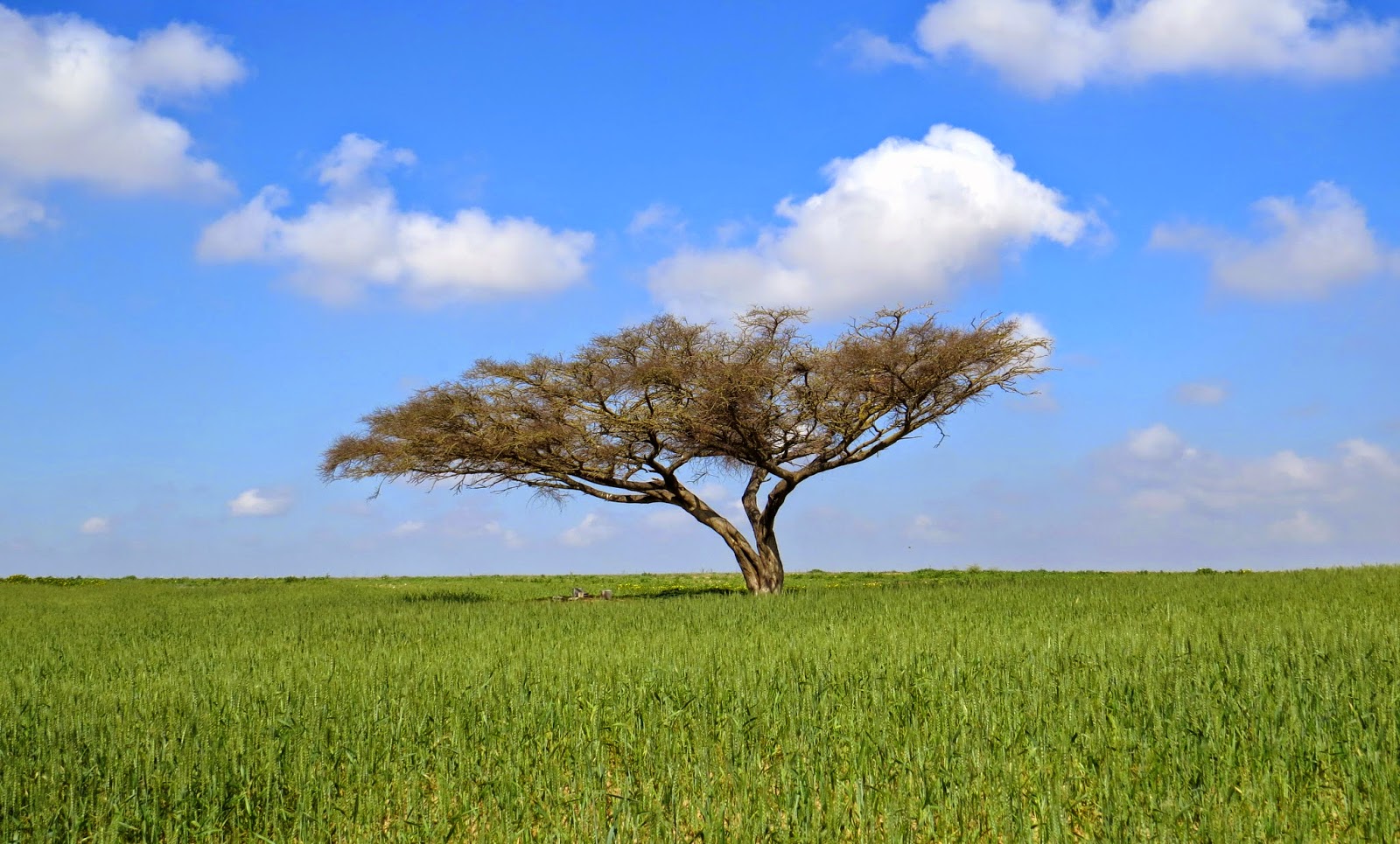 The Besor Reservoir looks very different after the floods and subsequent pumping. Lots of mud but the water level is slowing returning. At least two Purple Swamphen were visible in the remains of the reed beds. Every bush seems to have beautifully turned out male Stonechat on it, with a few Whinchats starting to arrive. Lots of Bluethroats, Black Redstarts, Chiffchaffs, Lesser Whitrethroats around. Overhead are the first Swifts and House Martins. The Pied Kingfisher is still here as are two Marsh Harriers.

The Hooded Crows were, for once, keeping a low profile - presumably because of this hunting Lanner Falcon. I'm thinking the pale vent and pale underwing indicate ssp. erlanergi but I'd be happy to hear differently.

Great Spotted Cuckoos are a regular sight here but usually only give fleeting views at best. I was not expecting such fantastic views of four! A pair calling to each other in a track side bush . . . . 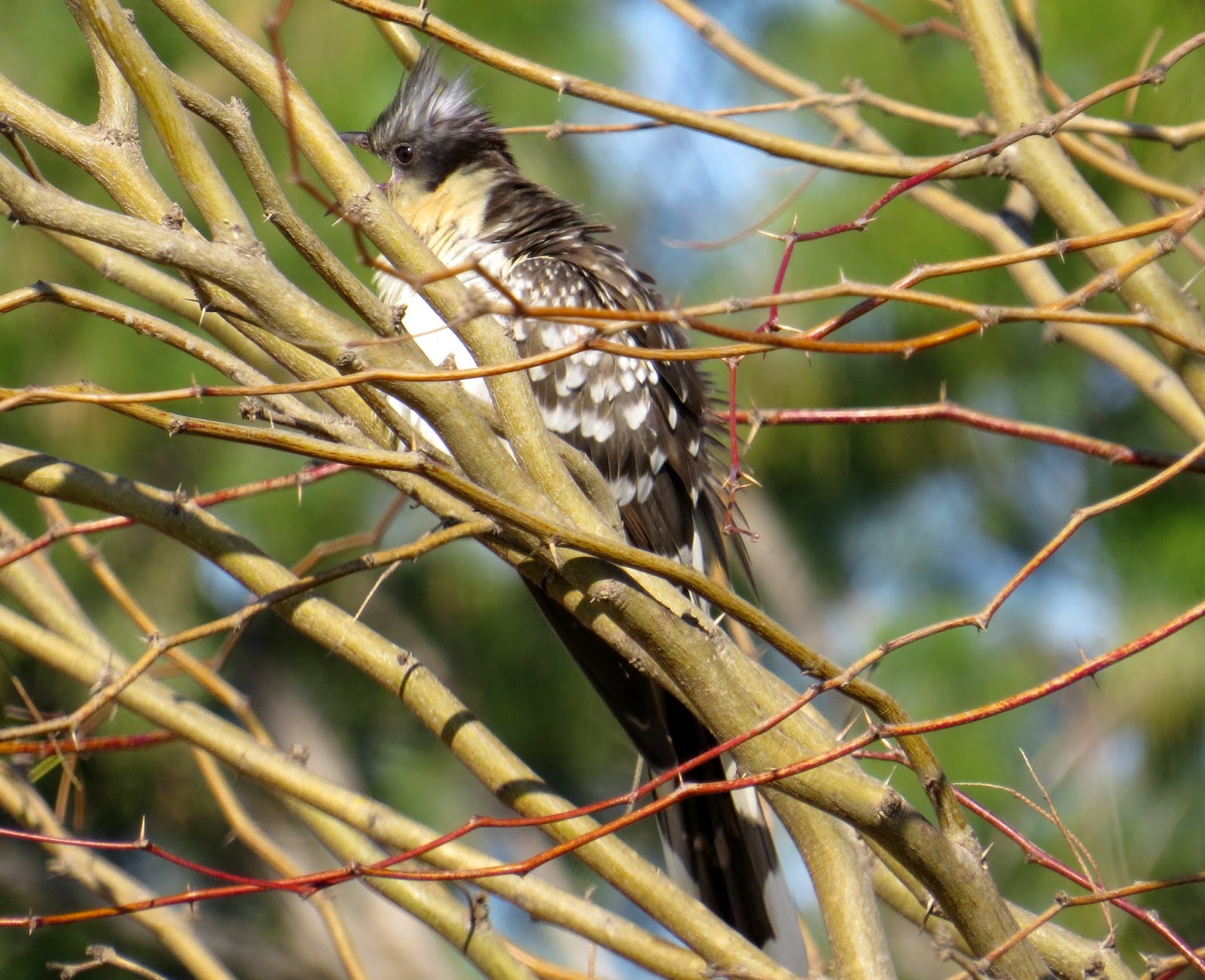 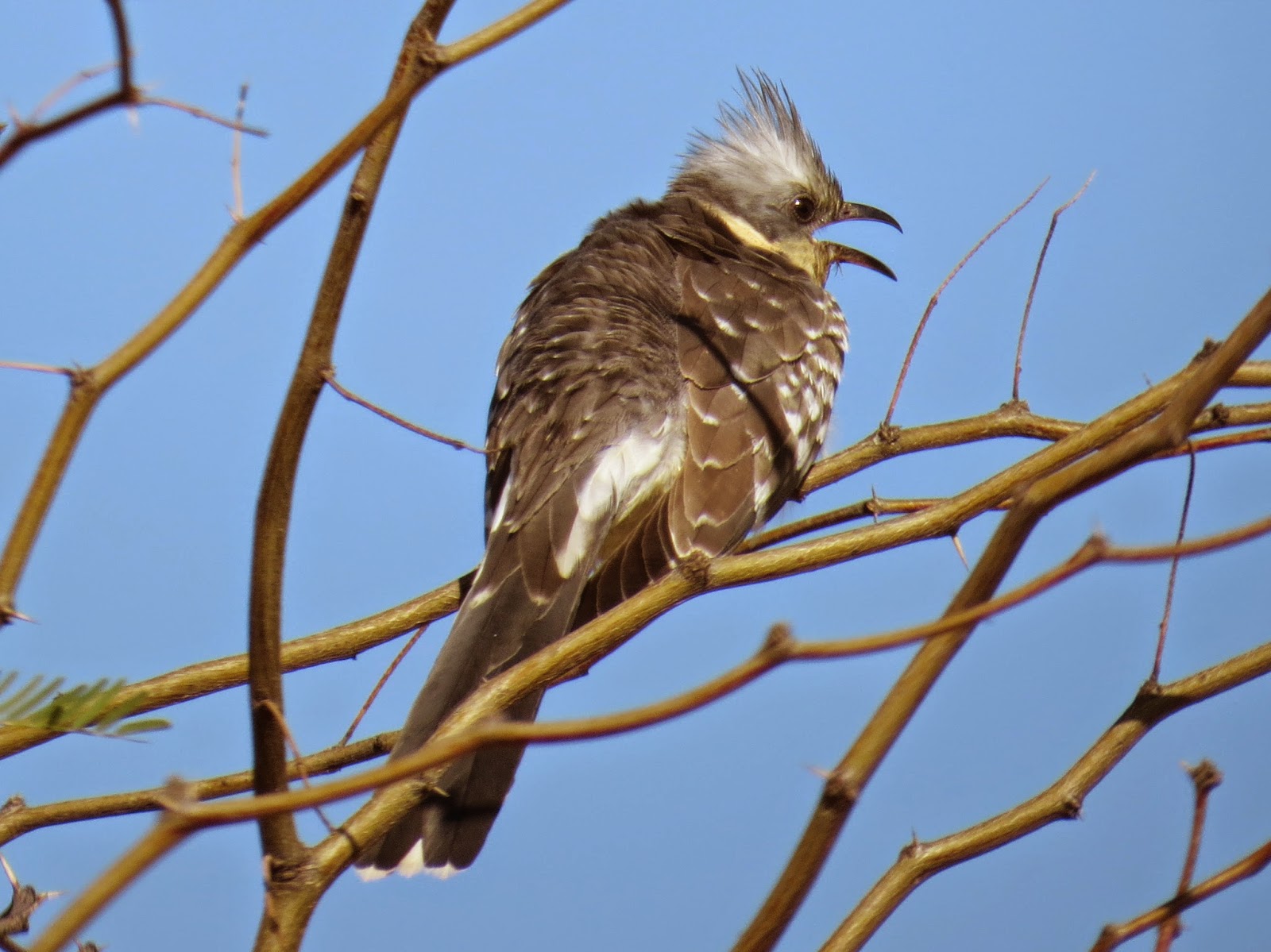 Another pair - more interested in each other than me. 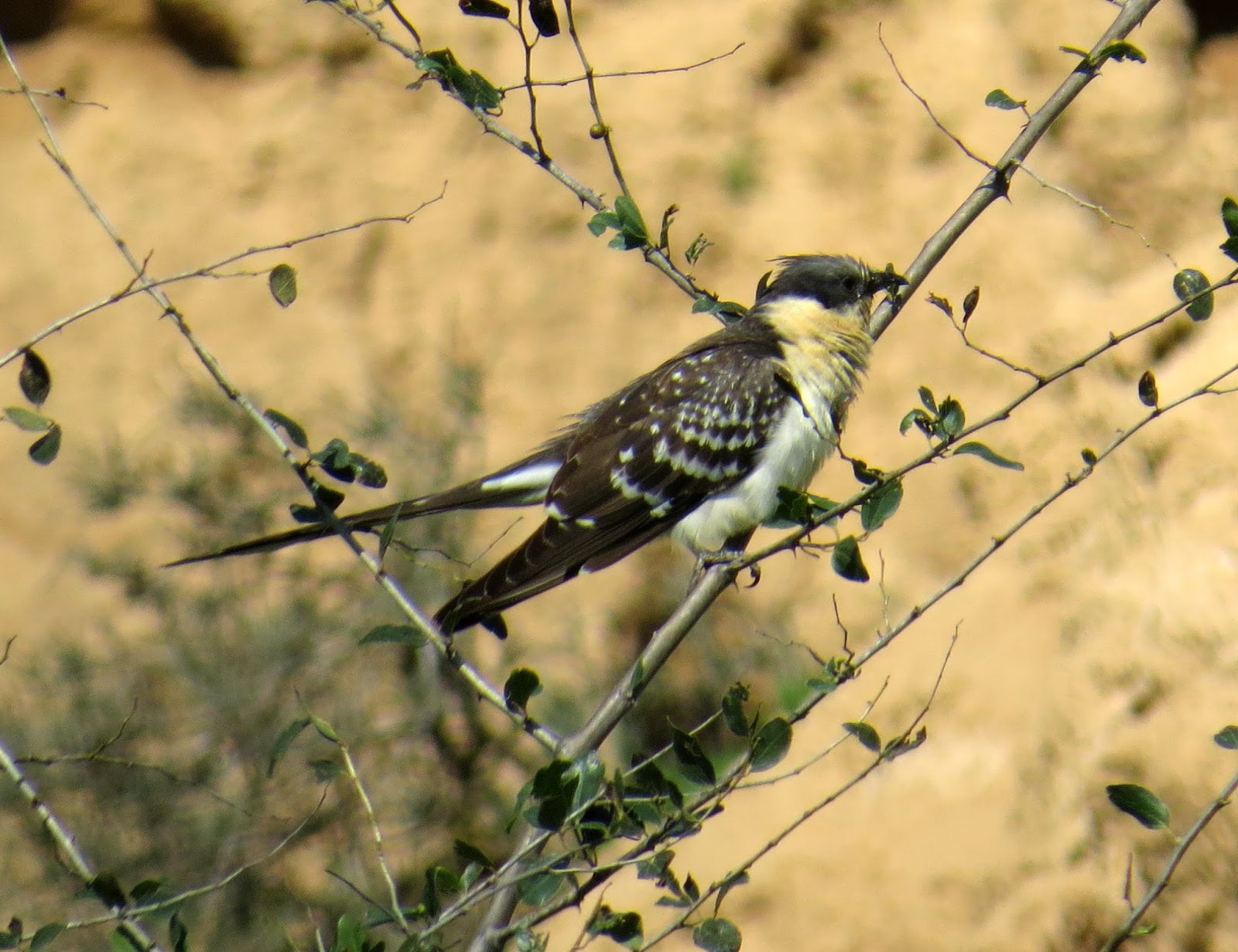 New Besor patch birds were Reed Bunting (brief views only), Quail (calling from the long grass), a party of Jackdaw, and a Little Owl standing in its nest burrow.

GS Cuckoos are a real favourite of mine but bird of the day was this Redwing. Garden bird of the year, so far! 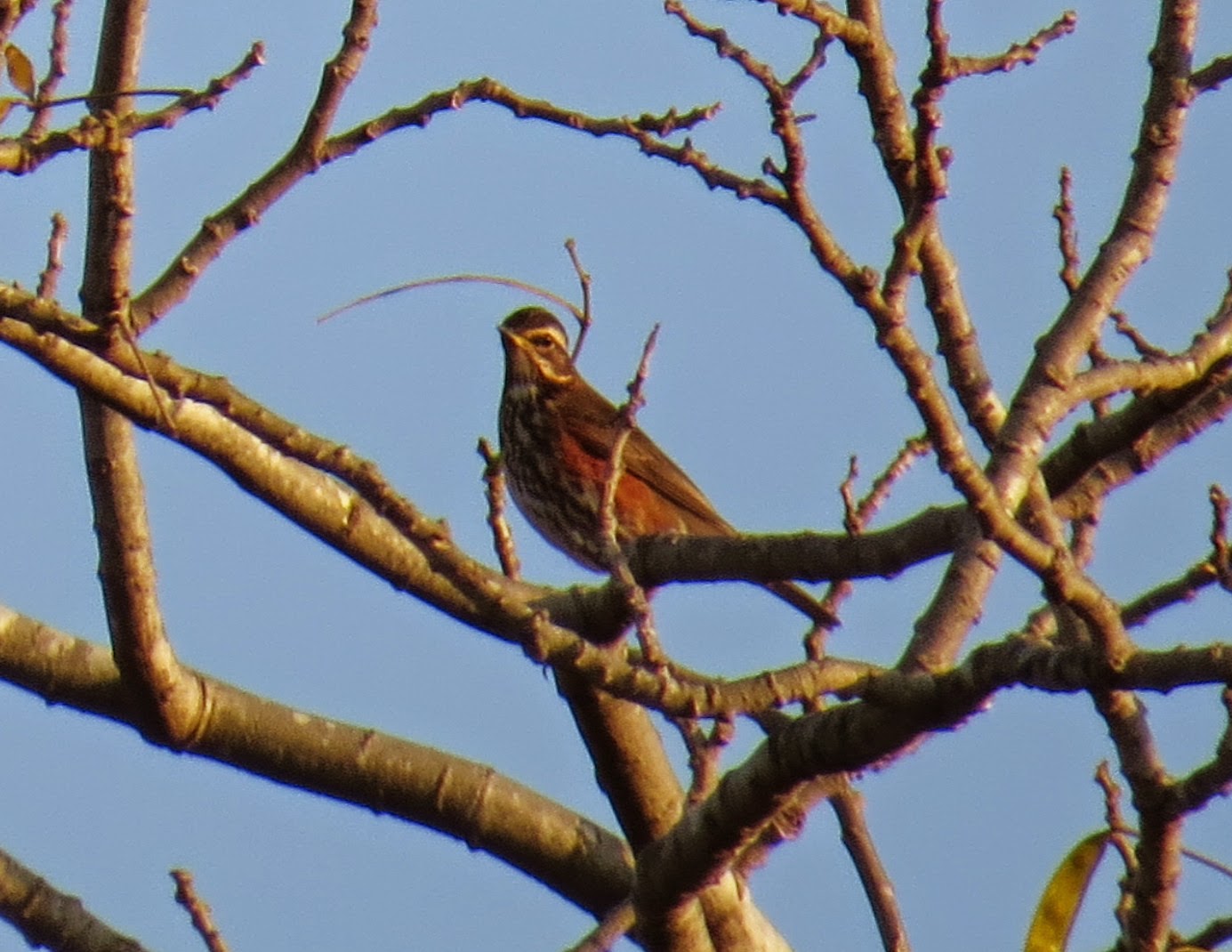 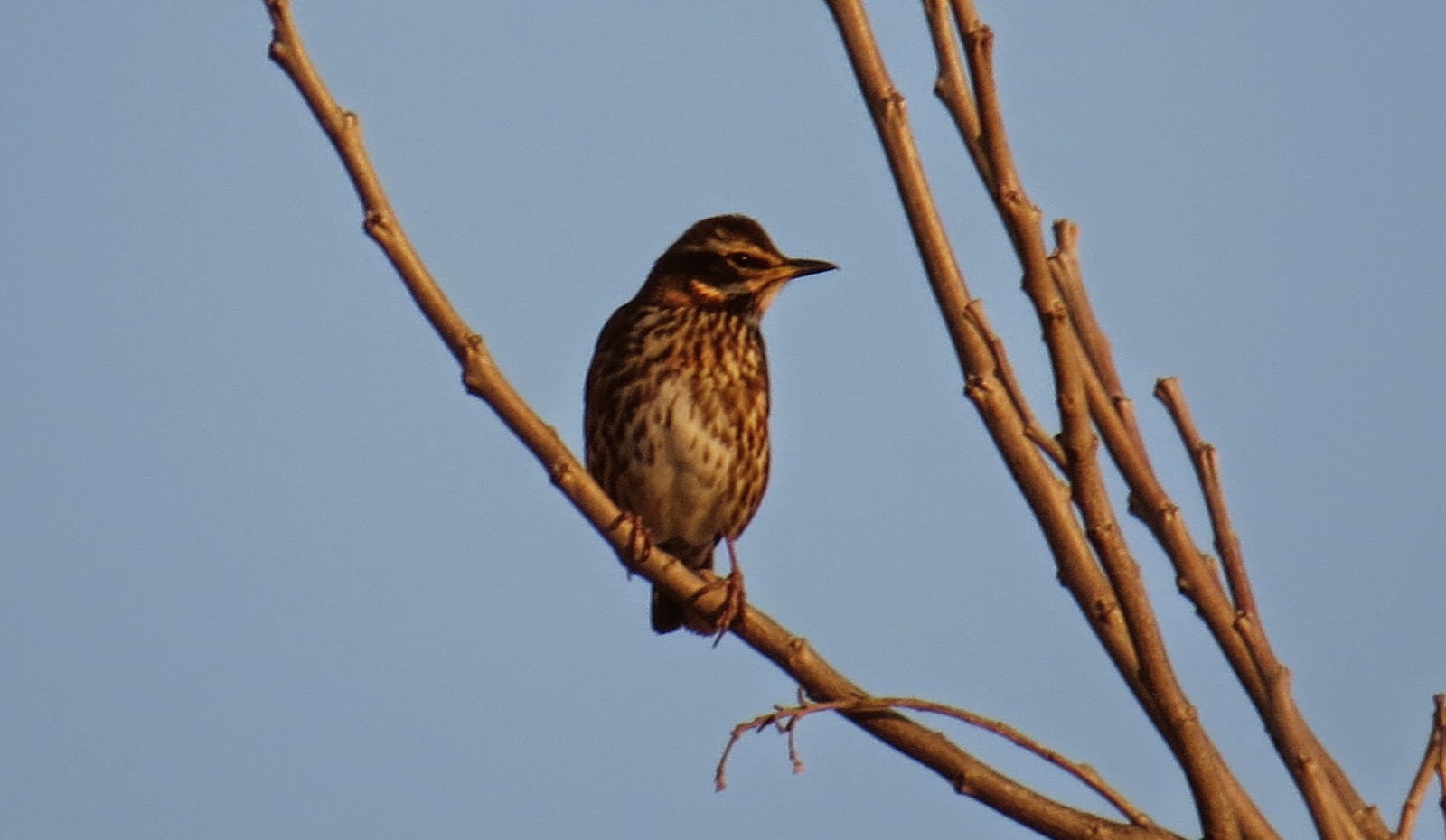