This Merlin was sitting by the road side this morning. I usually see them in flight, zipping low across the fields and this is the first one I've had really good views of here. Very pretty falcon indeed. 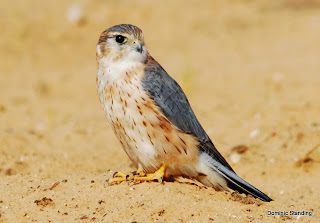 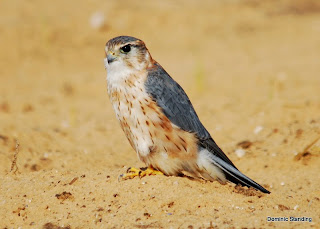 By chance I also stopped by some pools near Magen. I hardly ever bother checking these pools as there never seems to be anything on them except for Egyptian Geese. I'm  glad I did today though as a single Ruddy Shelduck was sitting on the bank. A new patch and country tick for me. I'll be keeping a closer eye on this site from now on. Correction: apparently this is probably an escape from Magen. Oh well, it goes the same way as the Purple Swamphens from the Besor Reservoir . . . . 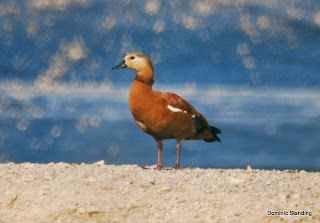 A flock of nine Lapwing was in the fields by the pools, 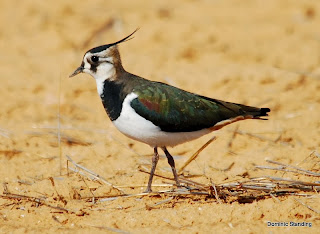 I suspect that last year's military actions here have displaced a lot of the Nir Oz wintering species to other areas. No Starlings, no Eastern Imperial Eagles (but one adult in the fields to the east of Nir Oz), no Cranes, fewer harriers, fewer larks, pipits etc. I hope this change is not permanent.

I don't have any specialist knowledge of these things but the Merlin has clear similarities to the pallidus Merlin on Yoav Perlman's blog, especially lack of moustatial and generally pale face and also the fine breast streking seems at odd with a Eurasian bird. I'm sure you've considered thisyourself too.