An afternoon tour of the fields today was reasonably productive. Beautiful autumn weather with a cool wind, big clouds and bright sunshine. Masses of Black Kites sitting on the irrigation equipment apu, a few of them flying up to mob a passing Marsh Harrier. Above the western fields I saw a flock of c. 15+ falcons. Several Red-footeds amongst the Kestrels. The beautiful autumn weather made taking reasonable photos almost impossible - the birds were distant, the wind too strong and the sun against me. Below are the best of the lot but they are pretty poor.

First off, this fine female Kestrel has escaped its trapper but kept the jesses. I wish it luck. 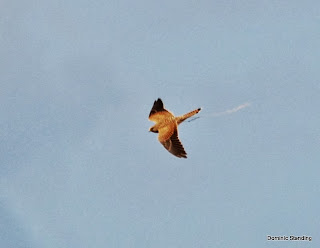 The Kestrels and Red-footed Falcons were up and down and flying around - no way to keep a count. This fantastic male settled onto the field for long enough for me to grab a wind/distance blurred shot. 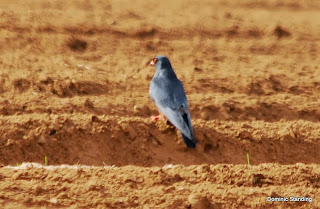 The next four are juveniles - beautifully plumaged birds. 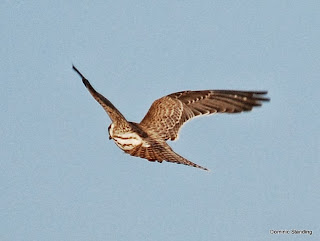 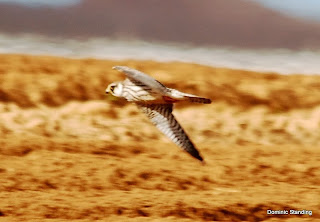 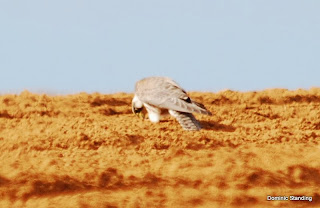 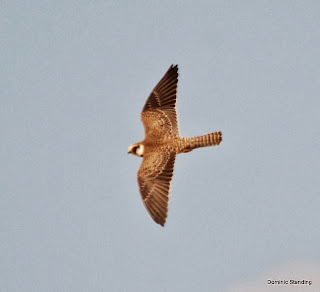 It was great to see such a flock of falcons - just a pity that my photographic record doesn't do the experience justice.
at October 19, 2013