It's been a really good few days at Darren Burns' ringing site at Sde Boqer. A Sooty Falcon passed over yesterday, and a distant Montagu's Harrier the day before. Very large numbers of Willow Warblers with lots of other species present too. Star of the show so far was this cracking little Red-breasted Flycatcher: 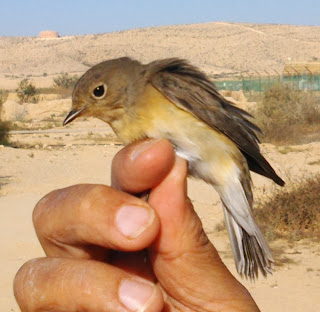 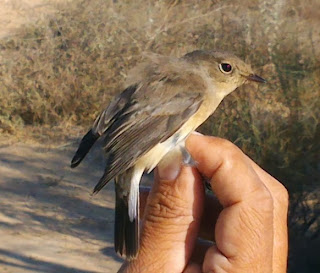 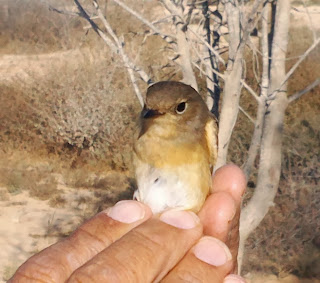 But this juv. Common Rosefinch was as a strong contender too. 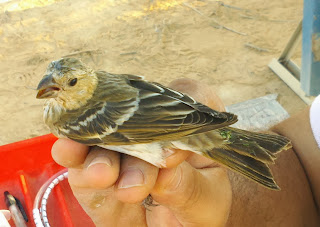 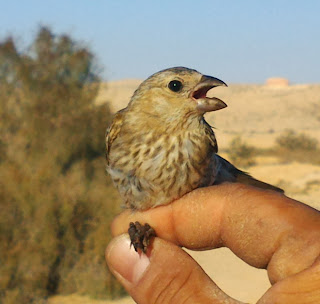 A couple of days ago we caught a Icterine Warbler, a national tick for me. 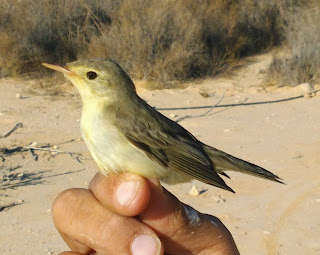 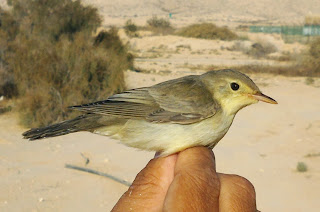 And this Marsh Warbler made a nice addition to the standard crop Of Savi's, Reed and Sedge Warblers. 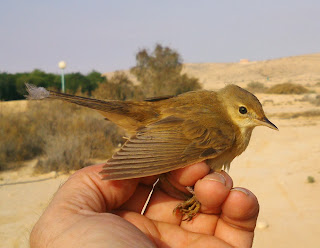 
Levant Sparrowhawks are passing though now - had a flock of about 50 over the weekend, just near the kibbutz. There's also been a huge influx of Turtle Doves but, despite some careful searching, I've had no luck with Orientalis, yet.
at September 24, 2013