Took a quick trip to Ha Besor this morning. Great to see so many migrants coming through. First off was an overflying Spotted Eagle, 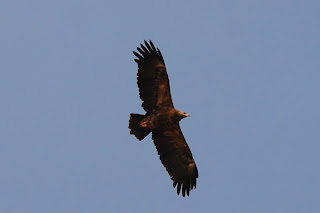 followed by three Spotted Crakes in the channel below the damn - the water level is just right for them now (the light was terrible so it's back to record shots). 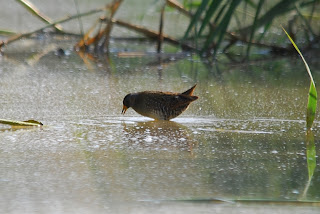 A Greenshank was feeding amongst the Black-winged Stilts and various sandpipers. Large numbers of Reed and Sedge Warblers around and lots of Nightingales calling from the undergrowth. 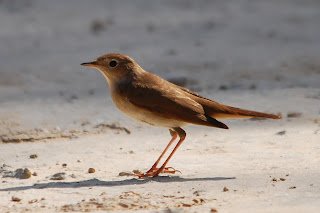 My first NW Negev White Pelican (still in winter plumage) flew past and my first Kingfisher of the year flicked along the edge of the reeds by the main reservoir. Very many Common Swifts and Hirundines (Swallow, Red-rumped Swallow and House Martin) overflew, dipping down to the water occasionally to drink. Three Marsh Harriers quartered the reed beds.

Inspired by the thought of more Harriers I returned home via the Urim - Re'im road )one more Marsh and one Hen Harrier) but the high spot of the morning was a scattered flock of five Roller near Tel Gamma. 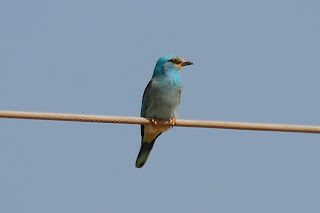 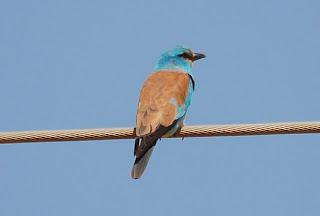 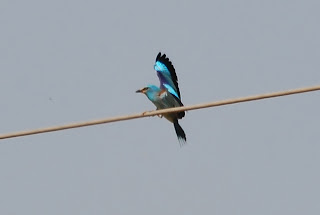